Shame on me that I did not realise our Chinese New Year Festival has been with us for TEN years!

At the excellent web site http://www.chinesenewyear.co.nz, I learn that...

In 2005 and 2007, the Chinese New Year Festival organising body, Asian Events Trust (AET), was the proud recipient of Arts and Culture awards. AET was recognised as a voluntary organisation whose event makes the city a better place and strengthened the community.

They are resposible in organising our Chinese New Year celebration program.

"Celebrated worldwide on Thursday 3 February 2011, this is the first day of the Chinese New Year calendar. In Wellington, the Festival runs over two weekends, 5-13 February 2011, with a showcase of colour and vibrancy. So share in the magic, fun, fashion, fireworks and international entertainment – join in and enjoy this free event, because there’s something for everyone."

And I and Le General only went to the last day of the festival, the street parade! Tse, tse, tse ;)

On Sunday, we were at the street parade, it started spot on; 2 pm and 20 minutes later, it was all over! I remember the previous parade was much longer? Or was the WCC traffic control got more efficient? 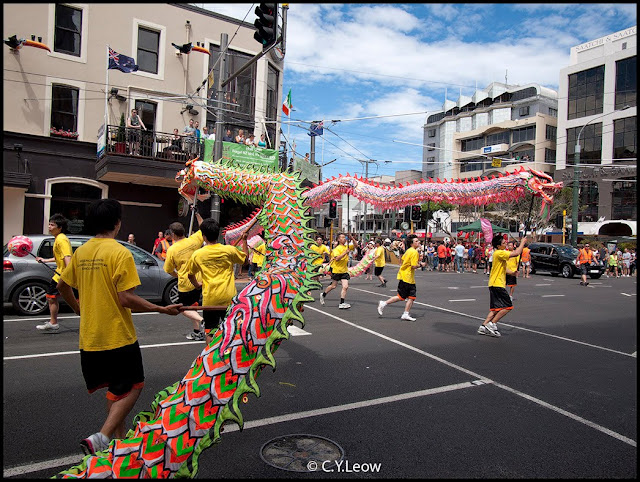