Before I go ranting, I assumed all of you understand how a Single Lens Reflex (SLR) camera work. If you don't, please read it here in Wikipedia. 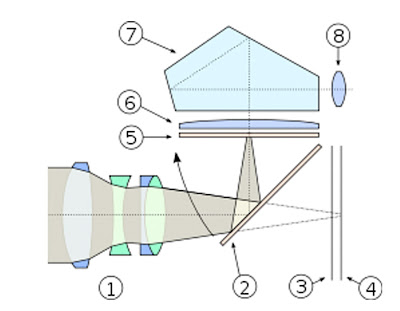 Cross-section of a SLR camera

When we were in London on the 26th April I received a SMS from my boss that ex colleague and good friend Frank has died of a heart attack!

It is still hard to believe that Frank, who played golf everyday and 100 times fitter that me just went like that! It is so unfair!

Frank has been a very caring friend, during our house got flooded, he called constantly to make sure we are alright! Same when my wife and me had our ops. Frank was that type of friend that is indeed rare and hard to find!

All this time we are suppose to meet up with Frank's wife, Serena but the weather has been really mean most weekend; we were on the phone but never get round to meet up!

Then this morning the sun is actually shinning, the weather man was way off his radar :) I called Serena, we are at her place at 12.30 noon; after got lost at a few junctions ;)

Frank and Serena live in Titahi Bay, a 35 minutes drive from where we are. We had nice long lunch at a newly found Chinese restaurant, Top Taste in Porirua. There are a lot of catching up to do!

This article got nothing to do with The Sharper Image even though it is about sharper image ;)

By its nature, digital images from every digital cameras are slightly blurry. This is because virtually all digital camera have an anti aliasing filter in front of the sensor, such a filter involves a trade-off among sharpness. Why do we need this filter? Read about it here.

The anti aliasing filter is also known as an optical low-pass filter.

You just came home with your super duper DSLR that you deprived yourself months of fish n chips to get, put on your super duper thousand dollar zoom lens; snapping away... expecting super sharp results than your humble point & shoot and was promptly disappointed ;) What gives? 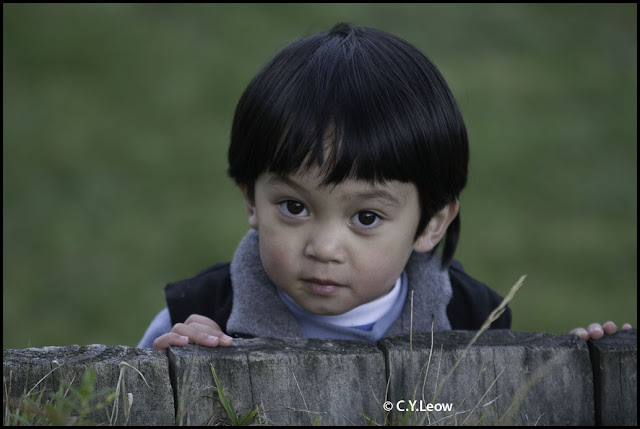 Not far off from the above scenario, I took some shots of our neighbor; Gully's son Jerico a while back when I got my Canon 30D camera; the lens was a rather pricey EF80-200 f2.8L. The camera and lens combined cost a whopping NZ$4,200.00!!