SPEAK NOT ILL OF THE DEAD!! 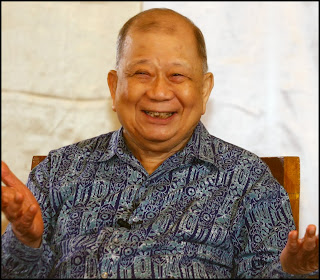 A determined anti-colonialist, he led the party's guerrilla insurgency in the Malayan Emergency, fighting against British and Commonwealth forces in an attempt to establish an independent communist state.  After the MCP's defeat and subsequent Malayan independence, Chin waged a campaign against Malaya and, after 1963,the new state of Malaysia in an attempt to replace its government with a communist one from exile, until signing a peace accord with the Malaysian government in 1989.   -  Wikipedia
Chin Peng died of old age in Bangkok,Thailand at the age of 88 years old,on September 16, 2013. Ironically,same day as Malaysia Day.

The aftermath, like they say; is history... if you Google "Chin Peng", you will get ELEVEN MILLION HITS... there is however, a write up that I want all of you to read and ponder.