According to China Culture Org - "The Shenzhen Song and Dance Ensemble was established in October 1987 under the Culture Bureau of Shenzhen. With 110 total staff members, the ensemble is composed of the Dance Troupe, Song Troupe, and Stage Engineering department." 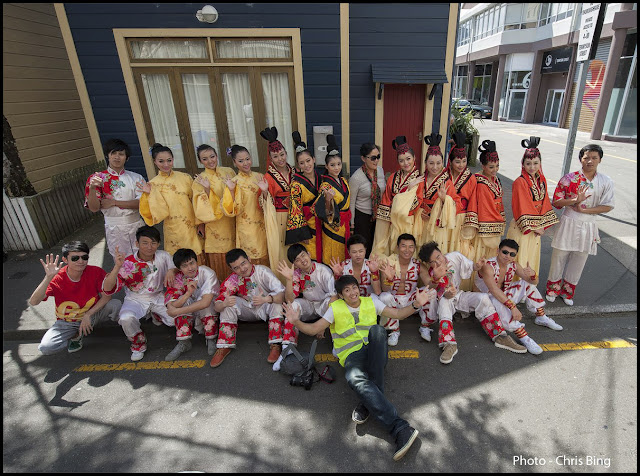 The group from the Shenzhen Song and Dance Ensemble that perform at the last night of CNY in Wellington, New Zealand.

"As a cultural emissary of Shenzhen, the ensemble has paid touring performances to Germany, Britain, France, Italy, the Netherlands, Belgium, Greece, Luxemburg, Austria and Australia, receiving a warm welcome and applause from international friends and overseas Chinese."