BRIAN me, that BRAKE was GOOD!

I remember in the mid 60s, my classmates and I were quite rapped on this Kiwi photographer, Brian Brake. I was a Illustrative Photography student at R.M.I.T., Melbourne; Australia then.

There were much to admire about Brian...

"Brian left New Zealand for London in 1953, meeting Ernst Haas, John Morris and Henri Cartier-Bresson, who invited him to become a member of Magnum Photos, of which he remained a member until 1967. He worked as freelance photographer in Europe, Africa and Asia until joining Life in 1958, contributing work to Paris Match."

"He is best known for his coverage of China(where he was allowed an unusual level of access), his photographs of Pablo Picasso at a bullfight,and his series "Monsoon" of photographs taken in India during a sabbatical from Life during 1960." - Wikipedia - 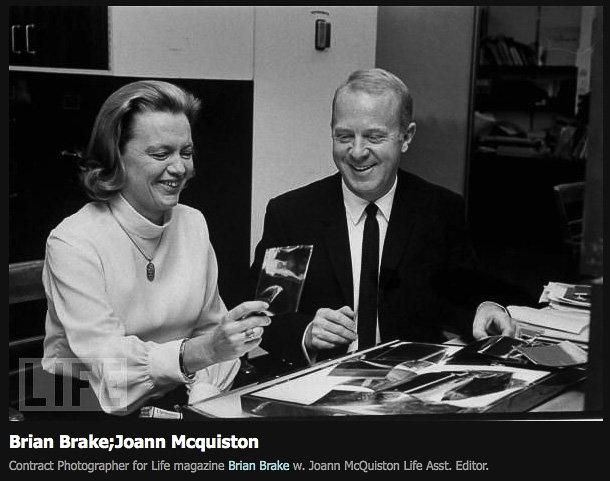 The photography work of Brake that are most remembered are those from "Monsoon".


According to The National Gallery of Australia who, in year 2000; acquired 23 colour photographs which form the core of the famous photo essay.

Monsoon, was shot in India in 1960 by the New Zealand born photojournalist, Brian Brake (1927–1988)...
"Monsoon first appeared in LIFE magazine on 8 September 1961 and subsequently in Paris-Match, Epoca and Queen.

LIFE at the time was crowded with dramatic and interesting pictures, but large colour essays were not common and, in this case, a heavy reliance on the sequencing of the images alone — supported largely by Indian poetry and minimal captions rather than text as such — was new.
This single story established Brake's reputation as a master of the colour photo essay. He went on to a successful international career as a photojournalist with many stories published in LIFE and National Geographic magazine.
He specialised in stories from Asia and became known for his versatility in colour and black and white reportage."
I remember fondly that I purchased a copy of Life with the Monsoon series and it was highly valued by me! 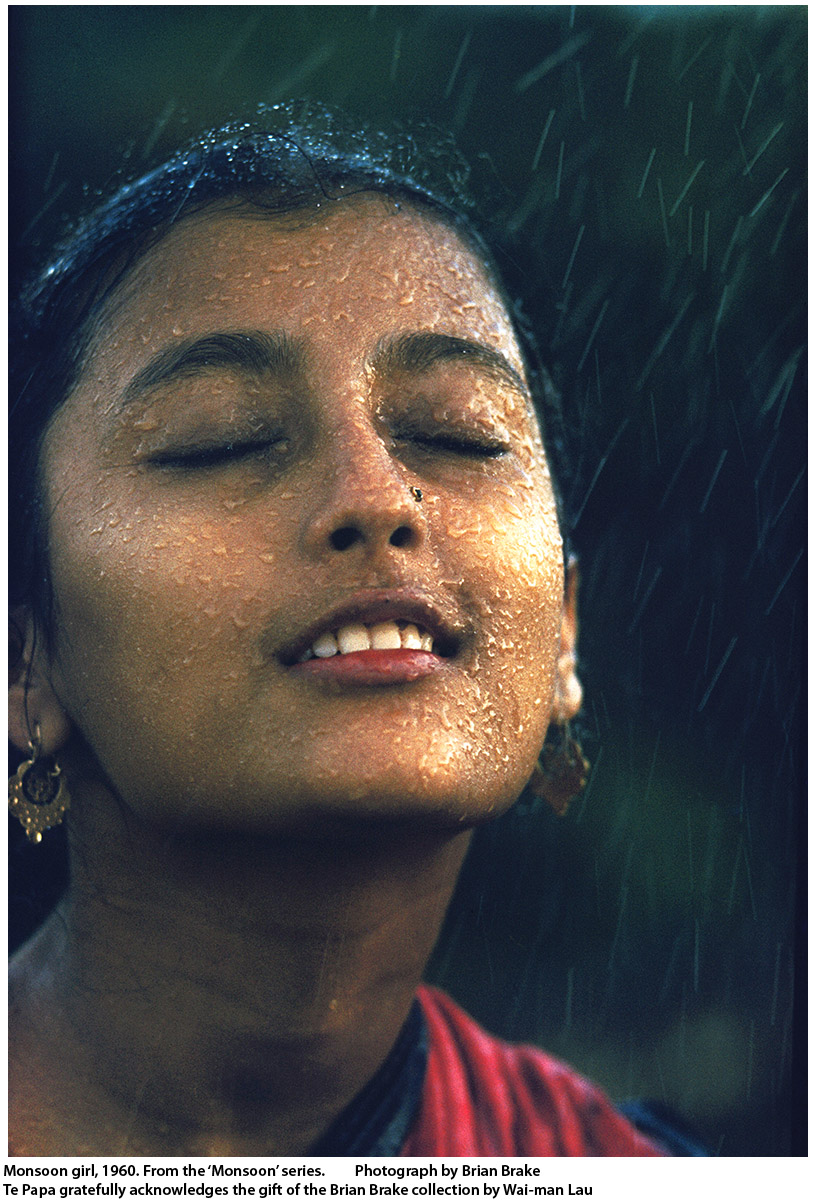 "He took me up to the terrace, had me wear a red sari in the way a village girl does, and asked me to wear a green stud in my nose.

To be helpful, I said let me wear a red one to match, and he said no — he was so decisive, rather brusque — I think a green one. It was stuck to my nose with glue, because my nose wasn't pierced.

Someone had a large watering can, and they poured water over me. It was really a very simple affair. It took maybe half an hour."
Up to today I still cannot understand why Brake had to pose that leading shot for the series.
A Magnum photographer jacking up a shot for Life magazine? What did the father of "Decisive Moment", founder of Magnum; Henri Cartier-Bresson said about that ;)

Twenty two years after Brake died we are given a chance to view some of his work at Te Papa Museum in Wellington!

According to Te Papa...

"Brian Brake is arguably New Zealand’s most internationally recognised photographer of the mid-20th century. This major retrospective exhibition will explore his life and work.
The exhibition will consist of 165 prints from transparencies and negatives held in the Te Papa collection, further images on screen, a small number of Brake original prints, plus films, magazines and books his work appeared in along with personal objects such as cameras, passports and diaries.
Imagery includes shots he took in China, India, Egypt and Italy, and key images such as the Queens Tour in Nigeria, Monsoon Girl, and the famous image of Picasso watching a bullfight."
"Brain Brake: Lens On the World" is on from Sat 23 Oct 2010 to Sun 8 May 2011 at Museum of New Zealand Te Papa Tongarewa, View map ; entrance is free. 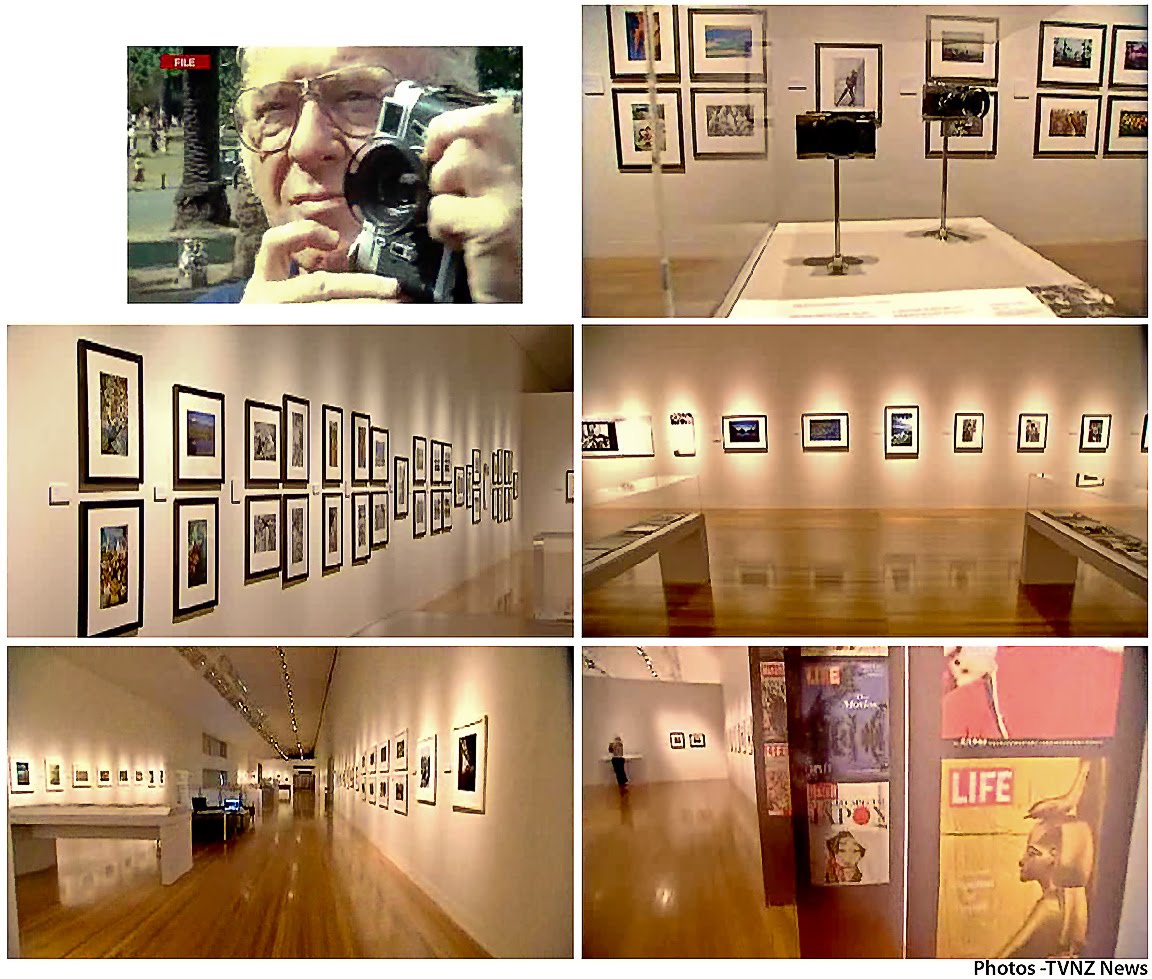 A glossy table top book, Brian Brake: Lens on the World, also has been produced by Te Papa Press to coincide with the exhibition.
Comprised of more than 300 superb photographic reproductions and six all-new essays, this publication gives the reader new insights into Brake, the man, and how he saw the world. Remembered for his rare images of communist China in the 1950s and photo essays such as Monsoon, this is the first time Brake’s work has been critically considered in its entirety.

The book is for sale at the Te Papa Store or online.

This delightful Brake's capture was used for the book cover. 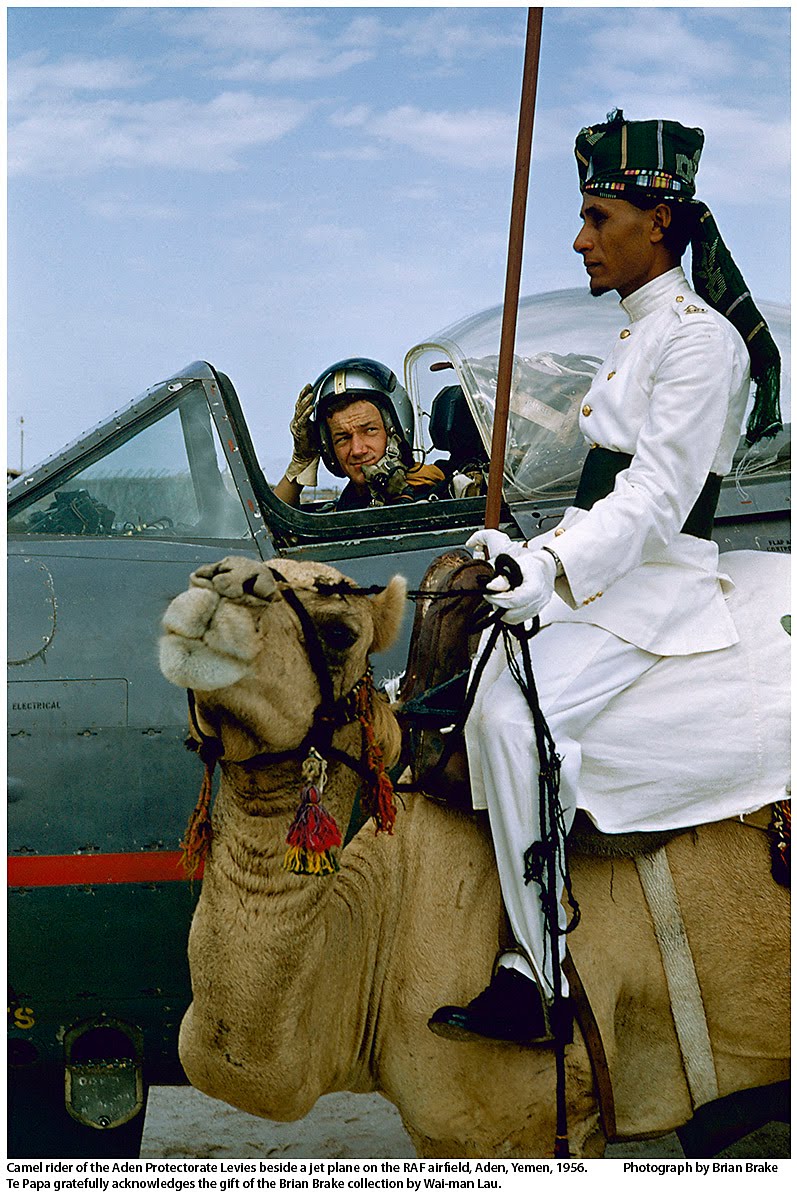 Mind you, Brake has some great "Decisive Moment" shots like this shot of a ecstatic cheerleader at a Japanese university... 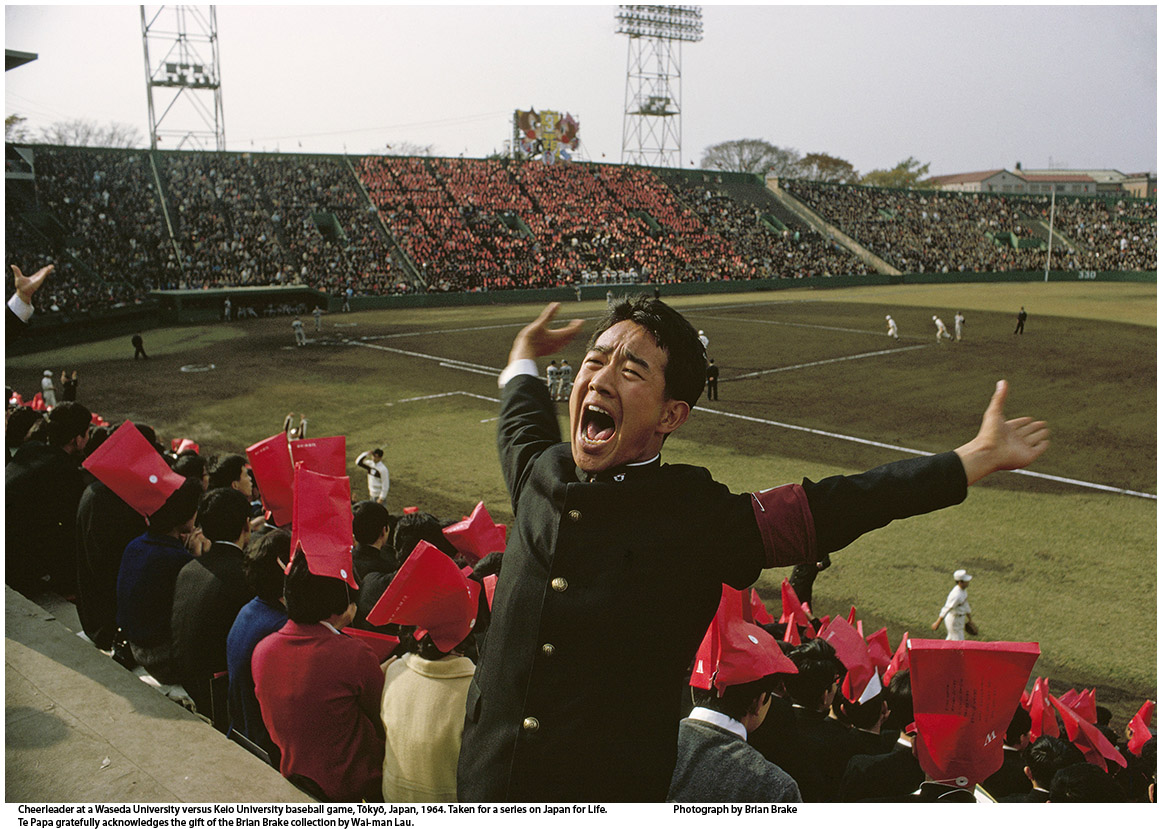 Or this classic shot of Picasso at a bullfight. 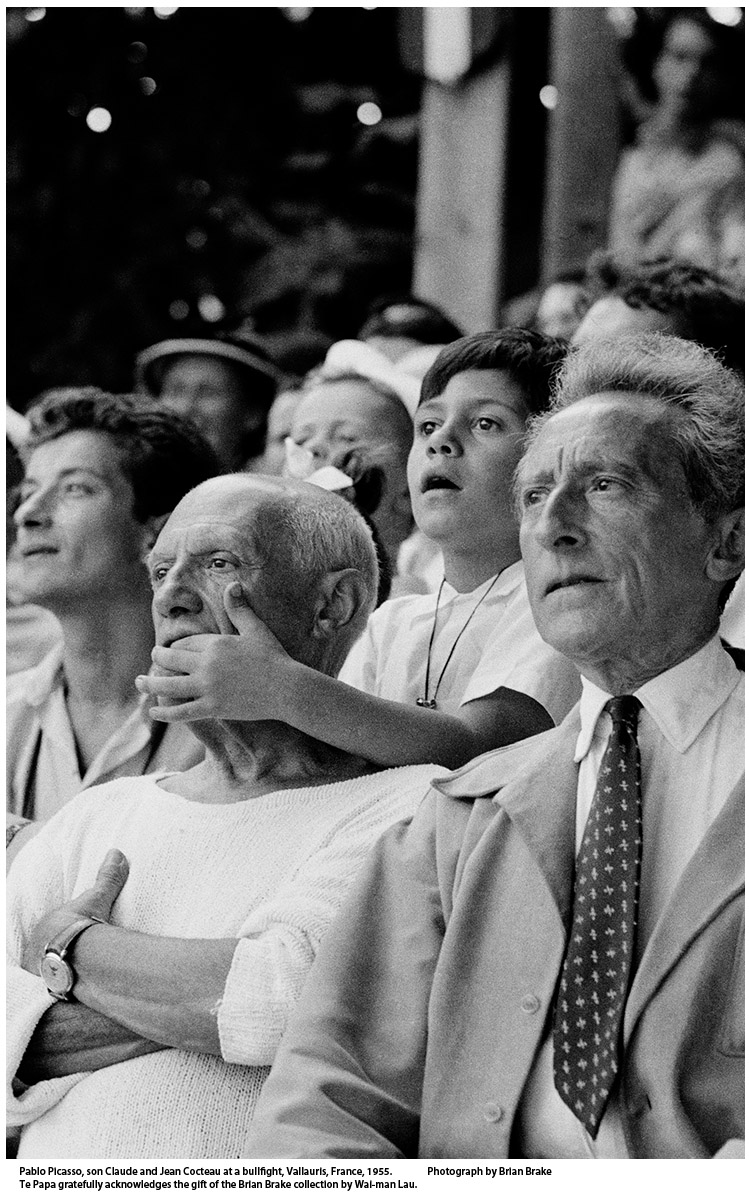 There are two colour shots that Brake did that I particular like! Stunning colour and composition! 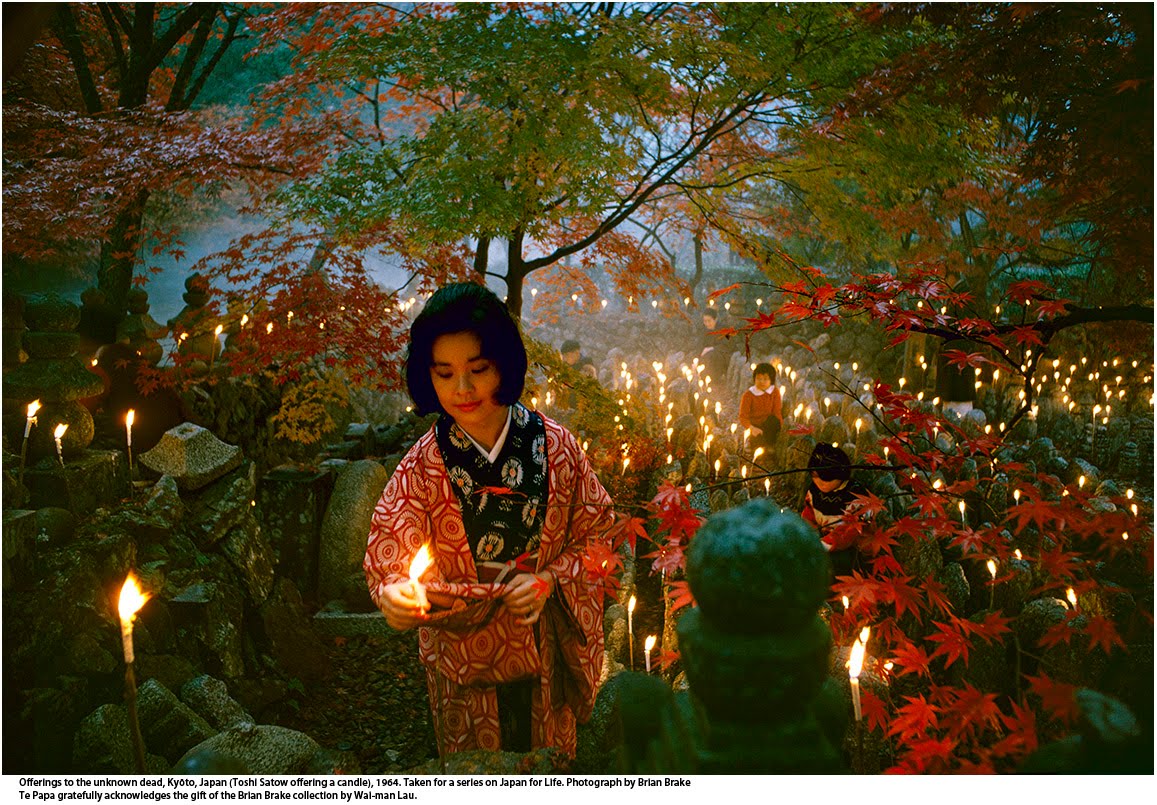 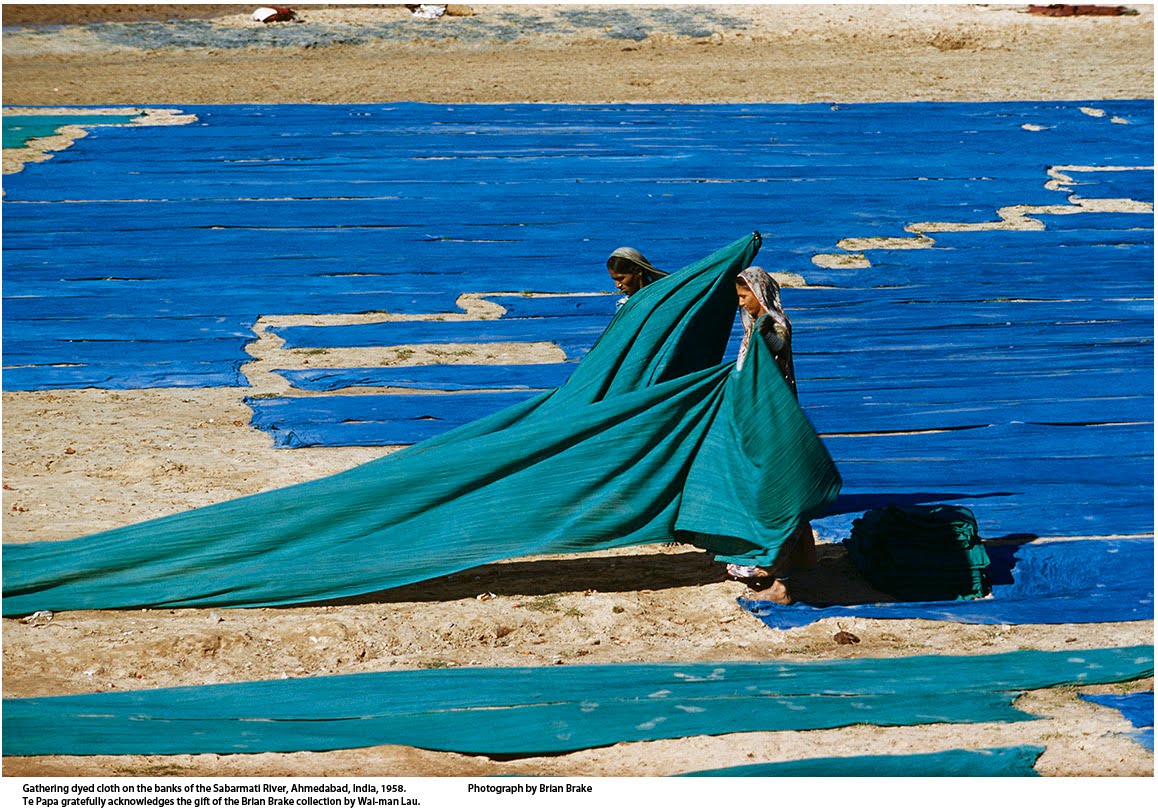 Some of Brake's best landscape of New Zealand were shot in the 1960s, like this moody study of the stunning Milford Sound, Fiordland. 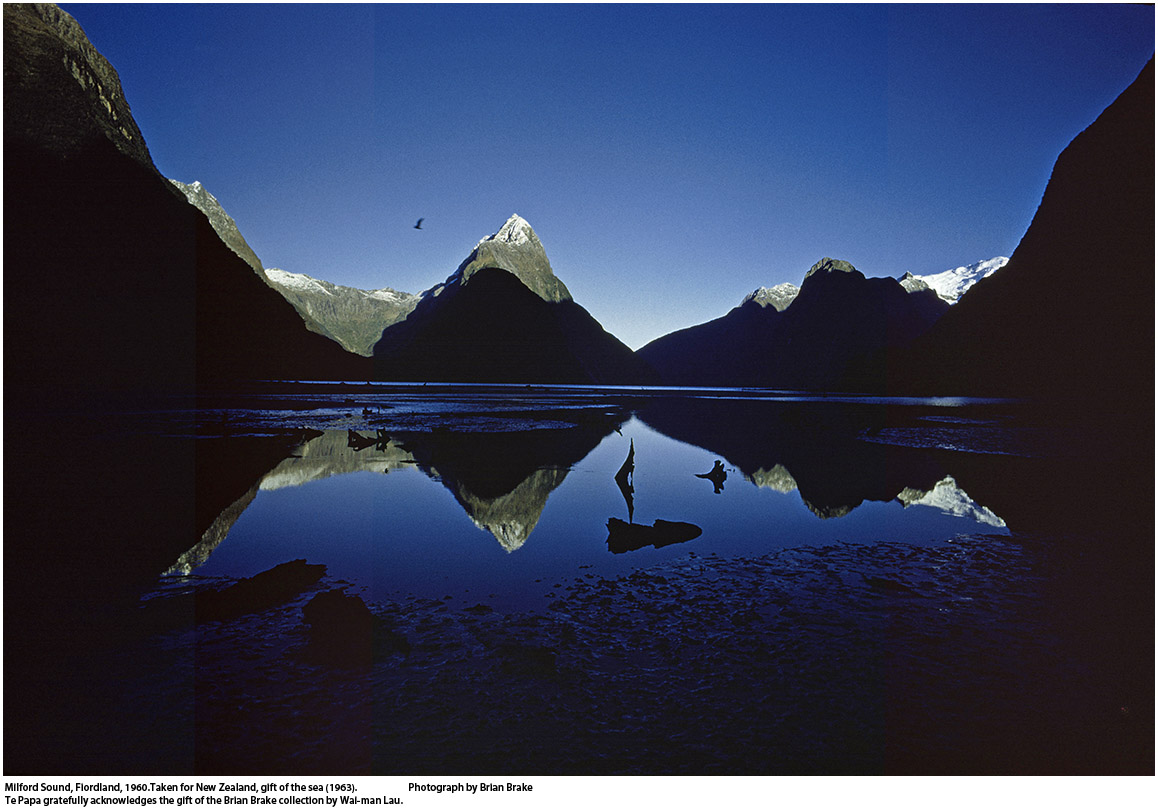 Is the exhibition worth going? You bet you! It is not every decade that you have a chance to appreciate work of a legendary Kiwi photographer for FREE!
It is even worth it to make a trip to Wellington for this event. So what are you waiting for? ;)

Brian Brake was also an accomplished composer of moving images. He shot or directed many classic films for the NFU, including NZ's first Oscar-nominated film. 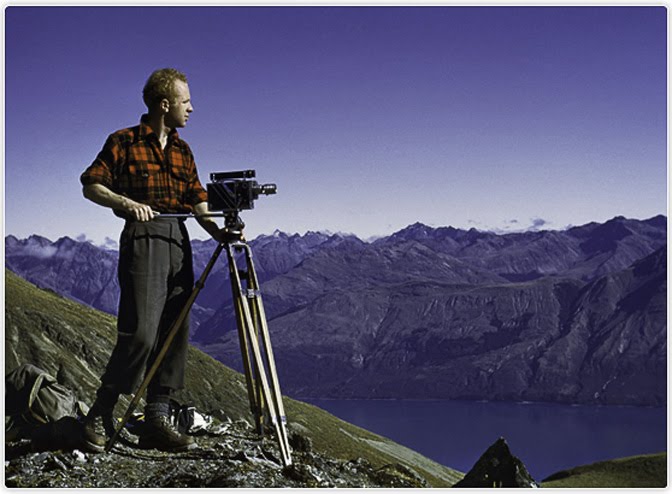 Thanks and appreciations to Henriette Crouse of Te Papa Museum who responded very quickly to my request for posting some of Brake's work!

Congratulations to the team at the Museum on this two year mega project, well done! And hello Peter Gray ;)

According to TVNZ and I quote...

"Brian Brakes ENTIRE portfolio were being showcase to the public..."

Hello... is that even possible? One hundred and fifteen THOUSAND images?

But according to Te Papa's media release:

"Brian Brake: Lens on the World features more than 200 superb photographic reproductions from the Museum’s permanent art collection and is the first comprehensive retrospective exhibition of the Magnum photographer’s work."

Interesting man! Intriguing photos! You could do the Milford sound photo too.. be there at the right time of day with your camera and you could do the same. In fact the south island has such expansive and exquisite scenery with mirror calm lakes and virgin rainforest and the rugged imposing, visually spectacular Southern Alps,, that it needs a Brian Brake and a CY Leow to capture it. I kid you not!

You Be The Legend!

Thank you who ever you are! Legend is in the eyes of the beholder ;) Ha ha ha...