Restore and Recolor My World!

Rewind to 1993, I was working for the Singapore newspaper group; it was the year I discovered the Macintosh computer and Photoshop! I managed to convince my boss to buy an Macintosh Quadra 950 for me to set up the first Electronic Picture Desk, the 33Mhz Apple cost a whopping S$30,000-00!  The 256 MB RAM upgrade alone cost S$10,000-00!

Like an addict I was hooked to the Mac and Photoshop! To enable me to use Mac after work, I even Took out a company loan and bought my own Quadra 840AV; at a sizzling S$8,000-00 a pop, my wife think I am freaking mad ;)

I started with Photoshop 2.5 then quickly upgraded to version 3.0 when it came out in 1994.

It was around this time that I discovered I was able to restore color of badly faded prints and transparencies! 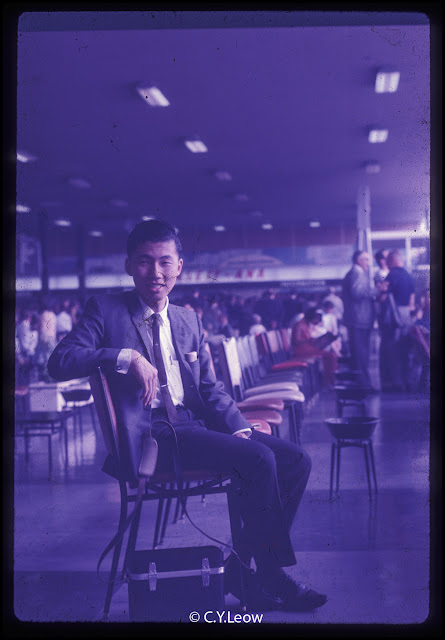 My first attempt was a faded trans of my young self taken at the Melbourne Essendon Airport 1965, I was on my way to higher education in Victoria, Australia.

As you can see the Kodak Ektachrome transparency of 1965 has deteriorated to just cyan and magenta hues!

After scanning the faded slide with a Kodak RFS 2035 electronic film scanner I proceed to restor the colour.

I remember it took me quite a few hours in Photoshop 3.0, take a look!