From day one, Mr K.S.Choong, the founder decided that a bikini clad "Beach Girl" will grace Page3. 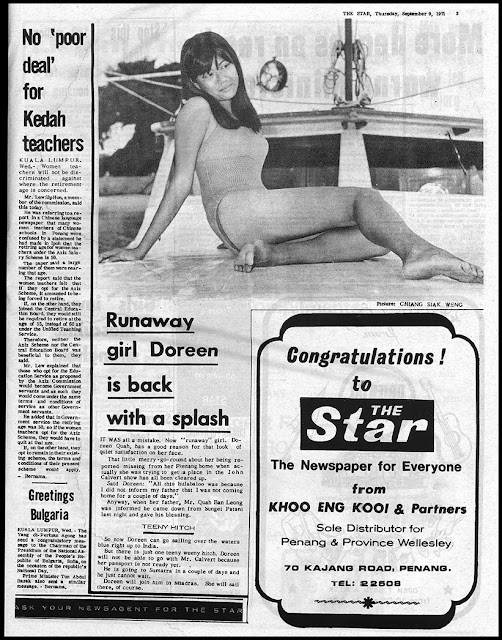 Doreen Quah was the FIRST Page 3 girl of The Star, picture was taken by Chiang Siak Weng.

I remember fondly that I went to a lot of these "Beach Girl Job", usually the News Editor; Charles Chan will assign a cub reporter to tag along for "job experience". 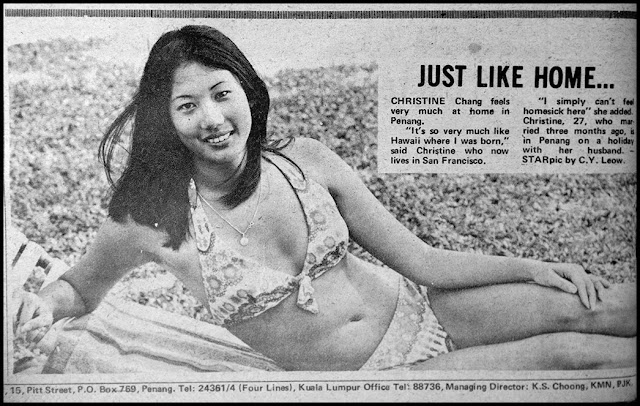 This is a clipping of one of my beach girl, Christine Chang; who was 27 when I took her photo.

Where are you now, Christine? San Francisco or may be settled in Penang under the Malaysia's  My Second Home programme?   :) 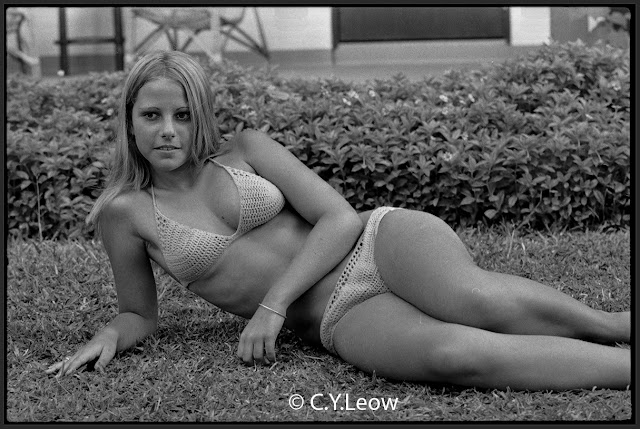 Young Jenny Takach was taken by me and published in 12 July 1975.

"Come to think of it, The Star's circulation was truly boosted by boobs, cleavages and miles and miles of legs. People of Penang must truly have been missing something vital in their lives!

CY, in my next life I want to come back as a pixman!"

Reporter Gerrie Teng who had been to many of this "envious jobs" with me said...

"Yes, Leow, those were the fun days where bikini-clad girls were our page 3 girls!! and you remember.. we have to go along the 'tourist belt' then to get those sporting Mat Salleh girls to pose for us.

But good things always come to an end... 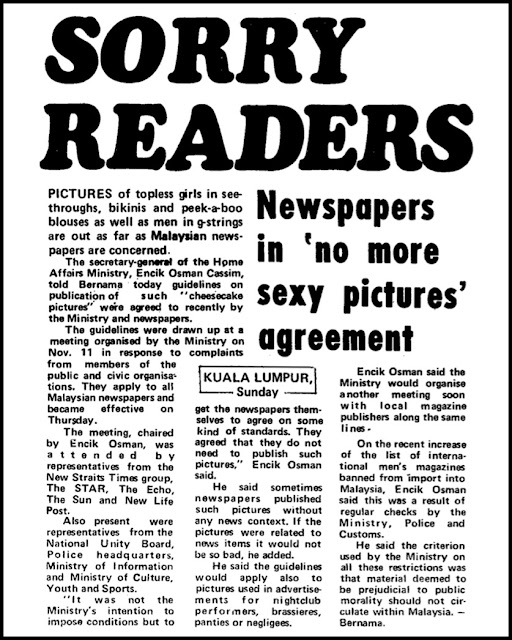 One of the Editor from The Star told me:

"CY, I was at that meeting on behalf of The Star.

Those ministry killjoys might as well ban pictures of any woman in the newspapers.

They even had a restriction regarding the thickness of the strap for a one-piece swimsuit.

The way a woman displays her hands -- whether they are on the hips, raised behind the head exposing the armpit or placed strategically across the bosom --- no can do!

Even the famous half-smile closed eyes and pouting lips pose made famous by Marilyn Monroe was taboo.

The sad part of that "law" was even bikini clad women are not allowed!

I can understand the "public morality" on topless girls and "peek-a-boo" blouses, but bikini?