The Papal Basillica of Saint Peter, commonly known as St. Peter's Basilica is next door to the Vatican Museums.

"St. Peter's Basilica has the largest interior of any Christian church in the world, holding 60,000 people.[1] It is regarded as one of the holiest Christian sites. It has been described as "holding a unique position in the Christian world"[2] and as "the greatest of all churches of Christendom".

Religion aside, I was impressed. This I gotta see! 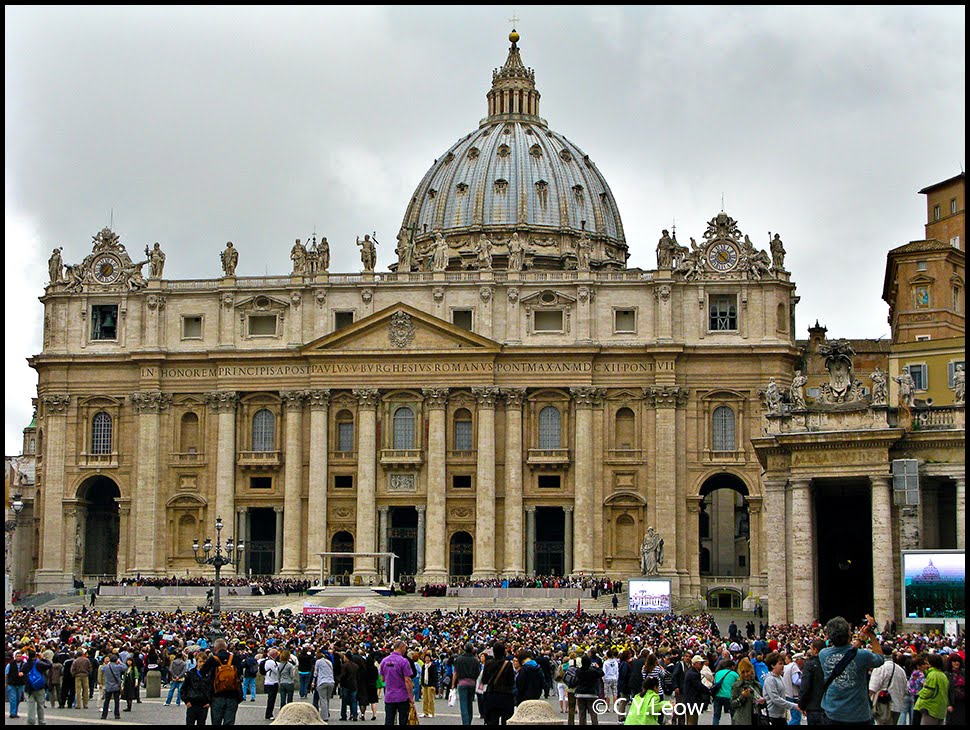 Waiting for the Pope! He is going to talk to this massive crowd in front of the Basilica.