The PEN Mightier than...

The PEN is mightier than, NOT the sword; duh!

The "PEN" in this instance, an Olympus Pen E-P2 compact point and shoot digital camera which is mightier than my Canon G7.

According to Wikipedia Olympus Pen is a family of half-frame cameras made by Olympus from 1959 to the beginning of the 1980s. Aside from the Pen F series of half-frame SLRs, they are fixed-lens viewfinder cameras.

When I was a photography student in Melbourne, 1967; I dream of owning an Pen F! But alas it is too much for a poor student, so I bought a used Nikkormat instead :( 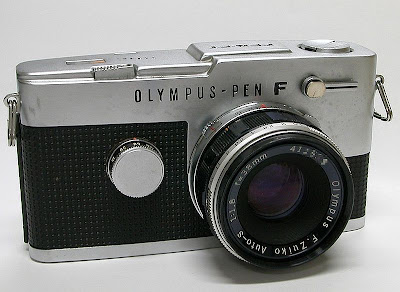 The compact Pen look like a rangefinder camera is actually a half-frame SLR!