Chill Out and Déjà Vu With Good Friends In Brisbane :)

We arrived Brisbane domestic airport after our non-stop, 5 touristy days in Sydney.

We were a bit stunned by the SIZE of this domestic terminal! It must be 20 to 50 times larger than our Wellington terminal!

What we did not realise is that Brisbane Airport  is the sole passenger airport serving Brisbane, Queensland and is the third busiest airport in Australia after Sydney Airport and Melbourne Airport. Brisbane Airport has won many awards. Brisbane is currently served with 46 domestic destinations in all States and Territories and 32 international destinations. For the 12 months ending May 2011 total passengers were 20,056,416!

The reason we came to Brisbane was to catch up with our good friends from Karori, Boon and Jackie (B&J). They moved to Brisbane in 2005 and that was the last time we had a chill out with them, goodness; EIGHT years has vaporised! 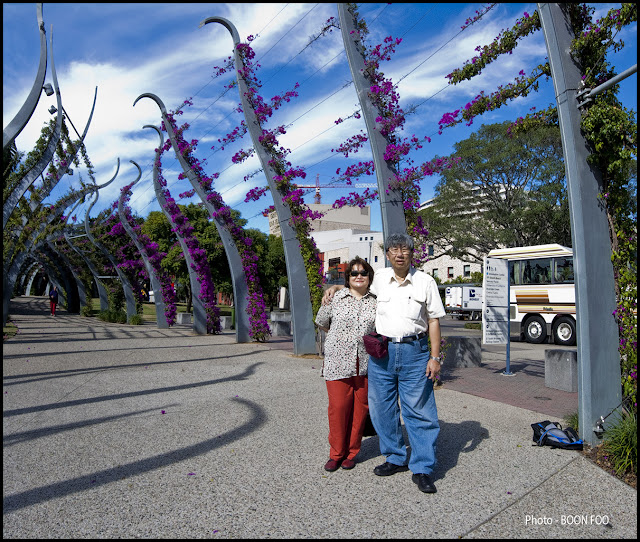