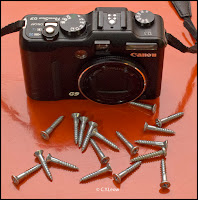 Fiasco [fɪˈæskəʊ]n pl - a complete failure, especially one that is ignominious or humiliating!

If you have been following my blog, you will know I WAS a sucker for Canon G series of compact cameras.

The Canon PowerShot G is a series of digital cameras released by Canon. The G series cameras are Canon's flagship models aimed at prosumer photography enthusiasts desiring more flexibility than a point-and-shoot without the bulk of a digital single-lens reflex camera. 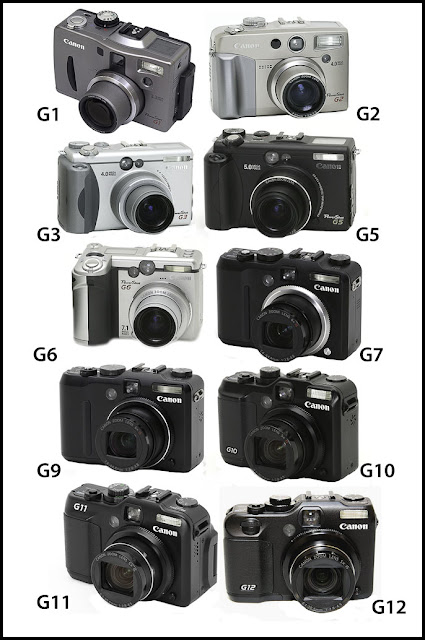 In December 2010, I showered praises and admiration in "Canon G, Gs; You Came A Long Way"!

In that posting you learned that my colleague Heather bought my G7 and our younger daughter, Ming; own my G9.

A month ago, Heather was distressed that her G7 "just will not start up", she brought the camera to the office and we tried the "usual fixes" but the little G7 is still DEAD.

She took the camera back and we forgot all about it.

Yesterday Ming told me that she was taking some shots at her friend's wedding in the afternoon, the G9 was working fine all day but when she went back to turn it on it just refused to power on again!

After some intense searches I discovered to my HORROR that...

It seems Canon assembled their G9s without using screw lock gel to keep the screws from loosening!

If you own a G7, G9 for over a year chances are that there are two screws inside the camera that will WORK THEMSELVES LOOSE and will fall and short circuit your camera’s DC or main board!!  When that happen, your camera will NOT power up!

It seems this screws loose fiasco also affect G7, G9, G10; goodness, there must be THOUSANDS of Gs facing the same problem! 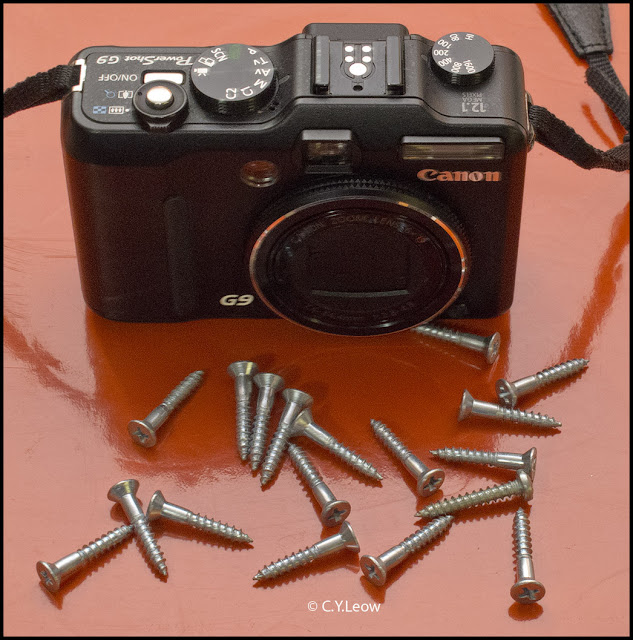 SCREWED! The dead G9, thanks to Canon's built-in obsolescence...

Today at the office, asking around; I discovered another two colleagues with G7 facing the same predicament!
Would they buy another Canon? I don't think so!!

From all the evidence, it look like Canon by right should recall all the affected cameras and fix them free of charge. As far as I know, Canon will not repair the problem for free, especially now that the camera is so far out of warranty.


My Mac Book Pro actually died and Apple honored their promises and brought my MBP back to life!


I don't think Canon have that "class"!

There really needs to be a class action lawsuit to get Canon to take care of this issue!

If you are like us, poor G7, G9 owners and wanting to get your beloved cameras working again; be warn!  Please do not simple send your dead camera to companies that claimed to specialise in this area, it seems there are some people taking advantage of this issue.

Do your research, I find this site gave me some valuable infos; there are many others too, do search and more searches!

Oh... you can also go and get your camera fix at Canon and pay like a Duke ;)

No surprises here, what one can expect from a company that manufacturers Xerox copies.... Welcome back to the "F" orce!
May the Yellow be with you!

I'm not surprised you have problems if those cameras have massive wood screws like in that photo in them, did they all work loose? it must have rattled like hell!

What a fiasco! Canon need to take a leaf out of L.V Martin`s book and"put things right".
I reckon that anyone who buys a Canon camera must have a screw loose!!

Same thing here on my well cared for G9. I wound up just sending it to a shop to have fixed. The site I used was: www.camerasandparts.com Service was just above and beyond and for $89 they repaired it, secured the loose screws, did the lens error correction for the G9 and the servicing and cleaning for the camera. Very impressive, they just do Canons. Though to share. Also, for those doing these themselves, I was told they lock-tite and tape the screws, seems like a great idea. Anyway, thought to share. PS, where is Canon to help us with this?

Thanks for the info for www.camerasandparts.com, I look at the site and their charges seems reasonable; trouble is, they are in USA. Sending your G to them from other countries will cost you a lot.
Where is Canon to help us on this?
Well, if you pay them big bucks, they will fix it for you!
Might as well get a new camera! Duh!!