After two hours of stress free train ride we are back in London! If you wanna travel between London and Paris, this is the way to go!

The next morning May-N is taking me to meet the Imaging Manager of the British Museum, he is going to show me how they digitise their heritage objects! Oh.. May-N work as a I.T. Team Leader at the same museum :)

Wikipedia told me that:

"The British Museum is a museum of human history and culture in London. Its collections, which number more than seven million objects, are amongst the largest and most comprehensive in the world and originate from all continents, illustrating and documenting the story of human culture from its beginning to the present."

It was a nice walk from the Russell Square tube station to the museum. It was a clear, cool sunny day; we pass the imposing Hotel Russell.

The Hotel Russell was built in 1898 by the architect, C. Fitzroy Doll. The hotel's restaurant, which is named after the architect is said to be almost identical to the RMS Titanic`s dining room which he also designed. - Wikipedia - 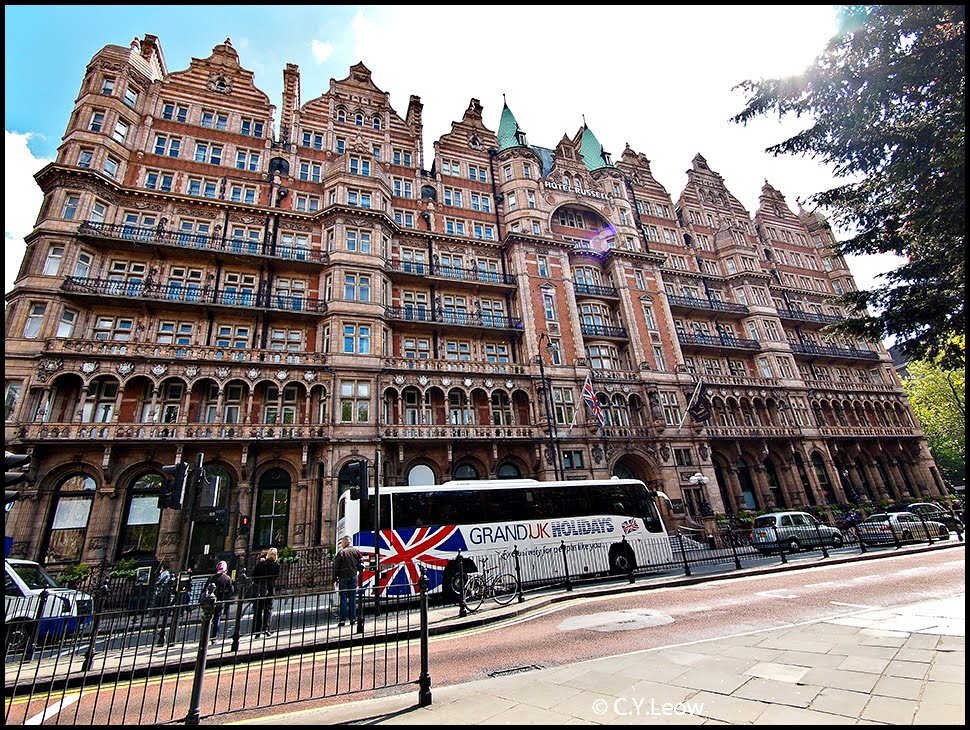 Russell Square is opposite the hotel, and I finally got to see the famous pigeon's fountain bath in the park! Duh!