Why the Déjà vu? How did this came about?

At the moment, Malaysia's talk of the country is about the "Bersih 2.0 Rally". I read today that their Prime Minister said the government would not object if the organiser would assemble in a stadium from morning to night and later leave peacefully.

Yo "Fair play", I am a photojournalist; an observer of history in the making. I try and record them if I can. I do not make judgement :)

My Malaysian friends asked me if I have been to a rally in Wellington, I remember the last one I went to was in 2004!

I recall what I wrote...

Racism in "Godzone"? You better believe it! So much so that the huge ethics groups said "Enough Is Enough!" and they held an anti racism march through the streets of Wellington today.

To understand how all this came about, go and read March against racism in Scoop.

I thought to myself that this will be a good chance to practice my documentary photography, after all; the last time I attended a news event was YEARS ago!

My wife and me reached the "Beehive" (our parliamentary building) ground at noon.

The National Front members are already there.

Surprisingly they are orderly and quite, there is another group who the police called "radical, anarchist, punk-rocker type group" are there trying their best to stir up the National Front members ;) 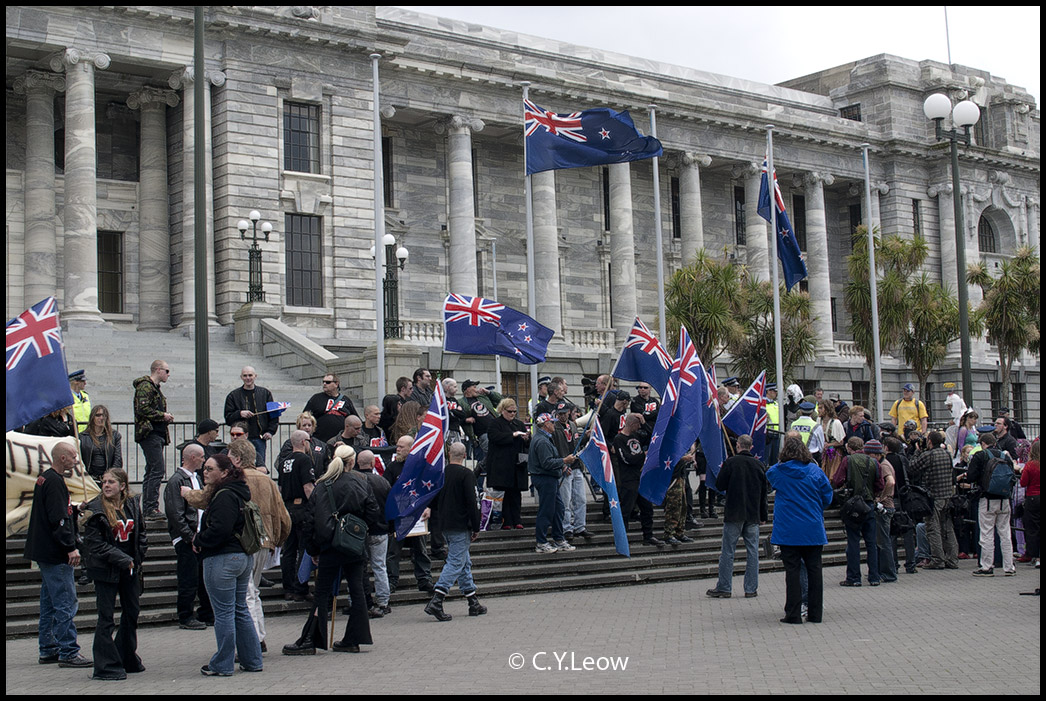 The National Front members on the Parliament steps.