Memory - Walk Under An Elephant Lately?

Rummaging through my old prints yesterday I found these memories...

When was the last time you walked under the belly of an elephant?  We did it 27 years ago ;) 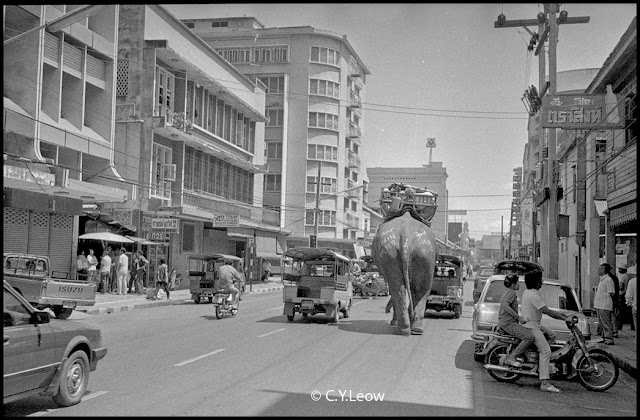 Hat Yai (Thai: หาดใหญ่, pronounced [hàːt jàj], also Haad Yai or Had Yai) is a city in southern Thailand near the Malaysian border. Located at