By now some of you might realised that I am mighty impressed with this little "kit lens" that came with my GM1, why... I even compared it's performance with a much "larger" Olympus kit and it won!  I even "jump to my conclusion" that the tiny 24-64mm (equivalent) zoom might make a perfect traveling lens on my Olympus OM-D E-M5! 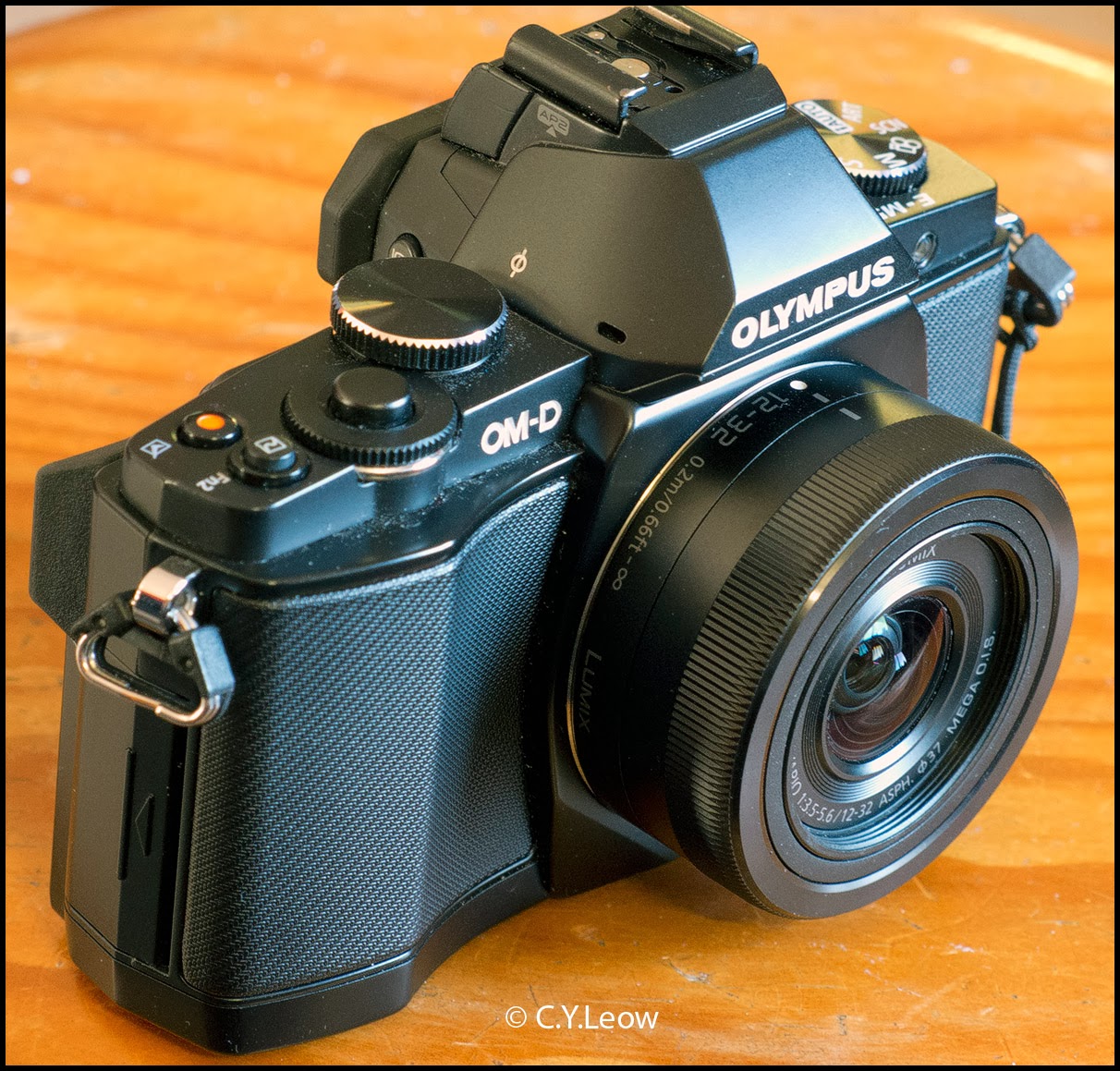 Back at work today, my colleague; Nigel does not exactly soak in my excitement on this little jewel... he even STRENGTHEN my untold doubt that the Lumix 12-32 performed better because it was on a Panasonic Lumix camera!
Nigel's suspicion is well founded because Panasonic cameras actually CORRECTS the optical faults of your captured images IN CAMERA!

Olympus DO NOT perform that correction.

I can see where Nigel's suspicions are coming from, on an Olympus, WITHOUT in camera corrections; the Jekyll and Hyde little lens will BARE all it's defects and aberrations but when it is mounted on a Lumix, all it's defects will be hidden! 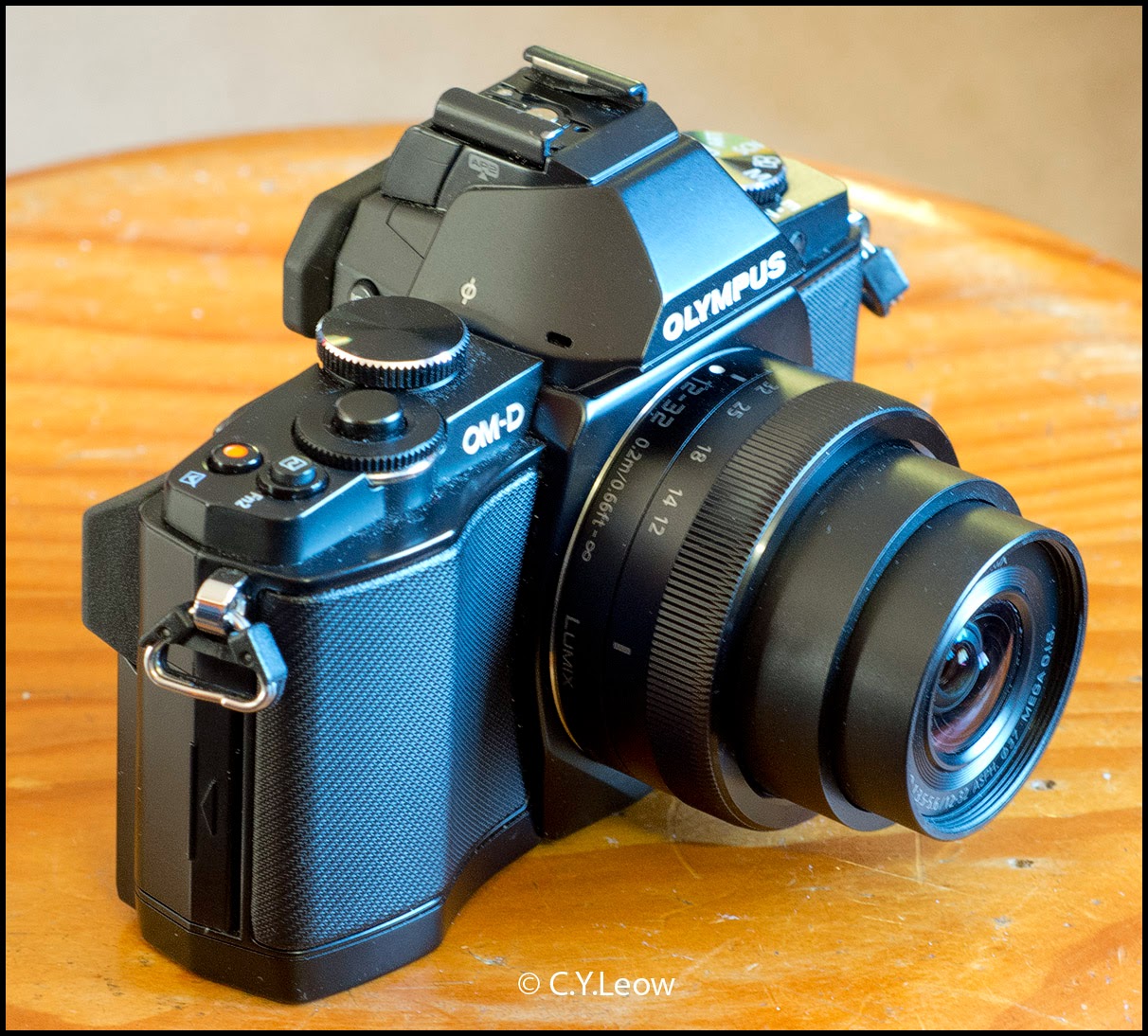 The extended (unlocked) Lumix 12-32 zoom on the OM-D E-M1... ready for action, but can it perform better; optically, on a cheaper Lumix camera than a "high-end" Olympus?

I saw a nice composition before I begin the comparisons :) 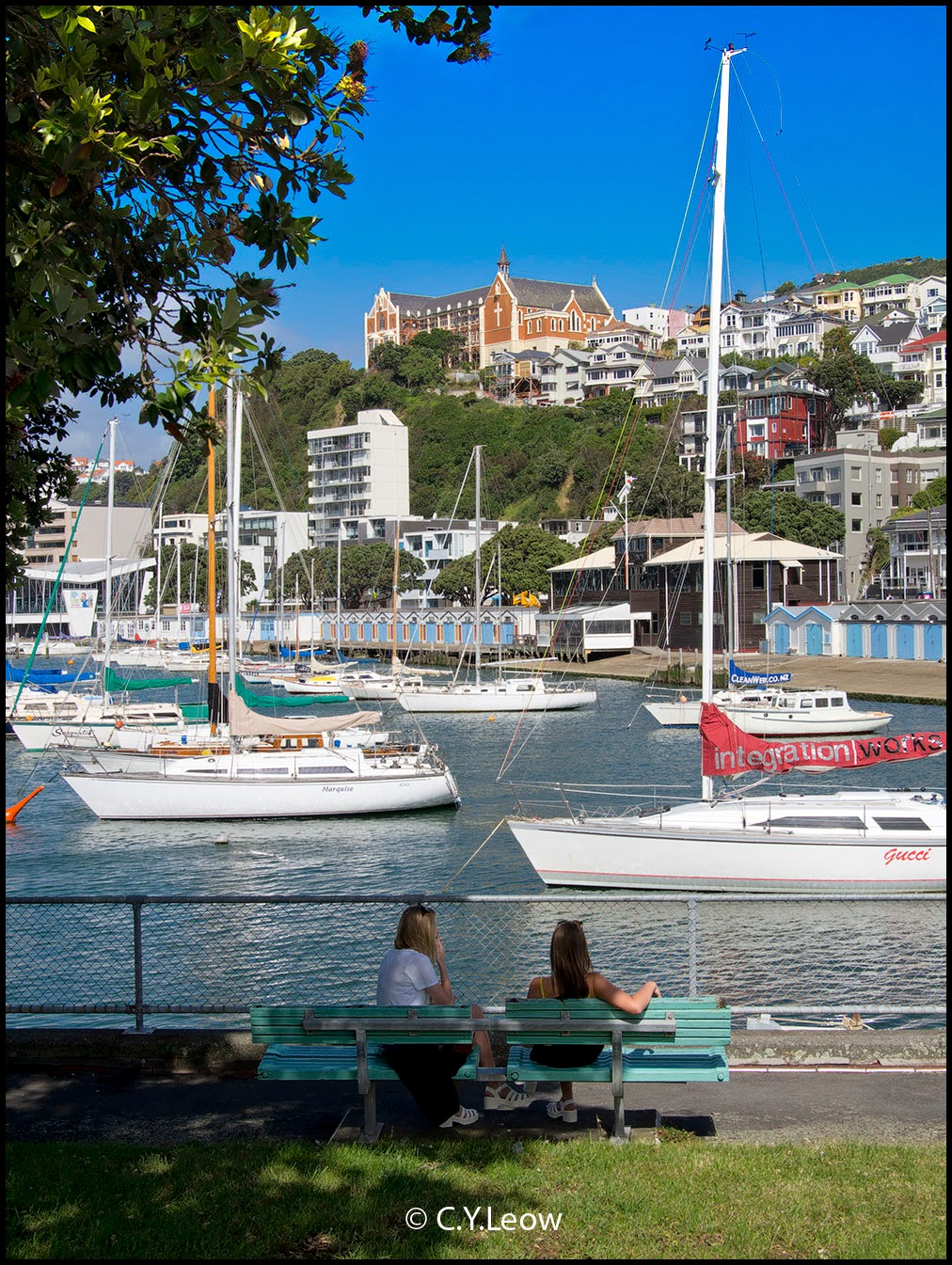 Stunning colour and contrast! That is from a less than NZD400.00 (I think, they only come as a kit at the moment) 12-32 zoom lens. Was it the incredible optics or the ingenuity in-camera correction from Panasonics?  ;) 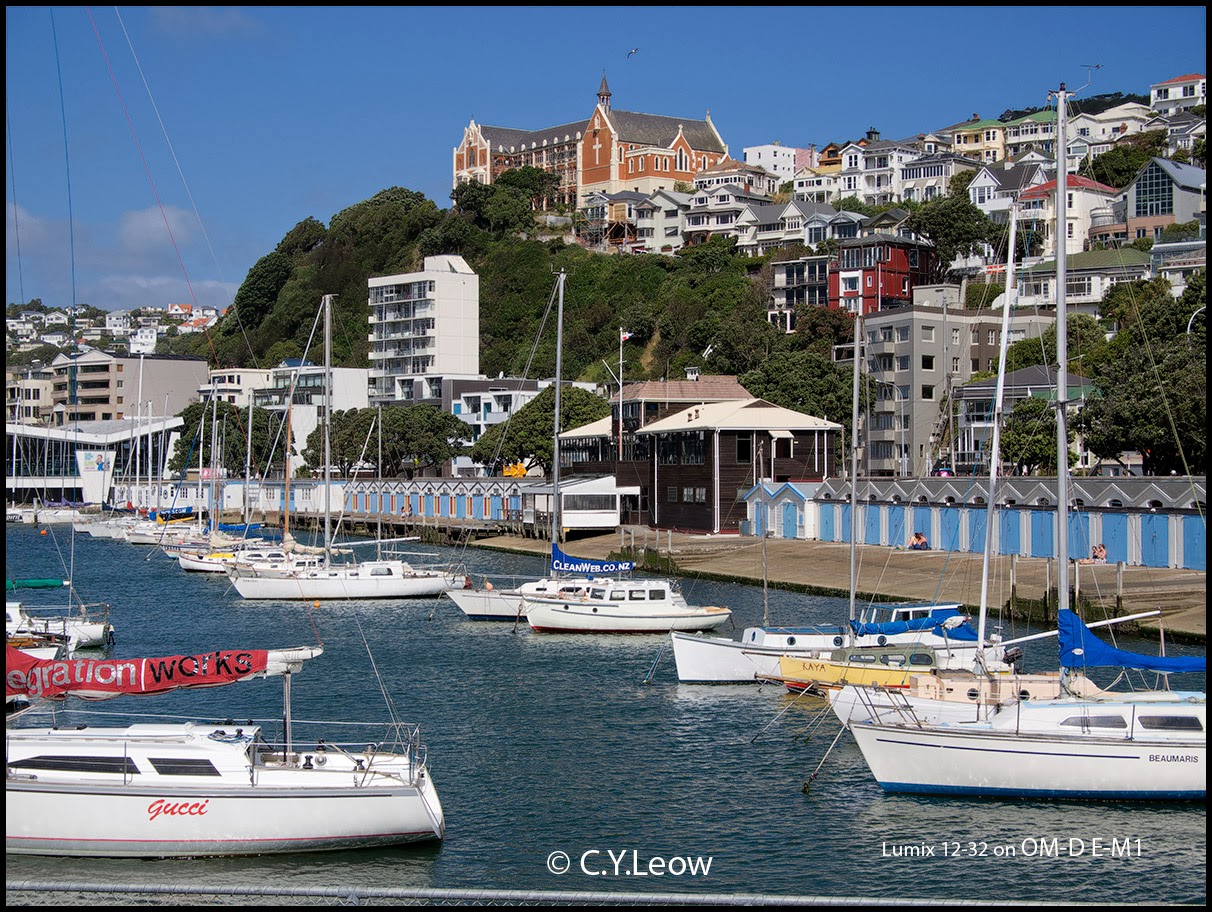 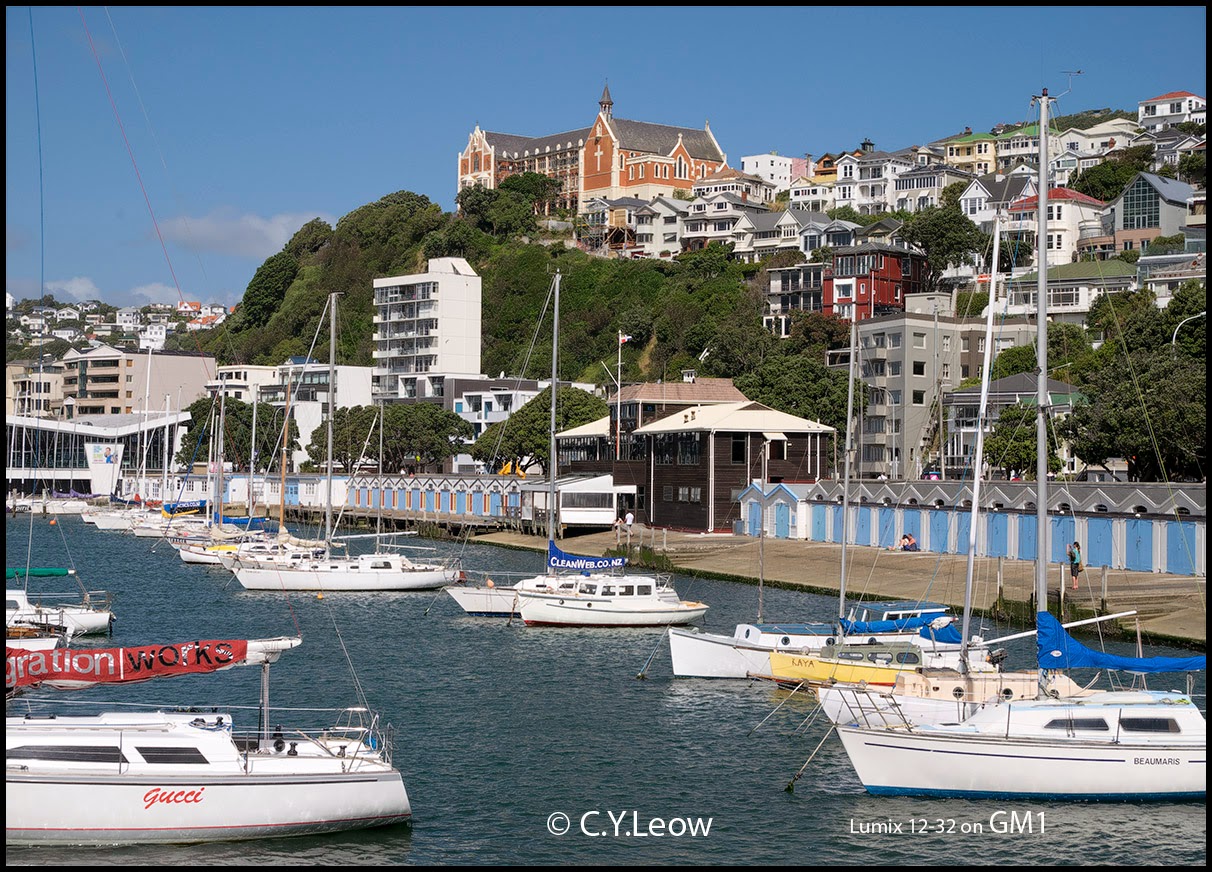 Notice that boat on the left, with red "Gucci"?  I will crop into one of the window; chromatic aberration of lenses always rear their ugly colour fringes between a dark and brightness area ;) 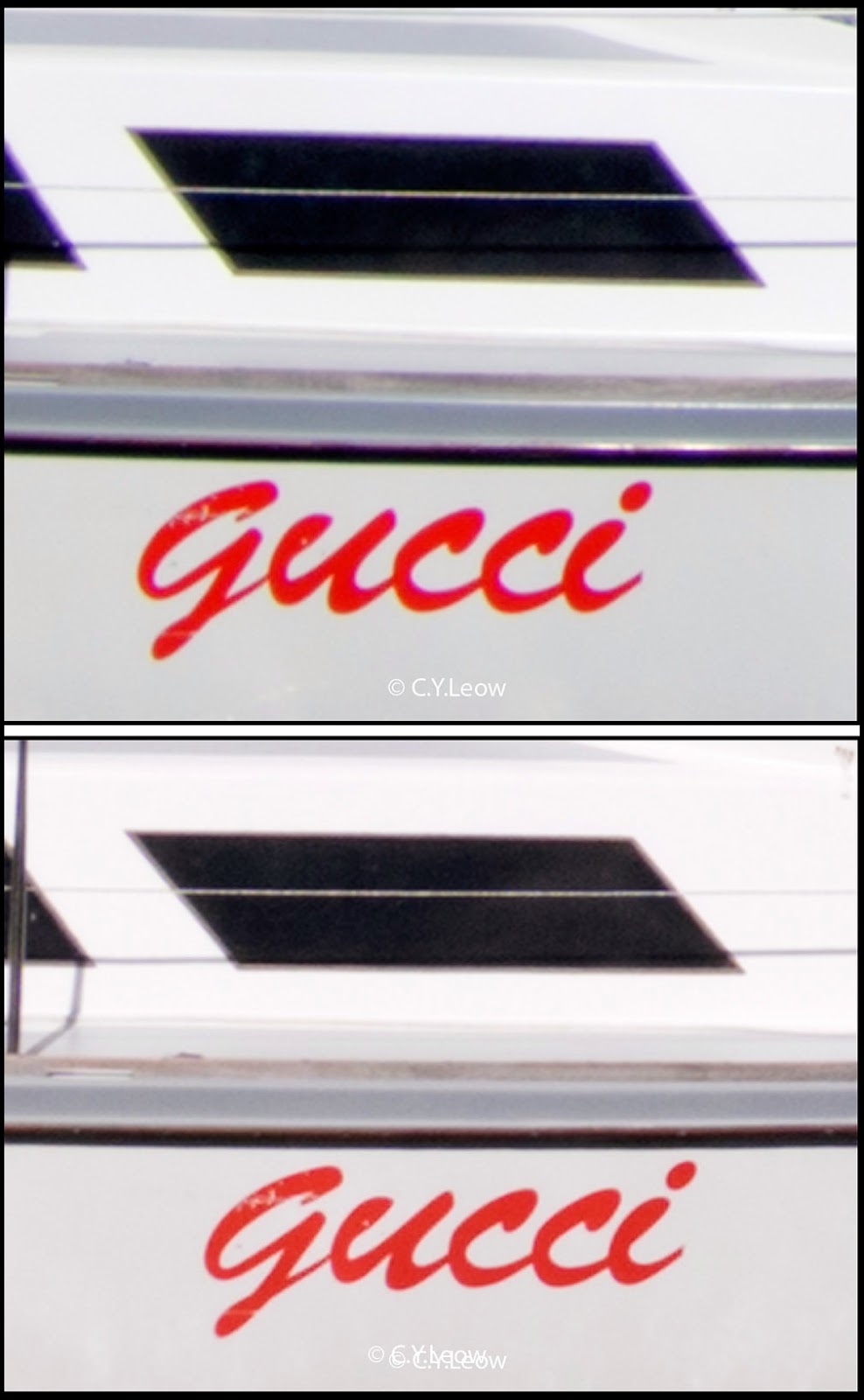 The top crop from the Olympus clearly showed the purple and yellow fringe of the lens aberration!  The bottom crop, from GM1 was CLEAN! That is the MAGIC of the in-camera correction!

Some might argue that, BIG DEAL; I can easily get rid of those colour fringes with softwares like Photoshop... true, but just think; you went on a long trip, and you have a few thousands shots ;)  The plot thickens! Ha ha ha..

Panasonic even corrects all the RAW files! 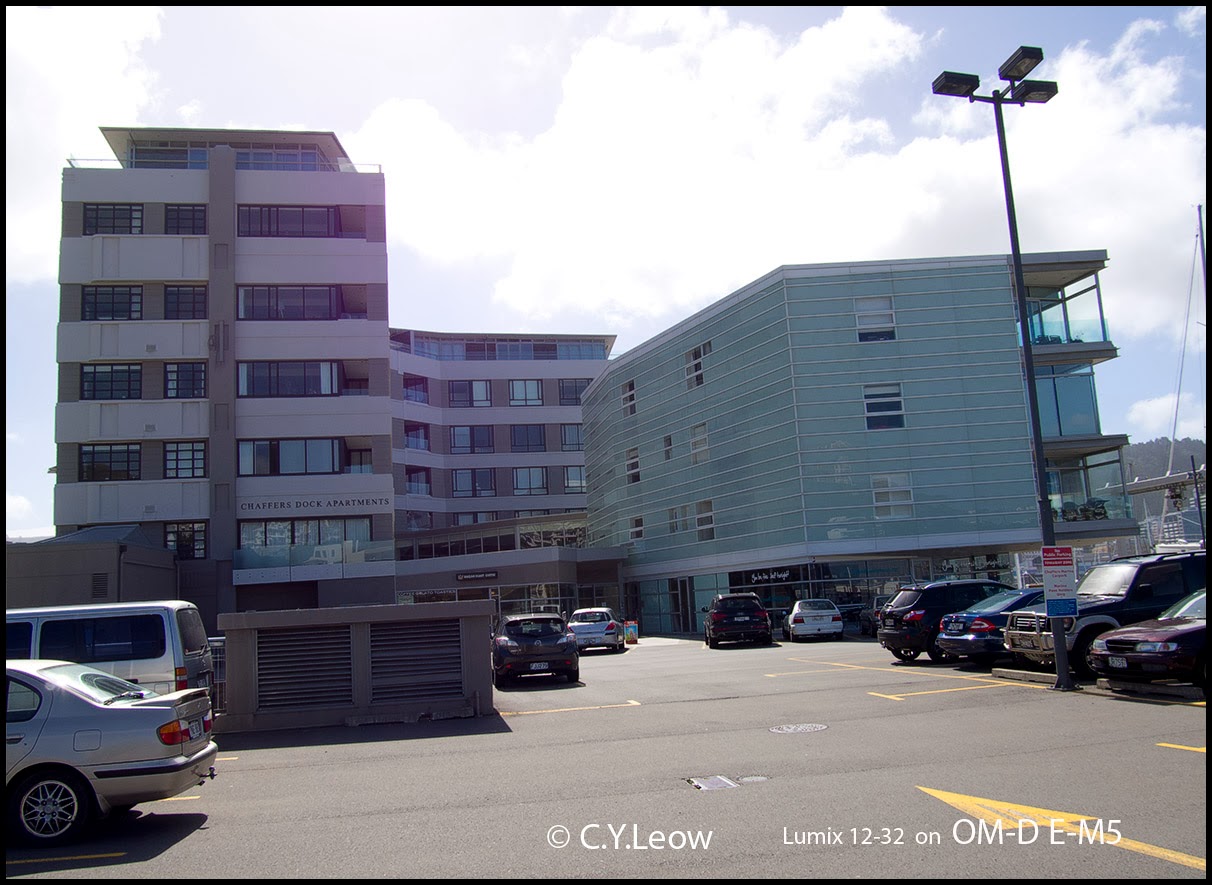 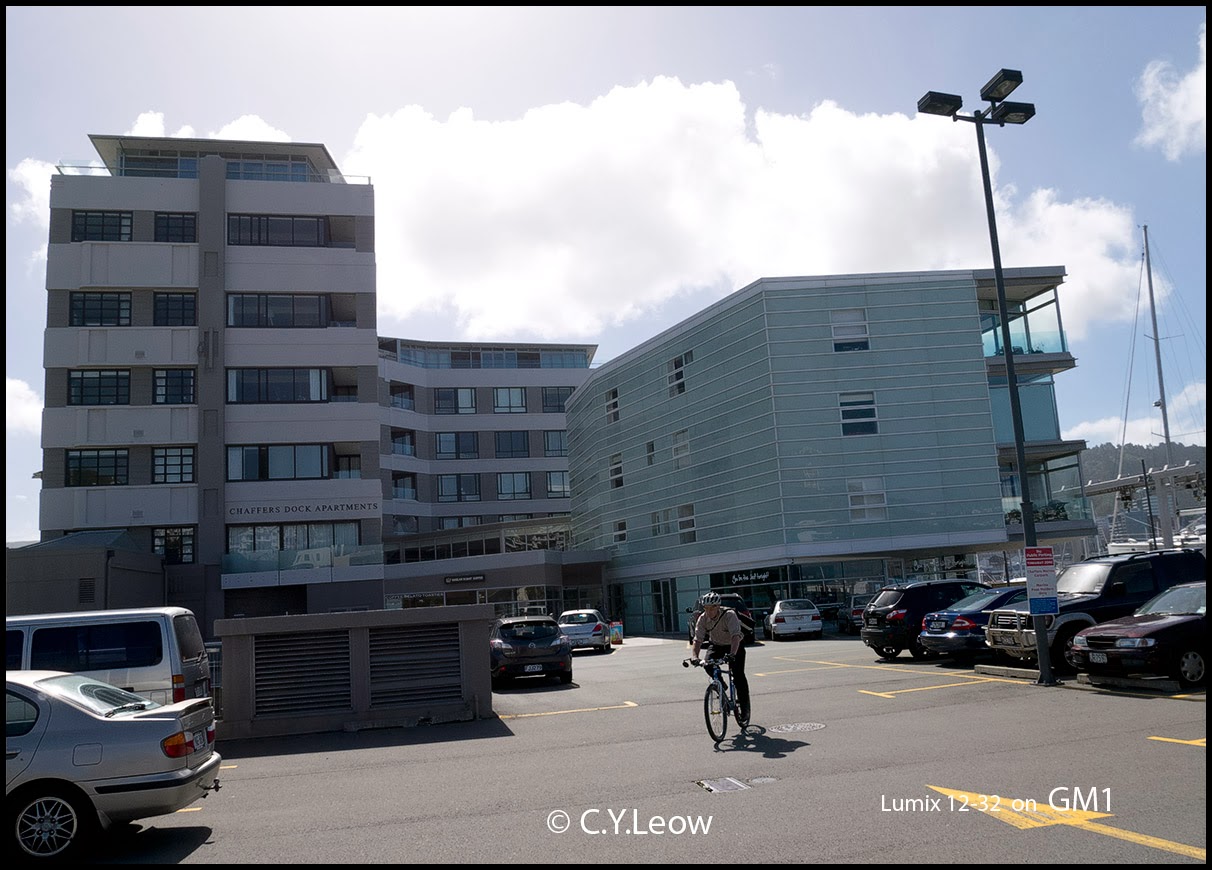 I purposely shoot into the light for this demo, notice the purple glare and flare caused by the strong sunlight with the Olympus; when mounted on the GM1, the powerful in-camera correction virtually clean up the whole image in the bottom photo! Mind boggles!

So what is  my Famous Last Words?

From my test, I think the little zoom lens produces cleaner and optically better pictures when mounted on a Lumix GM1 with in-camera corrections.

It works on an Olympus OM-D camera, but the resulting images will show all the imperfections of the optics. You are able to correct the aberrations when you "process" the images in your computer, but that can be time consuming.


One For The Road 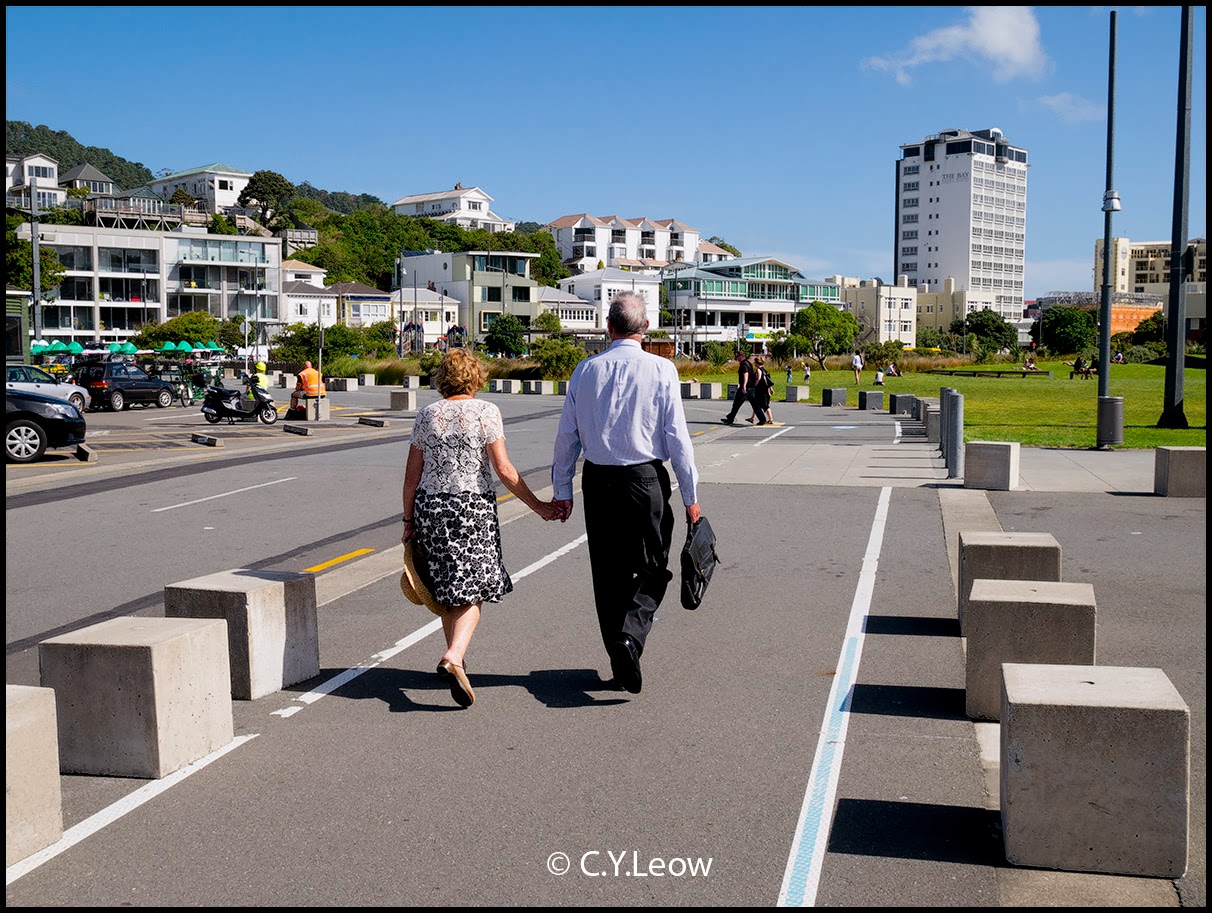 The problem with in-camera correction is that it can smear the fine detail, particularly near the corners, and thus reduce ultimate IQ. I'd rather fix the RAW in post-processing to avoid that loss where possible,

Olympus corrects the chromatic aberrations only from TruePic VII processor, so OMD E-M1 and E-M10.

The OMD E-M5 has the "old" TruePic VI processor without built in correction. But I tested the Pana 12-32 vs the Oly 14-42 II, and the amount of lateral chromatic aberrations is about the same (slightly lower on Pana, but let's say it's equal). So the 12-32 is not worse or better, it's a good average standard kit lens, smaller than the 14-42 II. What I found to be an issue in the Pana 12-32 is that the autofocus is slowlier in low light than the Olympus kit lens. I would advise to use the Pana 12-32 on the OMD E-M10 with last update to get good results in jpeg out of the box.

Hi. I use this lens a lot with my em5 and find it very sharp in most cases. I use DXO PRO to correct RAW files and obtain great result, So the in camera corrections has no value for me and creates no problems.