After I post my user experience on the little Sony RX100 lll, I know the inevitable question will come..

Sure enough, friends wanted to know was the Sony BETTER than my favorite Lumix GM1 and which one do I prefer, the Sony or Lumix?


Before I give you my answer, let me just get the following out of the way...

First of all, it is not totally "fair" trying to compare the Sony against the Lumix because they belong to a different class of compact cameras.

The Sony is a compact with FIXED LENS while the Lumix lens is INTERCHANGEABLE.

Even though both camera are about the same size, physically; the Lumix came with a larger M43 sensor while the Sony features a smaller  1" chip. 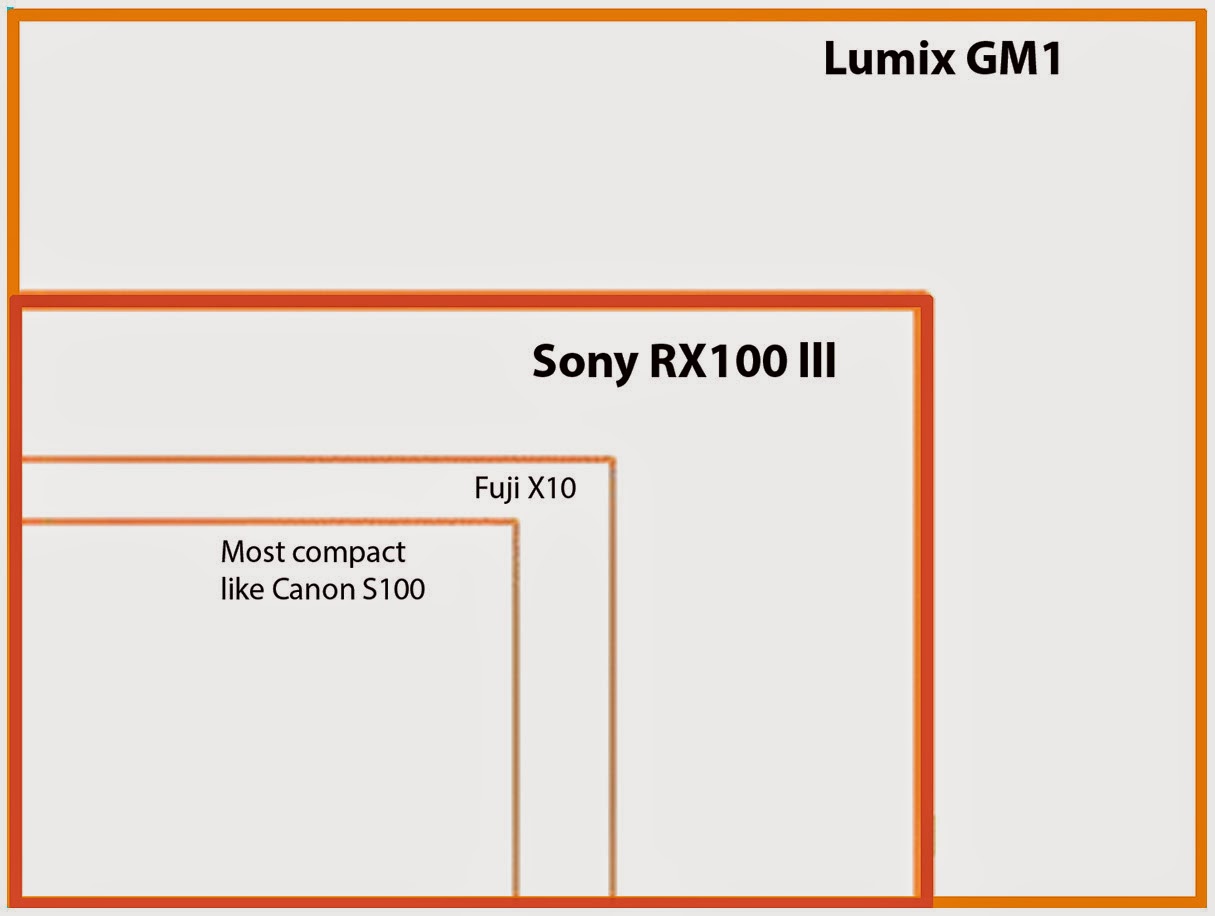 You can see from my sensor relative sizes diagram (not to scale) above, the Lumix sensor is TWICE as large as the one inside the Sony.

In this instance, does the size really matter?

Other features that are different between the two compacts..

Sony features an EVF (electronic viewfinder), Lumix do not.

When it was launch a year ago, the Lumix cost as much as the Sony.


Let's take a look at the image quality from both small wonders... 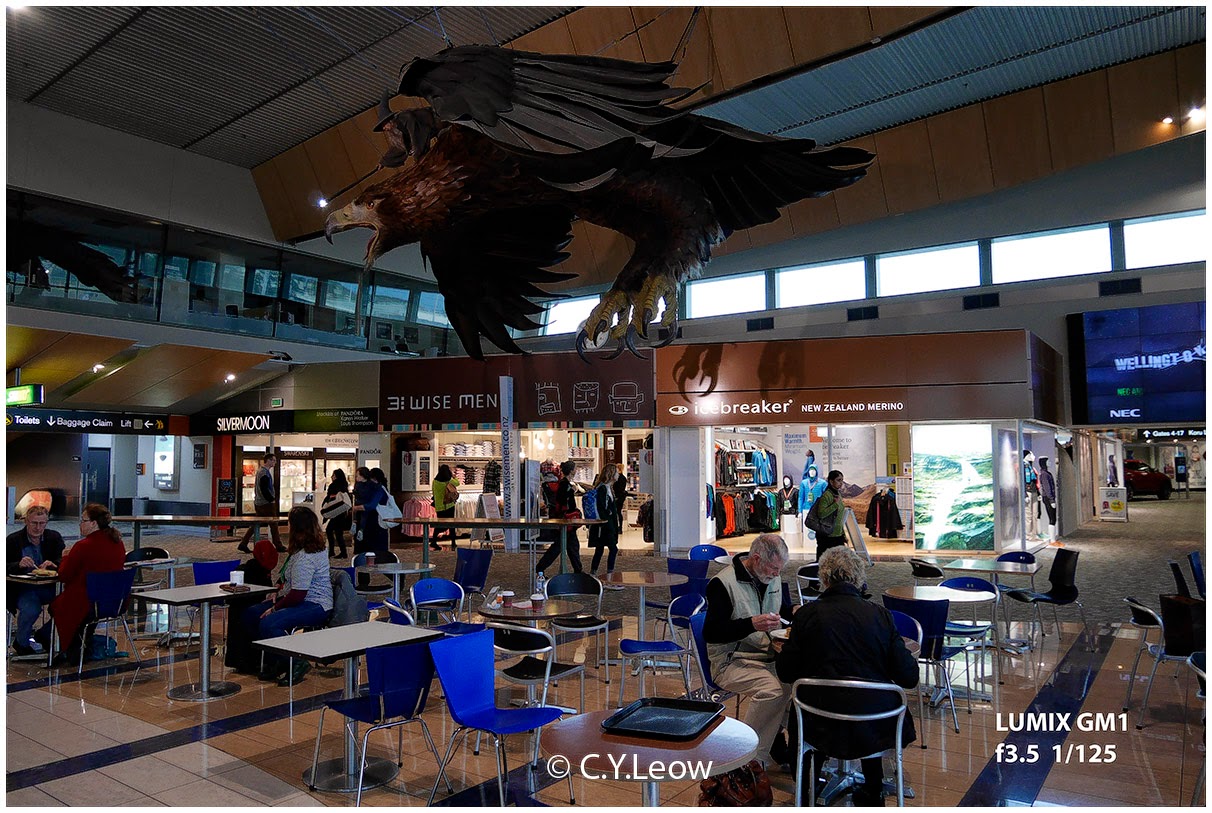 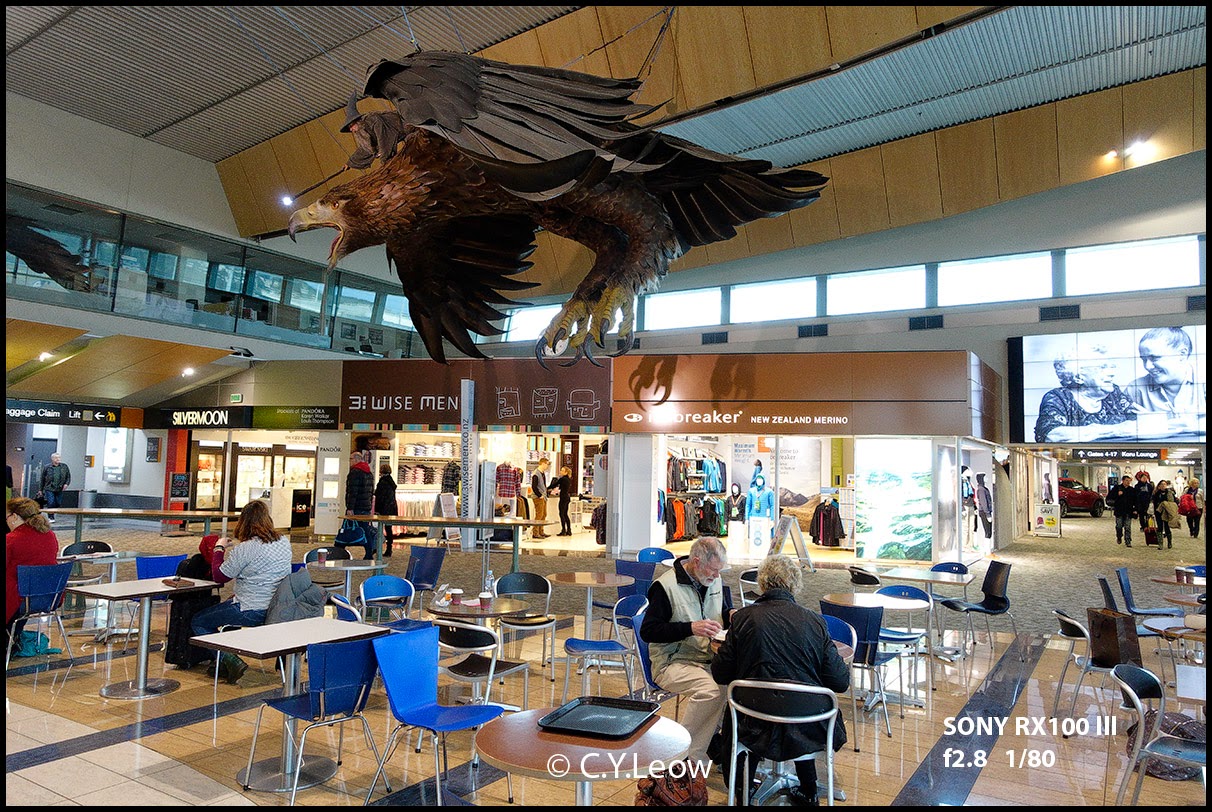 Take a look at the two pictures above, both were taken at "A" (aperture priority) setting; point-n-shoot (I don't care about the result) style.

The Lumix was shot at f3.5, the largest aperture on the kit lens and the Sony, f2.8, even though I still got a full f-stop to go.  Both shots were, technically; under-exposed. The Lumix's especially so, there were no detail on the overhead eagle.

Both RAW files were converted to Adobe DNG, opened in Adobe Camera Raw and tweaked... 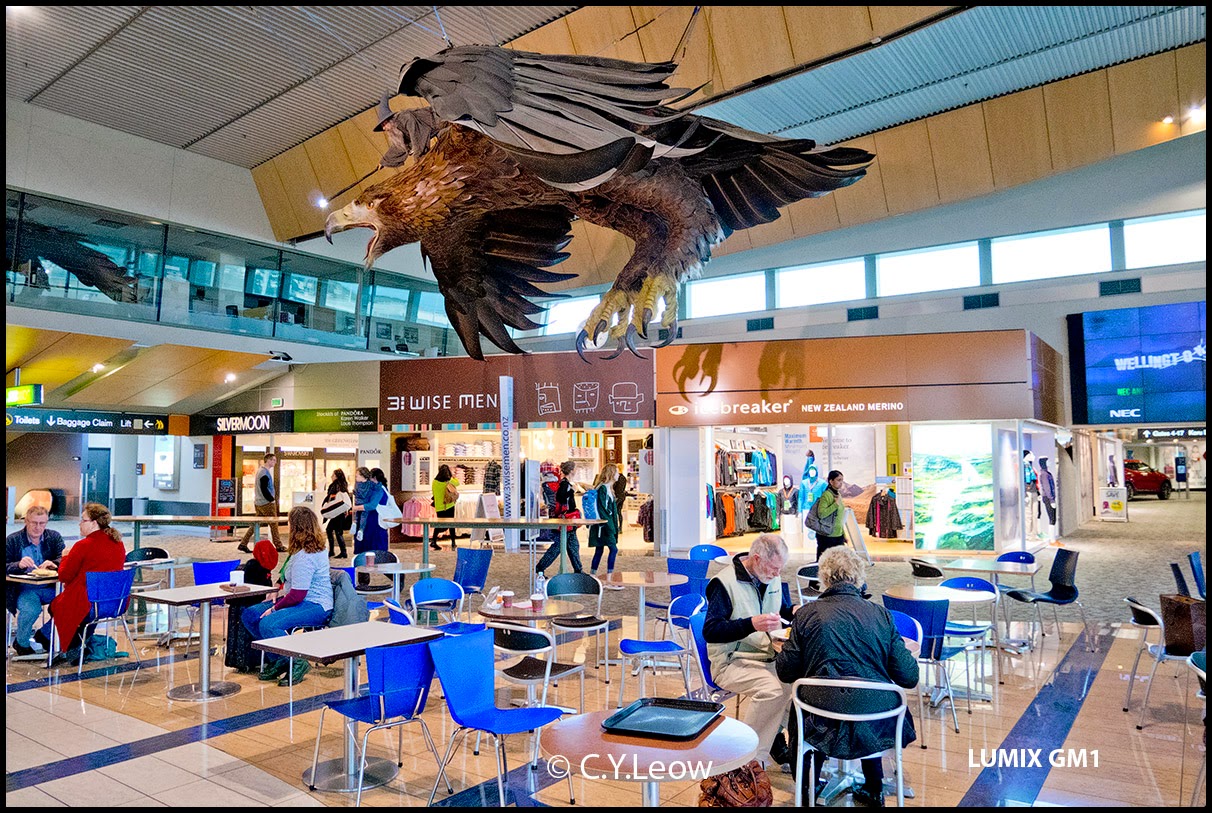 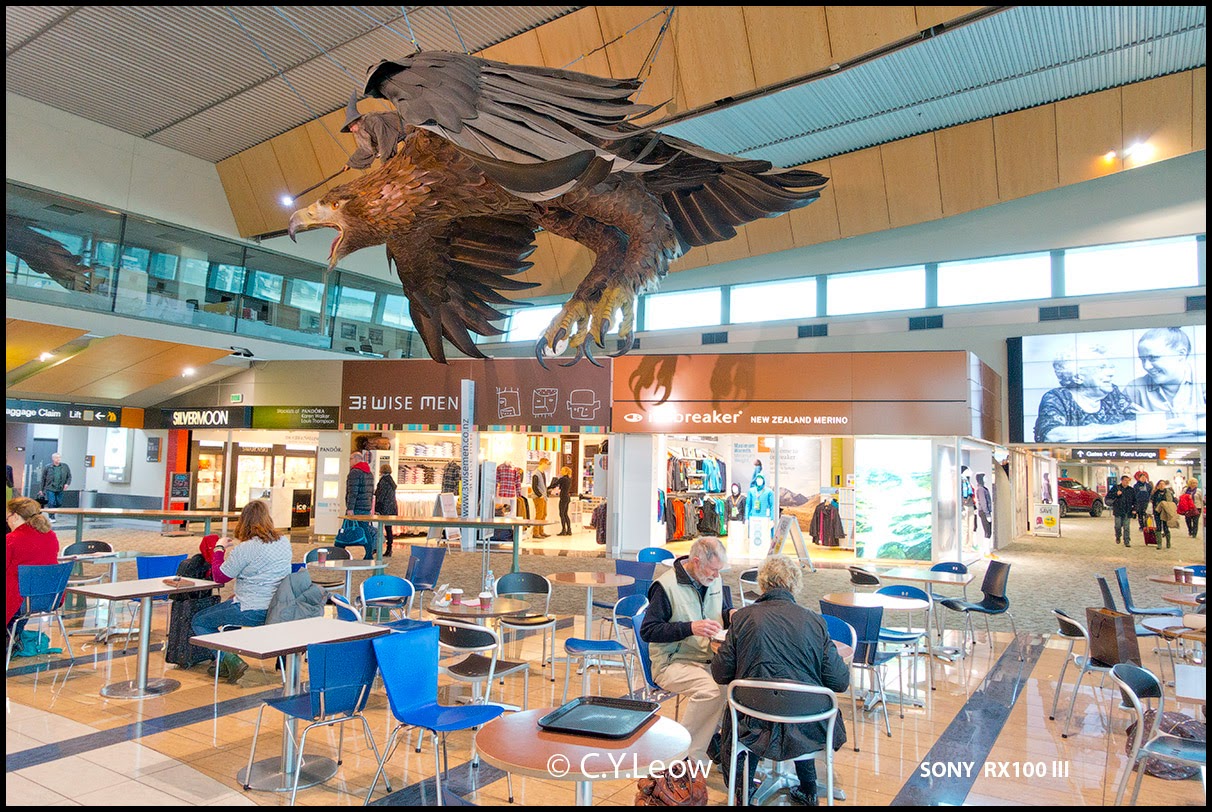 Now that both pictures look similar, I will zoom in to the eagle and see if the larger sensor of the Lumix has an advantage over the Sony. 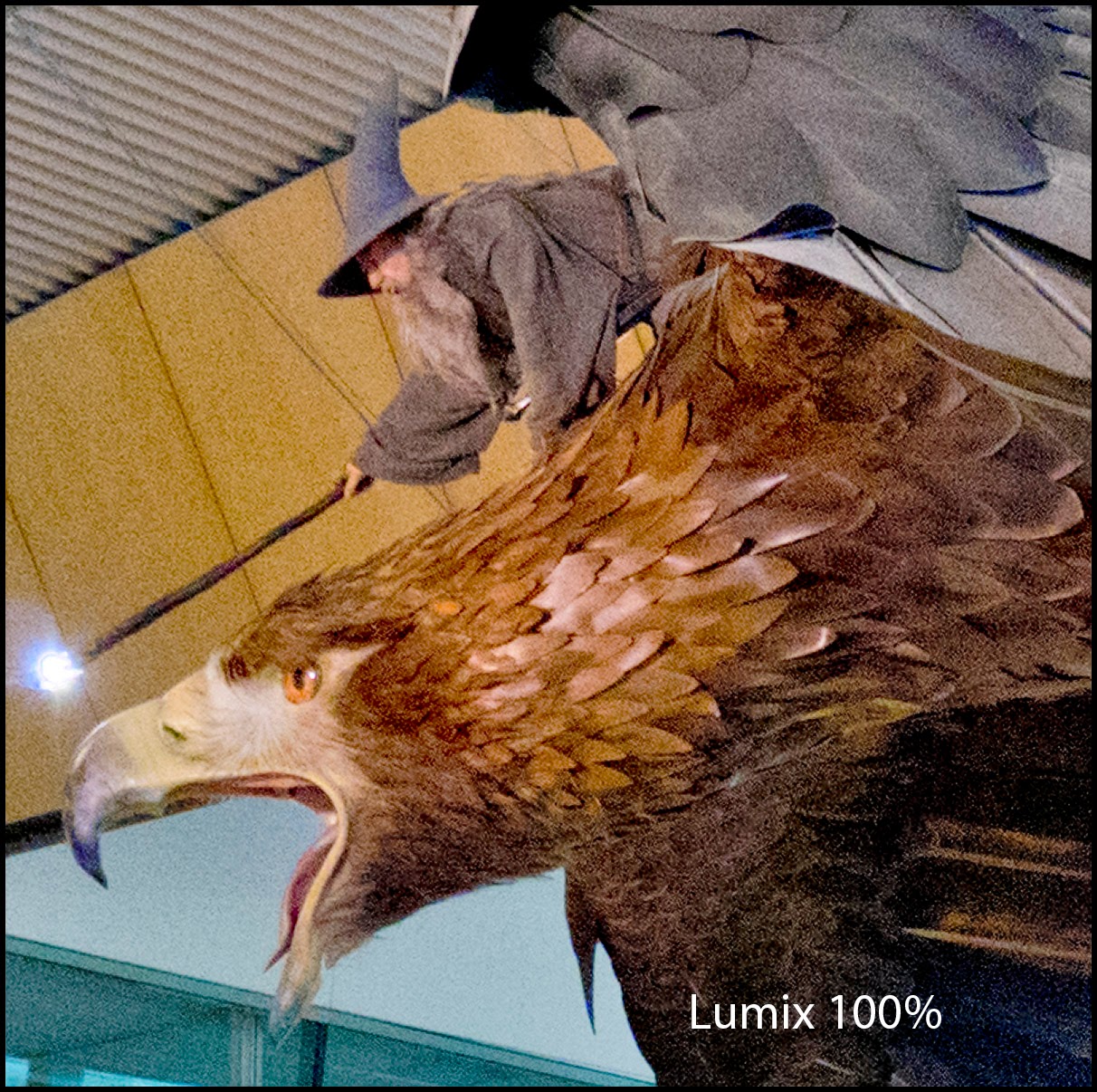 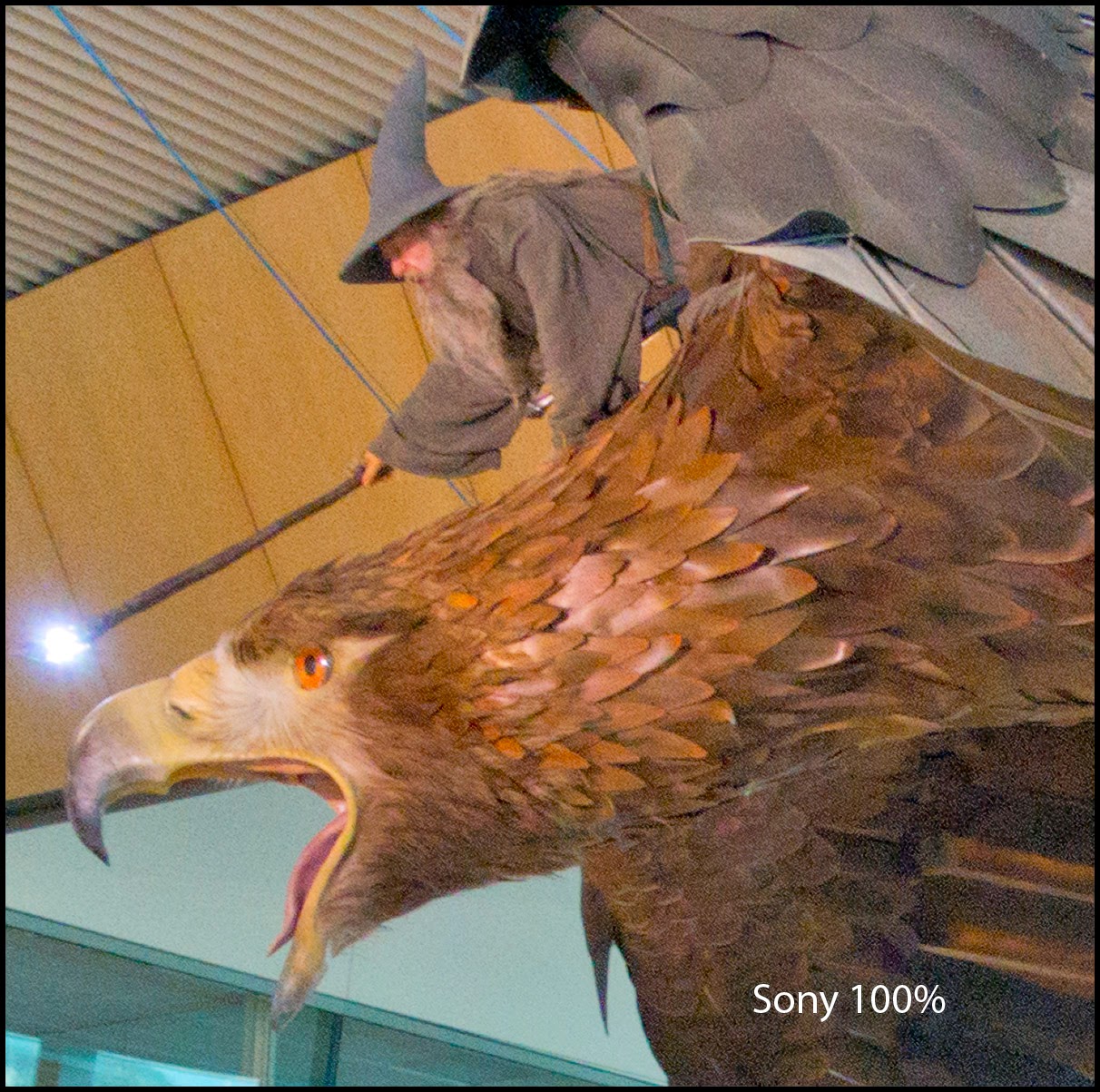 I was surprised how well the smaller sensor of the Sony held up against the nearly twice larger Lumix sensor!  The Lumix 100% look a bit "grainier" because of more underexposure.  However, both compacts performed extremely well! 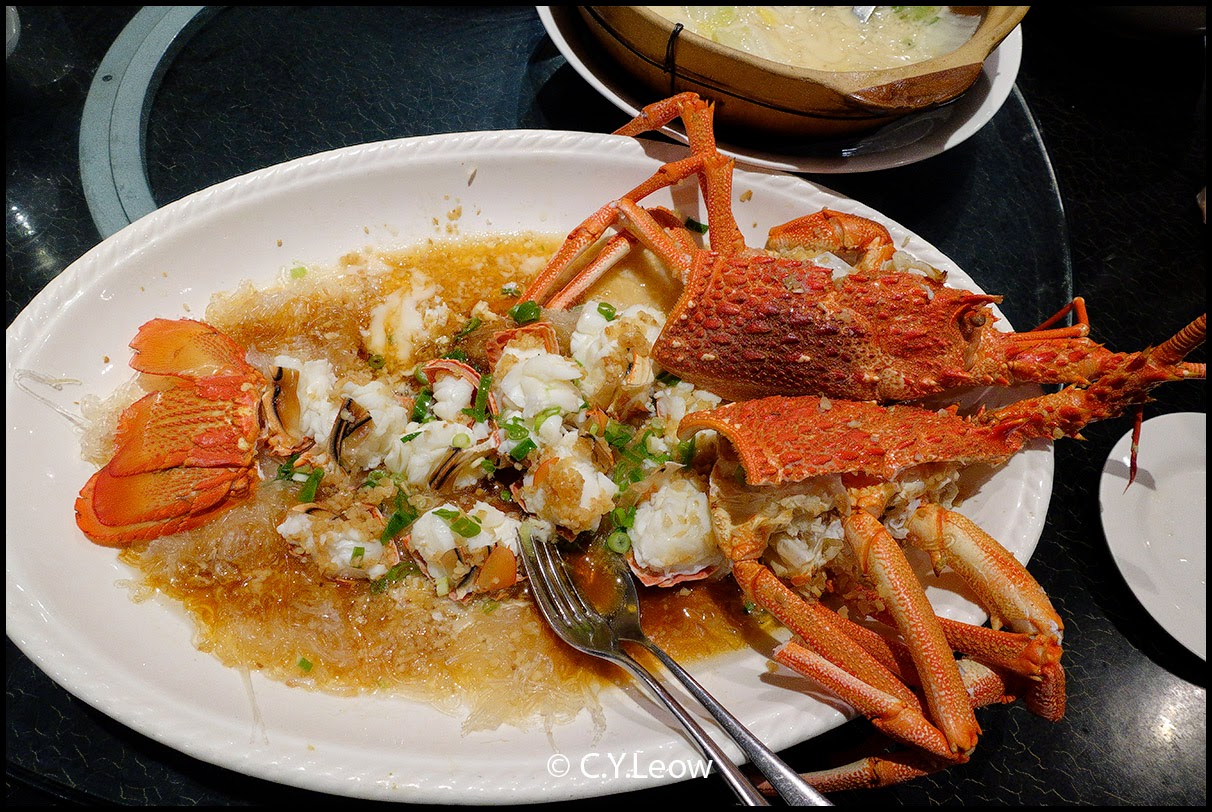 The small zoom lens on these compacts not only did well in expansive 24mm (eqv) shots, they also gave outstanding results in close-up! 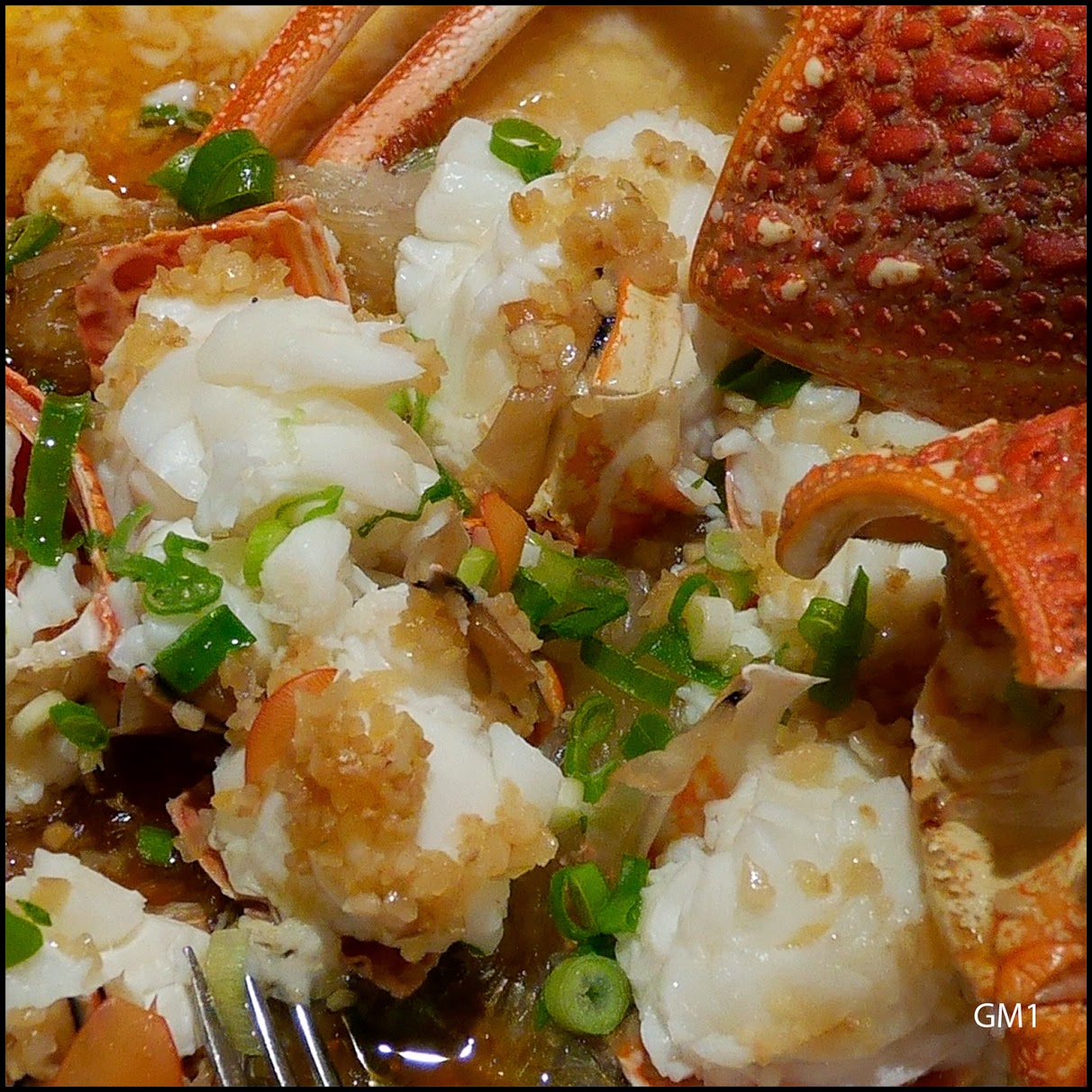 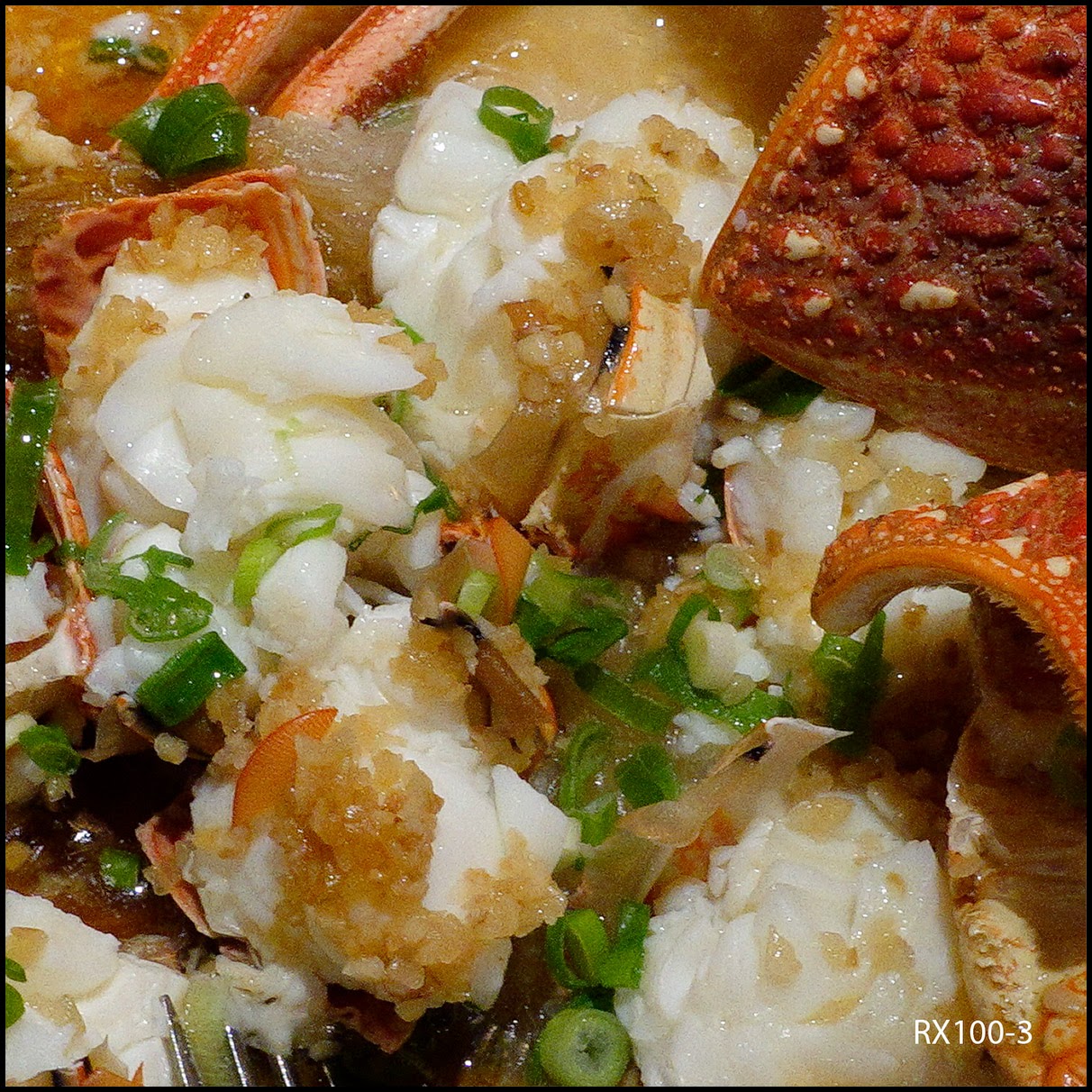 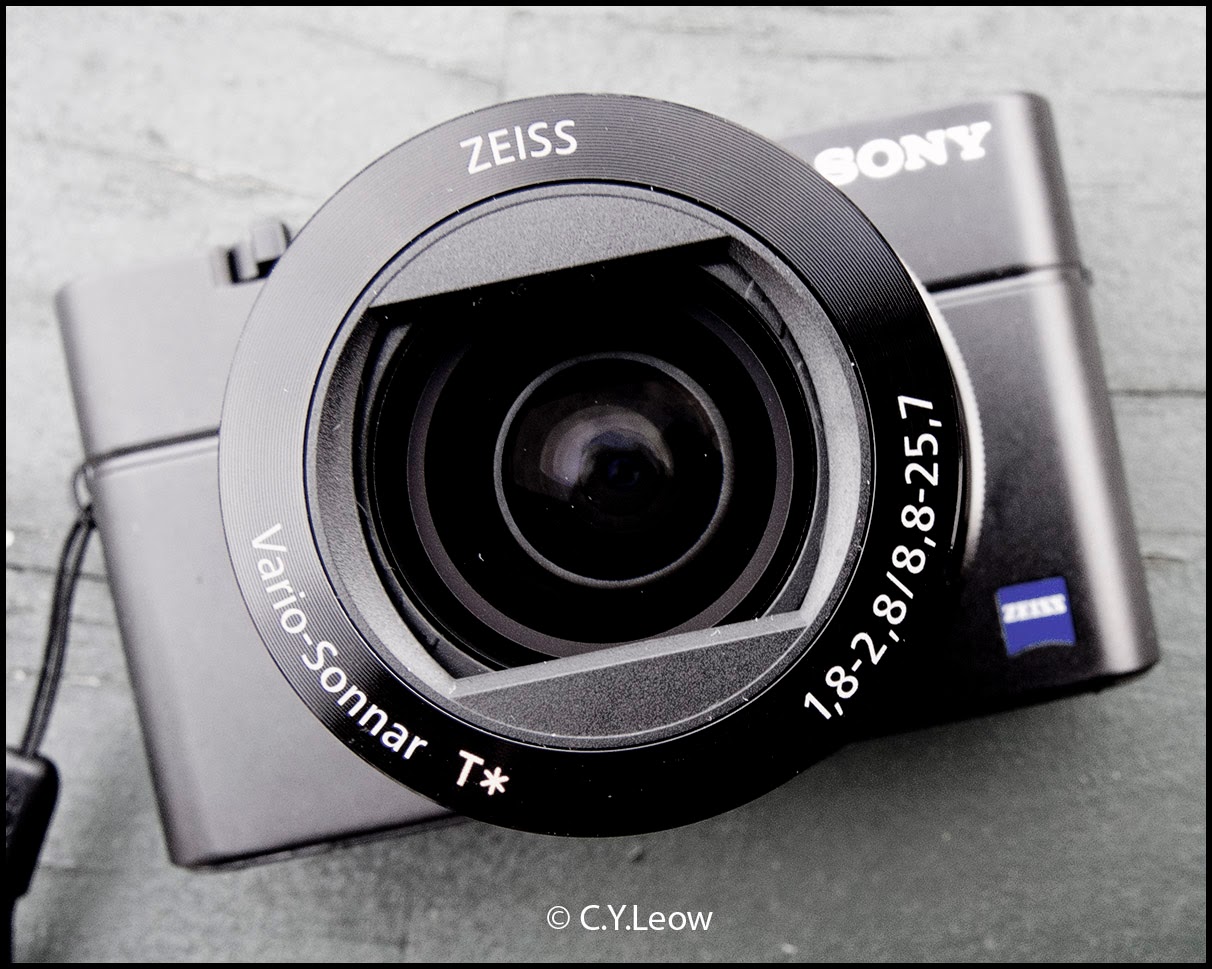 This sharpness advantage was again evident when I shot a portrait of this little girl when we were in Auckland. 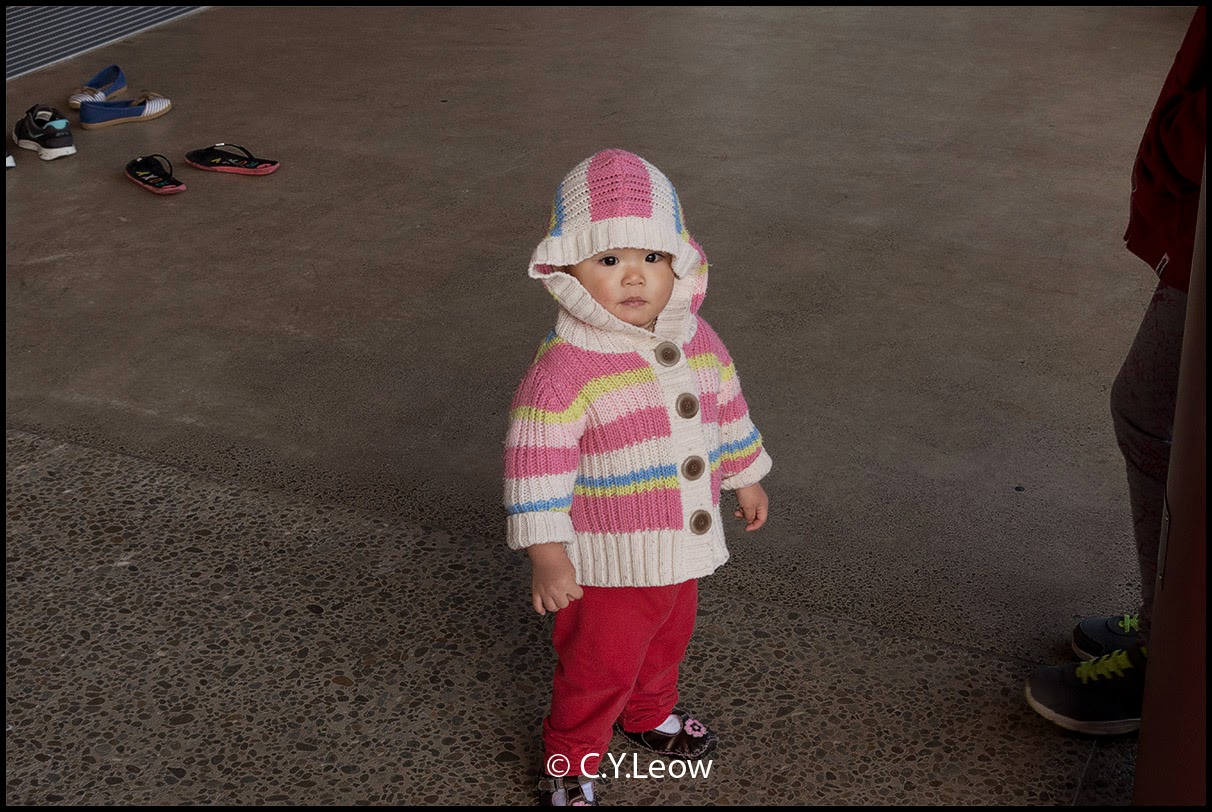 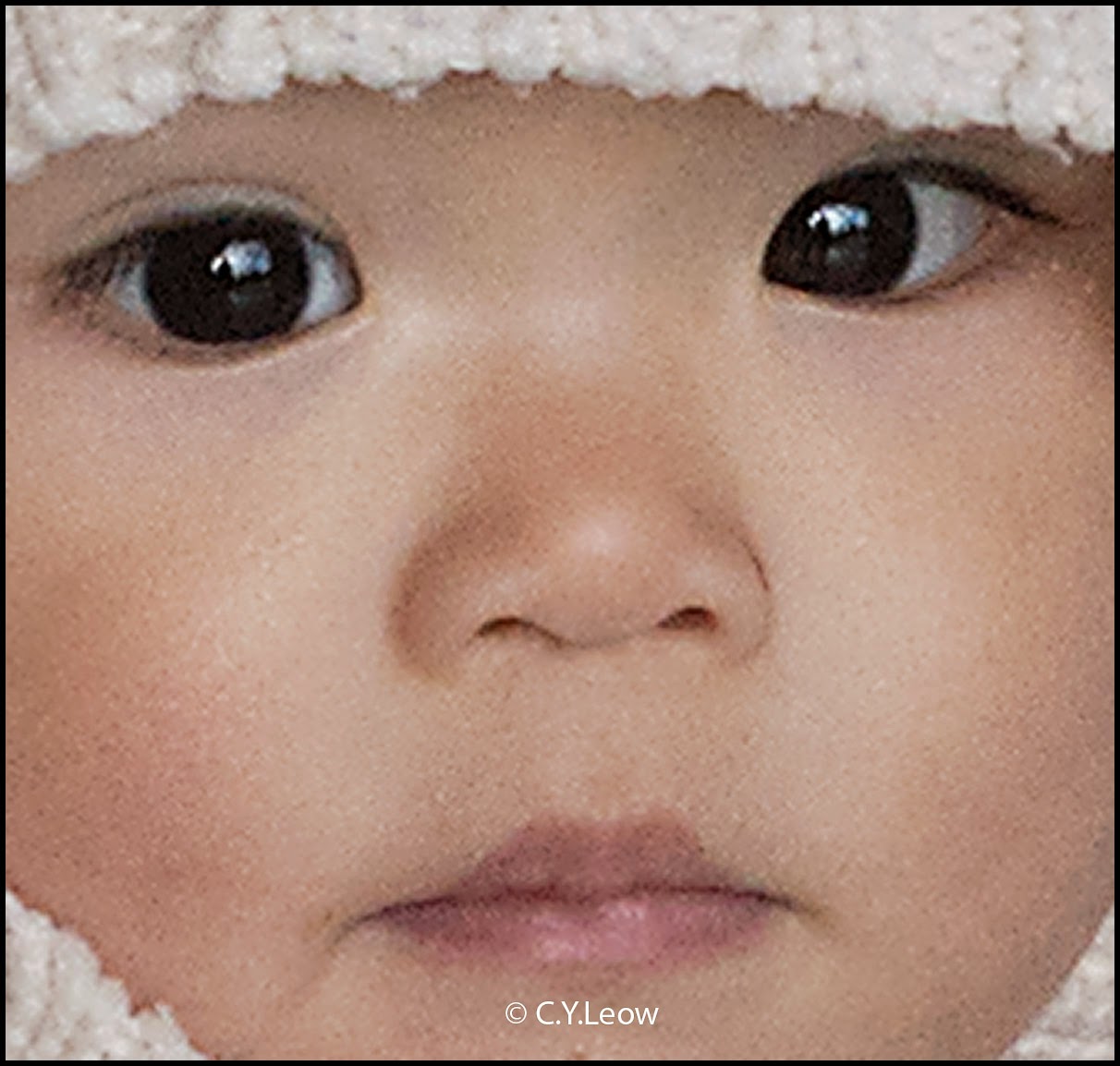 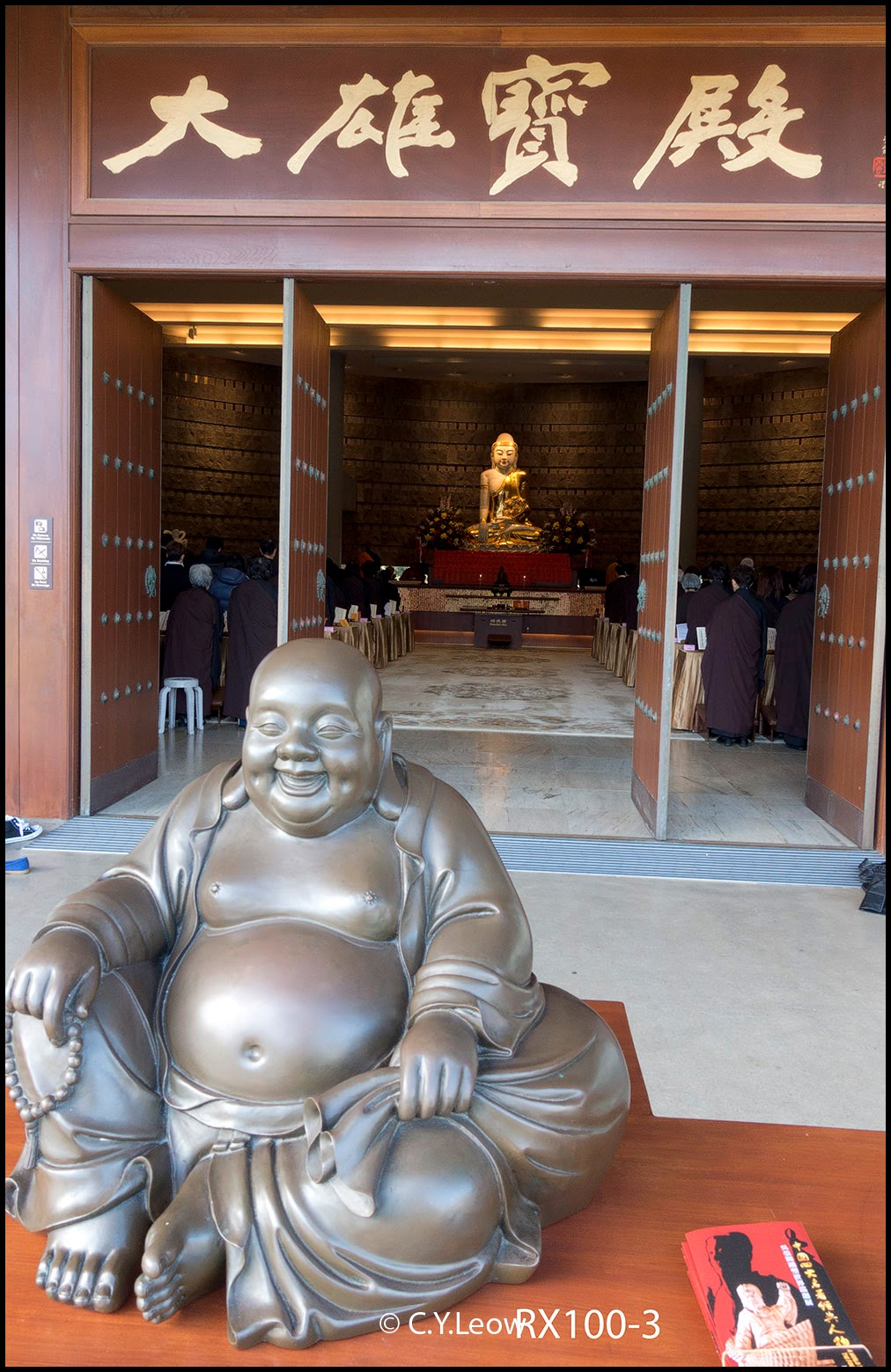 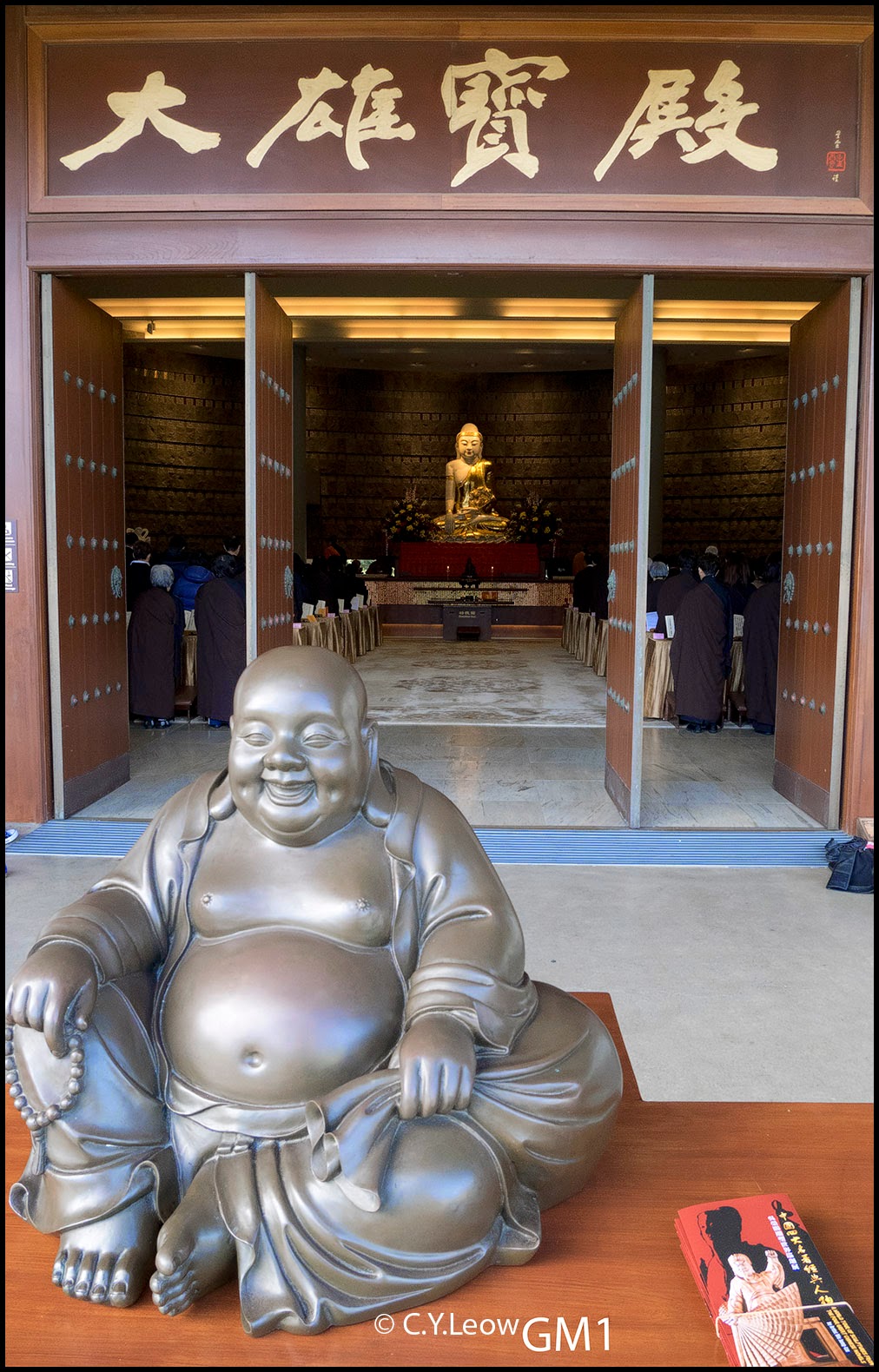 In most situation, results from the two compacts are almost identical; both deliver very sharp pictures. 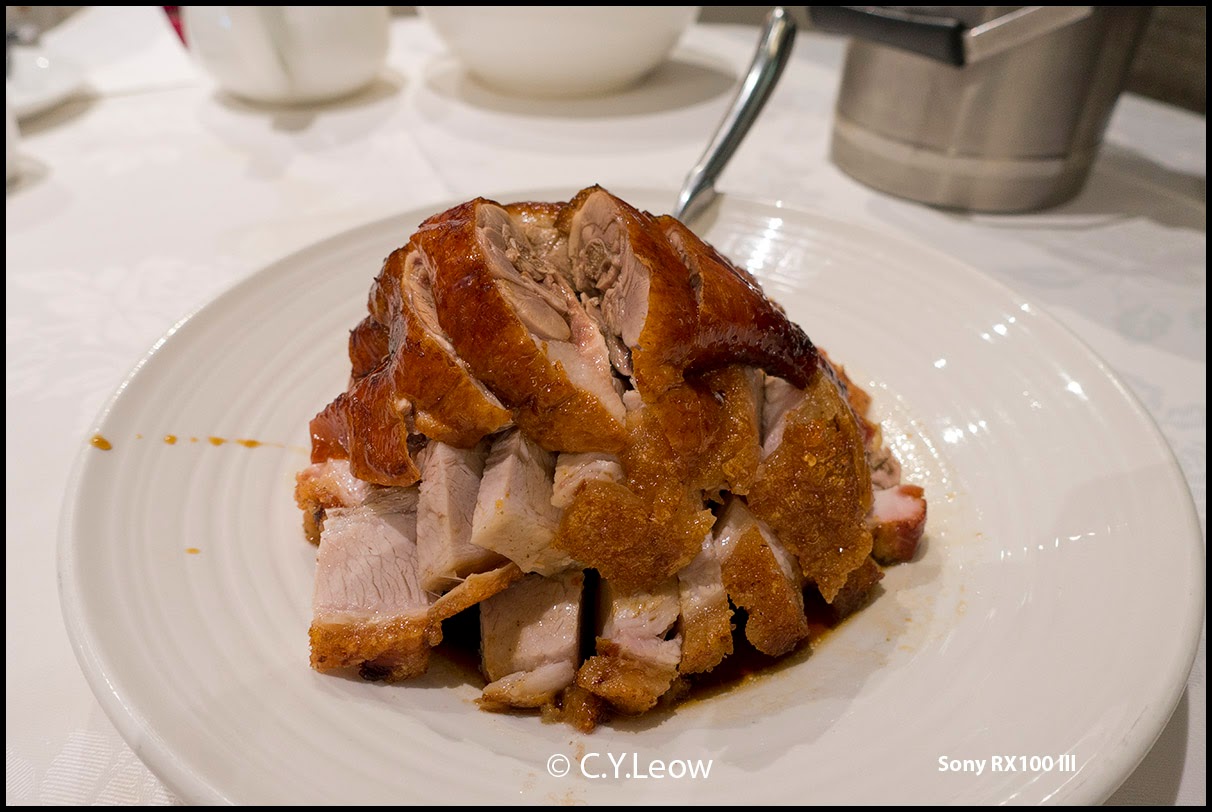 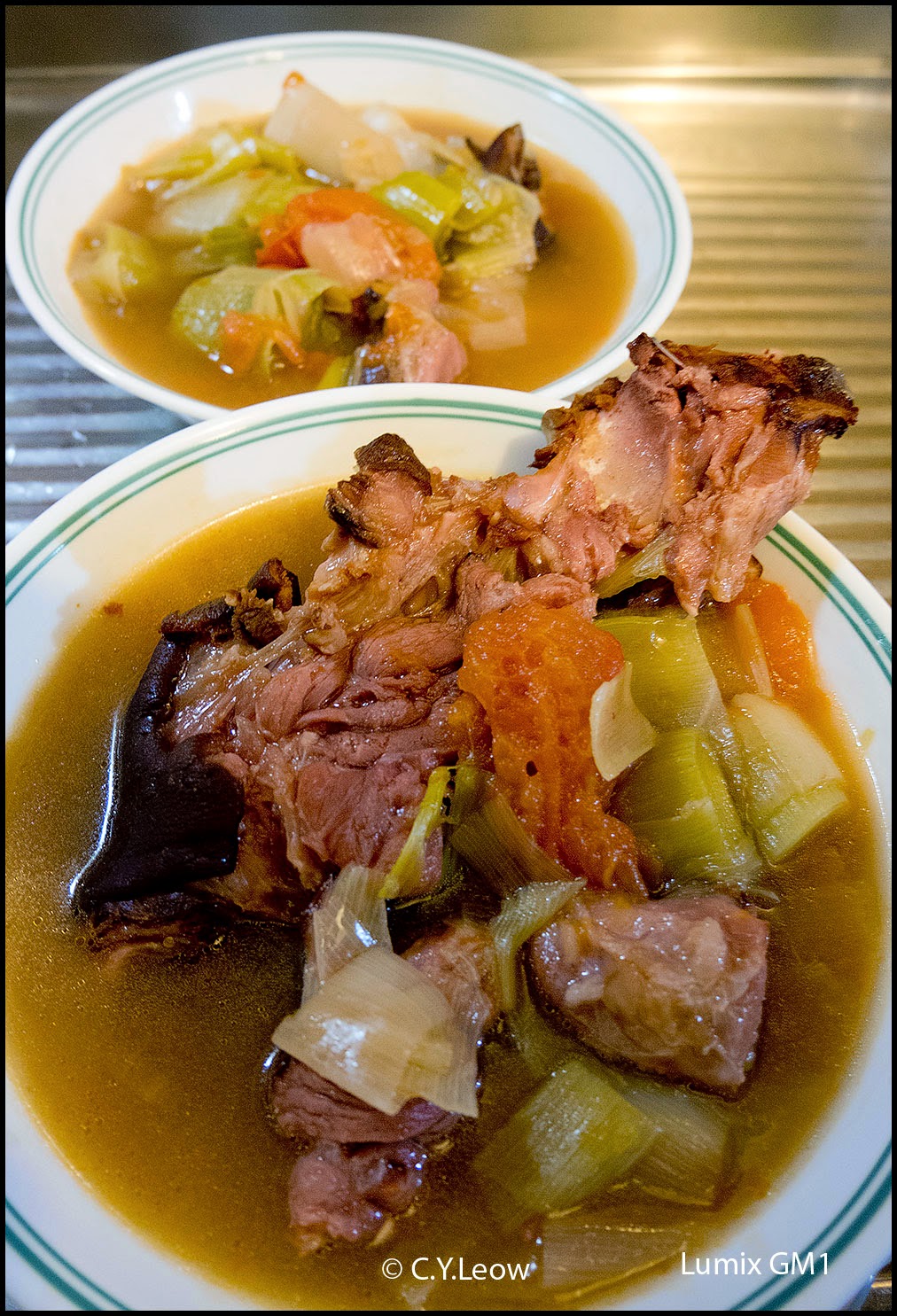 Both cameras are perfect for snapping your food, the Sony, with an f1.8 lens, have an edge on shallower depth of field and more pleasing bokeh. 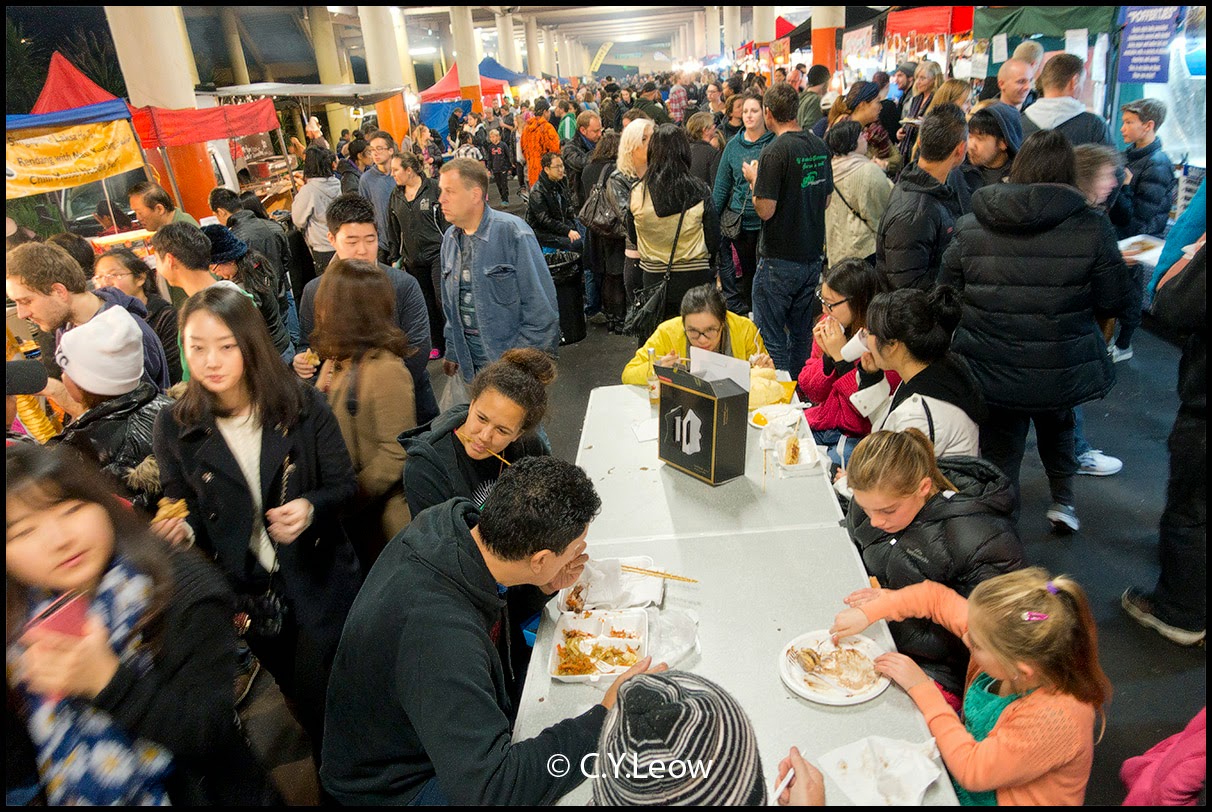 In a situation where you have to raise your camera above your head to compose, the little Sony excels with her tiltable LCD screen! Panasonic should have this feature in the little Lumix!

I can live WITHOUT the touch-screen on the Lumix, but a tiltable LCD is a MUST HAVE!  Oh... and I have not get into the incredible hide-away EVF the little Sony possess! 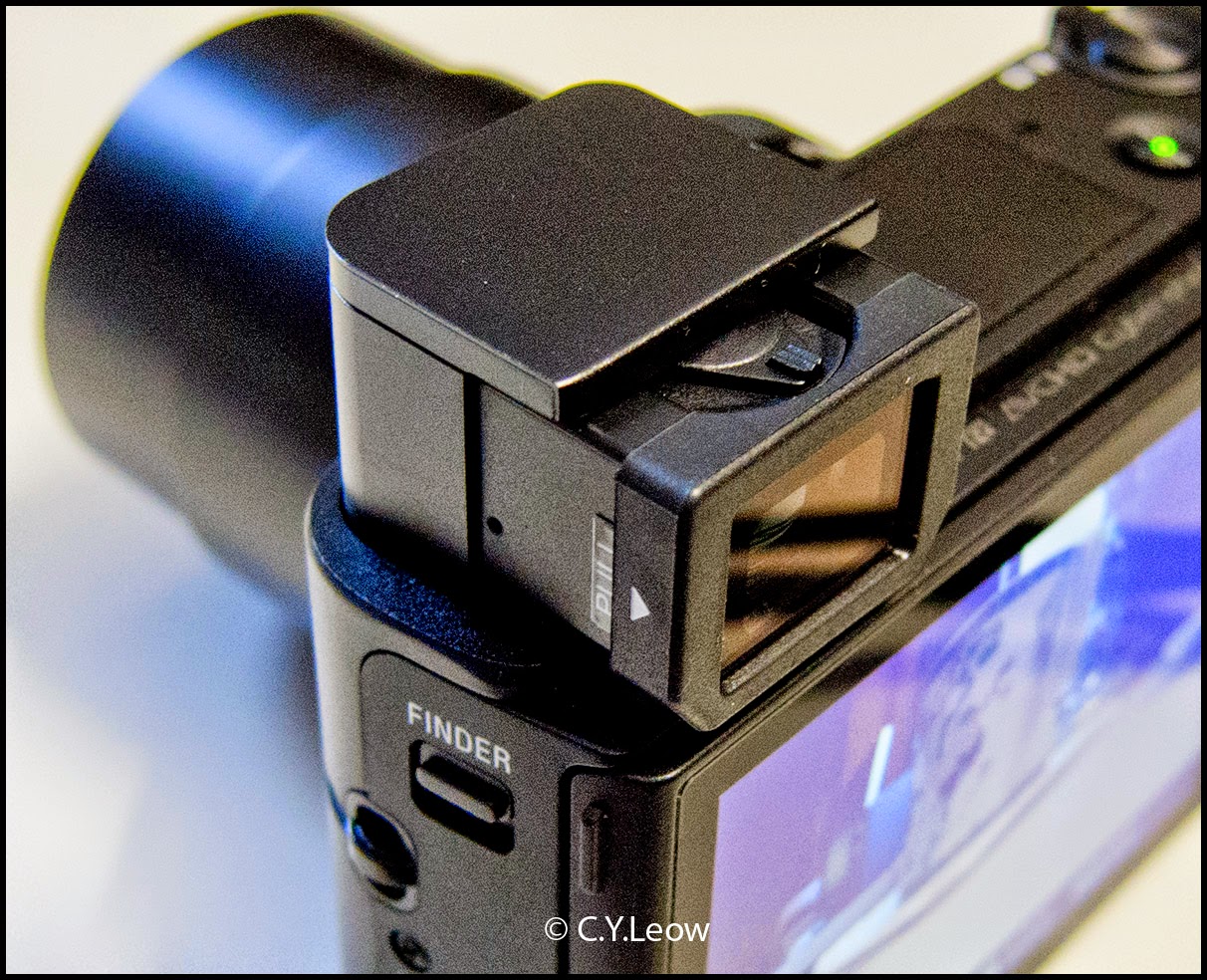 All things considered, the Sony RX100 lll have more useful features than the Lumix GM1.

In conclusion, I would tell my friends...

But if you want a super compact that also enable you to use all the M43 lenses, the Lumix GM1 is the one.

Am I making sense?

It looks to me that you mis-fired on your image sharpness comparison. This is very easily done if you don't use a tripod - you end up comparing the amount of camera shake in each shot more than the sensor or lens. Even if you compare across multiple shots you can easily end up measuring your personal fit with a camera body or shutter release.

Looking at a professional comparison

..The GM1 slightly has the edge at low ISO and good light (try eg reading the lettering on the colour wheel at 800iso - they're matched so closely that across most of the image you won't see a difference) and then pulls out further ahead in low light and high iso:

...Which is exactly what you'd expect from sensor size. What's surprising is that in low light the GM1 clusters closer to the RX1 than the Rx100. The RX100 loses the lettering in a blur but the GM1 and RX1 keep it legible - the RX1 doing so with less noise, of course.

..It's a little irritating that all 3 (? I haven't used an Rx1) of those cameras have low light modes and that I can't find a comparison. They pull the same trick of taking multiple exposures and comparing them to filter out noise.