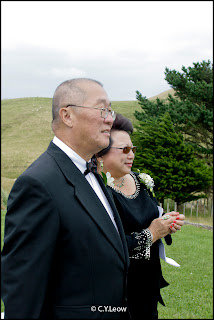 Charles Chan and Janet are in Wellington, we had a dinner catch up; we reminisced the good old days when we were with The Star tabloid in Malaysia. Isn't that what "Two old  stars of The Star" (quote and unquote from Chong Cheng Hai) talk about? Chong is a "younger star of The Star".  ;)

Charles and I go back a long way, he was the News Editor and me the Photo Editor at the 1974 Star Publications in Penang, Malaysia.

When I joint, The Star was hardly 2 years old. We were competing with the all powerful The New Straits Times, the national broadsheet and a 70+ year old local, The Straits Echo; another broadsheet.

Charles was a no nonsense News Editor during those "lean and mean" days, I remember fondly that he ordered the photographer to reshoot the job because the shots were not up to his high standard. In 1974, News Editor has MORE power and say than a young Photo Editor ;)

Charles got along with me so well that he SOLD me his precious SOLID SILVER Dunhill cigarette lighter for RM 60.00! He even let me pay the amount by 3 monthly installments of RM 20.00 :) He reckoned that was a sure way of quitting his smoking habit! Hee hee...