Vienna has the best living standard in the world, according to the Mercer 2011 Quality of Living survey.

"Living conditions are analyzed according to 39 factors, grouped in 10 categories, including politics and social environment, economic environment, health and sanitation, education, transportation, housing and recreation. Mercer’s Quality of Living index covers 221 cities, ranked against New York as the base city."

According to Mercer, Quality of Living Ranking; the Top 5 Cities are:

We remember Vienna, we were there for ONE night ;) 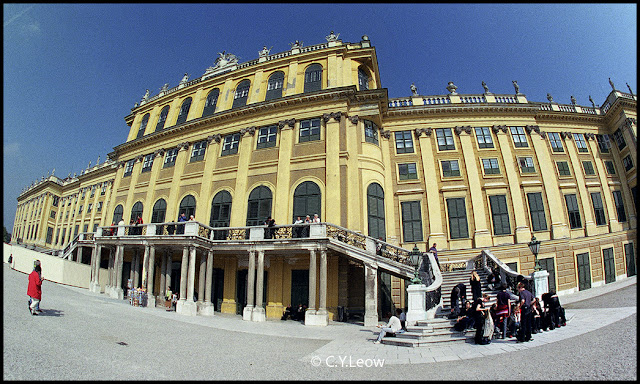 We remember the majestic palaces... 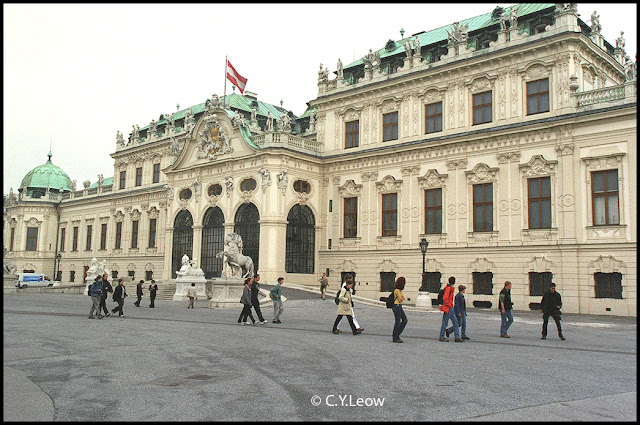 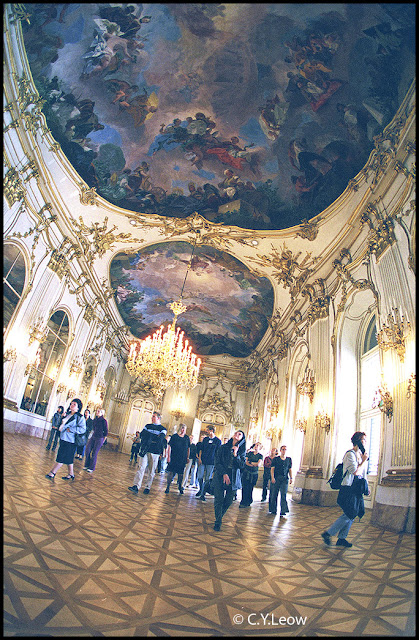 I remember the grand interior of the Schönbrunn Palace, where "Photography Not Allowed!"

Why? I don't know!  May be they changed the rules now?

Tell me how many UNESCO World Heritage Site that you are not allowed to take pictures! 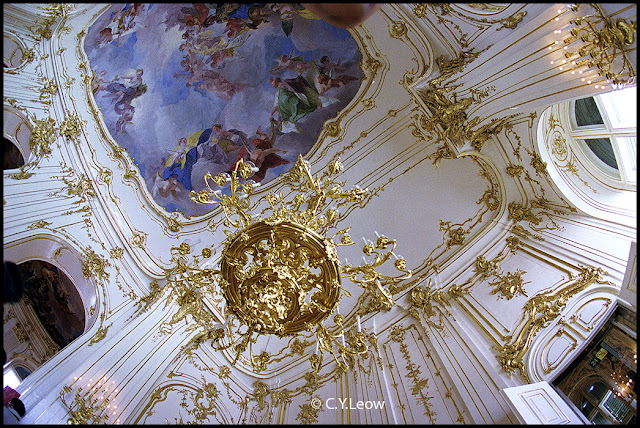 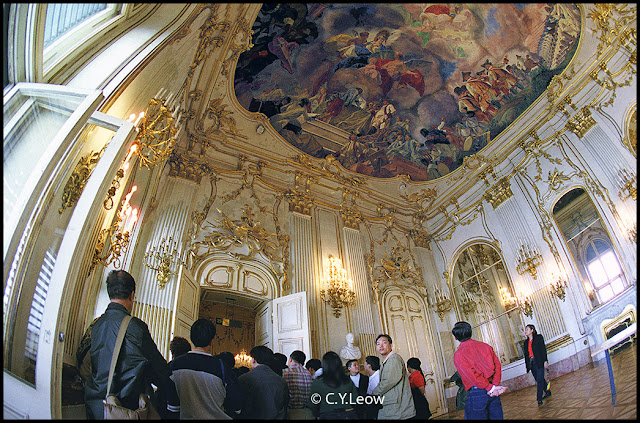 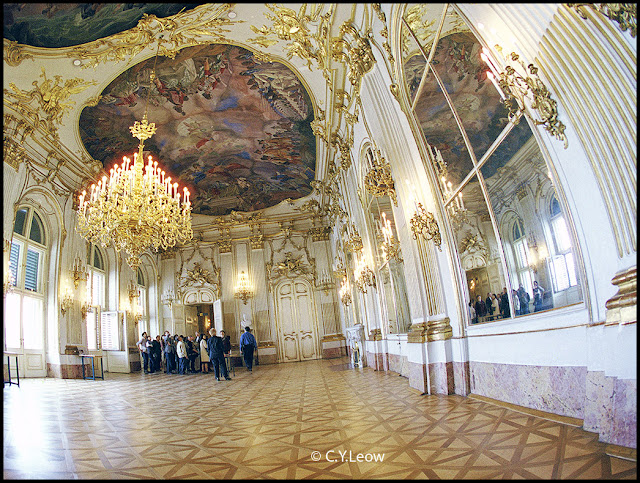 Schönbrunn Palace (German: Schloss Schönbrunn) is a former imperial 1,441-room Rococo summer residence in Vienna, Austria. One of the most important cultural monuments in the country, since the 1960s it has been one of the major tourist attractions in Vienna. The palace and gardens illustrate the tastes, interests, and aspirations of successive Habsburg monarchs.

We also have fond memories of St. Stephen's Cathedral... 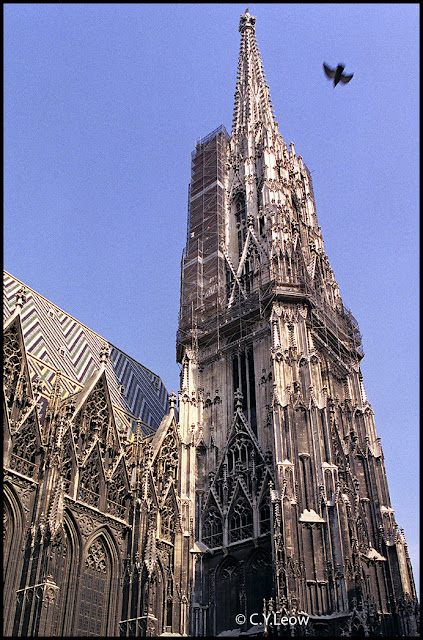 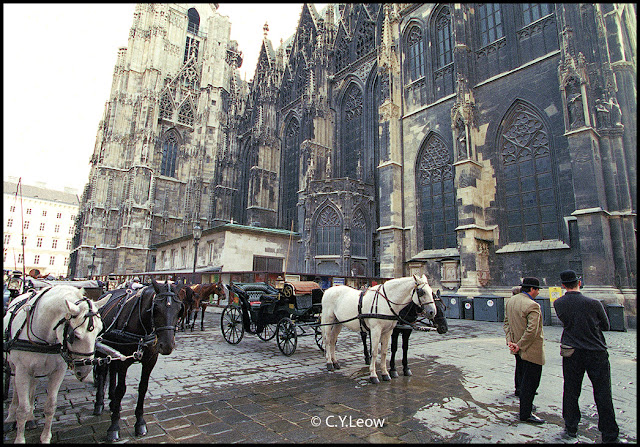 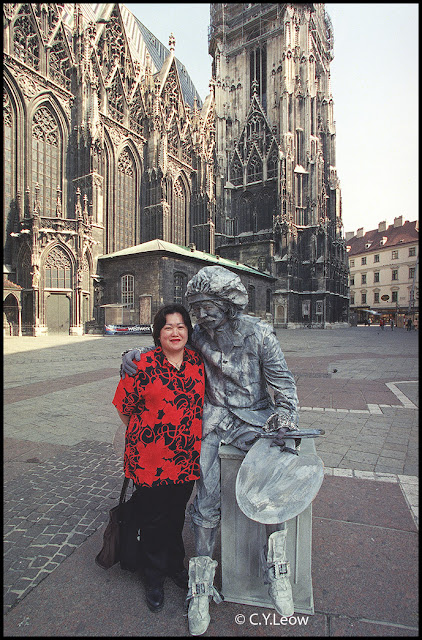 Where Le General took picture with a living statue ;)

St. Stephen's Cathedral (German: Stephansdom) is the mother church of the Archdiocese of Vienna and the seat of the Archbishop of Vienna, Christoph Cardinal Schönborn, OP.

Its current Romanesque and Gothic form seen today, situated at the heart of Vienna, Austria in the Stephansplatz, was largely initiated by Rudolf IV and stands on the ruins of two earlier churches, the first being a parish church consecrated in 1147.

As the most important religious building in Austria's capital, the cathedral has borne witness to many important events in that nation's history and has, with its multi-colored tile roof, become one of the city's most recognizable symbols. 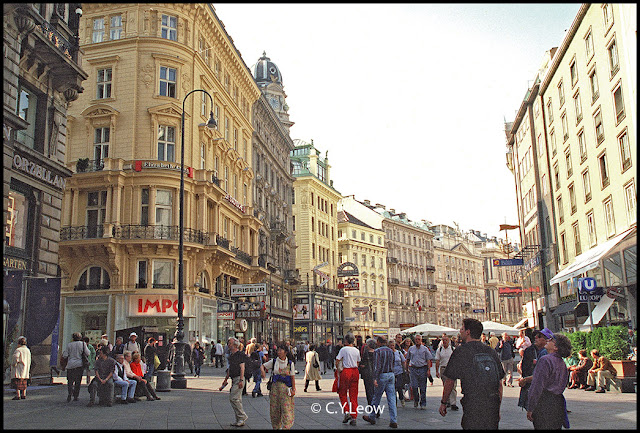 Le General remember the shop-till-you-drop feeling at the famous Kaerntner Strasse.  Kärntner Straße (German for Carinthian street) is the most famous shopping street in central Vienna 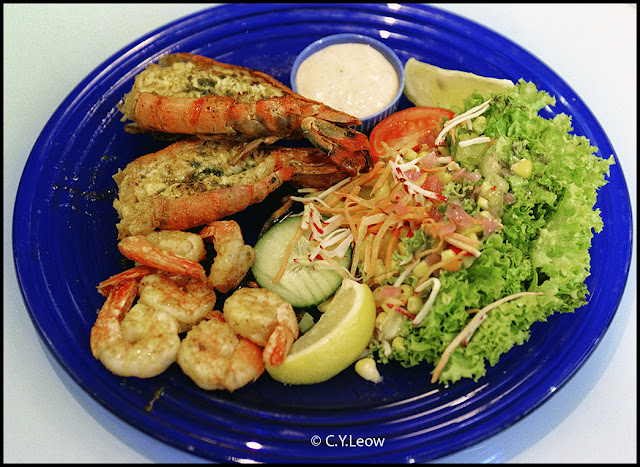 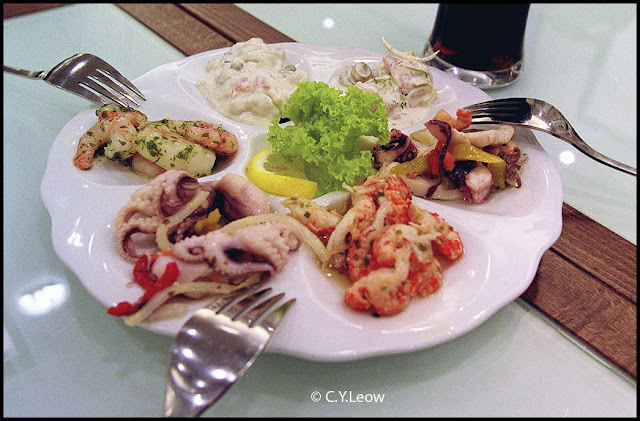 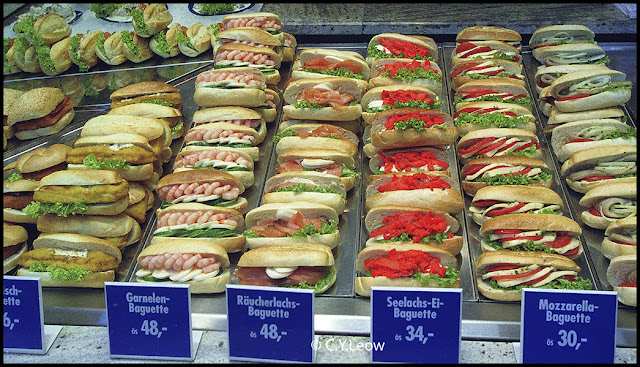 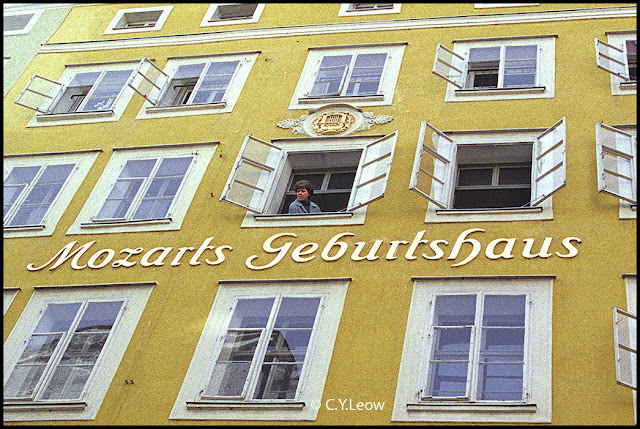 Mozarts Geburtshaus Who?  I think it meant Mozart's House?

While visiting Vienna in 1781, Mozart was dismissed from his Salzburg court musician position. He chose to stay in the capital, where he achieved fame but little financial security.

During his final years in Vienna, he composed many of his best-known symphonies, concertos, and operas, and portions of the Requiem, which was largely unfinished at the time of his death.

The circumstances of his early death have been much mythologized. He was survived by his wife Constanze and two sons.  - Wikipedia

Vienna is also a romantic place, you don't believe me?  Take a look at this candid capture! 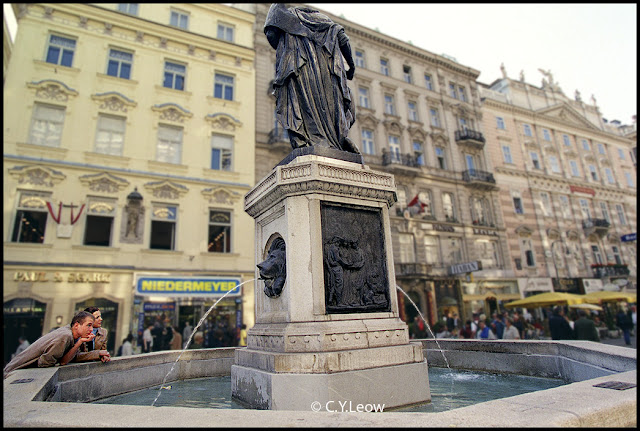 We miss this lovely city, Vienna; we will be back!

On The Other Hand...

Email ThisBlogThis!Share to TwitterShare to FacebookShare to Pinterest
Labels: News