Encounter Of The Nikon 1 Kind! 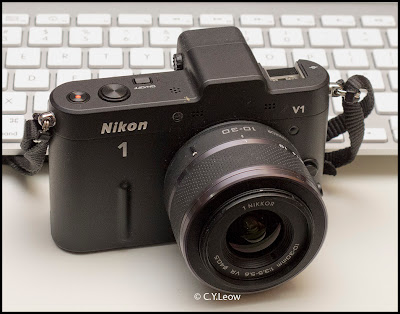 ♬♫♪♬♫♪  On the third day of Christmas my friend Meng brought to me...

After three long years of intense research, on September 2011 Nikon Inc.
announced a revolutionary new digital imaging system built from the ground up to empower users with new ways to tell stories through photography, driven by imaginative next-generation technology.

The iconic new Nikon 1 system is designed to become one with the user and their lifestyle, providing a unique form of expression with amazing image quality, speed and portability.

Almost immediately their "NEW DIGITAL IMAGING SYSTEM" are being torn to pieces by famous reviewer the like of Ken Rockwell!

This is what he said about the new gem from Nikon -

"A little-sensor (2.7x crop factor) digital replacement for the Pronea series of APS cameras of the late 1990s.

Costs as much as a real DSLR with the performance of a compact.

He made those comments WITHOUT even using or trying out the product! DUH!!

Mind you, there are reviewer like Gordon Laing of CameraLab who did an excellent job of reviewing the camera!

In conclusion, Gordon has this to say about the little Nikon 1...

"The Nikon V1 and J1 are two of the most unique and exciting cameras I've tested this year.

And yet the Nikon V1 and J1 are also arguably the most misunderstood cameras of recent times.

Many were disappointed when they discovered the new CX-format sensor was not only smaller than the APS-C chips in Sony's NEX ILCs and Nikon's own DX-format DSLRs, but even smaller than Micro Four Thirds.

Couple this with the fact the new J1 and V1 cameras were also neither smaller nor cheaper than existing ILCs and many declared the system dead on arrival."

This is exactly what I am trying to find out the last two days, is the TWICE as large micro 4/3 sensor that much better than the "TINY" Nikon 1 CX-format sensor?

If you have been following my previous Nikon 1 V1 article, you knew that, thanks to the good folks at Nikon Malaysia;  my ex colleague YC Meng was bringing a set of V1, all the way from Kuala Lumpur; thousands of miles away, for me to test.

When I received the V1 two days ago, holding it in my palm; I was amazed how hefty and solid it feel!  It is quite chunky, kind of like the Canon G12; minus all the dials and buttons... it actually look like a mini DSLR!

Also included in my "test kit" is the spanking new, toy like SB-N5 Speedlight, you gotto see this tiny flash to realise how small it actually is!!

For the next half an hour I was trying to find out how to change my shooting mode to "aperture priority"!

This must be one setting change that take too many steps to perform! Sorry Nikon, but this irritating steps alone might turn many "pro" shooters away ;)

The sun was setting, I gave up looking and just grab the camera and went to our Karori park.  I lock on the 30-110 zoom.

I was trying out this camera and the long zoom the first time, on two brothers mucking around in the field. The setting sun was dimming fast, I was shooting at ISO 800 and in fast burst with the in build electronic shutter (V1 only)... I was really jaw dropped by how fast the very faint shutter "brrrrrrr" blazing away at more than 25 frames per second burst!! 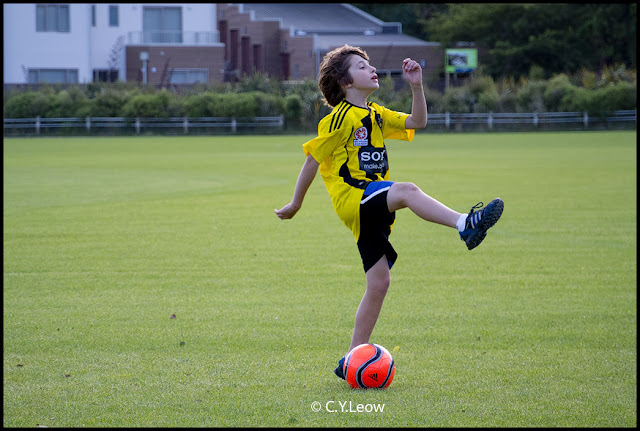 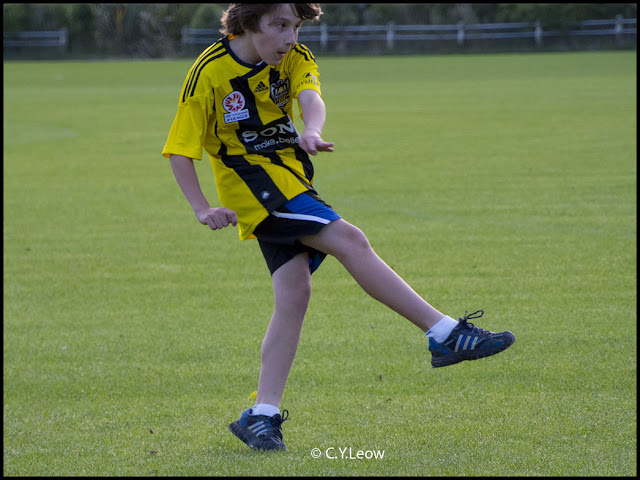 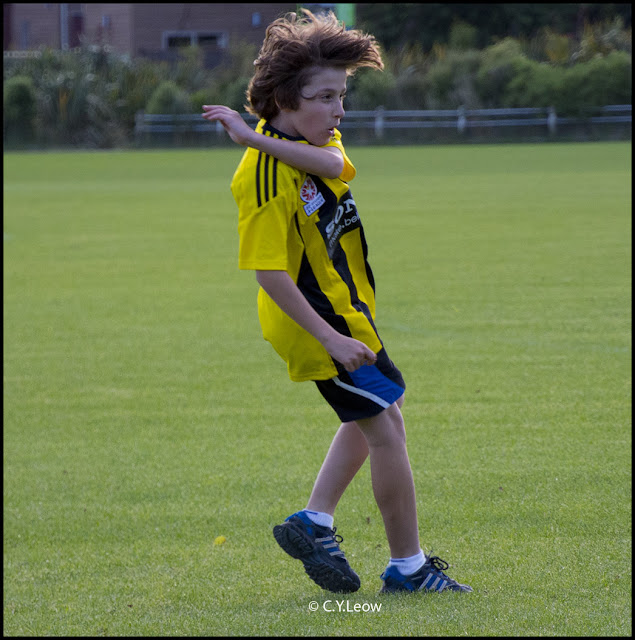 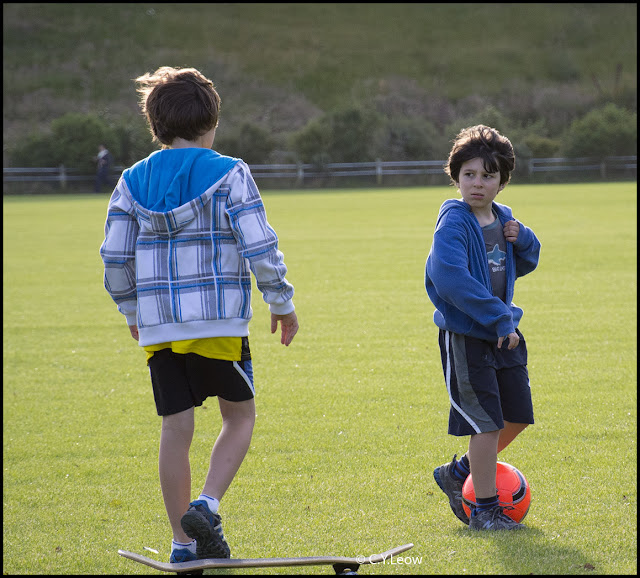 With a little practice, I think the V1 would be a real winner in school sports and capturing running kids!  Believe you me, the focusing was FAST!  VERY FAST!!

Now lets go and pick on someone LARGER than the V1!

After the tear down of an V1 by Chipworks, everyone now knew that the "tiny" sensor inside the Nikon 1 is from Aptina Imaging, NOT Sony!

So how good is this half-sized micro 4/3 sensor compare to the Sony big brother inside the Olympus E-P2?

I devised a simple, "everything being equal" test to compare the two cameras.

I was happy that BOTH cameras have the similar kit zoom with similar focal range. 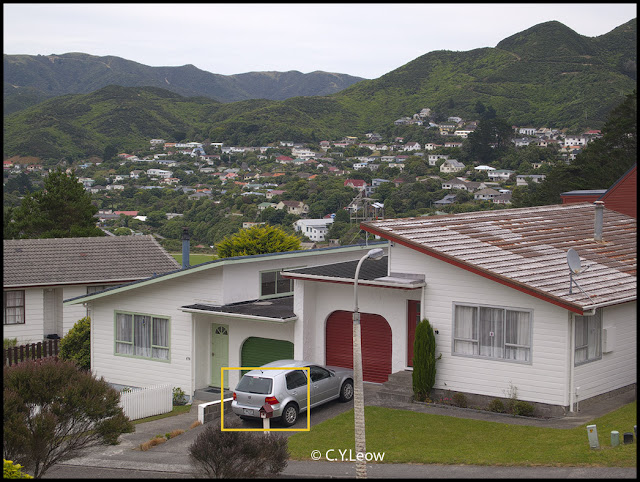 This scene looking down from our house deck was shot with both cameras in different ISO values and the yellowed area were blow-up for quality compare. The crop was "brutal", it is like a 300% crop :) 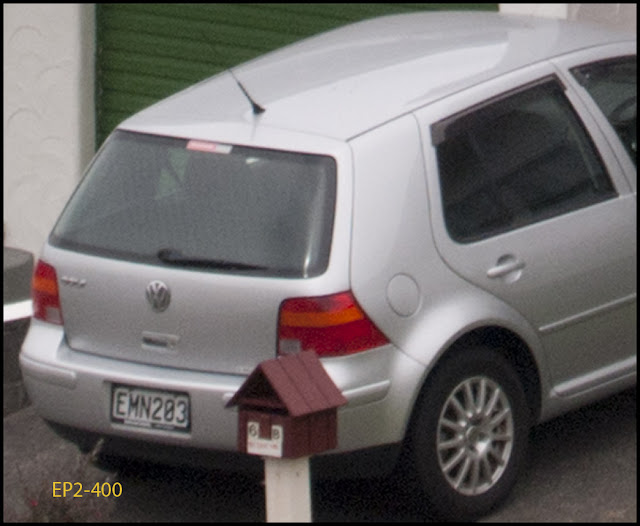 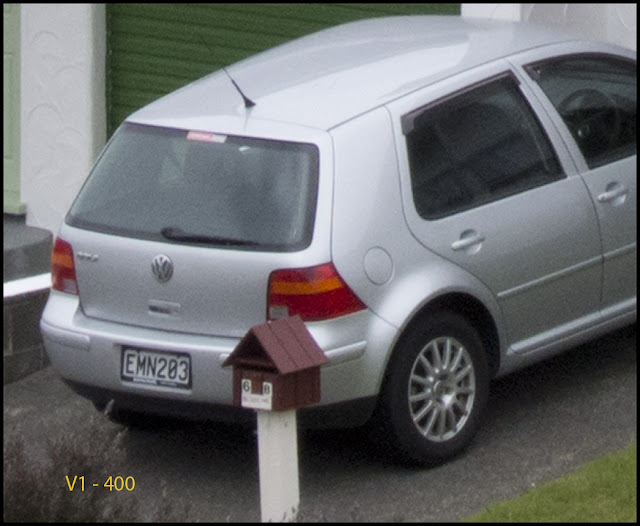 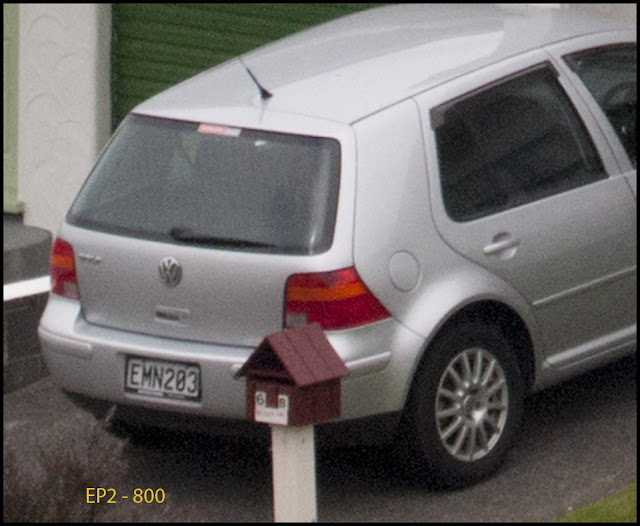 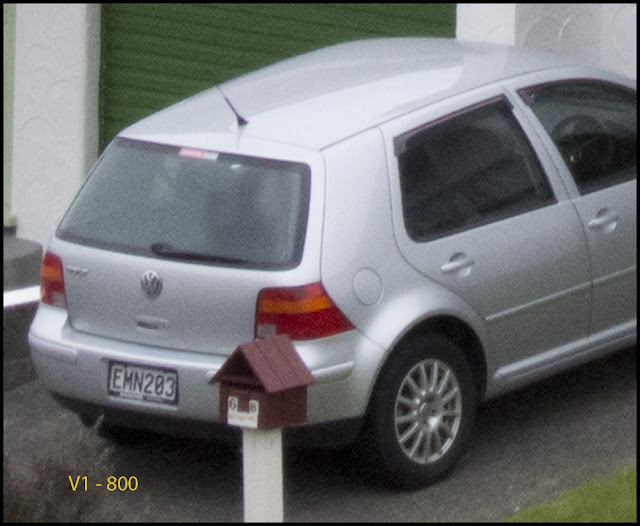 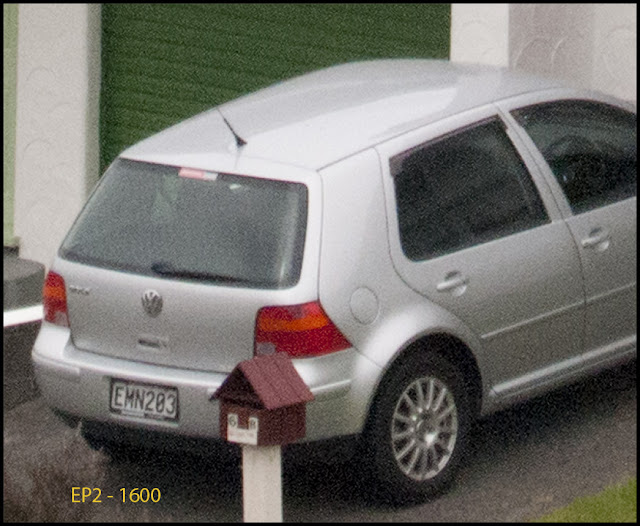 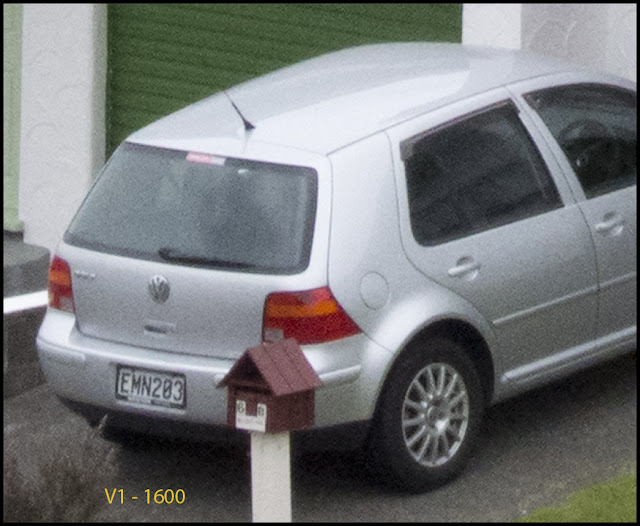 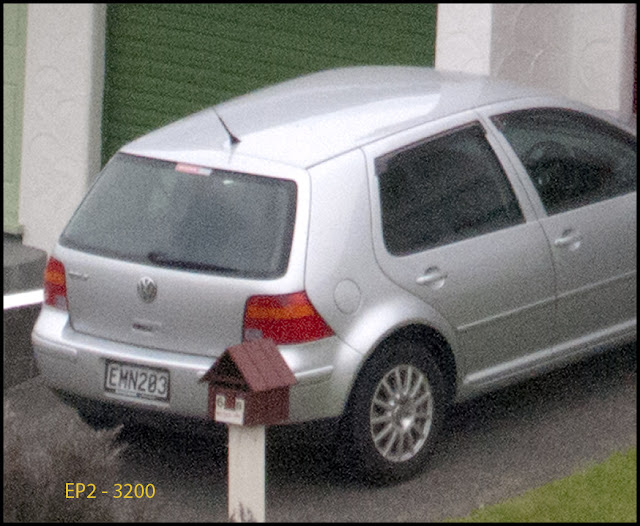 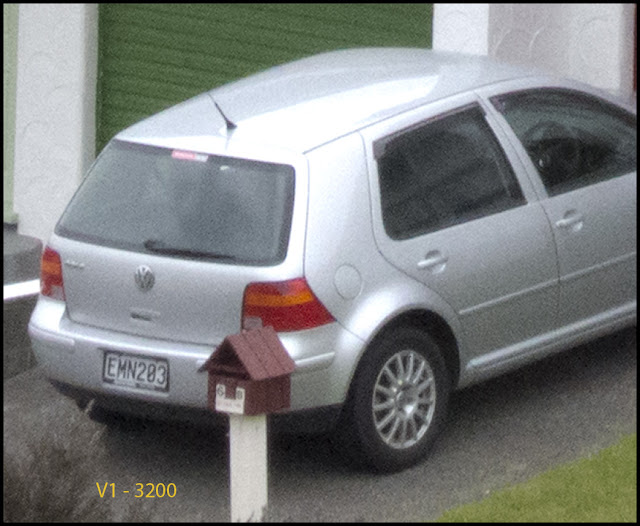 I leave the conclusion to you, after you have carefully scrutinized the results and most likely you will conclude that THE SMALLER V1 sensor is AS GOOD or even a little BETTER than the much larger micro 4/3 chip set!
So I have show you up to a point, that it is a fallacy that "a larger sensor is better"!
The authoritative DXOmark has shown that and now I reconfirm that in real world situation.

** More tests will be carry out the next few days before the camera set is return to Nikon Malaysia in Kuala Lumpur, do check back :)
Posted by cy.leow at 12:30 AM