After posting "Dr.M and His Words" I get many enquirers about the Nikkor 80-200 zoom lens I used to shoot that Decisive photo!

Before I start, a little history about that Nikon gem of a lens!

To learn more about any Nikkor lenses, the best place to go gotta be here! 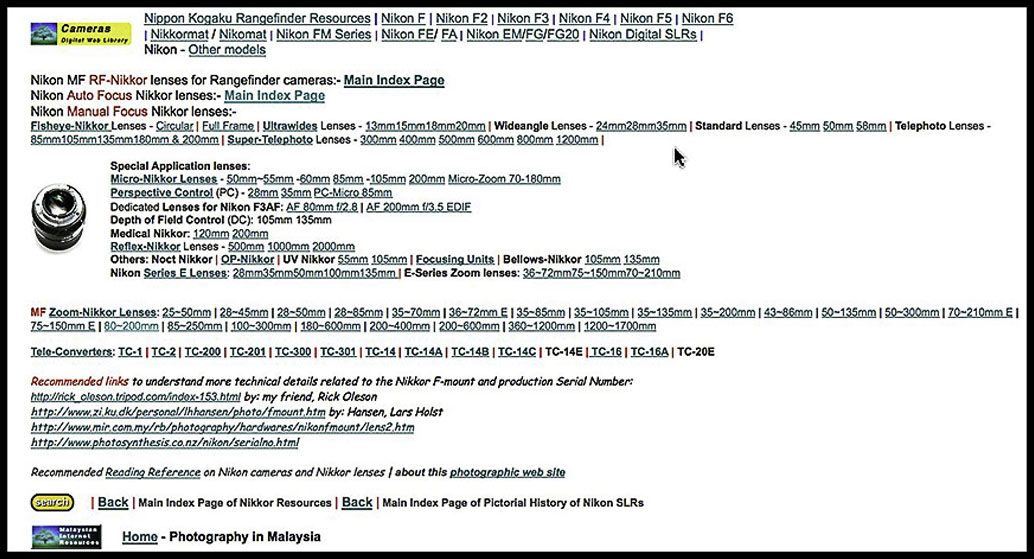 
The fanatic genius who created this site is no other than my friend Leonard Foo of Malaysia Internet Resources fame!

As AFFINITY has it, Leo Foo and me met in Kuala Lumpur while I was a "Third-Time-Back-At-The-Star" Picture Editor. He wanted to meet me because he always wanted "to meet the photographer who took that Dr.M picture!" Ha ha ha... the rest, is history :)

In his "Windows of The World" page, Leo Foo has this to say about the picture he admired:

" Some picture was made and has long lasting impression. This picture of Dr. Mahathir was timely captured while he walked under the signs of "Bersih", "Cekap" and "Amanah" - the slogan and campaign he and his Deputy Prime Minister Tan Sri Musa Hitam were trying to instill such good working culture in the government sector.

I saw this picture when I was young, and has always been thinking this was a great and well executed shot; and I never knew one day I could meet the photographer and being requested to do a web portfolio for him. He turned out to be very good friend of mine now. Sadly, he has to go back to New Zealand because some guys at The Star Newspaper said he is too old to serve ..."

And all this time I was told that an old photographer do not fade into the sunset but instead go out of focus! Ha ha ha...

Jokes aside, Leonard has this to say about the Nikkor 80-200 zoom:

" The 2.5X zooming range covers the critical focal lengths of medium telephoto lenses most frequently used in photojournalism and general photography. This flexible zoom range has a picture coverage from 30°10' (f=80mm) - 12°20' (f=200mm) makes it an excellent choice for newspaper, magazine, industrial and commercial photographers. Other than that, it is equally a useful lens for travel, candids, portraiture, landscape and leisure photography."

" During this period, with the help of media professional who often have the chances of displaying their works in publications, the lens has received rave reviews for its outstanding sharpness. "

That lens was launched in December, 1969 and has remained in production until 1990!

So that OLD manual focus lens is SHARP as tag on a 35 mm SLR with FILM, how about putting it on a latest MEGA PIXEL digital camera?

With the recent hoopla that digital camera have "no mercy" for a badly designed lens, how will this old faithful perform? 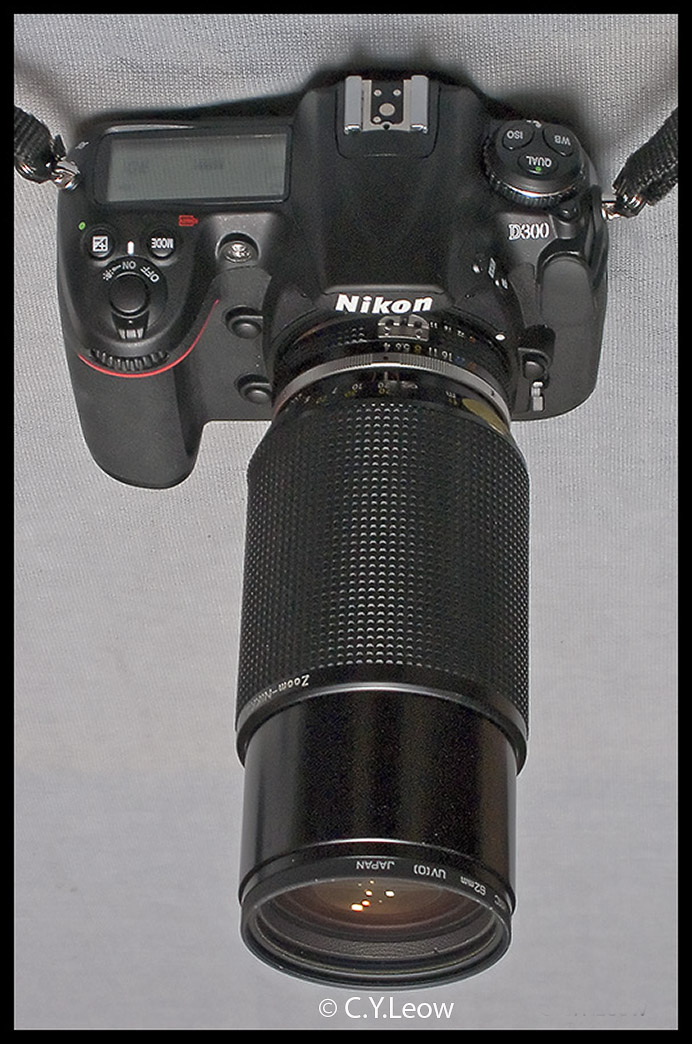 My old workhorse lens is the late 1983, f4 version, it is in near mint condition and as you can see from the picture above; it look good on my Nikon D300! I know the ultimate test of this lens will be on a FULL frame Nikon like the D700 or D3! But do you see money growing on my tree? :)

Unlike some lens tester who like to shoot brick walls, I took my D300 combo to Karori Park to test shoot some young cricket players instead. 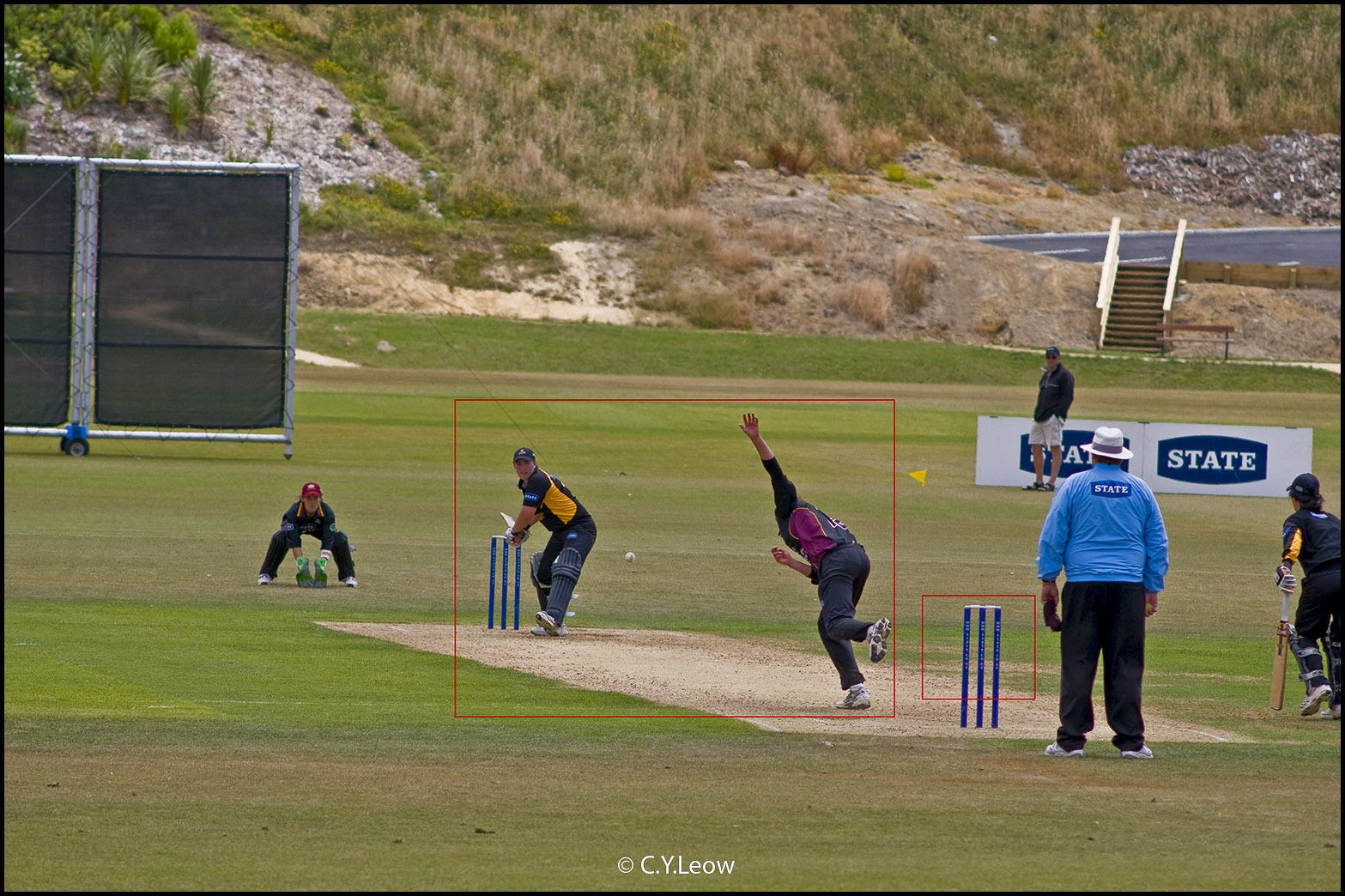 This is the picture I selected for blowing up certain parts to check for sharpness. The enlarged area are red-boxed. See for yourself! Click on the pictures to get a better view. 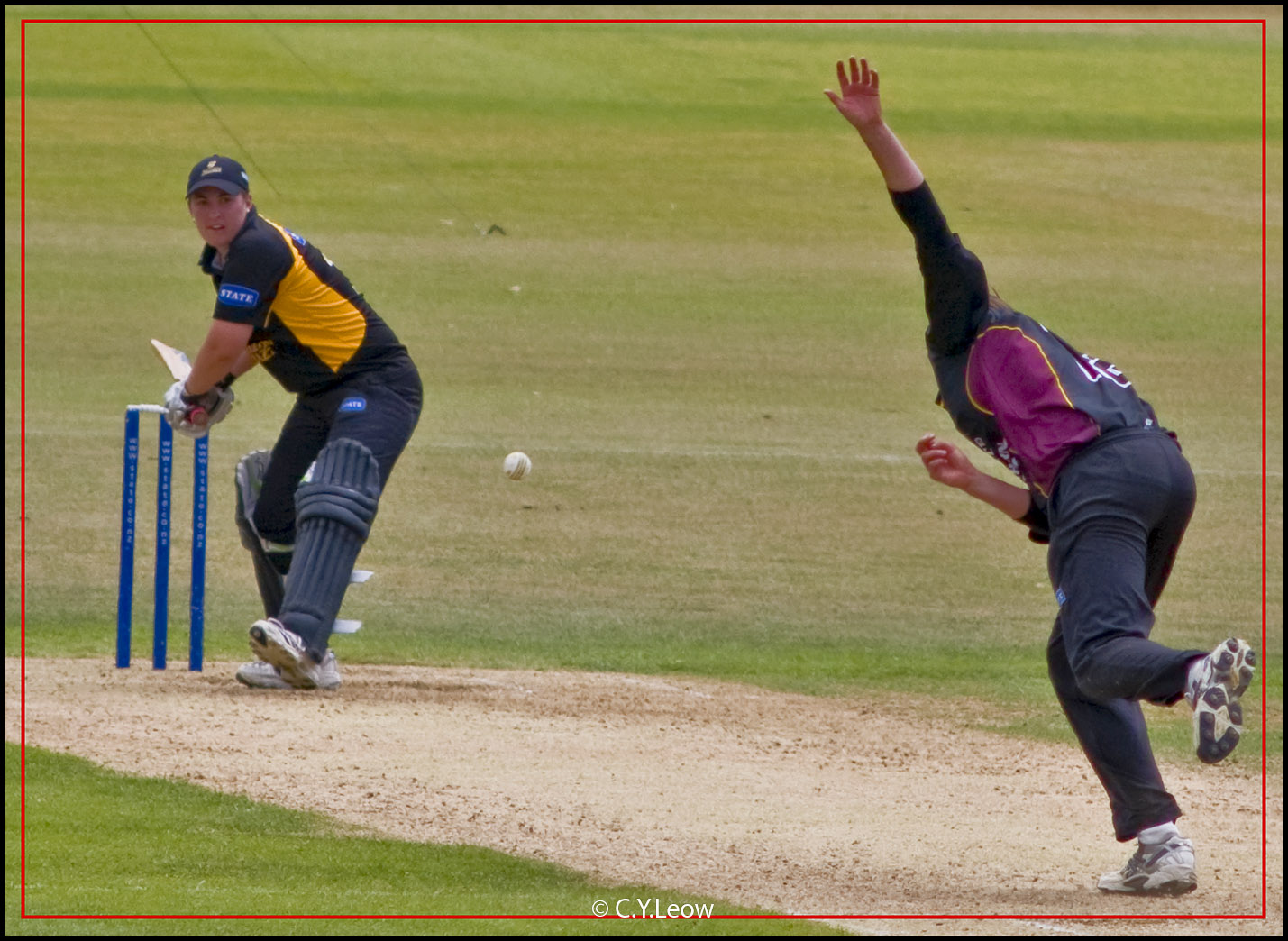 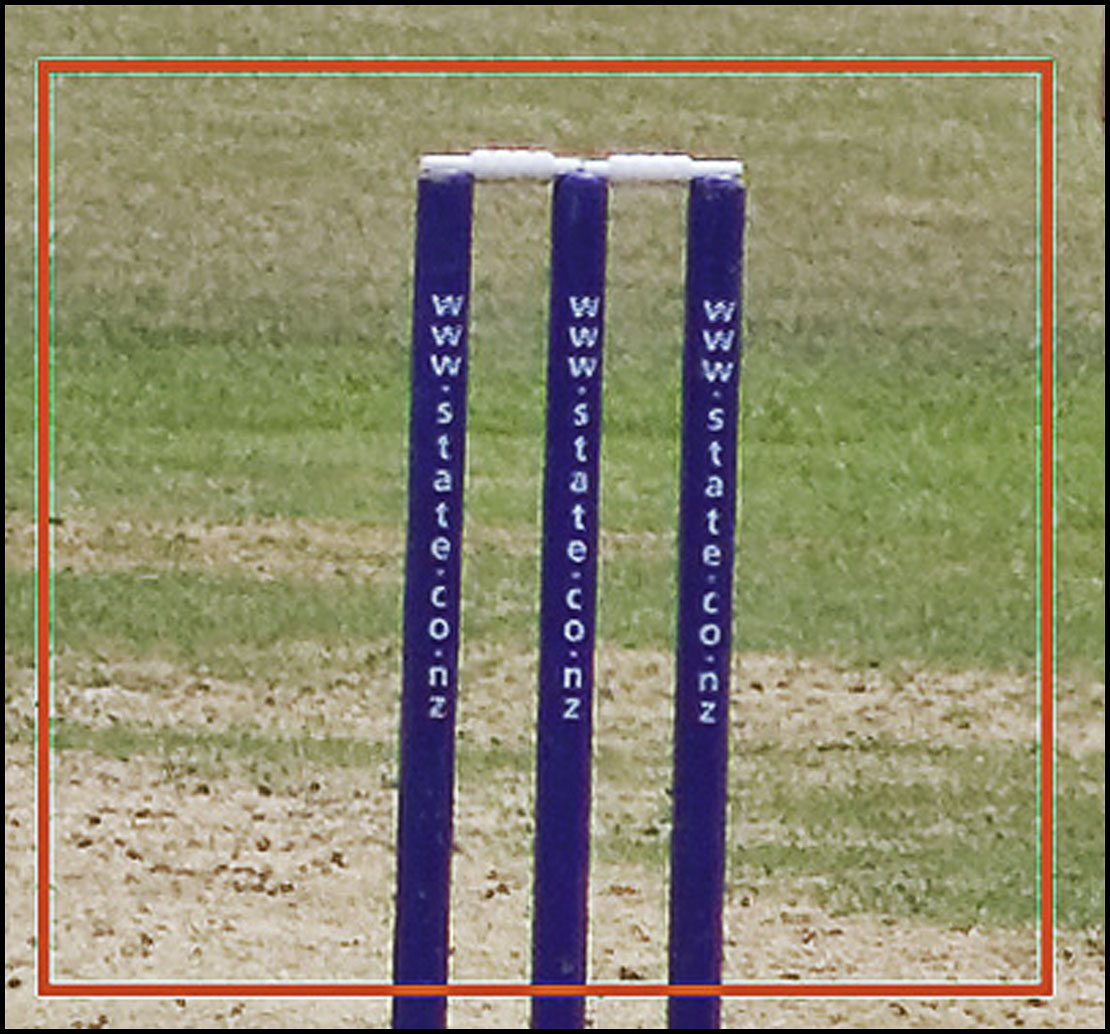 Ken Rockwell got nothing but praise on this venerable oldies!

" It's sharp, sharp, sharp at every setting. On the D3, at 200mm and f/4 in the far corner you almost can see some softening, but just barely. This is an excellent, excellent lens." - Ken Rockwell -

Another famous picture taken with this lens, this spread was the 28th Malaysian National Day Special in The Star, Penang Bridge was not yet open to the public! 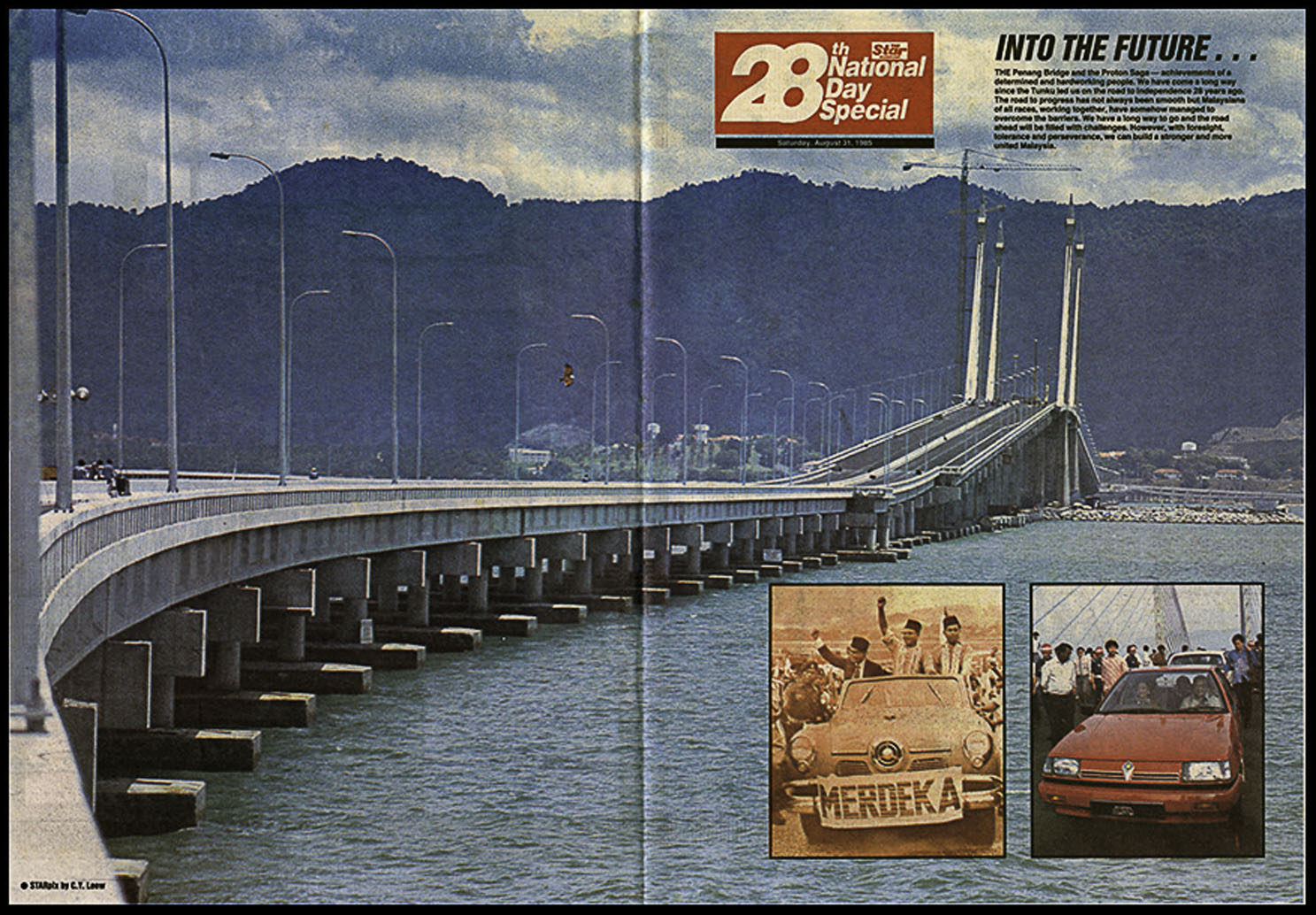 I shot the picture mid span to get the dragon like stance of the third longest bridge in the world.

Did you see that swopping giant brown eagle gliding above the spans?

So all you Nikon freaks out there, start searching for a clean, tidy copy of this manual focusing gem for a song! What?!?!! You FORGOT how to manual focus? Ha ha ha...

ha ha!! go out of focus! funny ha ha,I don`t understand the specs re the camera but i like the photos.. Interesting story.
Is that guy still alive?

Whether he's alive, I can definitely vouch that this is one sharp lens. It's mind boggling at time how well it performs on a D700.

Thanks for review, it was excellent and very informative.
thank you :)

I have this lens doing a great job on a D7000 and a FA, it is good glass. But quoting Ken Rockwell is not something I would do to add credibility to anything, anytime...