I was into my second year working as the Picture Editor for the Chinese Newspaper Division at Singapore Press Holdings. 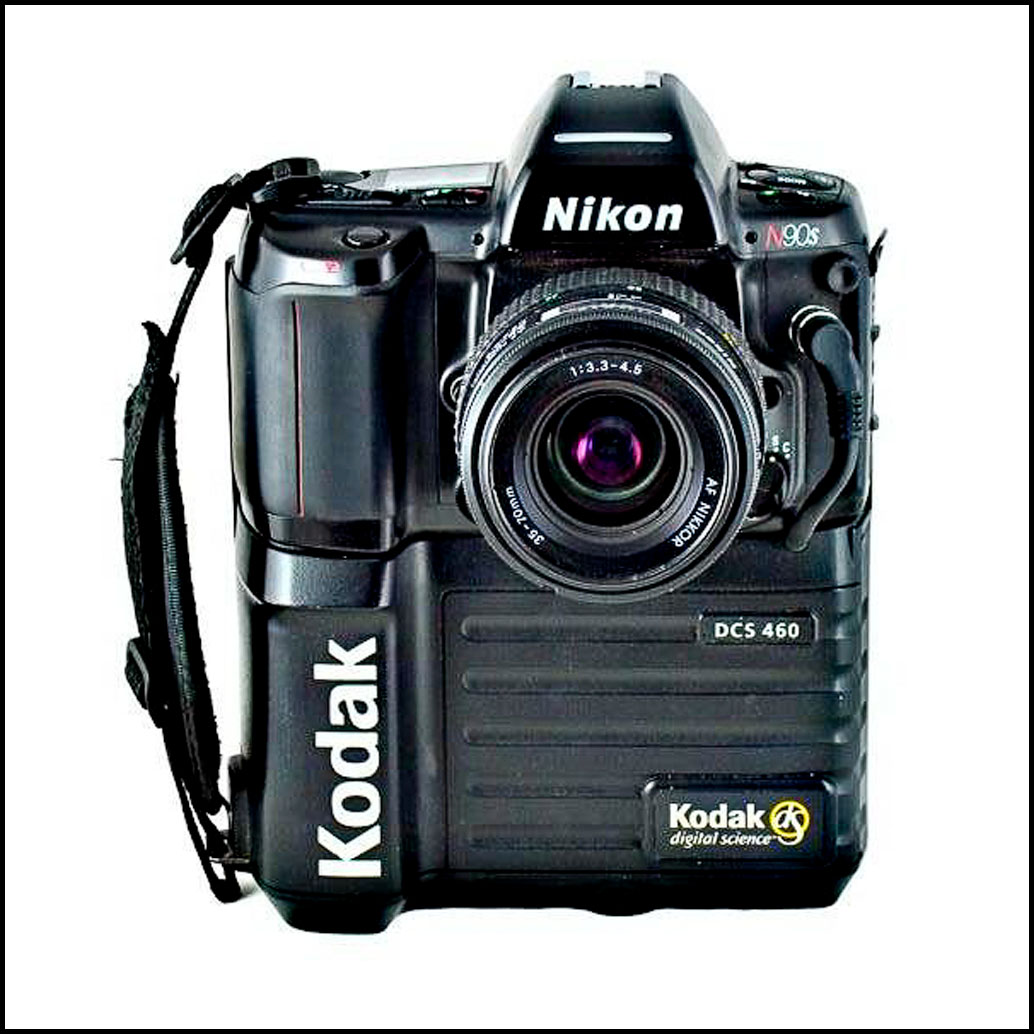 Kodak Singapore was very keen to sell this filmless miracle to the cash rich SPH. They loan me a DCS 420 unit to play with for a day only! The 420 is a cheaper model.

After all these years I cannot find any shots that I did on this camera! Cannot be a very exciting camera ;)

I remember that the wrist strap came off while I was trying to catch a bus to work and the US$30,000 Kodak rolled on the hot Singapore pavement! Kudos to Nikon, the Kodak survived the drop ;)

Nikon, the Johnny Come Lately in digital technology; realised that the future is digital and their rival, Kodak, is already trying to push their DSLR into the pro circle. Ironically, using their Nikon body!

But Nikon got their new secret weapon know as the E2!

The camera was developed together with Fujifilm.

< href="http://3.bp.blogspot.com/_IhtnirAVkaw/SkS3YWKvXVI/AAAAAAAAE7w/RQtcf2bxwiU/s1600-h/Nikon+E2.jpg">
I did try out Kodak's DCS 420 and find it big and clumsy, I was not impress at all!

In comparison, the Nikon E2 is compact and handle like a normal SLR, best of all there is no cropping factor on lenses used! Nikon used a lens array in the camera to give you the full coverage on a tiny 1.3 mega ccd! 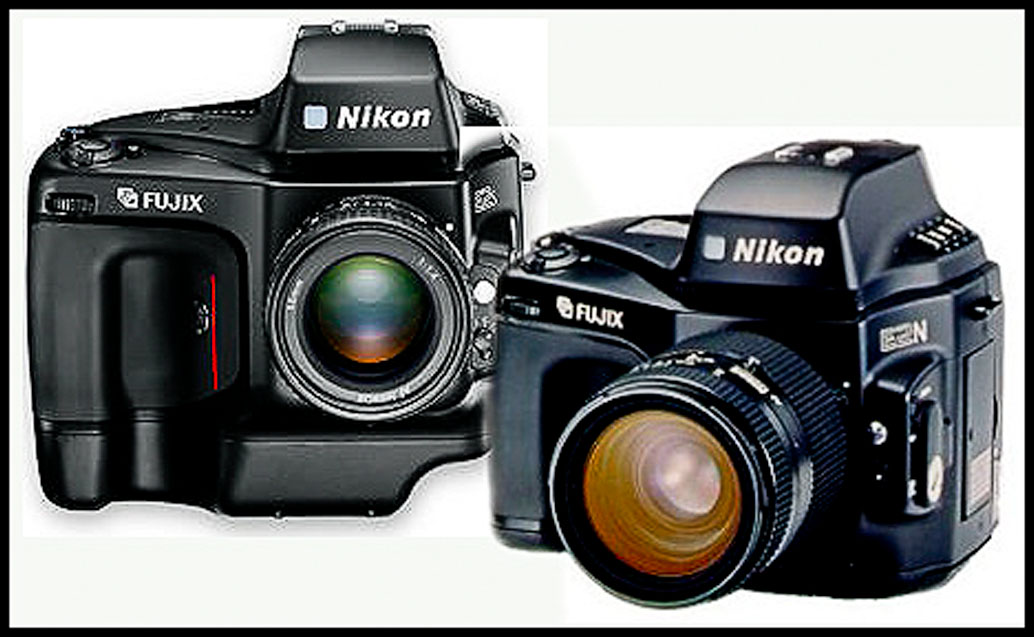 I was more than happy to keep the $10,000 camera for a couple days of testing!

To test this ultra modern camera I chooses one of the oldest street in Singapore, the Sultan Street area.

I was told that this part of the town will face redevelopment soon, some age old traditional crafts like iron mongering and tomb stones carving will be gone forever!

Since the newspaper I work for do not have any auto-focus Nikkor lenses, I took three of my own manual Nikkor lenses with me for the test. 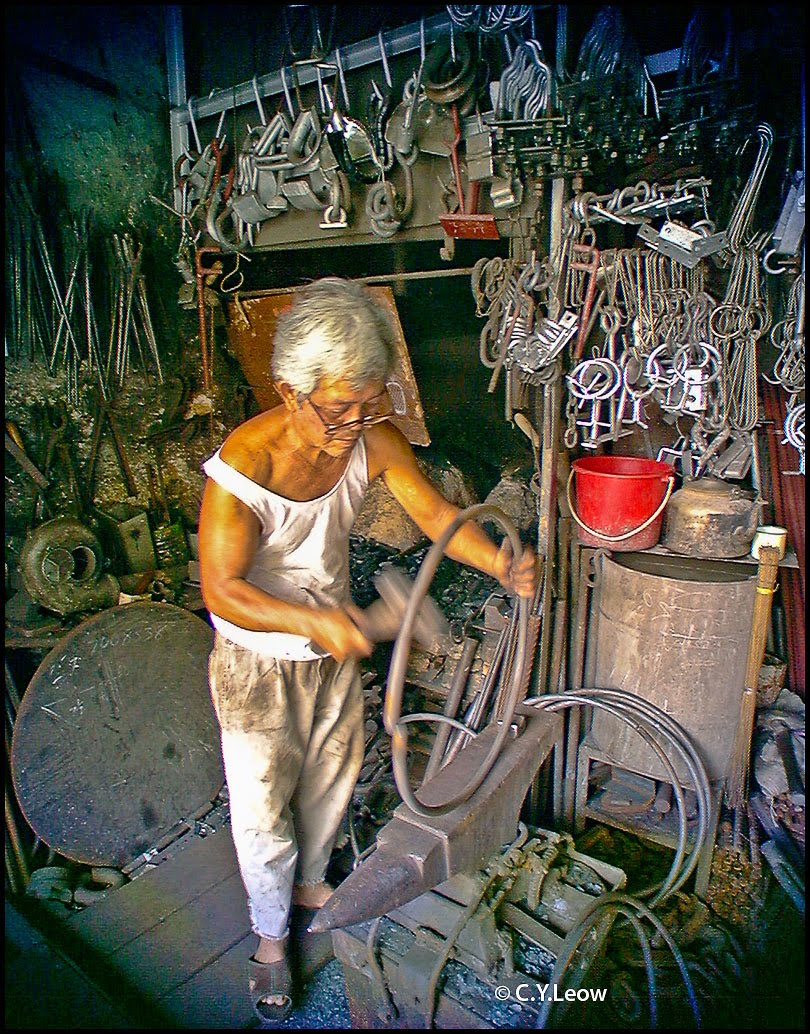 This 20 mm shot of the "Iron Man" gave away the short coming of the E2 reduction lens system!

I discovered if I use any lenses shorter than 24 mm, I get pretty bad vignetting of the four corners!

But strangely enough, the effect somehow gave the shot a special feel and look! I actually like it! And who know that ten years later, this effect is in fashion again! 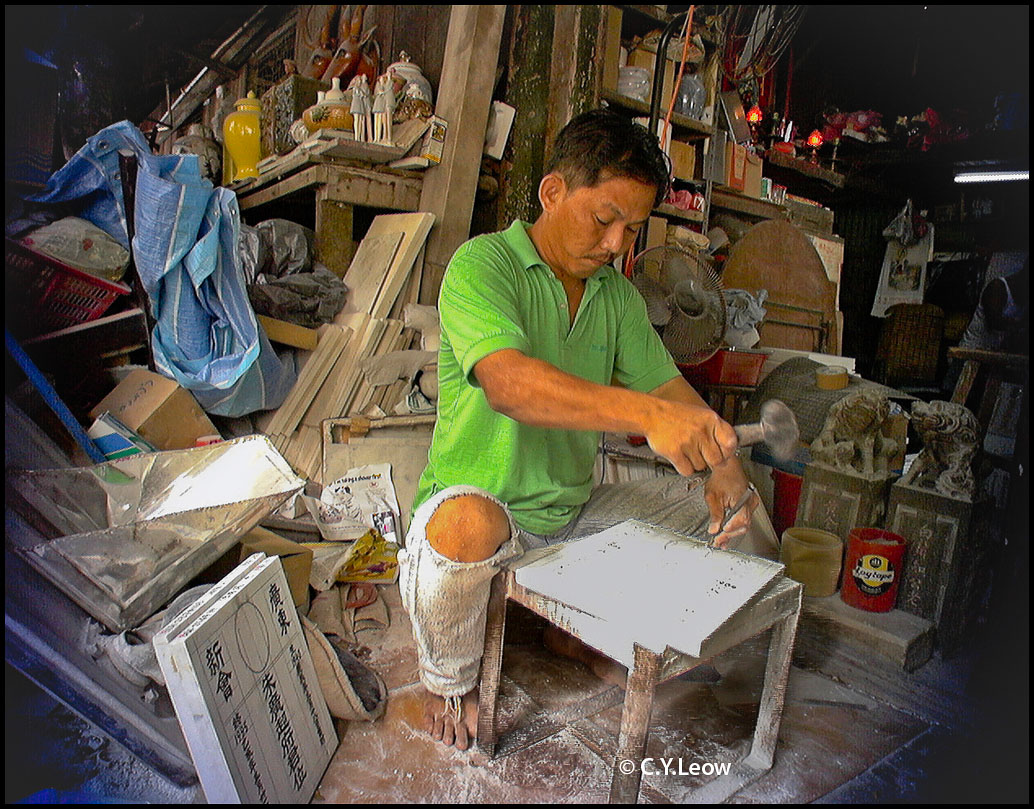 Dying trade... the tomb stone carver was shot with the 20 mm, the piece of marble he was working on was pretty blown-out of detail; but hey... this was 1995 and 1.3 mega era! Being able to shoot pictures WITHOUT film was a mind boggling experience then! 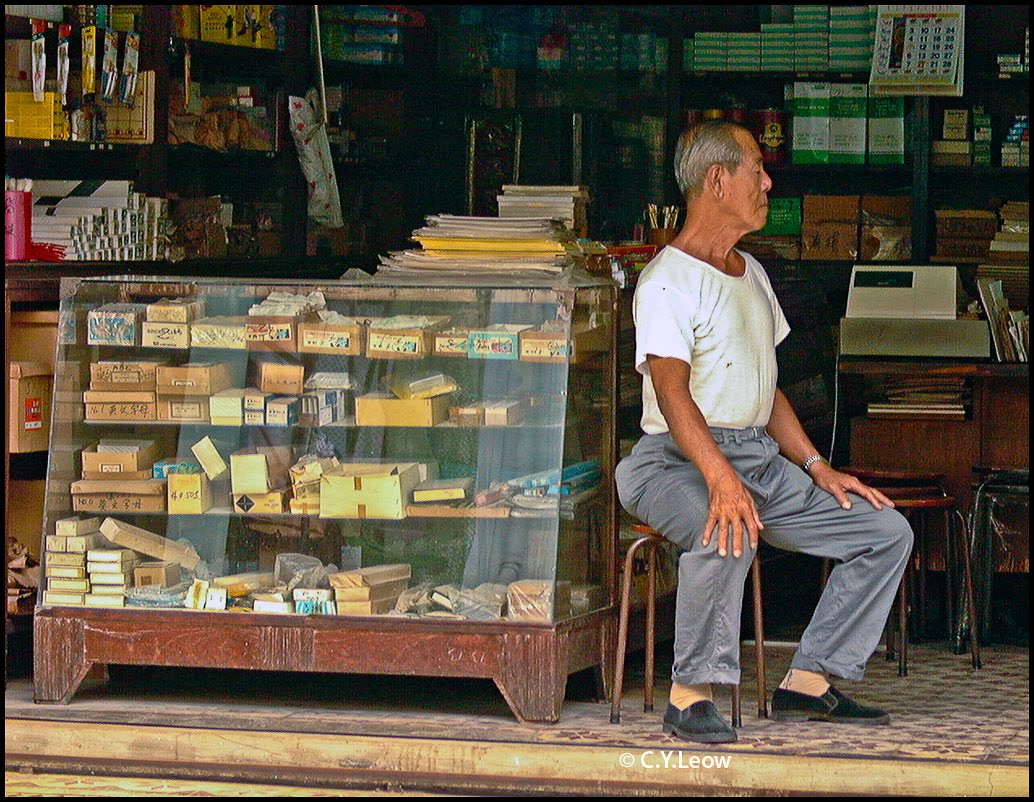 Candid shot of this store keeper having his afternoon kung-fu nap. The Nikkor 80-200 f4 zoom was used. No vignetting here! I am amazed how sharp the result is!

Dynamic range of the 1.3 mega pixel ccd must be pretty limited, the shadow area look clogged. In 1995 you don't get "shadow and highlight" adjustment in my Photoshop 5.5! 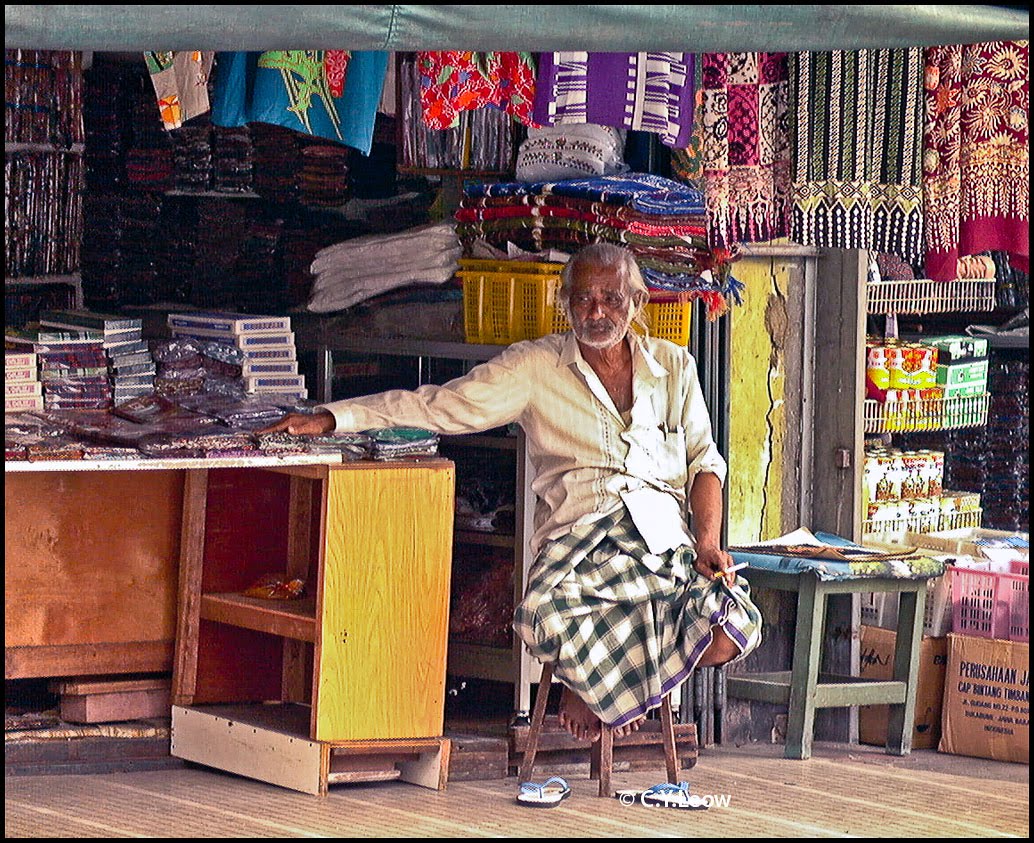 For this redux posting the image above was post processed in Photoshop CS5 and ACR, the improvement was astounding! 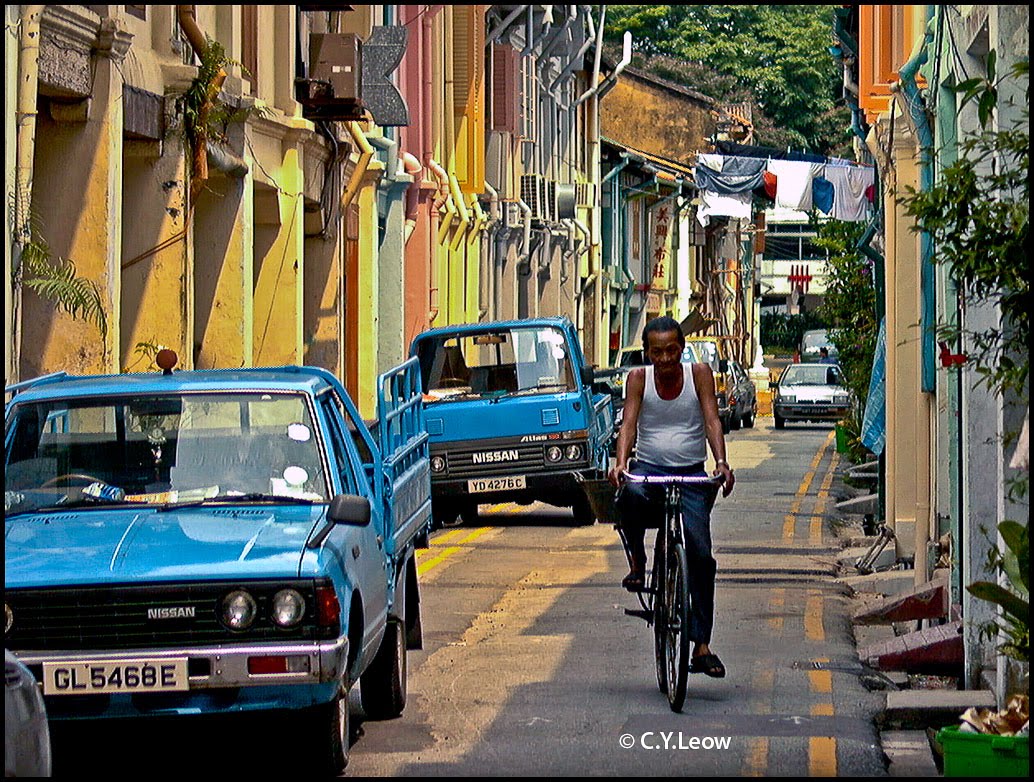 Narrow Haji Lane was shot with the 80-200, the E2 exhibit a strong magenta cast in its highlight area. 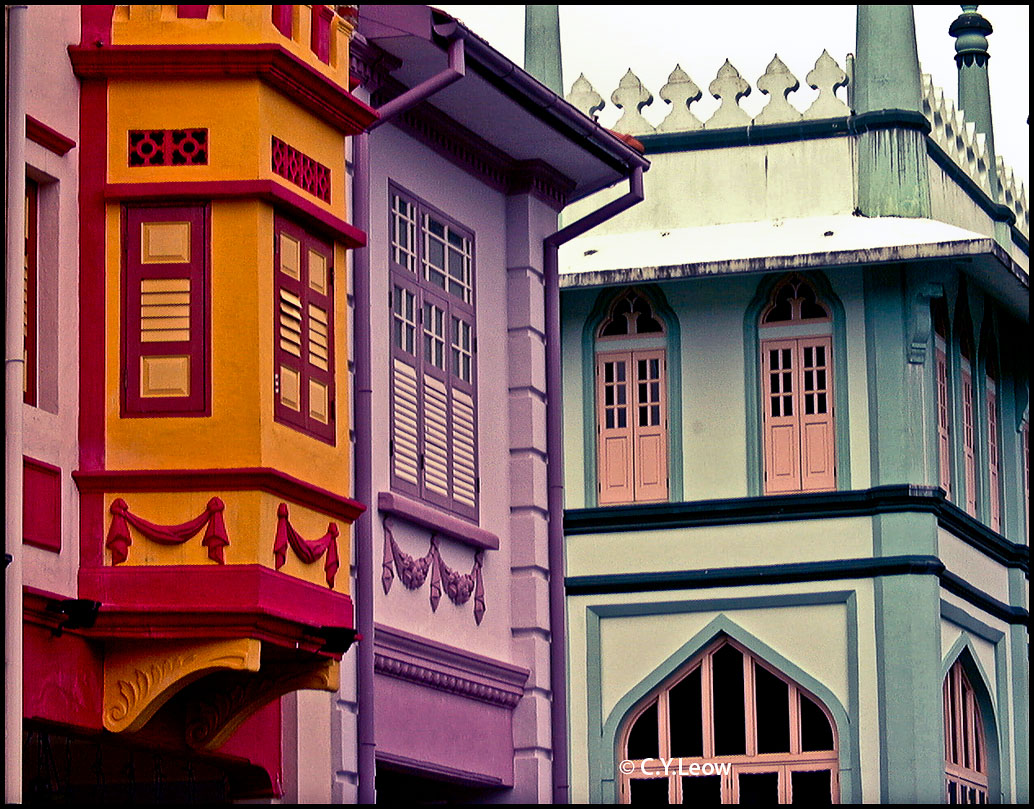 The colourful building at Kandahar Street demonstrate the wide colour range of the E2! 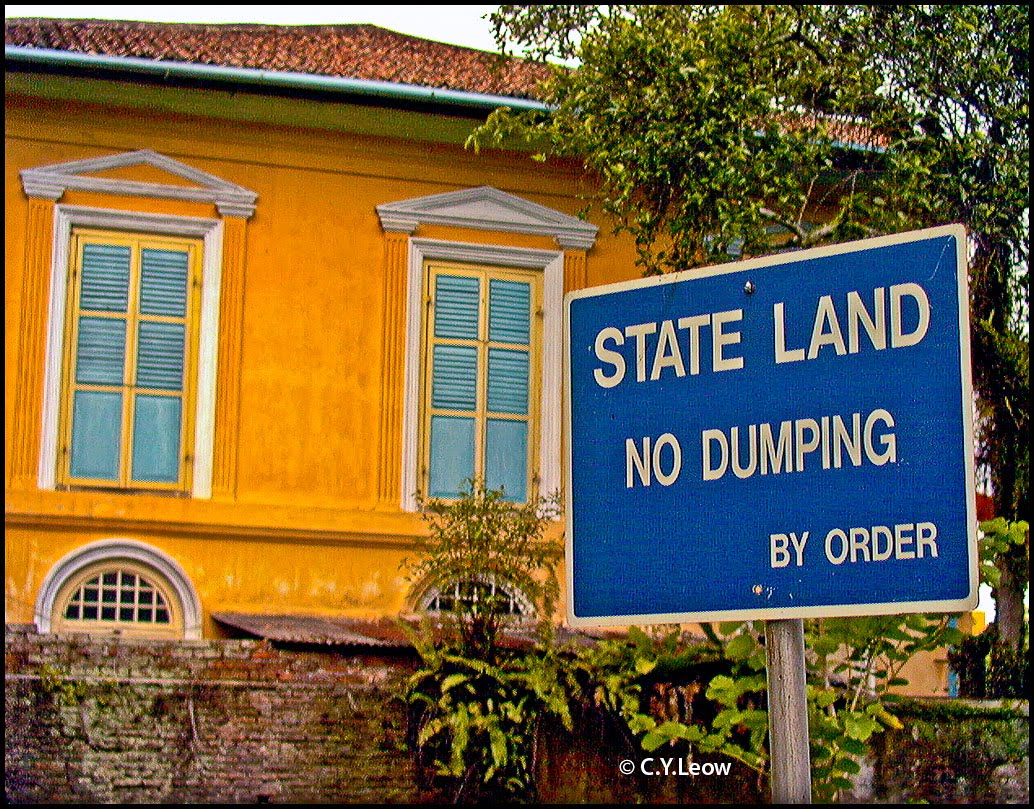 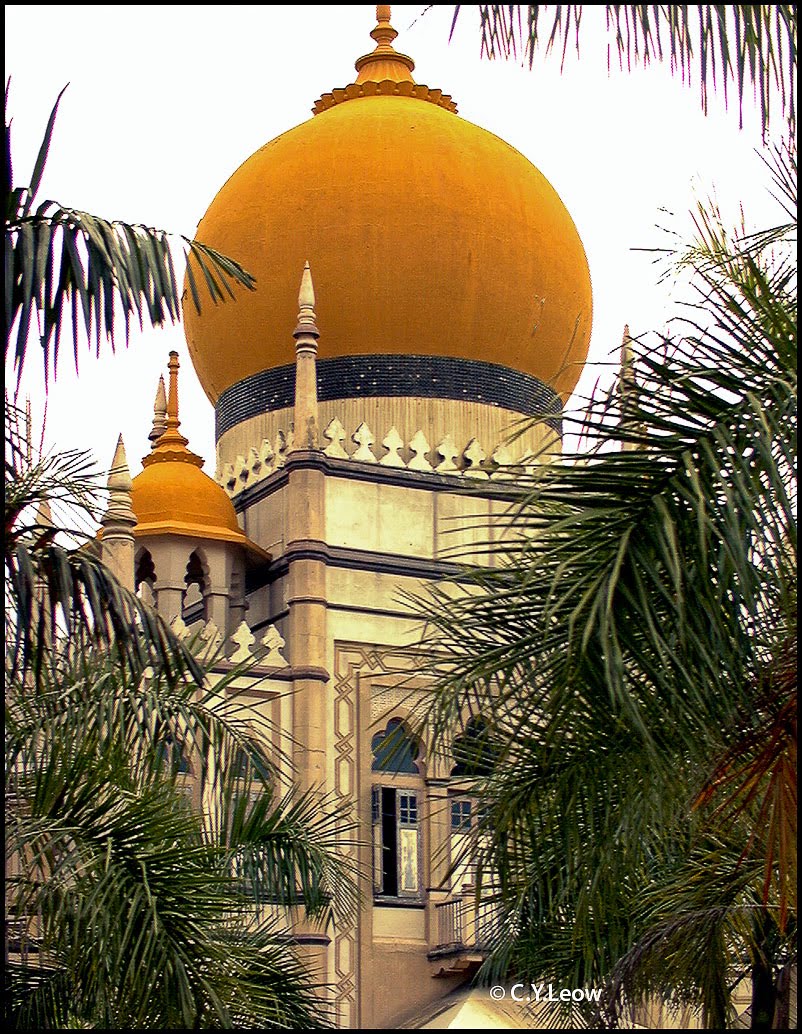 The dome of Sultan Mosque... 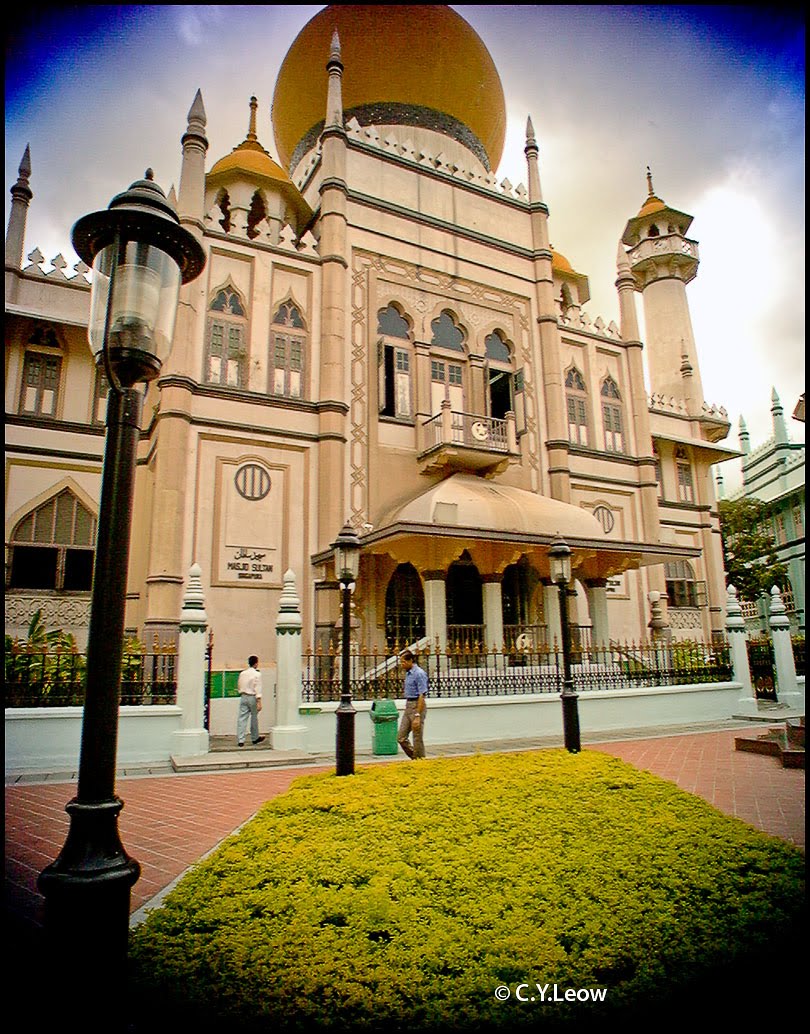 Putting vignetting into good use! The 20 mm seems to be the best compromise, just enough darkening of the corners to make this shot arty! 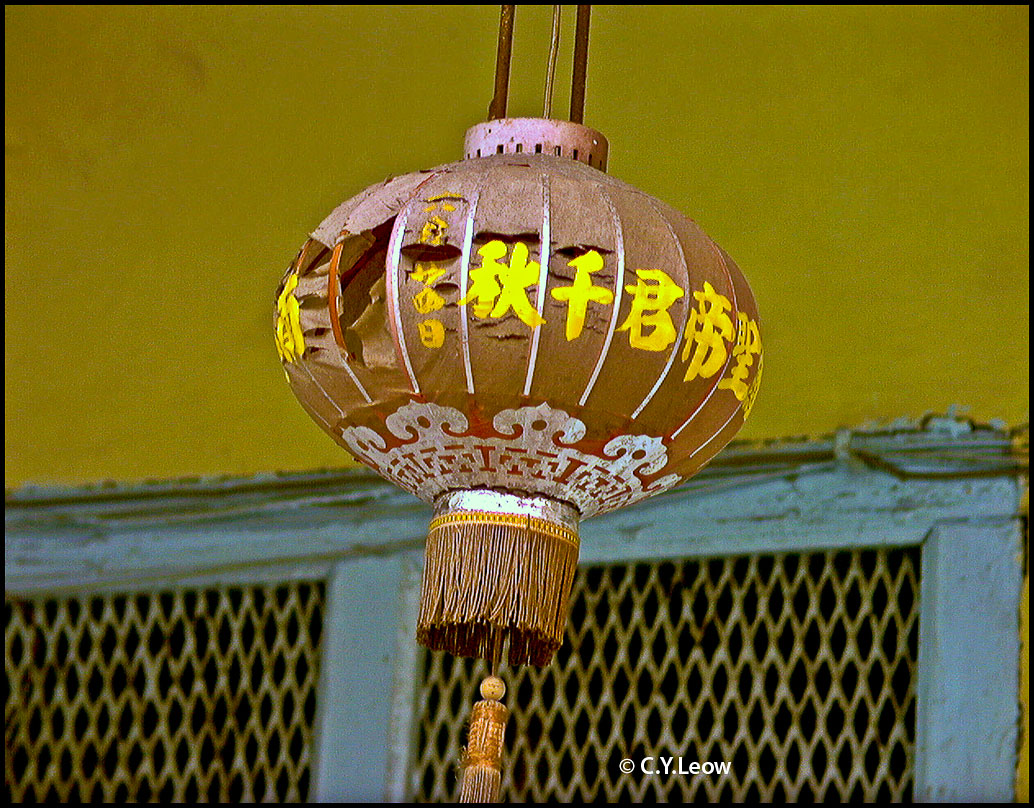 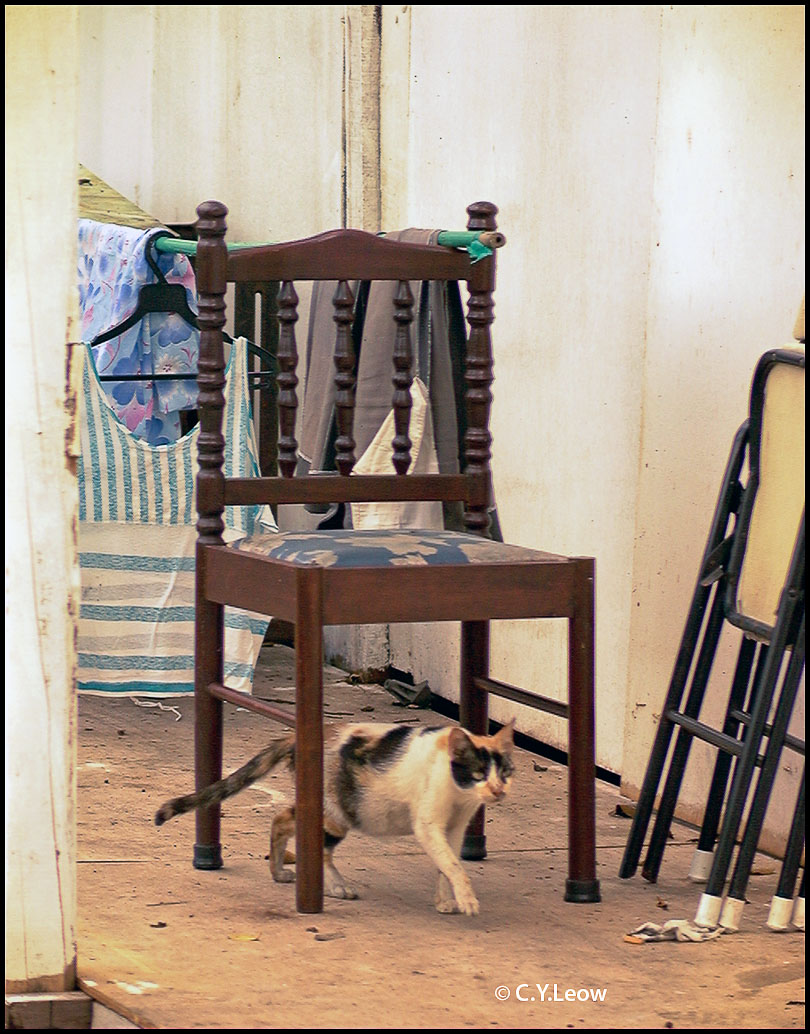 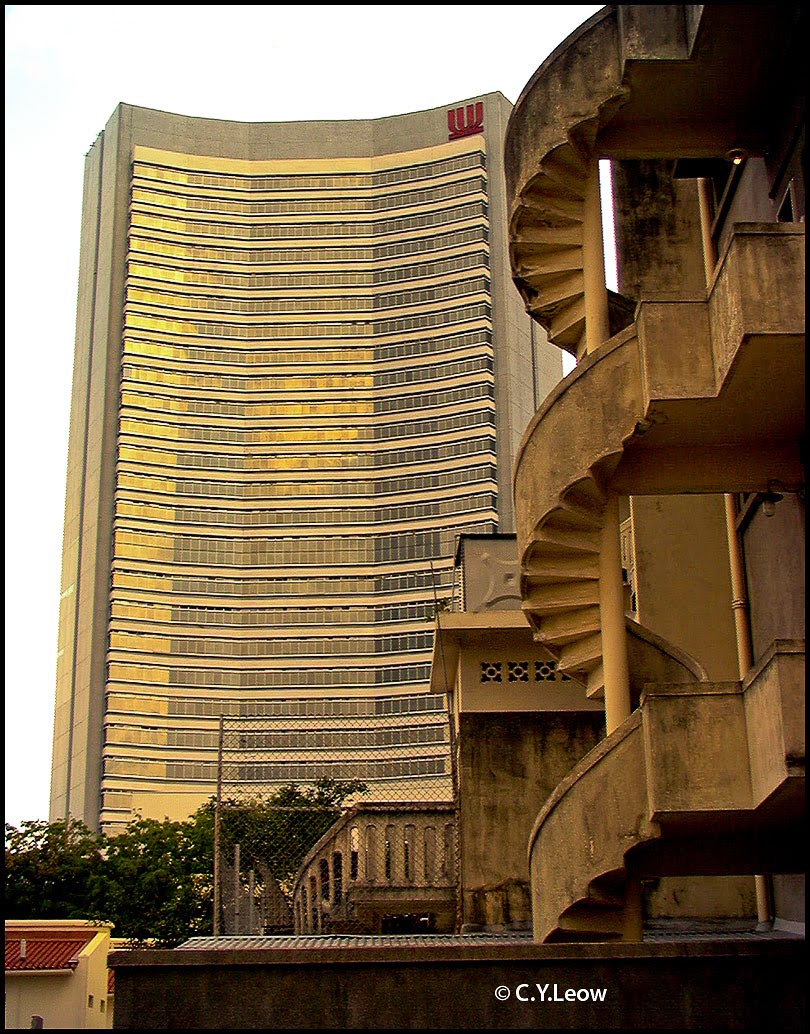 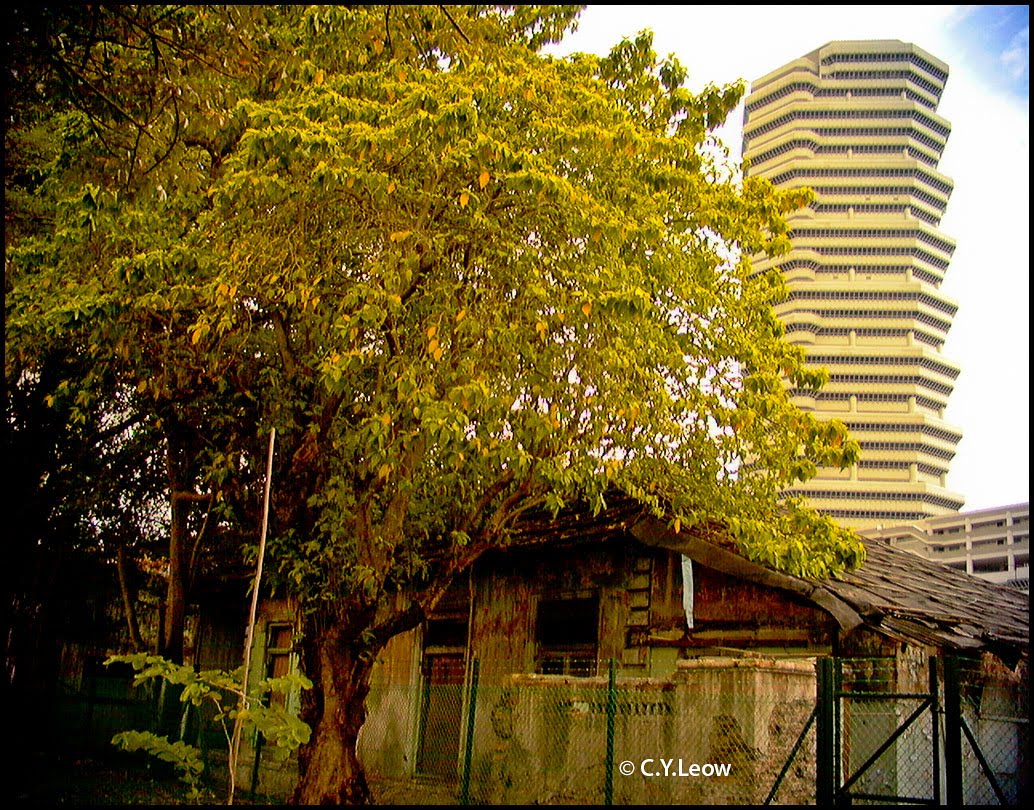 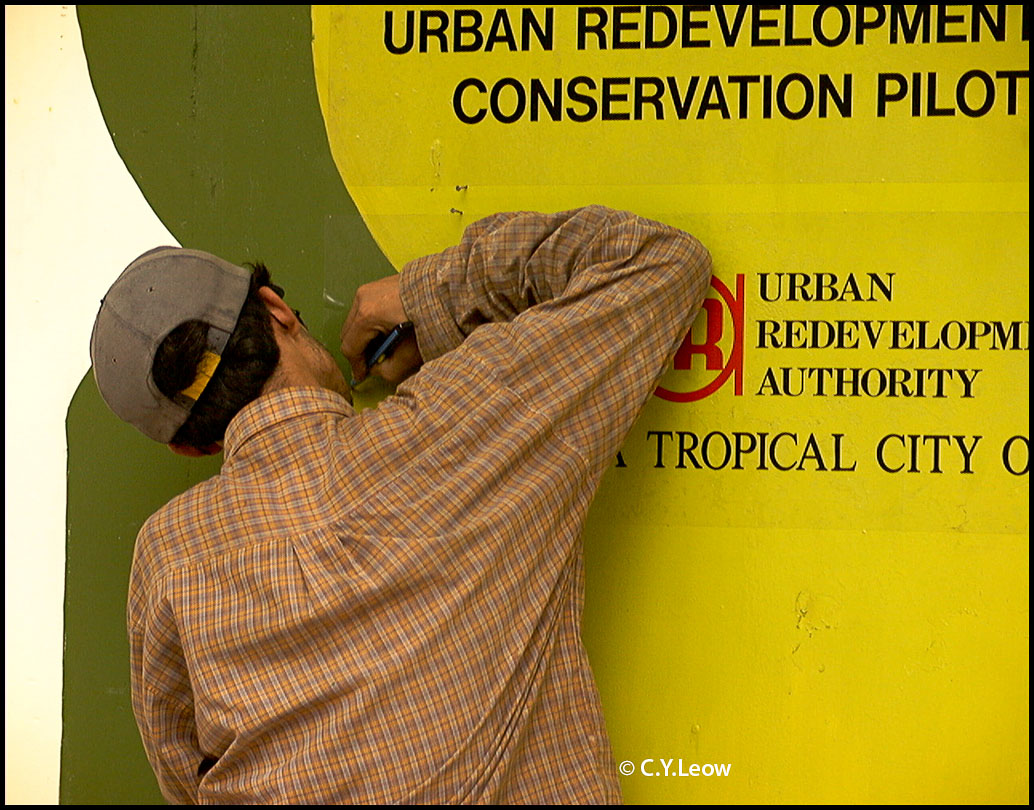 Just as well I recorded down the exposure data!

I am amazed how smooth the skin tone is! And the E2 was only 1.3 mega pixel! 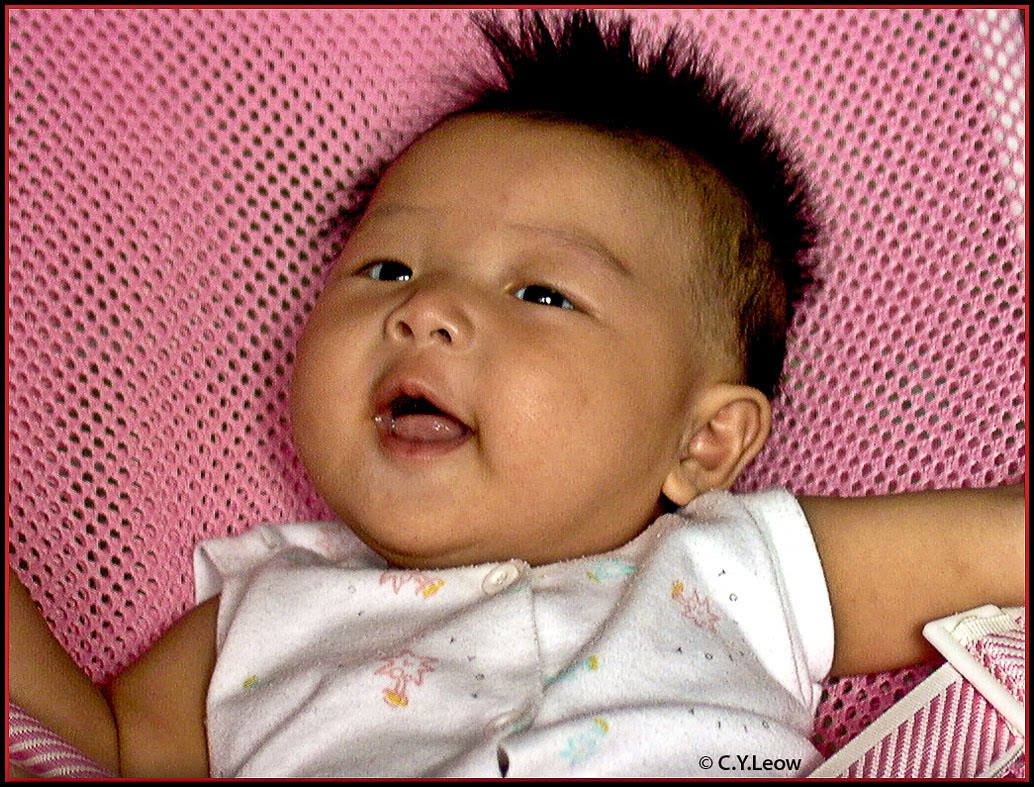 We were baby sitting Natalie when I was working in Singapore. She must be a young lady now! Are you reading this Natalie? Thanks for the memory!

Do not be too hung up on mega pixel, you saw how good a 1.3 mega DSLR can be; camera is only a tool... use it to take pictures to remember by.

I suddenly have the urge to visit Sultan Street in Singapore again :)

You right CY the vignetting actually improves a couple of those images.

Enjoyed your historical review of the 1st(am I right?) generation DSLR from Nikon...didn't realise it was a full-framer!
Love the vignetting and the fact that it was digital from 16 years ago!
In 1995 I remember everyone was a hero in the KLSE until the financial crisis of 1997! After that US$10K costed a lot more to us Malaysians!

Thankyou for posting this great story and images. I've just gotten hold of one of these cameras, E2s, brand new in box........can't wait to give it a try.

This was a fascinating read - I spent ages trying to find some shots taken with the old E2, and the out of the blue in 2011 a blog post pops up! The vignetting makes the pictures look a bit arty, too.