Recently I noticed many young, novice photographers like to set their ISO setting to "Auto"; when I asked why, they cannot give me an answer because to my horror, most of them do not know what ISO is about or for what purpose!

They, without realising that; the right ISO can make your photo and the wrong ISO can ruin it!

Before we go on, fast rewind 35 years to the good old days when I was using film to cover news jobs as a photojournalist. 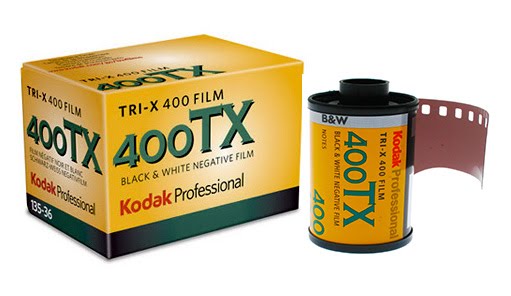 We knew then, our "Ah-Sa 400" is the "film speed" and such film was able to capture images at relatively dim lighting and if it got dimmer; we can increase our ASA to 800 and even 1,600 by leaving the film longer in processing chemical.

We also knew that film with higher ASA have "larger" grains and when we need big enlargement, we will go for ASA 100 film.

ASA 400 "High Speed Film" the like of Tri-X made well exposed, available light (in this instance, candles light) photography possible. I shot these two kids at a Wellington Ha 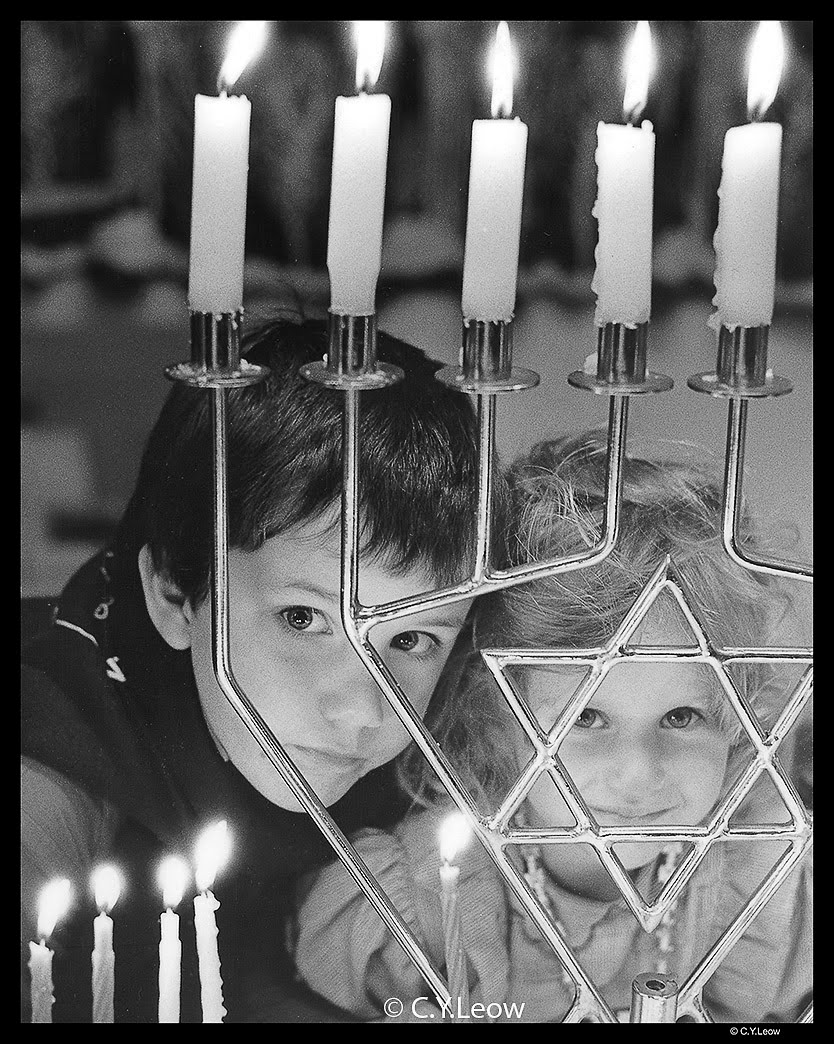 nukkah festival in 1989. The picture was on a Dominion front-page. 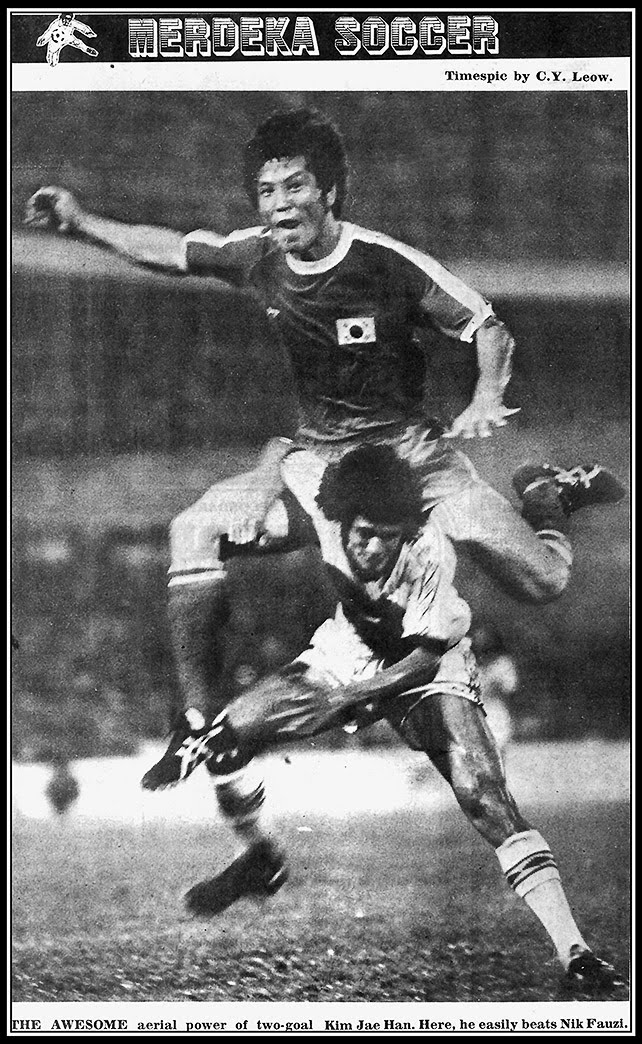 Due to the badly lit Stadium Merdeka in Kuala Lumpur and the requirement of high shutter speed with my 180 mm f2.8 lens, the ASA 400 film was "push process" to beyond ASA 3,200 to capture this prize winning action shot in the New Straits Times.

It wasn't many years later that they decided to use ISO instead of ASA. They are the same :)

The American Standards Association (ASA) and the Deutsches Institut für Normung (DIN) film speed standards have been combined into the ISO standards. The current International Standard for measuring the speed of color negative film is ISO 5800:1987 from the International Organization for Standardization (ISO).

ASA, ISO (also known as film speed) is a standardised way of measuring the light sensitivity of a certain film.

Back to the digital present...

Who ever shoot film nowadays?

To understand the purpose of ISO setting in your digital camera, you must imagine the light receiving CCD / CMOS sensor in your camera is behaving like film emulsion.

But unlike film, you cannot physically swab the sensor for a higher or lower ISO one. You can, however; change your ISO (sensitivity to light) on-the-fly!

How did the digital camera do that? After all, there is only one sensor!

The camera achieve this by cranking up the gain of the sensor electronically! By increasing the gain, you amplified the received light; wallah! The sensitivity went up!

But like most thing, you win some and loose some ;)

As light sensitivity goes up, so did noise; some say the noise look like film grain! There are similarity after all ;) 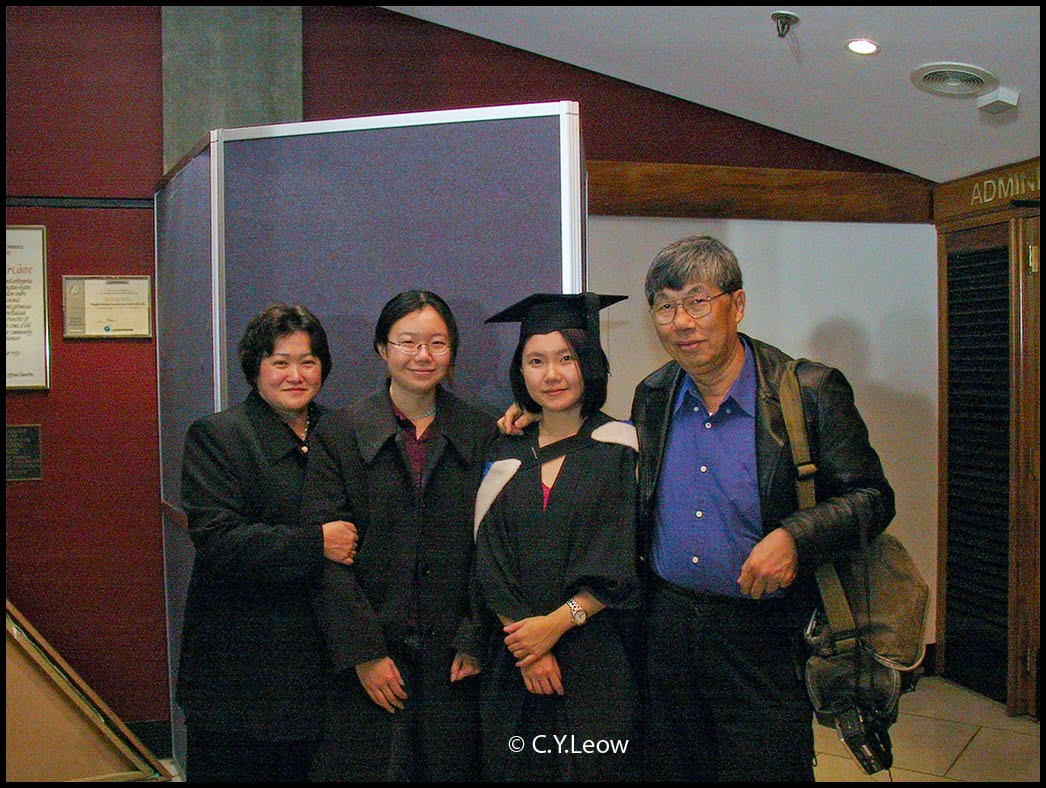 A very "noisy" digital picture taken at May-N's graduation in 2001. How noisy? Take a look at the crop below, of my jacket ;) 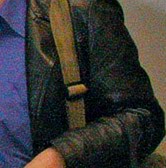 By now, I hope you realised the importance of ISO. 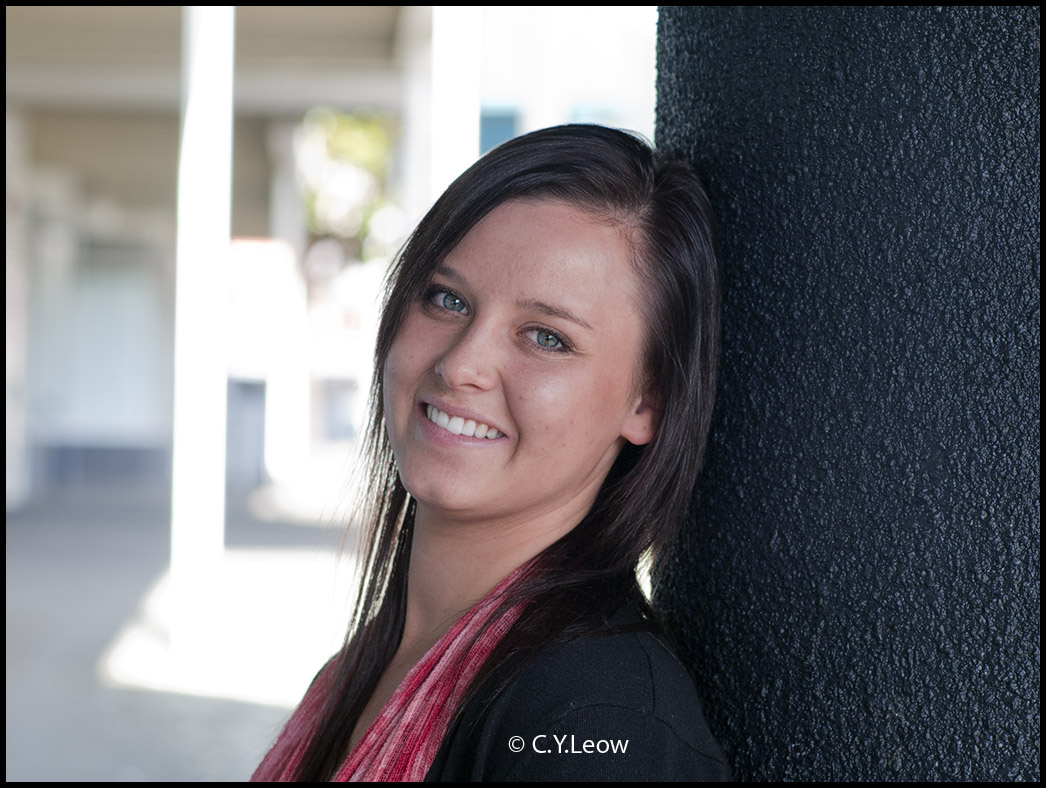 A delightful portrait of Brook shot with a Olympus E-P2 digital camera at ISO 400. Notice how smooth and "fine grain" a modern sensor can deliver! How fine the grain? See 100% crop below: 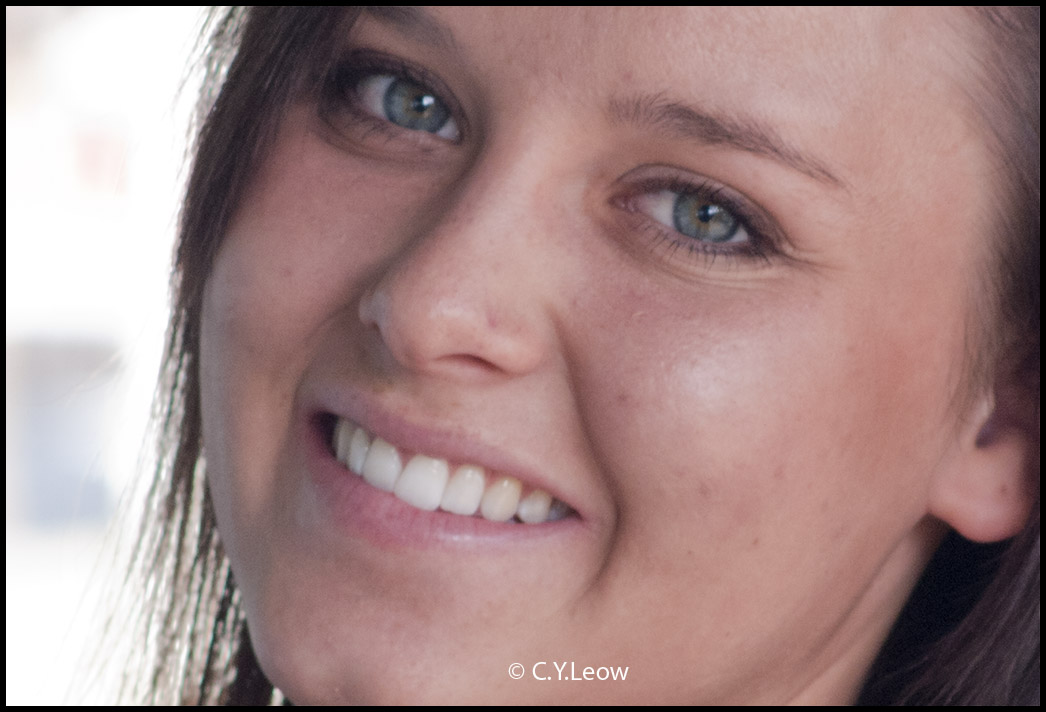 This is fine grain! Impressed?

Before I start, this advice is mainly aim at photographers using point and shoot digital cameras; which generally have smaller sensors than DSLR and therefore exhibits more noise on high ISO.

I find this setting allowed me to shoot nearly 70% of my shots without flash (I hate flash pictures).

As my available illumination went lower and when I have to shoot slower than 1/15 of a second, I will then increase my ISO to 400 and 800.

However, if I have my tripod handy; I will use it so that I can shoot at slower speed without changing the ISO.

I find the modern, relatively small sensors in the two compact can deliver images with minimum noise even at ISO 800.

Mind you, if situation arise that I MUST shoot at ISO 1,600 or 3,200; I will. It is better to get the shots and worry about the noise later. There is always my Noise Ninja :)

Oh... don't believe what you see on the camera LCD review screen as gospel truth, the on screen image might "look" noise free to you but when you view it on your monitor; you might get a rude shock ;) 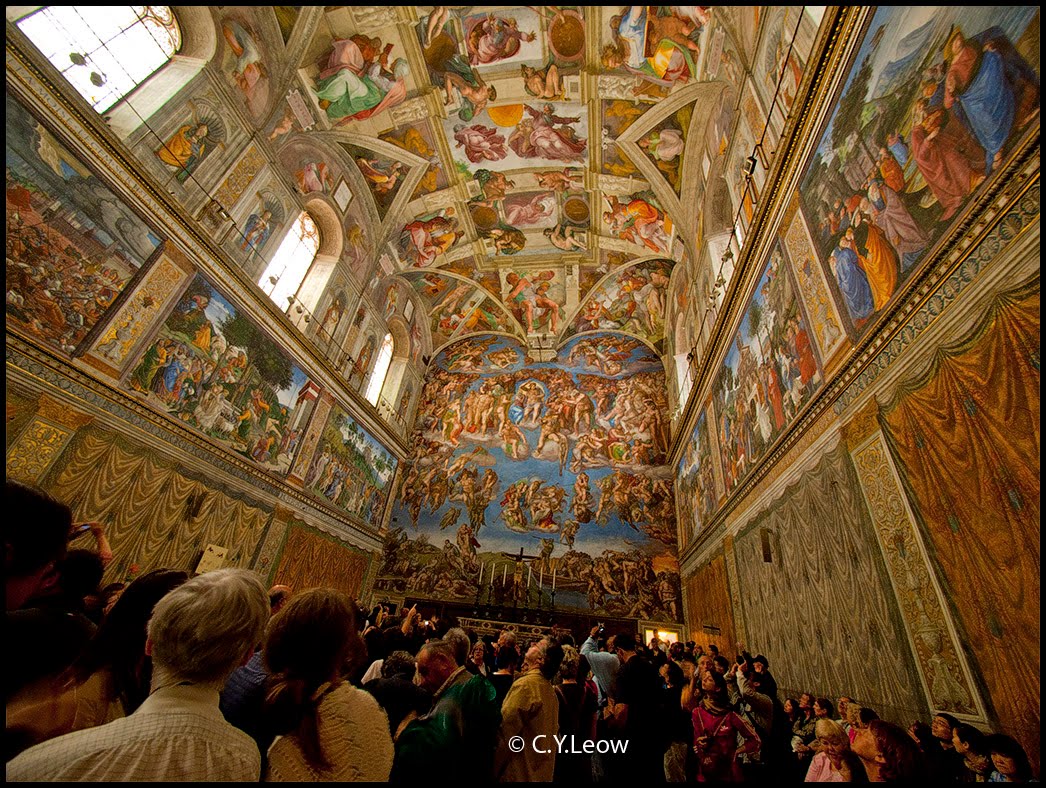 In this situation I have no choice but to use 400 ISO to avoid noise and to hand hold the E-P2 at a low 0.3 second exposure!

The in built stabilizer helps!

If I was to shoot at 1/15 sec, my ISO will have to be at 3,200! I am sure at that high setting, digital noise will destroy much of the finer details of this Sistine Chapel capture.

I NEVER use the "Auto ISO" setting.

Why? Why do you let the camera decides on such an important setting for you? We have something we call the brain ;)

I find the camera on auto ISO always take the easy way out by cranking up the ISO, when you could have shot at a slower speed!

Don't let it compromise the image quality for you! Decide for yourself!

Since correct ISO setting is so important in getting good quality images, you would think changing the setting is a breeze on all point and shoot cameras?

I have seen many P&S with their ISO adjustment hidden deep down in the menu! No wonder frustrated users rather have it set to auto and forget about it! 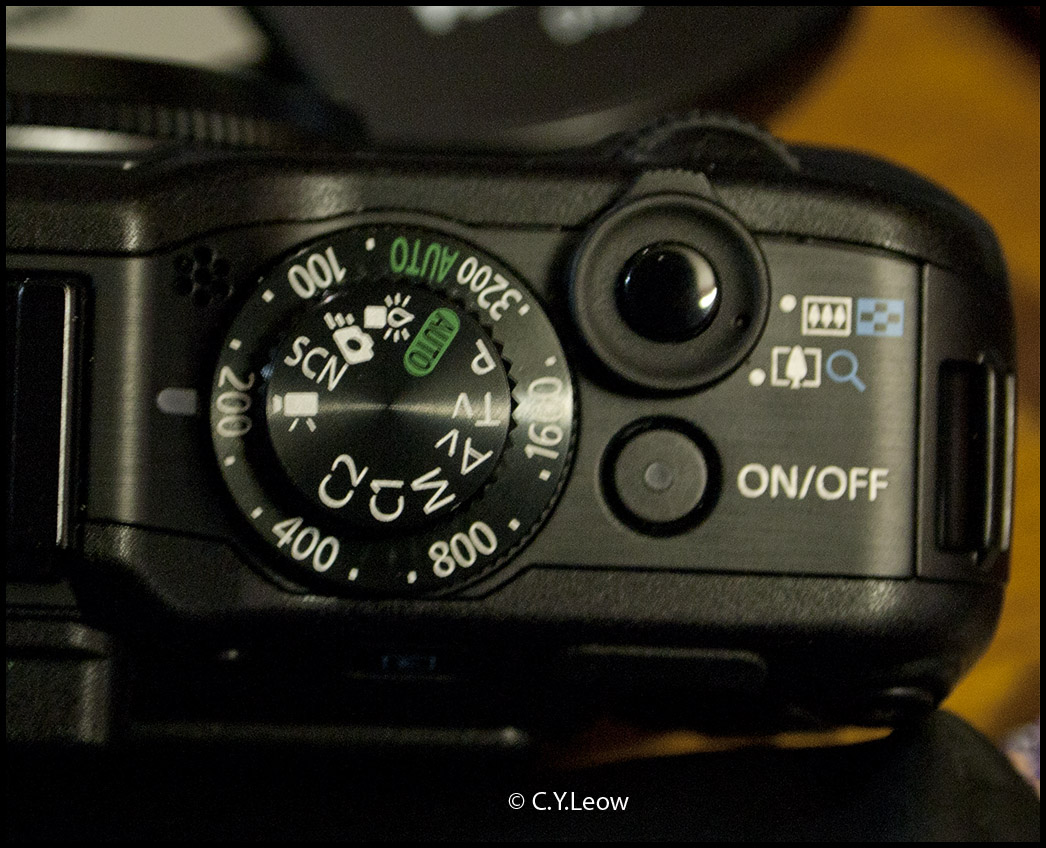 The oversized ISO dial on the Canon G12 P&S camera, changing ISO settings is a breeze! No wonder this little gem is the preferred side-arms of the pros!

Interesting blog!I have written key points down and will practice. I have read about it before but I guess until I practice different settings in different lights and compare then it will all fall into place.(I sent the link to Brooke.)