Some of my friends was wondering why I have not been posting for a while, would you believe my retina display detached and I was virtually blind with only a good left eye?

Did I say Retina Display? Duh!

Retina Display is a brand name used by Apple for liquid crystal displays which they claim to have a high enough pixel density that the human eye is unable to notice pixelation at a typical viewing distance. The term is used for several Apple products, including the iPhone, iPod Touch, iPad, and MacBook Pro.  -Wikipedia

What I had was a Retinal Detachment!  Nasty!

Retinal detachment is a disorder of the eye in which the retina peels away from its underlying layer of support tissue. Initial detachment may be localized, but without rapid treatment the entire retina may detach, leading to vision loss and blindness. It is a medical emergency. 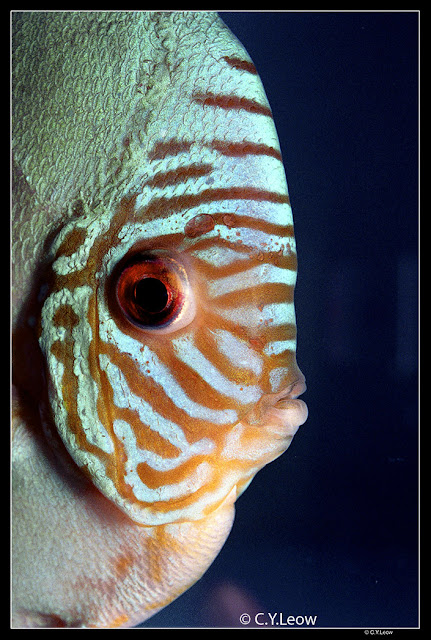 No, that discus fish above did not have retina problem; even though his eye is much redder than my right eye after the op ;) 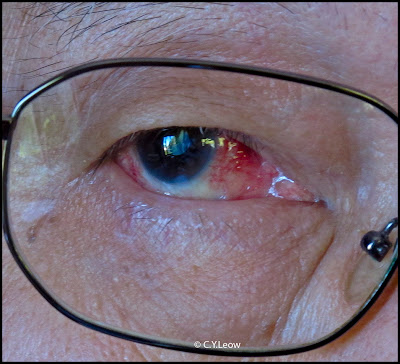 Yes, that's my after op right eye; taken by myself using my Canon G12 with the LCD screen flip out and turn towards me so I can frame my shot accurately.  What a shame that the NEW G15 do NOT have that feature any more!  Not smart, Canon!!

Talking about eyes, this is my favorite picture of what Albert Einstein said...
"Few are those who see with their own eyes and feel with their own hearts!" 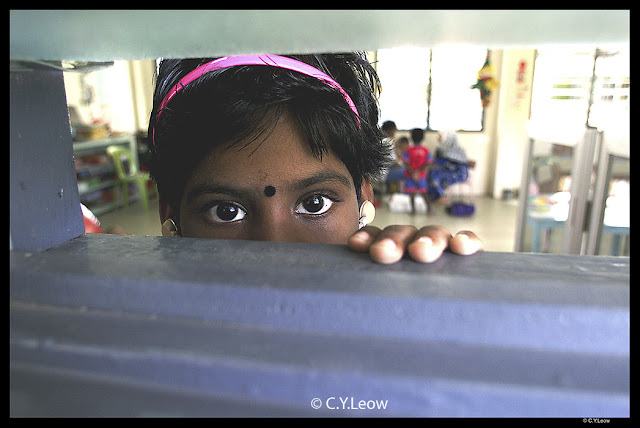 Email ThisBlogThis!Share to TwitterShare to FacebookShare to Pinterest
Labels: Me