The ANGST of Shooting Film!!

Before I carry on, I want to make it clear that this is NOT about the eternal argument about whether the film is better than digital; it is about after a hiatus of ten years, I suddenly decided to relive the hassle of shooting film!

I had been shooting film since I was 19, when I bought a second-hand Zeiss Super Ikonta camera from my photo nut classmates, the Ooi twin.

I was shooting a lot of films when I was a student at Oakleigh High School, Victoria; Australia. Entering an inter school photo contest, I even won a set of Minolta SLR for the school, and I was shooting everything on film. 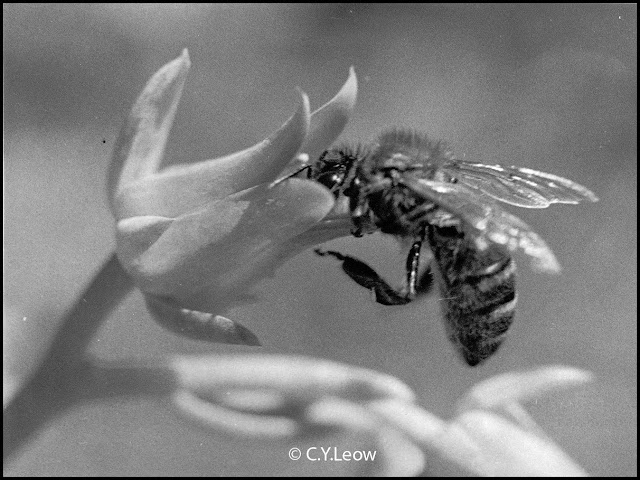 A contest winner at the 1968 inter school contest in Victoria, Australia. Shot with a Pentax SV with a 55mm lens on a reversal ring. 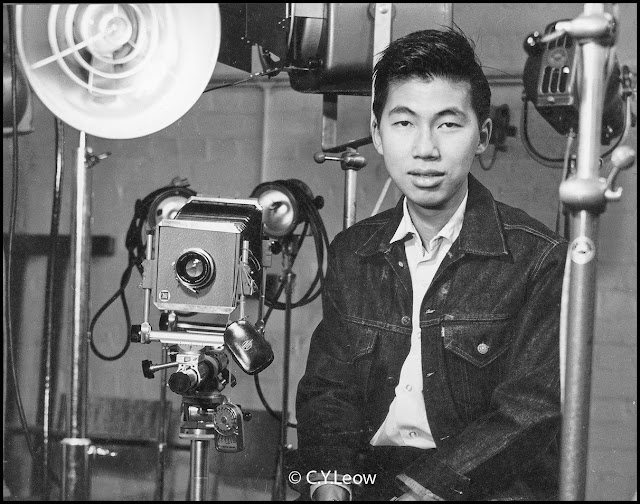 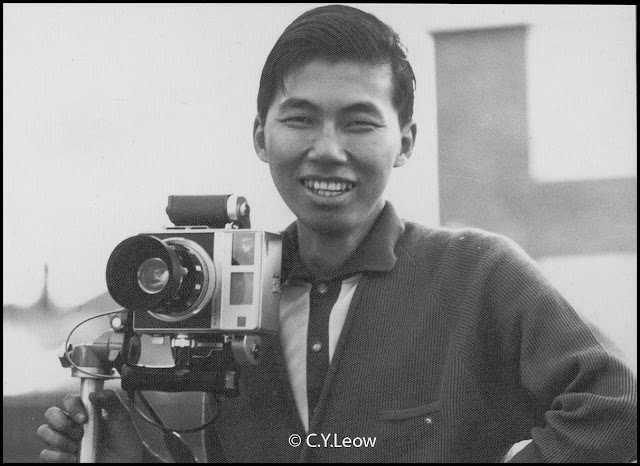 After high school I went and study Illustrative Photography at the RMIT,
Melbourne and I was shooting on 4X5" and 6X9 cm films :) 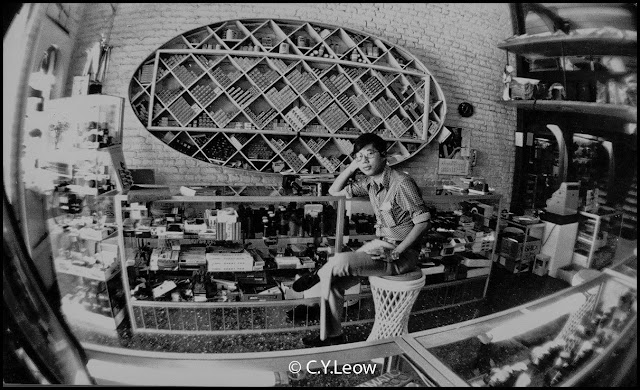 When I was the Manager at Focus, Penang; I was selling; developing and providing printing services for... films!


Then the for rest of my working life with newspapers... 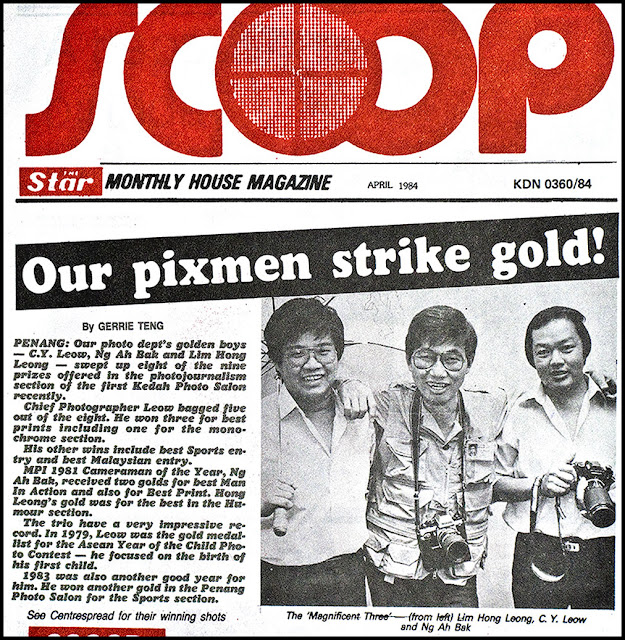 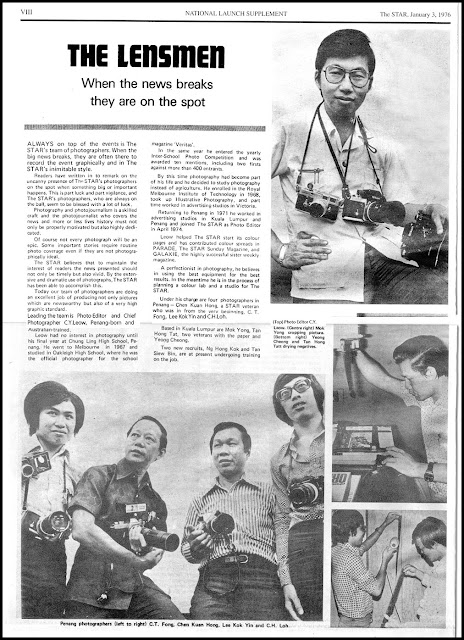 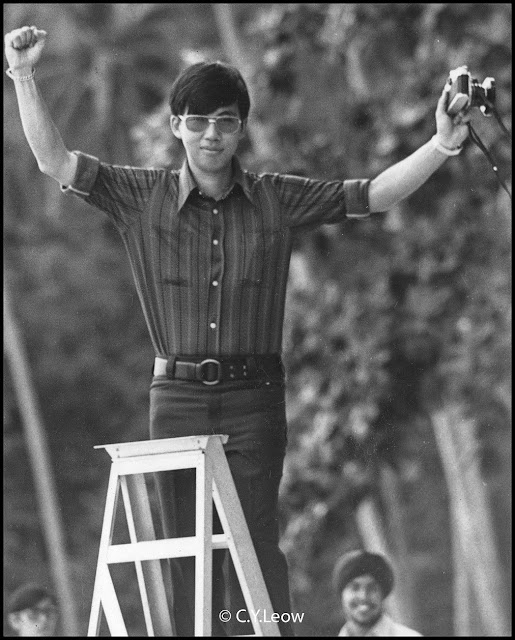 I was shooting more films! Hundred and hundreds rolls of FILMS! 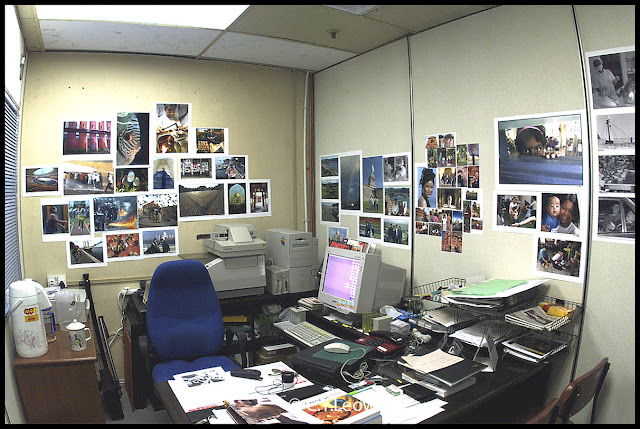 Then in 1994, working in a Singapore newspaper; I convinced my boss to let me pioneered the digitisation of the films we shot. Same happened when I returned to the Malaysian paper in 1997. The picture above was my office at the KL paper, notice the Kodak 2035 film scanner beside the Mac computer. 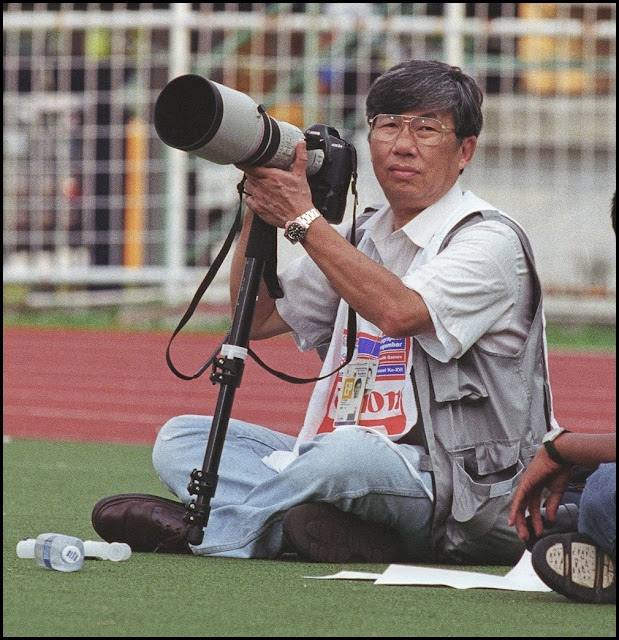 Finally in 1998, just before the KL Commonwealth Games; I managed to convince the bosses at The Star to purchase two units of DSLRs at RM65,000 each and the rest, like they say; is history :)

So it was around 2012 that I stopped using films all together, digital cameras quality was improving so fast that, in practicality; I do not see why any one would bother with the hassle of using film! 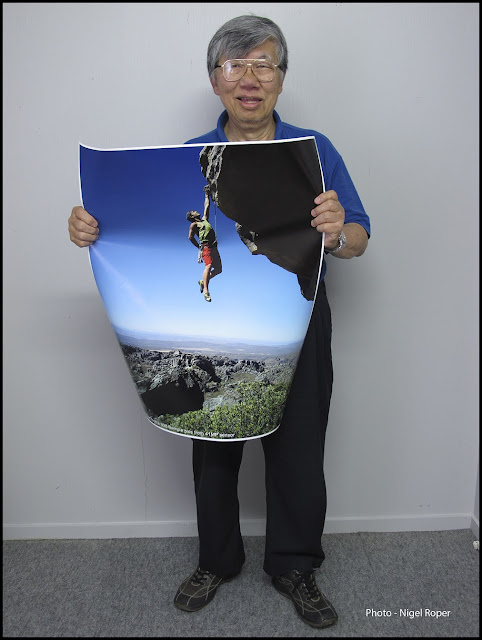 I was holding a 20x24" print from a JPEG image shot with a Nokia mobile phone!

Do not ask me why I suddenly get the urge to shoot some film, it could be nostalgia; it could be I just happen to check on one of my Leica cameras, and holding that solid chunk of mechanical perfection drove me to this insanity! 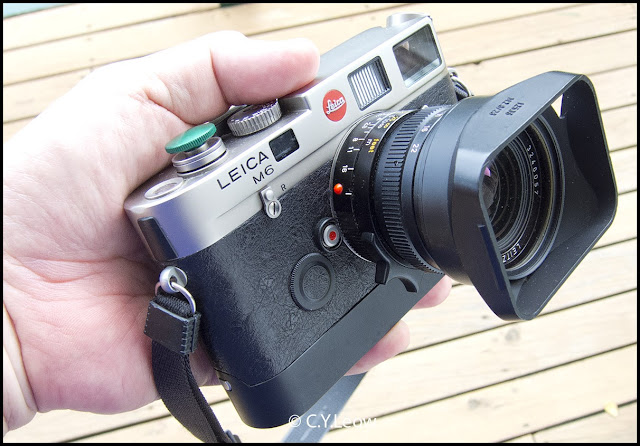 Once loved and treasured by me, my HEAVY Leica M6 Titan has been hibernating for more than TEN YEARS. Seen here with the superb 28mm f2.8 Elmarit lens. 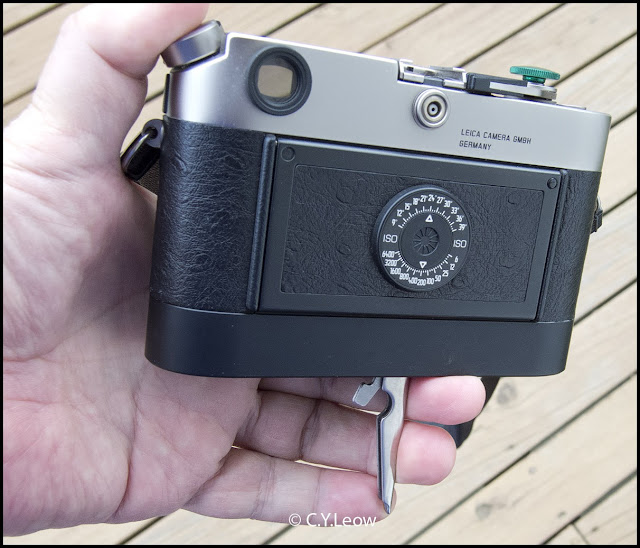 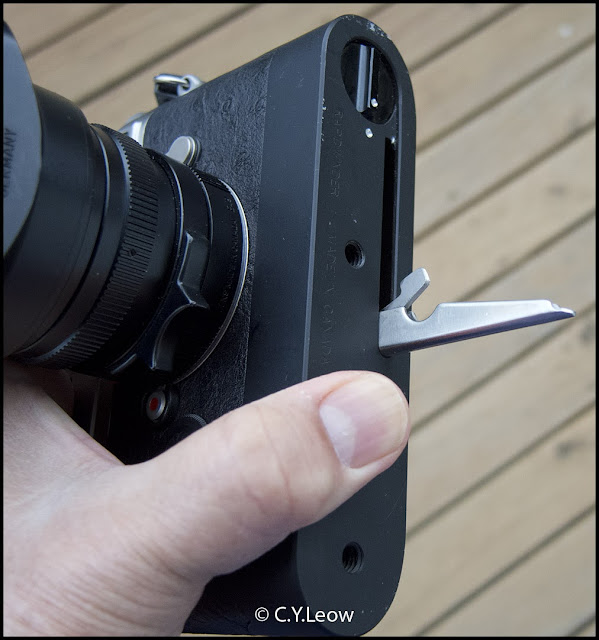 My M6 is fitted with an incredible Canadian made RapidWinder, as you can see from the first picture; you can advance the film quickly without loosing sight of your subject. With practice, you can fire off 2 to 3 frames per second; fingers powered ;)  At that time, mine was believed to be the first one ordered from New Zealand!

To satisfy my sudden film shooting itch, I took a day off from my film scanning work (duh!) and drove to our local Wellington Photographic Supplies; I was thinking may be there is difficulty of getting films but I was nearly floored when I saw HUNDREDS of rolls of Fuji colour films in two big barrels in the shop!

I proceed to my favorite spot at the Oversea Terminal in Wellington, a short 5 minutes drive from where I bought my roll of film.

My intended film vs digital vista was, at that instance, perfect; the light was not too harsh and it just happened there was an elderly couple sitting on the bench making the scene picture perfect for me!

I started to load the Fuji into my Leica M6 camera...

If you are a Leica M owner like me; you know how this simple task can sometimes became so frustrating! As I wind the first two frames while looking at the rewind crank, I realised the film leader failed to catch and the film is not advancing!

With this super expensive German machine, I now have to remove the base plate and start over again!

I can feel my blood pressure rising... I started to mumble obscenities!  Trying to remain cool and try to load the fourth time while expecting the sitting couple to leave my "perfect setting"!

I got the film going in 5 minutes or more!  Man, I don't need this angst!!

I started shooting with the 28/2.8 Elmarit wide angle, I was amazed; after all these years, the battery in the M6's meter still work and giving me a spot on reading! 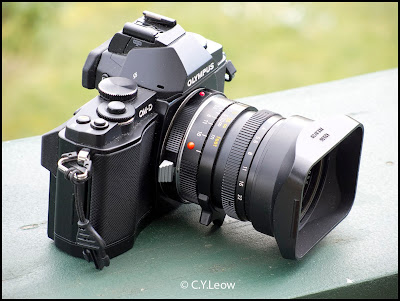 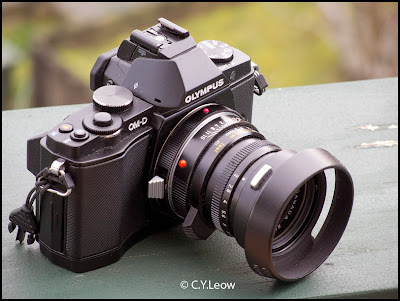 I actually have difficulty of finishing the 36 exposures!

Not wanting to waste any time, I took the exposed roll to WPS for processing. 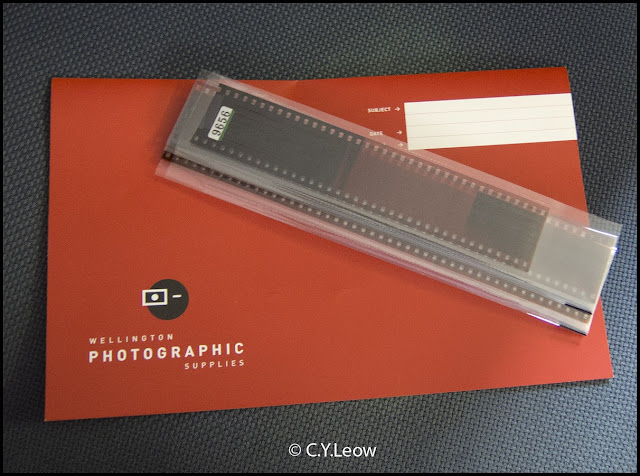 Memory in silver and gelatin... I pick up the processed film the next day. Cost me NZD 6.00, nice big; quality envelop to put the film in :)

A few more hours off work... 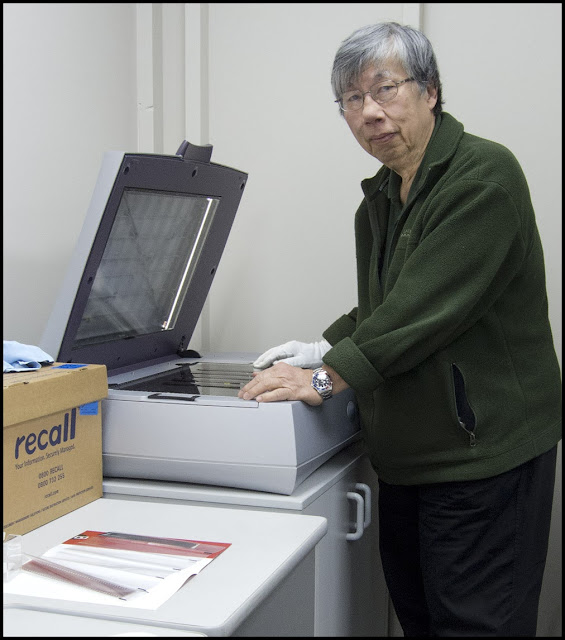 Went back to the office, on my own time; to scan the shots I took.  This experiment is getting expensive!  ;) 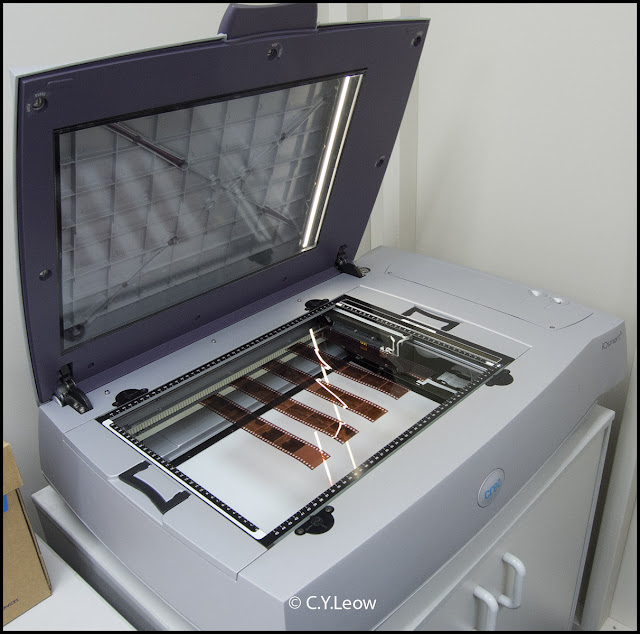 My negatives getting ready to be scanned.  This is not any tom, dick or Harry scanner. This is the Creo iQsmart 3 high end scanner that I operate in my work. I don't think this scanner is being made any more.

The selected frames of my negatives were scanned at 16 bit colour and a resolution of 4,000 ppi.

Personally I was NOT impressed with the scans because the Creo, expensive as it was; is NOT a dedicated 35mm film scanner. Like it or not, it is a flat bed design, incredibly good for large original but looses out to dedicated 35mm scanners like the Nikon Coolscan 9000!  Even the Coolscan 4000 which I have can give a better result in 35mm scans, sadly my 4000 has not been working for many years. 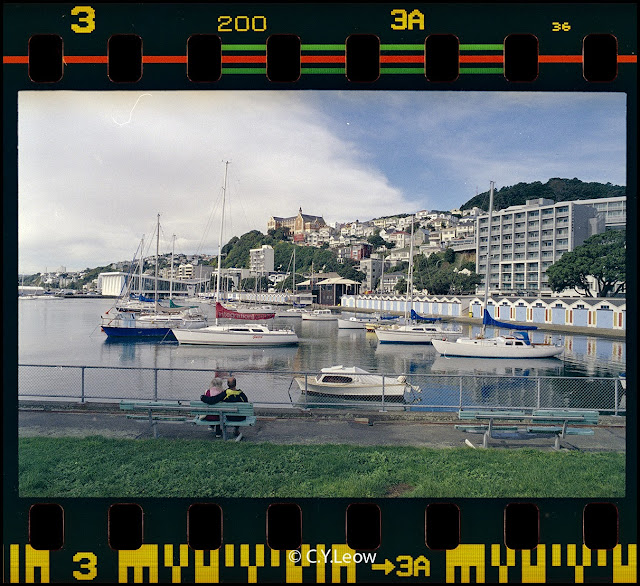 Taken with the 28mm f2.8 Elmarit lens at f8, the scanned image was rather flat. The file was opened in Camera Raw and adjusted. I was amazed with the really clean and accurate rendition of colour, look very natural! Except for that pink cast! 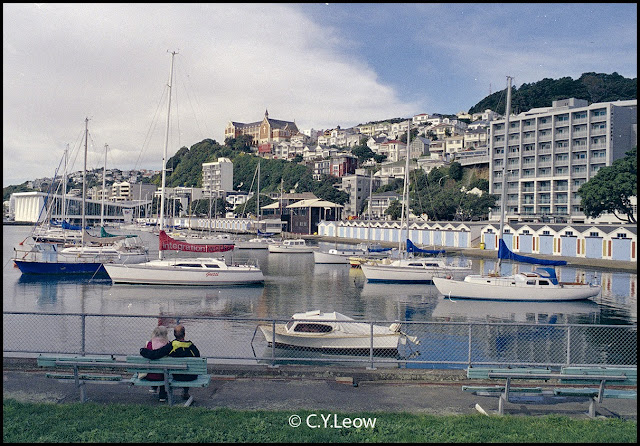 A tighter crop of the same picture. 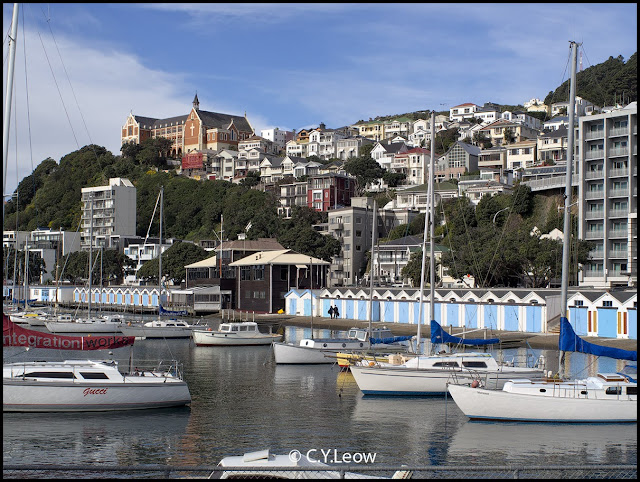 This was taken with the digital Olympus OM-D, with the same Leica 28mm lens. Since the OM-D M43 format is like a half-frame camera, the 28mm lens took on a view of a 56mm lens.

Very little was done with this RAW image, the out of camera colour is saturated and pleasing. Somehow, I like this better than what the film offered. 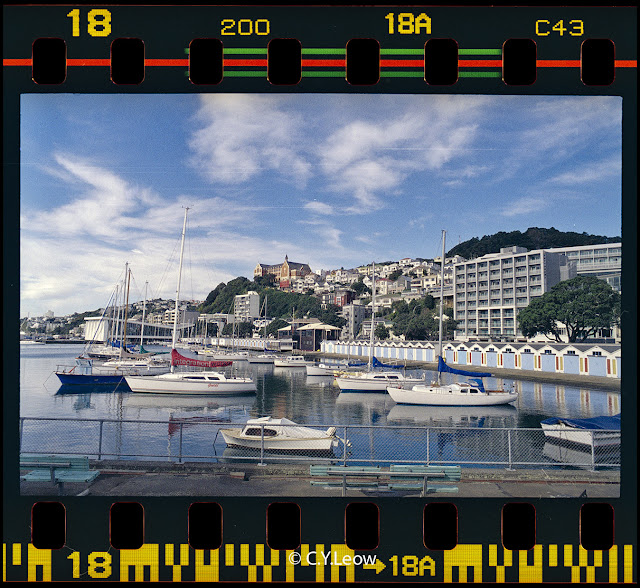 Another Leica M6 with 28/2.8, shot when the cloud opened up and colour and contrast improved. 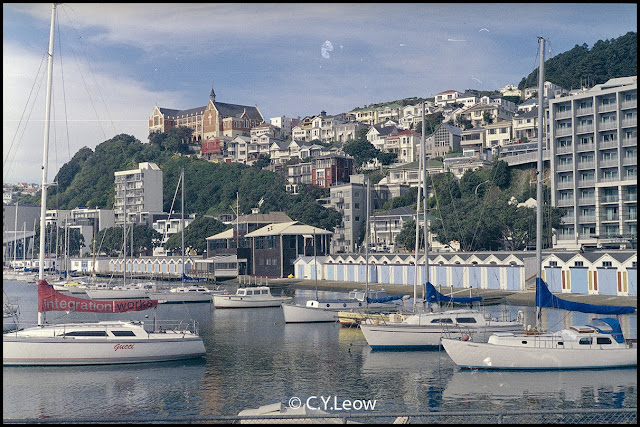 Leica M6 with 50/2 normal lens. Look at all the gunk on the negative! Another reason I am tired of using film! To get a spotless scan, you really need an absolutely dust free clinically clean room! 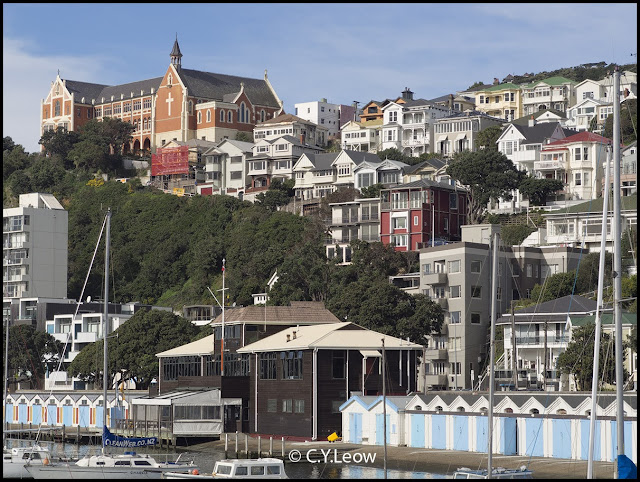 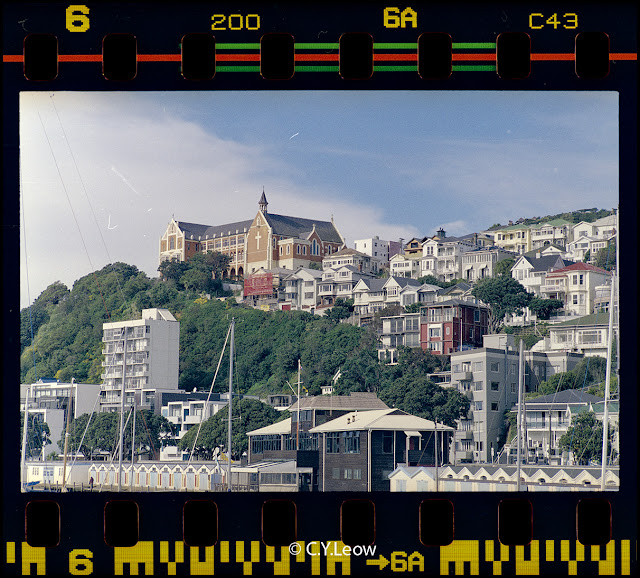 M6 with the heavy 90mm f2 Summicron short tele. Notice how the bushes are rendered! Lets take a closer look... 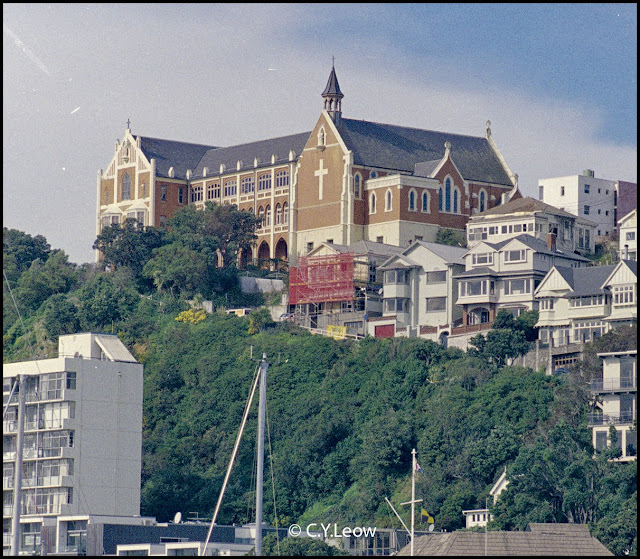 Seems there is a pink cast over the whole image.. I like the colour of the plants though. Could the chemical used to process the film is contaminated with leuco cyan dye? 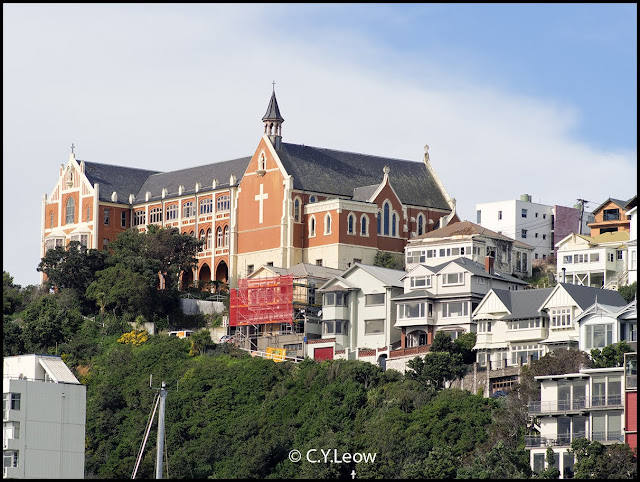 This is how OM-D sensor saw the same scene with the same 90mm lens. Notice how different the vegetation look! In the real world, the OM-D shot is more accurate. 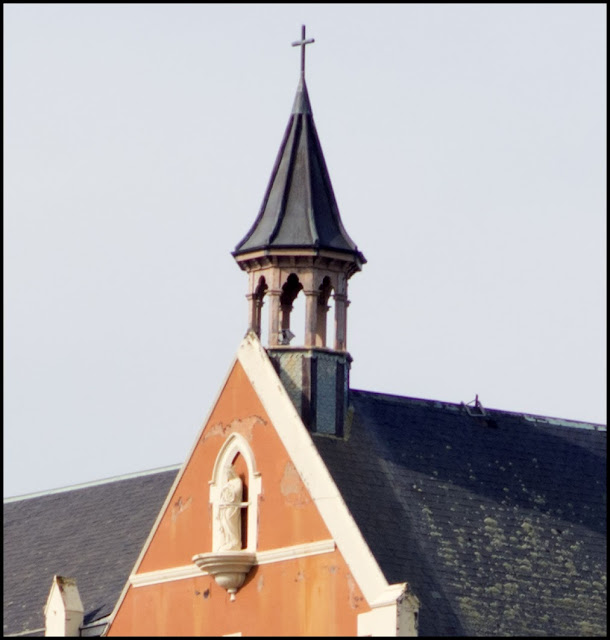 This is a 200% crop from the picture above, the 90mm Summicron is perfect for digital! You cannot see any chromatic aberration on this compact "film lens"!

So what is my verdict?

After all the unpaid work hours, the film cost; processing, parking charges; I did not get any satisfaction on using film. The process is just too time consuming, too many variables to get everything right to produce a high quality image. Taking pictures is supposed to be fun, seeing your results; an instant gratification, an instant enjoyment... not waiting for hours or days to see what you have captured!

Ten years ago I decided to shoot only digital, today I just confirm that decision again... time to sell all my Leicas, but NOT the lenses.

Hi Steven...
Focus was at 3,Penang Rd;E&O end.It was started by Lim Kean Siew, yes;the lawyer and Tye Choo Chuan of Kee Huat Radio.I think Focus pioneered colour prints in Penang during the early 70.When I was there,we also sell duty free goods;mainly alcohols. The Thais came by the truck loads! I was their manager for two years. The shop closed in the mid 80.Yes, there are no record in the web at all!

Thank you Mr CY Leow for your prompt reply. I am a Singaporean who happened to be interested in all things vintage and retro in Penang. If I can afford it, I will make my second home at Georgetown. Ok, next time I go to Penang, I will take a look at 3 Penang Rd. Maybe I can post you a foto of the premises if nothing has been pulled down.

Hi again Steven..
Penang is still a nice place,it is too crowded to our liking now.It will be interesting to see what is at 3,Penang Rd now.

Hi Leo
My name is John Banagan, we were students at RMIT 1968, you were kind enough to give me your parents address who I stayed with for a few days in Penang on my way hitchiking to London.
I have not seen Rob Hagblom for years but John Hay has an exhibition next week in Daylesford.
Good to see you well and working, I was in Penang 8 years ago and was going to walk down Irrawaddy Rd looking for your family house.
I am plodding on with "stock photography " , but the cheques get less every year now. But I just came back from 2 months in Sabah , Vietnam and the Phillipines.
Best wishes to you and your family. cheers John

Hi CY , Good to hear from you , I am not on Facebook but my e mail is jwbanagan@ozemail.com.au
Yes where did the years go !!
John Hays exhibition is Sat 8th in Daylesford ,some RMIT people may be there. so come over if you can and surprise him , I have 2 spare rooms in my house which is actually a very large Sunday school. (studio/home). here in Yarraville Melbourne. I have been here 15 years,
Hope to hear from you soon cheers John