Build Your Own Sports Car In NZ

Building your own sports car?  It is not as hard as you imagine! 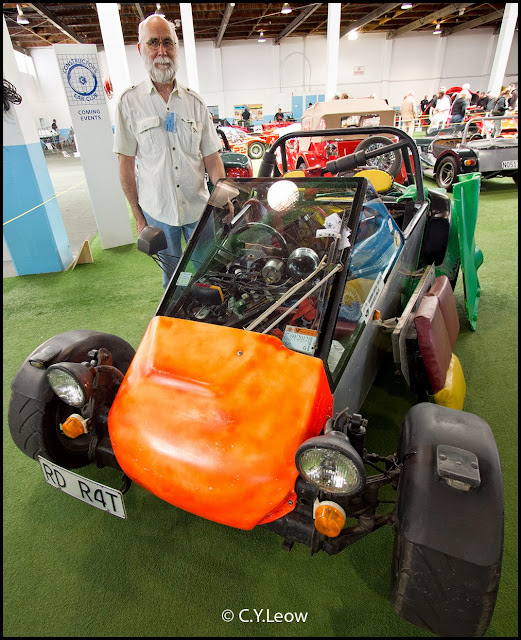 Our friend, Brian Worboys (that's him in the picture) told us about The Constructor's Car Club  (CCC) in New Zealand.

According to their web site...

"The Constructors's Car Club was founded in 1988 by a small number of enthusiasts who were interested in building a vehicle either from scratch or from a kit, but were concerned by the rumours of impending legislation and the impact it may have on their hobby.

The club they formed went on to become one of the 10 founding clubs of the Low Volume Vehicle Technical Association (LVVTA), the body entrusted with New Zealand’s modified and custom built vehicle certification system.

25 years on and the Wellington based club has over 160 members, with approximately 40% scattered throughout New Zealand.

Technical expertise remains a strength of the club with much of the communal knowledge being captured and passed on via the production of 11 editions of the club magazine ‘Spare Parts’ every year."

Last week end CCC put on a Constructors' Car Club 25th Anniversary DIY Car Show. It was held at the Kennel Club building, Porirua. We were there :) 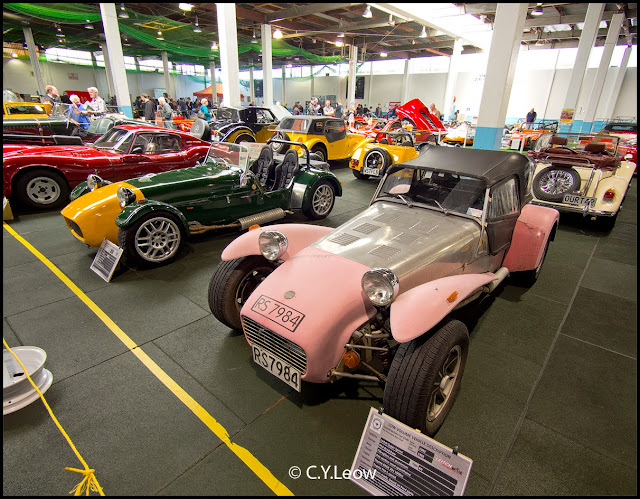 I was actually amazed by the variety of sports cars in the hall!  And all of them are actually "kit cars", and replicas of a famous marque and they all look absolutely stunning! 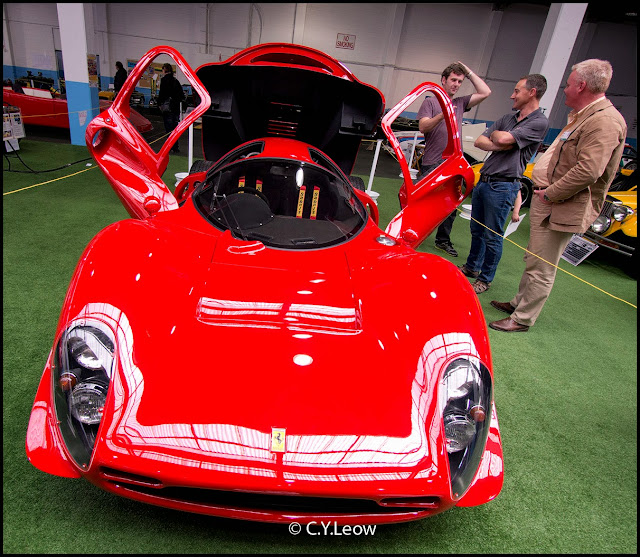 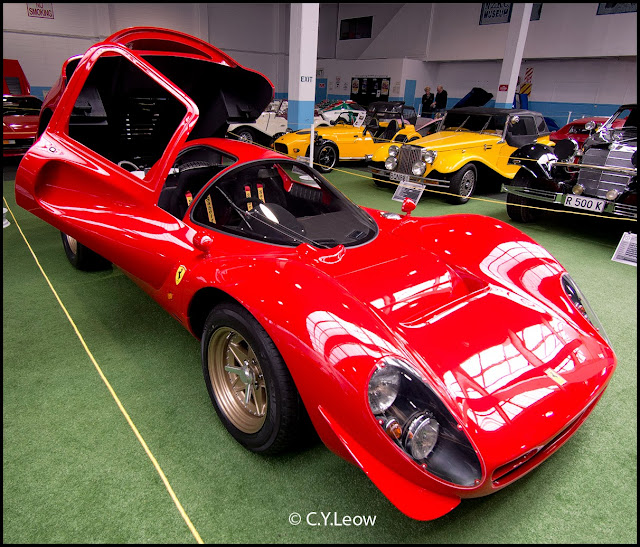 Just look at this Ferrari 330 P4 Replica, does it set your heart racing?  Owners Brenden Van Schooten and Guy Cross started building this red beauty in 2009 and the project was completed in 2013. 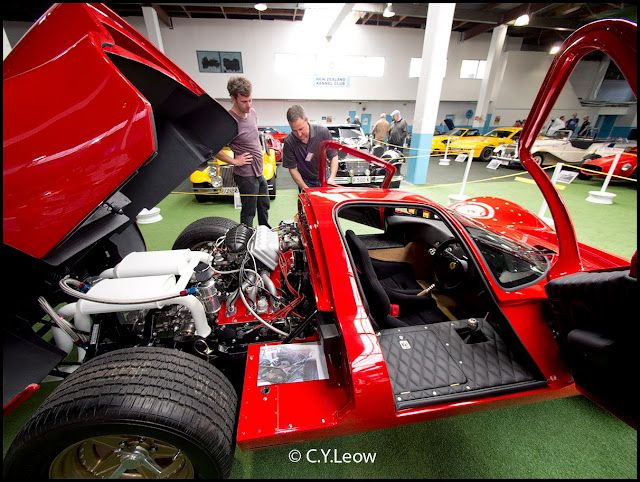 The fiberglass body is mounted on a tubular space frame, just like a real racing car, and the suspension is custom made, with cast alloy hubs! 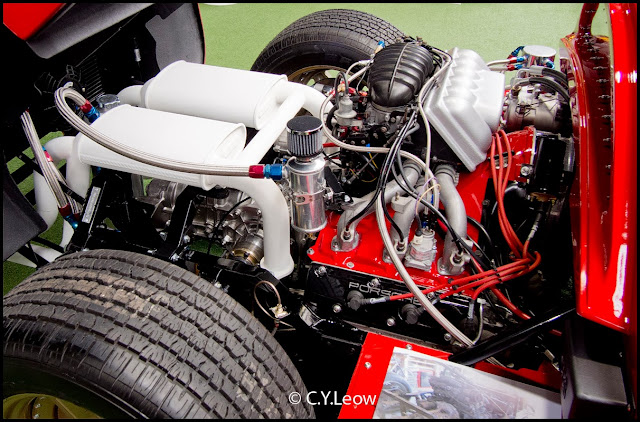 The mid-engine power plant, however; is a Porsche, flat-6; 2,700cc screamer mated to a Porsche 5-speed gear box. 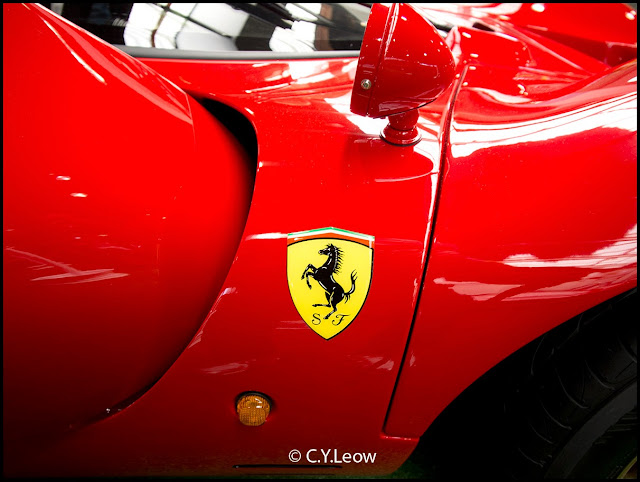 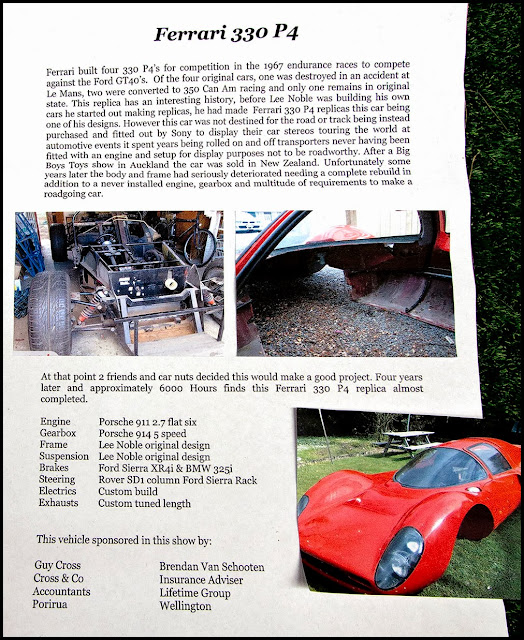 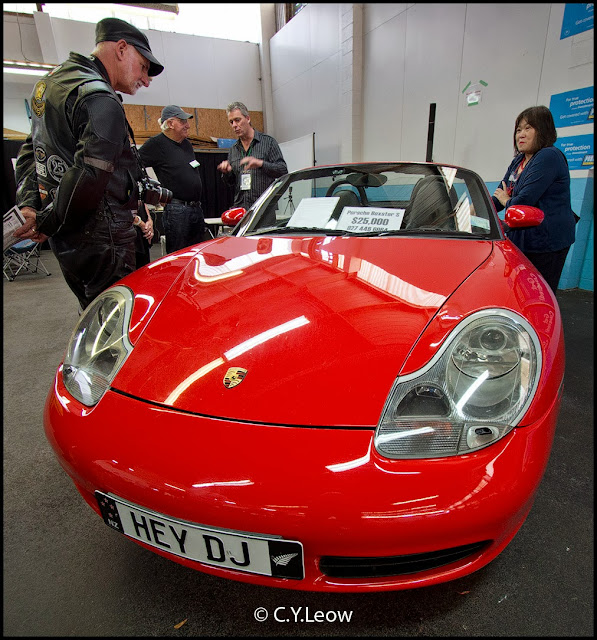 By now you probably realise I am a real sucker for RED Ferrari... hold on, RED Porsche too! And this RED Boxster is going for ONLY NZD 25,000 ! 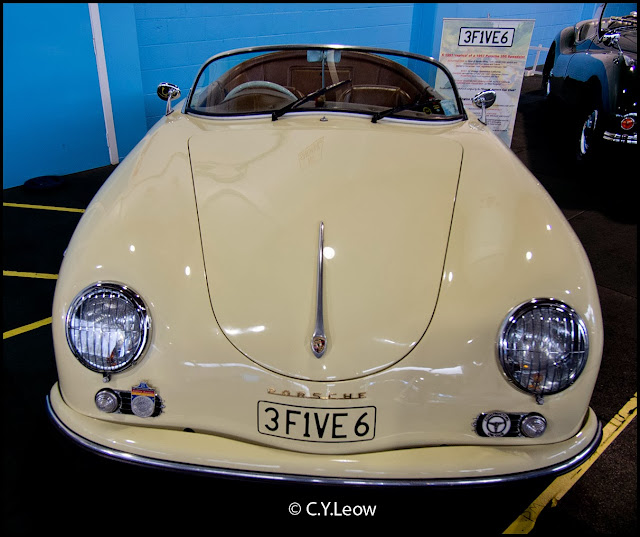 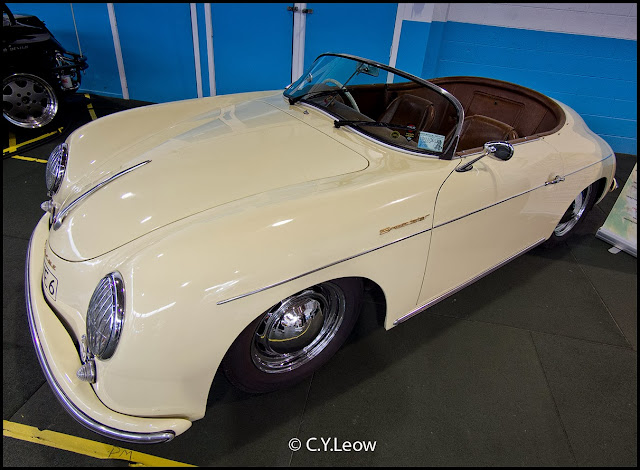 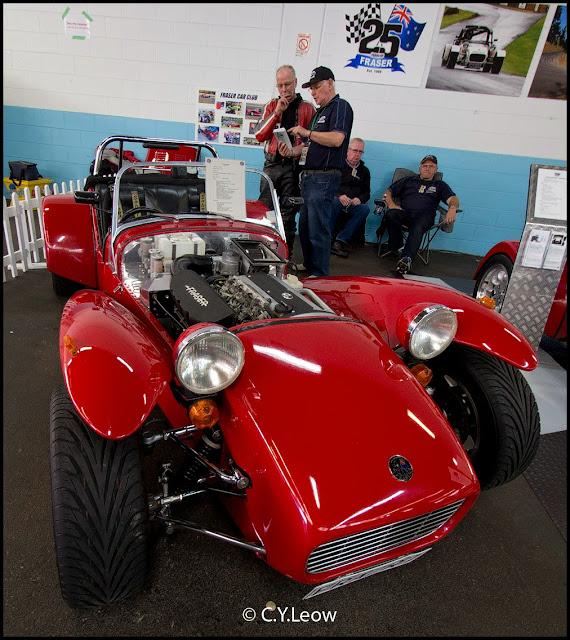 Red cars give you an impression of speed, is it any wonder a lot of kit cars come in RED ;)  This stunning Lotus Seven Replica is from Fraser Cars, you can have this beauty in a kit or completely built. 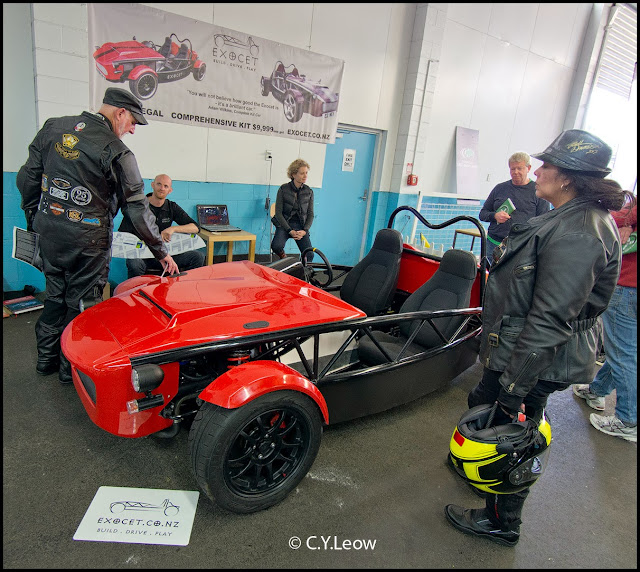 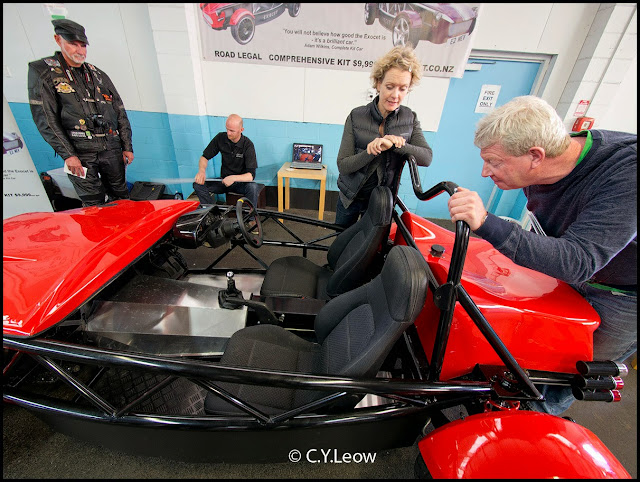 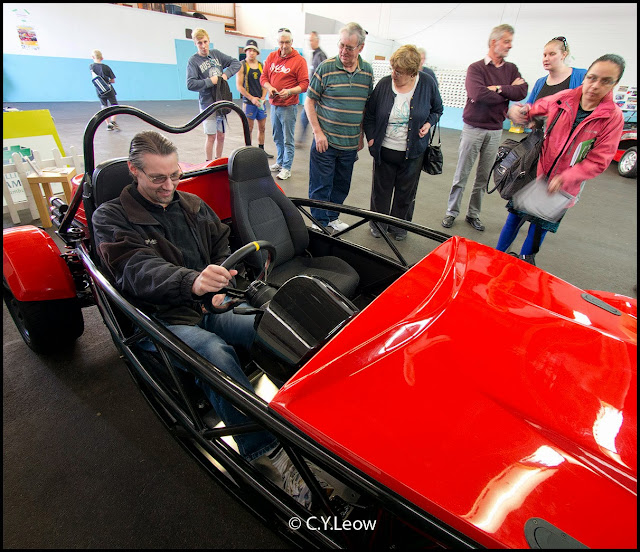 There are plenty of Kit Cars company in New Zealand, this one is from Exocet Kit Cars. 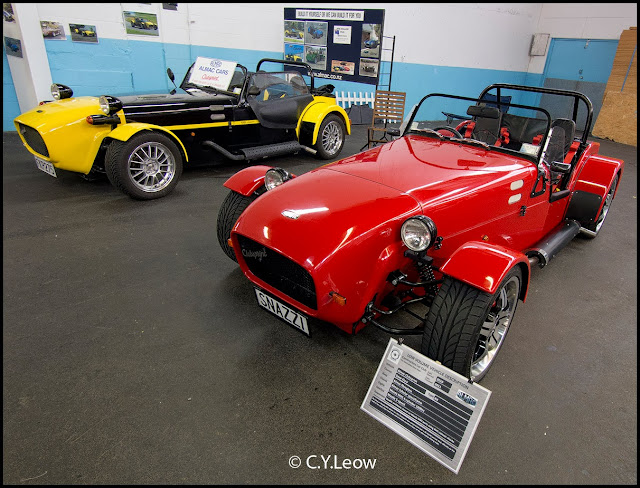 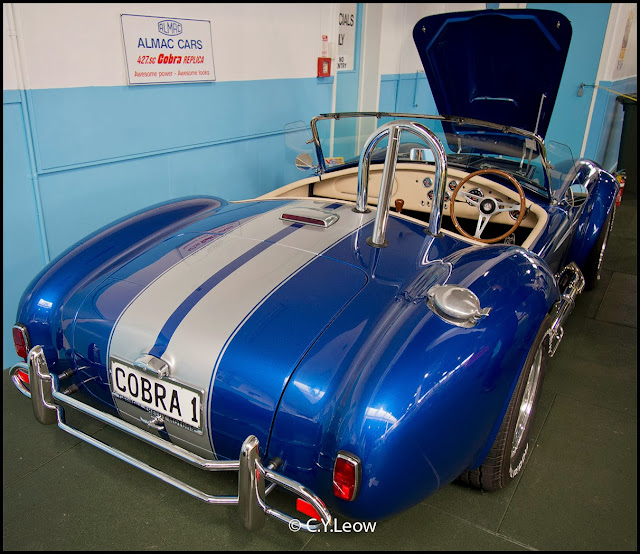 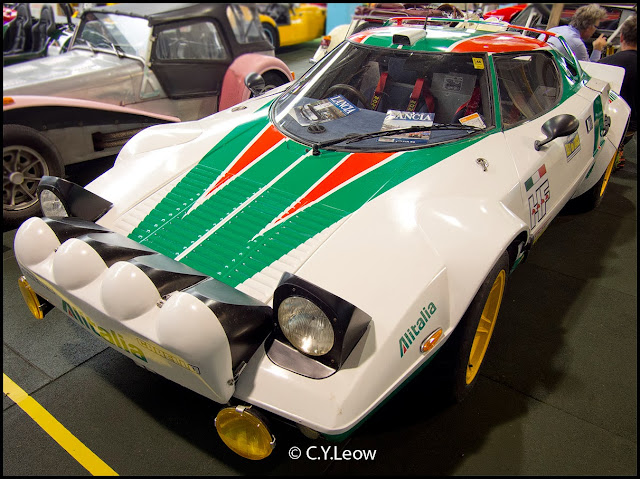 You really need lots of passion and TLC to build a "like real" replica... this is the Lancia Stratos GP4 replica which took owner Marty Loughna TEN years to complete! The Lancia green rally champ actually come with a 2,600cc V6 Lancia engine and Lancia 5 speeder! 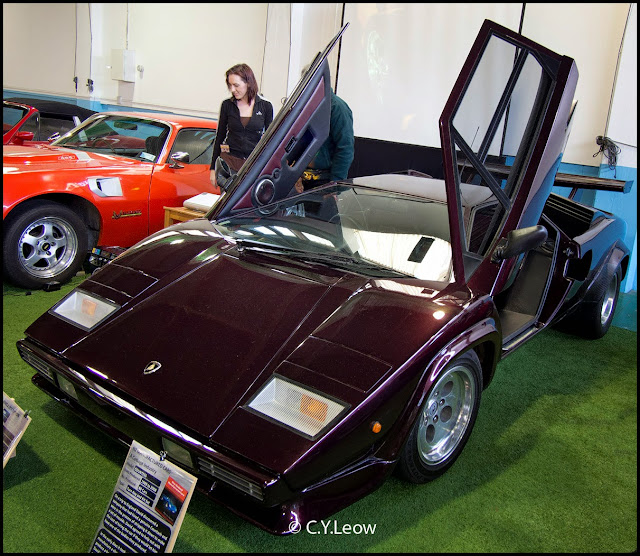 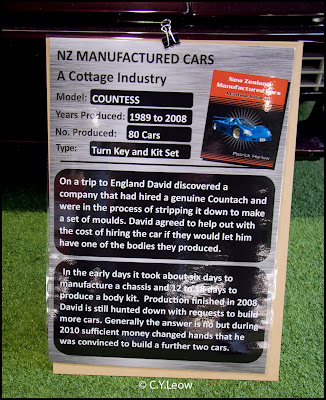 The gull wing Lamborghini Countach replica and how this black beauty came about! Sitting mid ship is a whopping 4,000cc LEXUS V8 banger connected to a 5 speed Renault shifter! 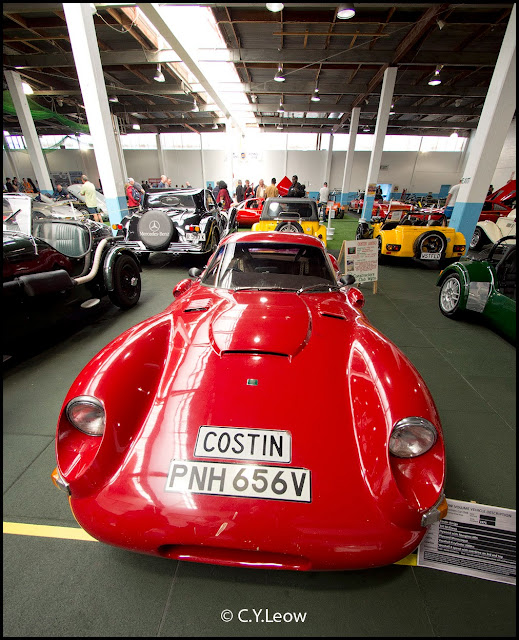 This red Costin Amigo is made of plywood with fiberglass skin! The monocoque chassis is also made of plywood! Power came from a Vauxhall 2,000cc 4-cylinder engine. Is plywood safe in a crash? Hmmmm...

What about the classic Jaguar in British racing green? 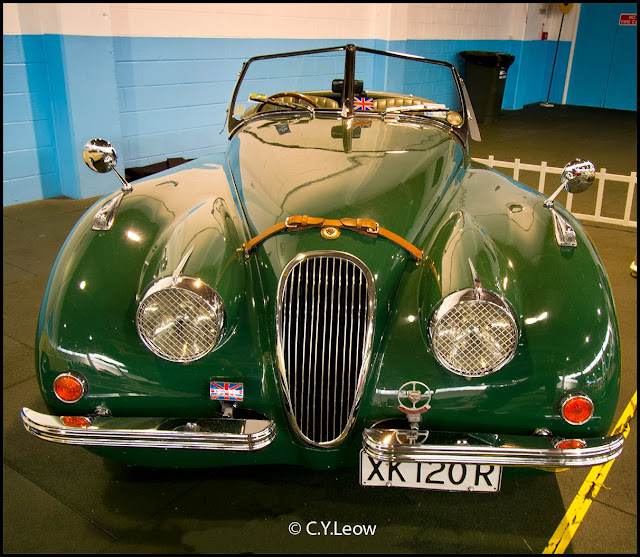 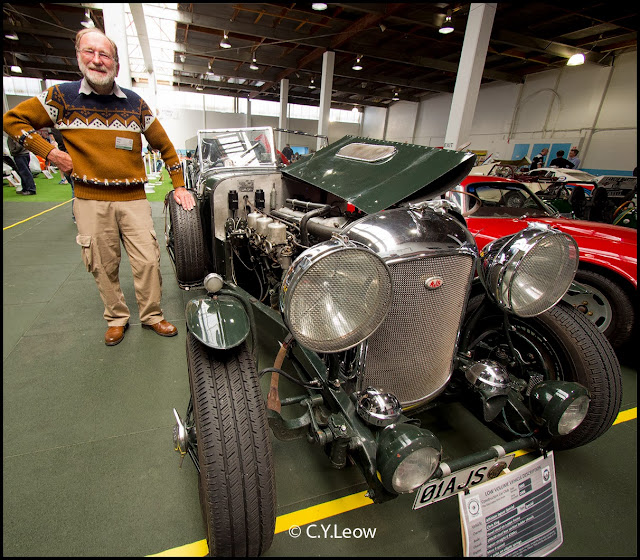 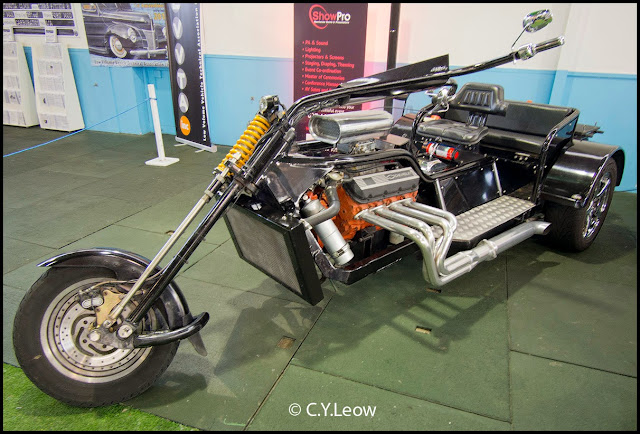 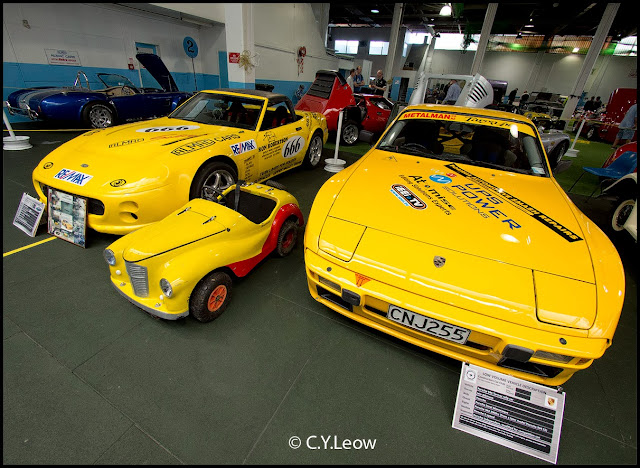 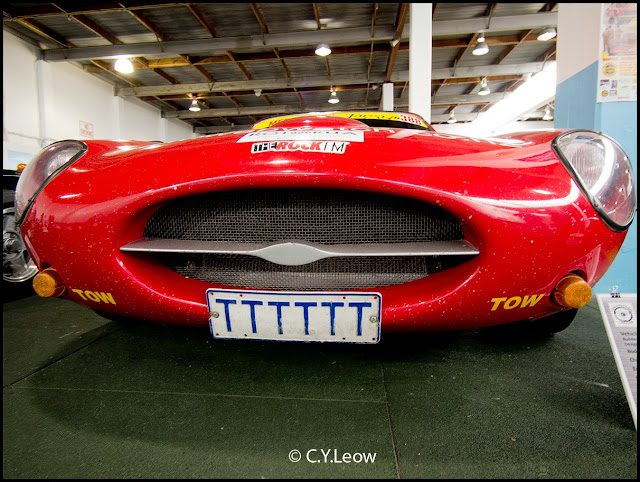 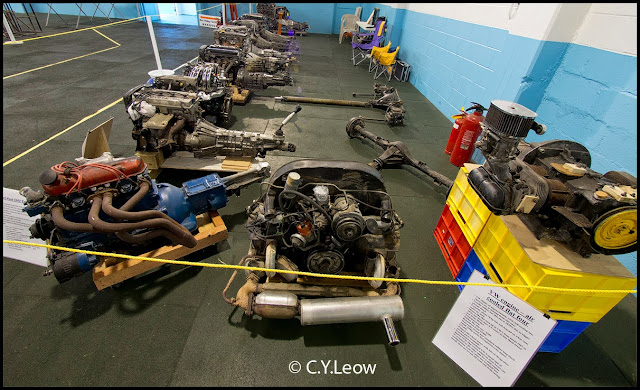 hi CY, Many thanks for your kind words about the CCC car show. I am the editor of the club magazine and an administrator of the brand new website. I would like to use your material in the Nov magazine, and subsequently add a link to the website. Please advise if this is OK. Of course I will credit you as the originator. All the best nikjames@xtra.co.nz