Once Upon A Time in Wellington

SATURDAY turn out to be a sunny but very windy Wellington day! But that is very Wellington! How windy?  If you view some of the videos, you will realise why THE COOLEST LITTLE CAPITAL IN THE WORLD is also known as WINDY WELLINGTON ;)

Saturday (14 May 2016) was also the day the CHINA CULTURAL CENTRE IN NEW ZEALAND organised an event to celebrate WORLD TAICHI MONTH, this was held at the CIVIC SQUARE in the heart of Wellington city.

We went to the Civic Square early to secure a good spot to film the event, I was given a "STAFF" badge by Master Zhang of the Cultural Centre for easy access around the event.

But after covering many events during my newspaper photographer days, I knew I would still be block by people running around with their mobile phones, filming!  The badge did make my live a bit easier though. 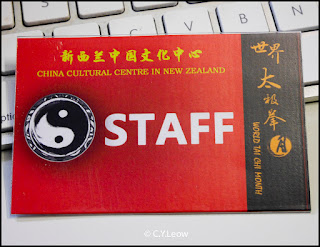 To spice up the event there were also a Chinese dance performed by the children from the Oriental Cultural and Performing Arts Group dress up as cute Kungfu Pandas.

Adding a bit of glamour, a Chinese Cheongsam Show, "Blue and White Porcelain" by lovely ladies of the New Zealand Chinese Cultural and Arts Association.

The show ended with a delightful Chinese dance, "Jasmine Flower" by the dancers of the  Oriental Cultural and Performing Arts Group.

Here are the photos and videos... 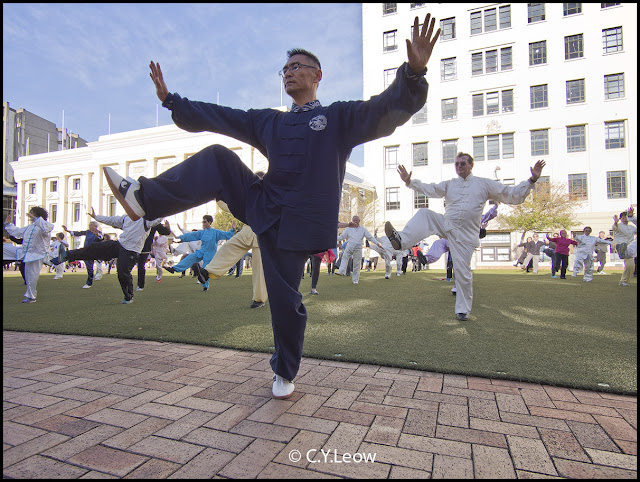 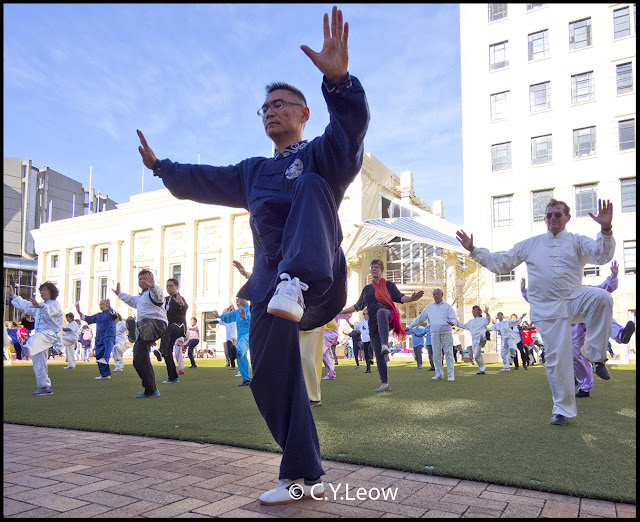 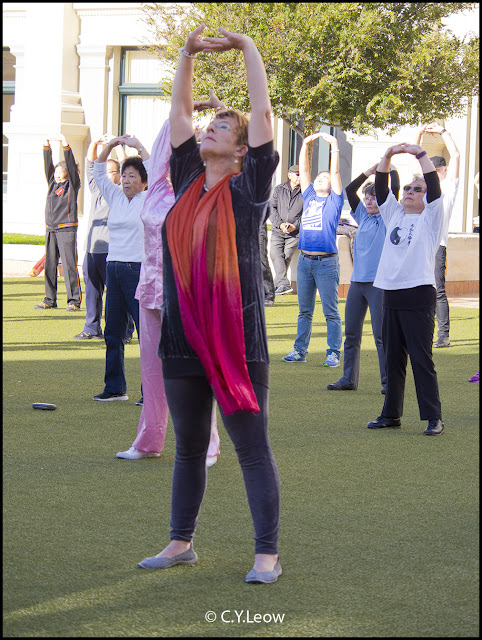 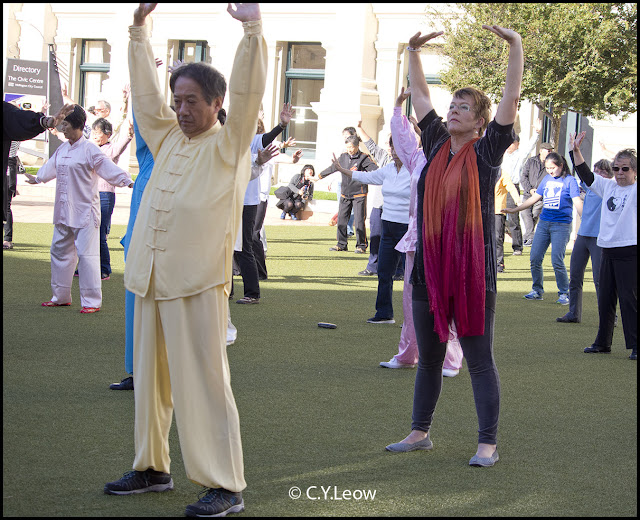 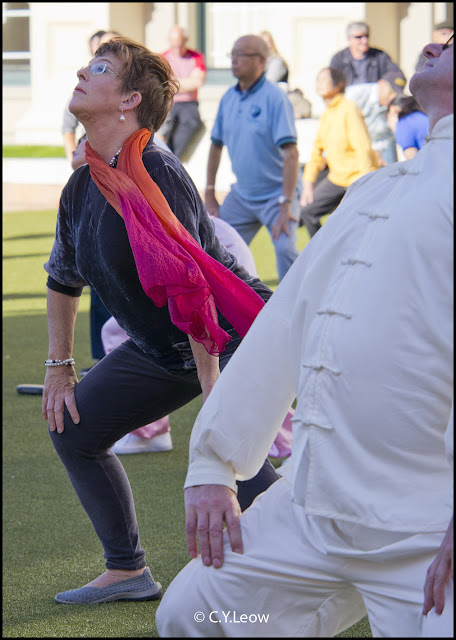 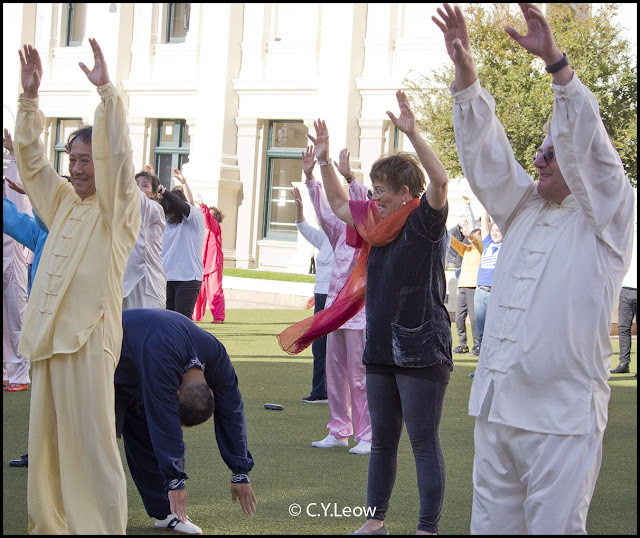 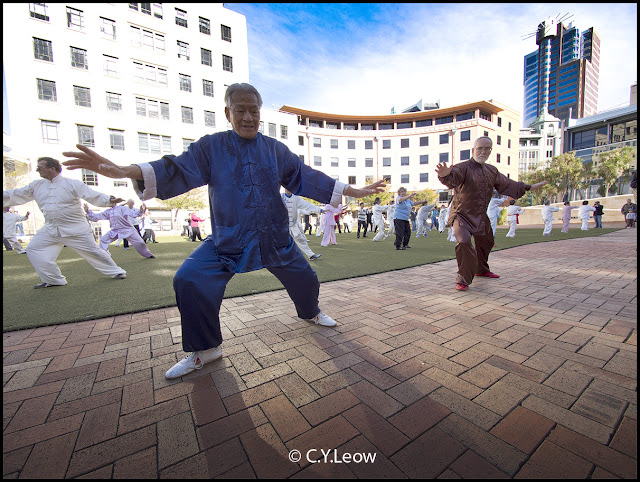 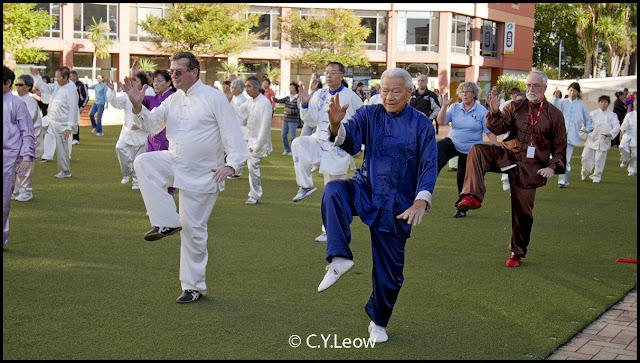 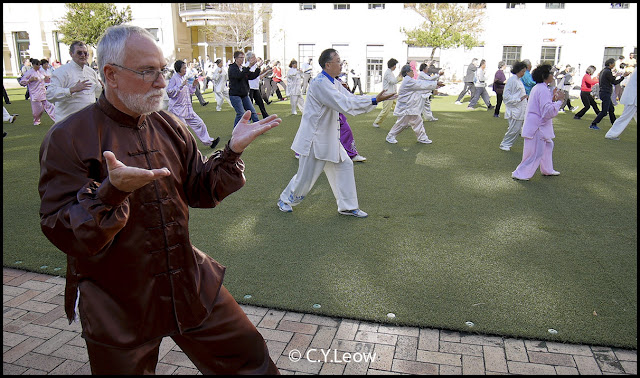 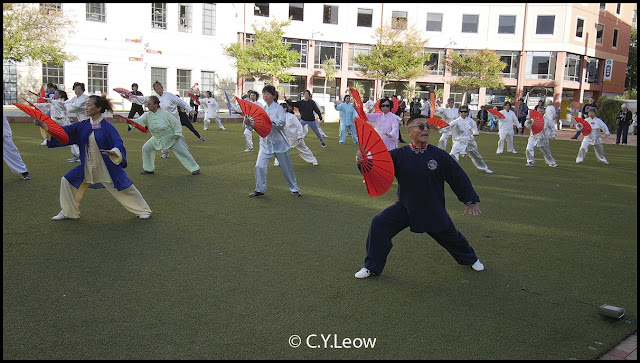 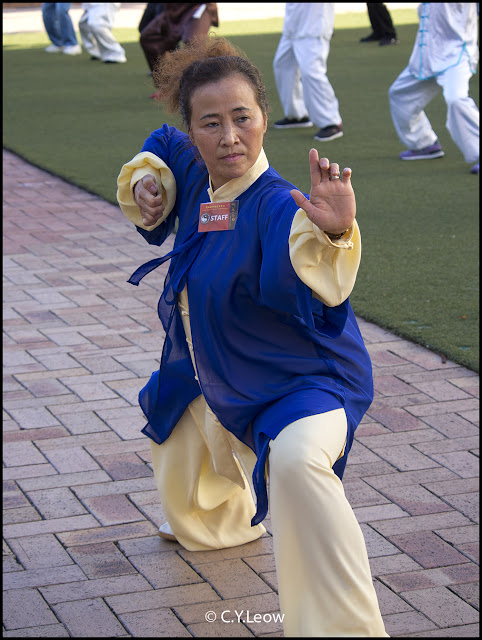 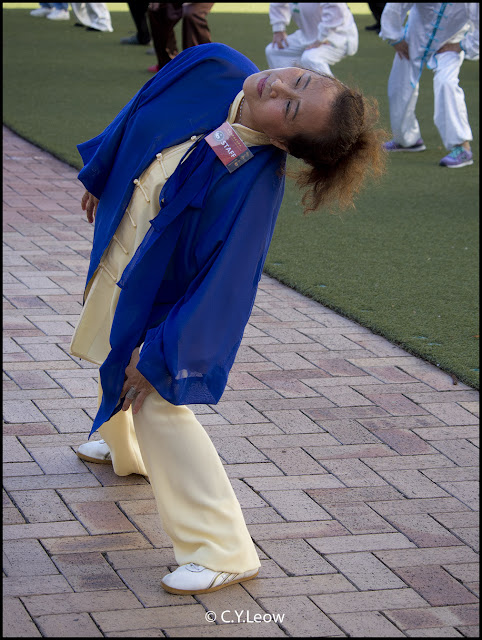 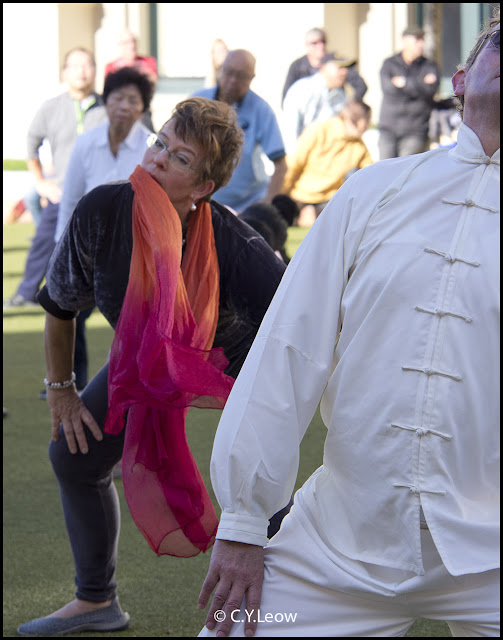 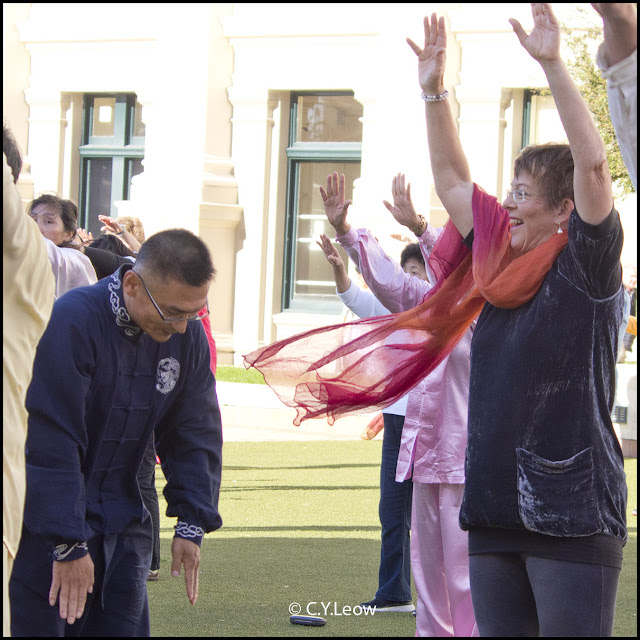 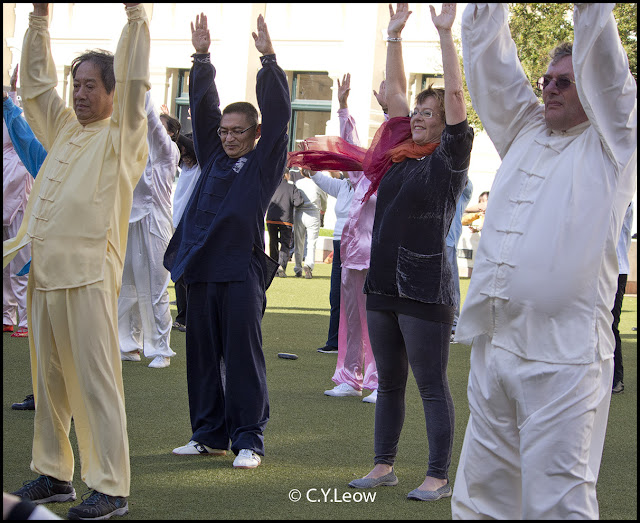 "That was fun - gentle, calm and  left my spine rejuvenated!"

In the video. an inconsiderate woman went in front of my tripod mounted GM1, blocking my view! 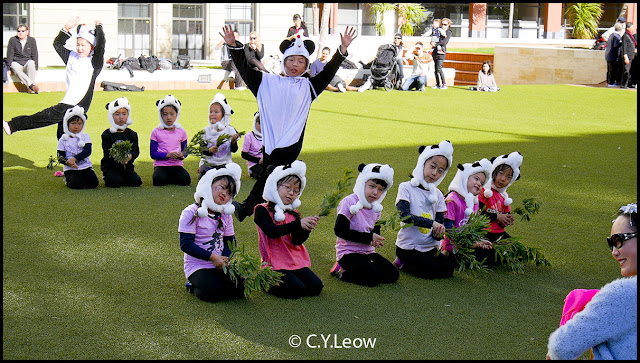 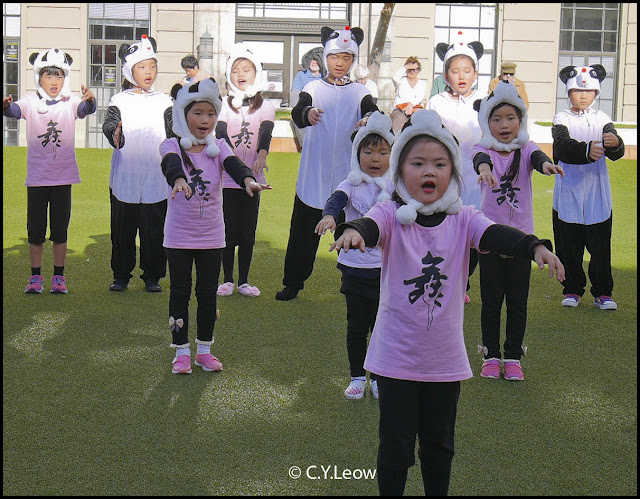 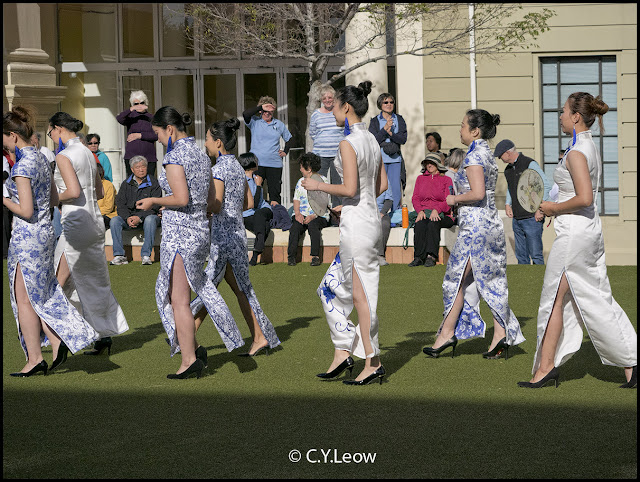 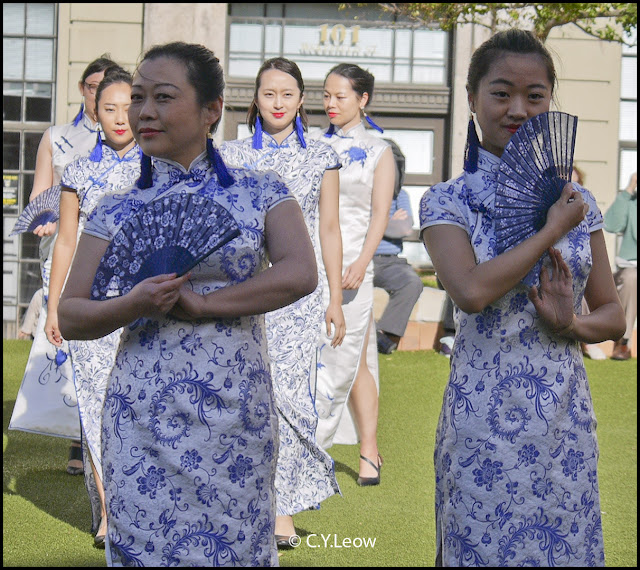 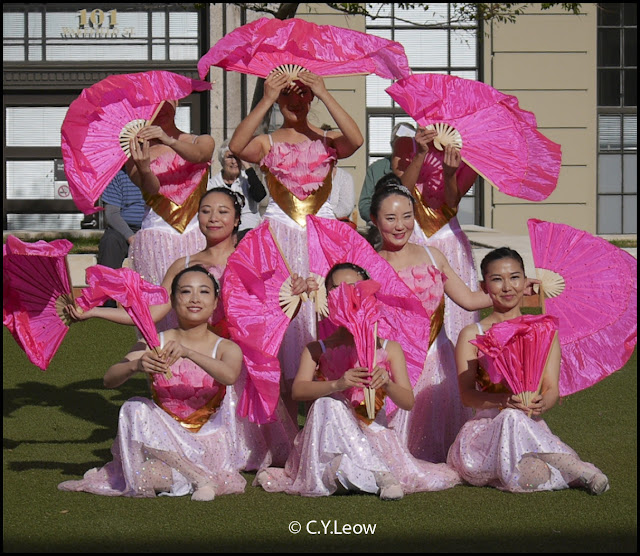 Other pictures taken by Le General... 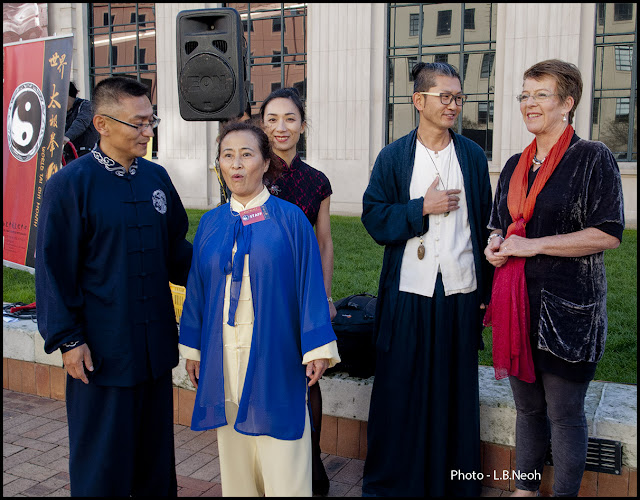 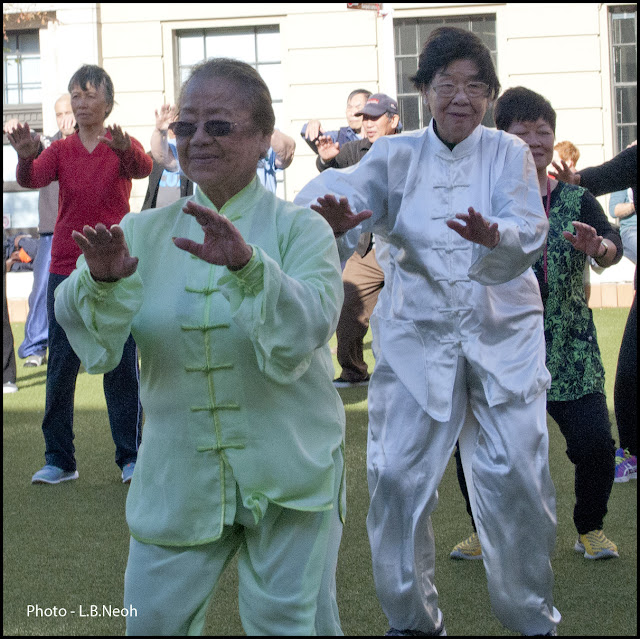 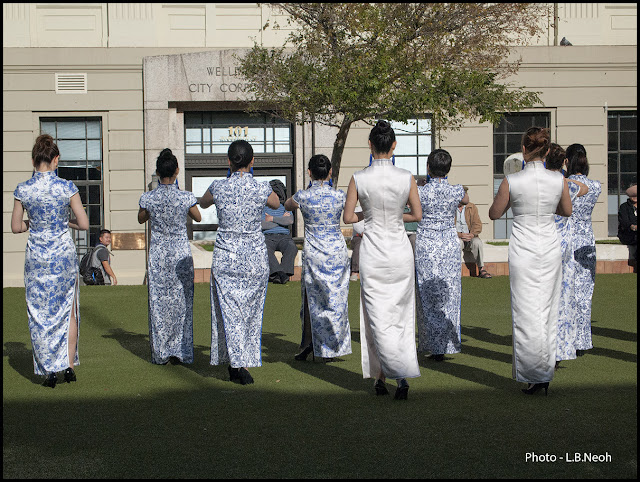 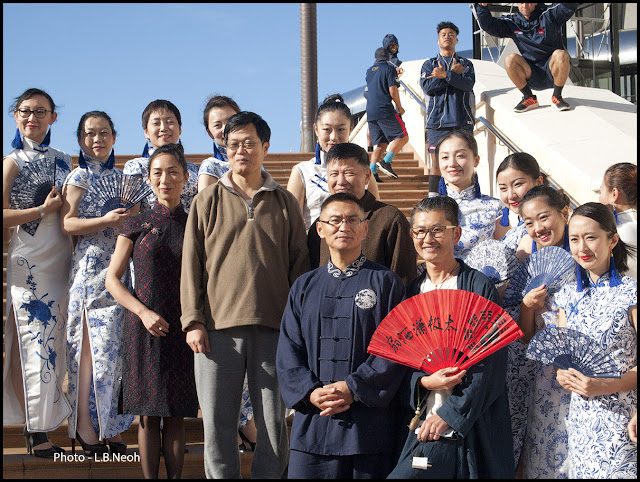 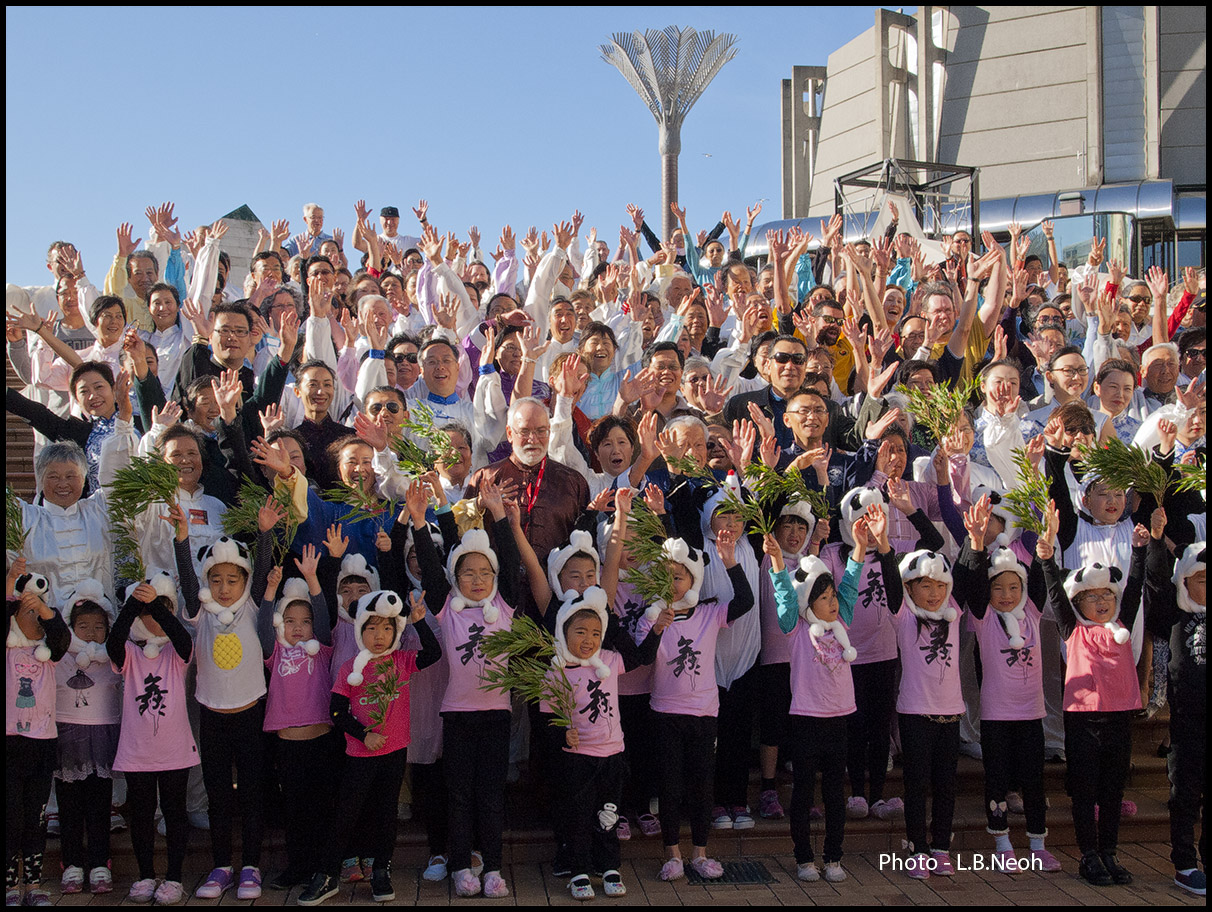 Most of the videos were shot with the little GM1 which also allow me to "grab" some JPEG frames.

The video from the OM-D were very disappointing, so I ended up using it for stills, mainly with the Lumix 7-14 and 45-175.

Le General was using the old E-P2 all that time and she was complaining how heavy it is!  It is HEAVY, but that camera is 5 years old!

Light at the Civic Square, from 9 am to 12 noon was harsh, half of the square was strongly lit by bright sunlight, the other half was in heavy shade. The M43 dynamic range were coping well but I wonder how all those mobile phone videos turn out!  I doubt their tiny sensors were able to cope with the harsh illumination!

You noticed how strong the wind was blowing in the videos and I wish there were less shakes in the videos, the 2 axis OIS in the GM1 kit lens was struggling, I wish I had the Lumix GX85 with TWIN I.S., I was dreaming :)

I shall do better next year!

I would like to thank Master Victor Zhang of the China Cultural Centre in New Zealand giving me the opportunity to record this event!
Posted by cy.leow at 9:09 PM