Nyonya food at its best, in Auckland ?!

Yesterday (2 Oct 2009) I was informed by Charles and Janet that they are closing Sri Intan effective 11 Oct! To all their fans they are offering special $250 for ten table which showcase TEN of their best Nonya dishes! Adios Sri Intan, you will be missed!

The General and I were in Auckland sending off her sisters back to Malaysia, we decided to hang around Auckland for a couple of nights to catch up with friends.

The last time we met up with Charles and Janet in Auckland was in March 2007! Janet introduced us to the Gyuto Monks and I wrote about them in "An Enlightenment Journey" in my old blog.

This time round we are very excited to savour their latest creation, some named it "the most authentic Nonya cuisine in New Zealand"!

Charles and me go back a long way, he was the News Editor and I the Picture Editor of The Star in Penang, way back in the 1970s! We covered some serious news jobs together :) 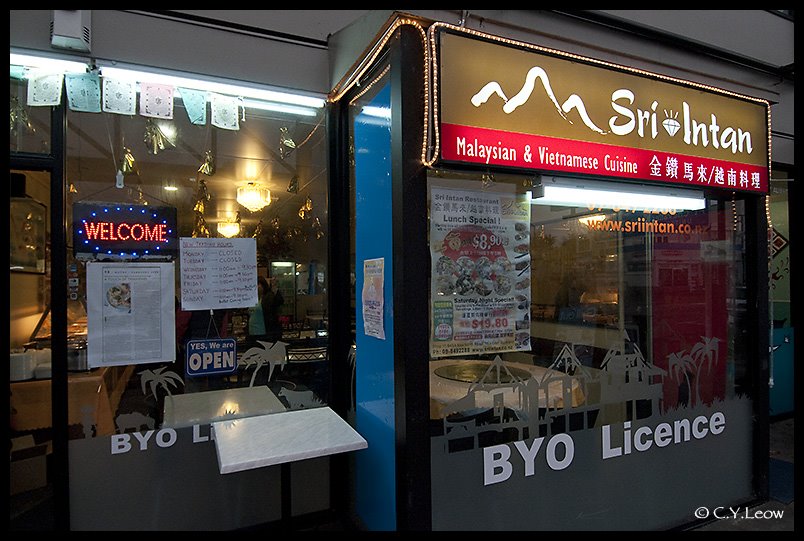 The shop front is straight forward Malaysian "favour", if the design do not impress you; it is what being served inside that make you salivate!

When we were there, they are having a buffet night.

Look what are on offer!

That is not counting a delicious Soup, various Dessert, Fruits AND colourful Nonya Kuih! 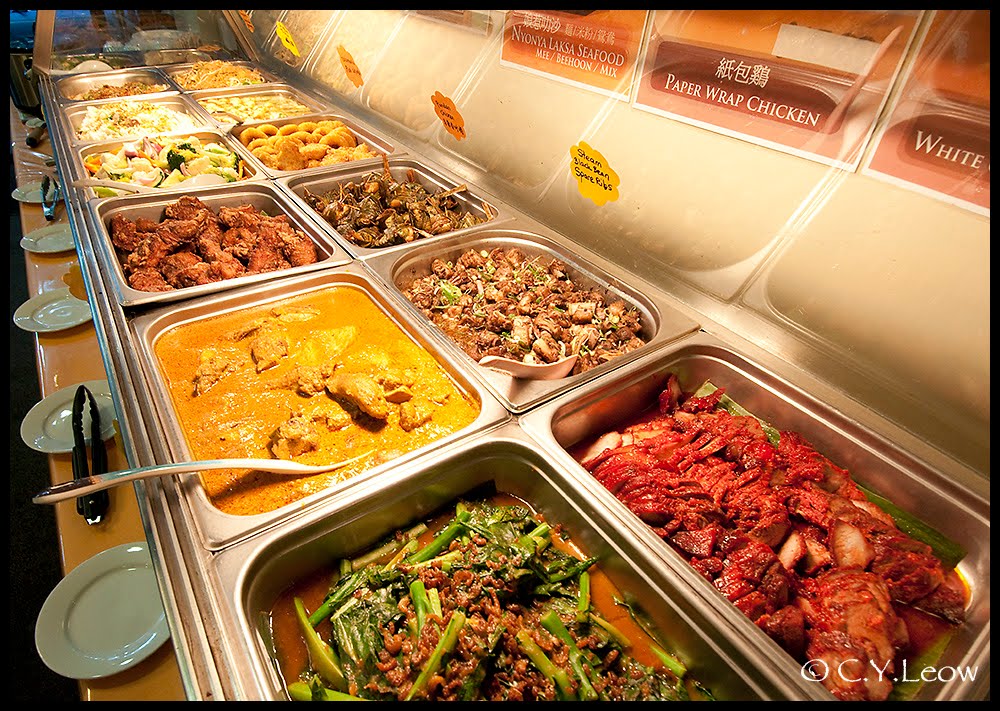 
But if you are a die hard Nonya food lover, you MUST savour Janet's Otak-otak! This delicate steamed soft fish mousse made by mixing fish paste (usually mackerel but Janet used a whole fresh terakihi) with a mixture of spices including chillies, garlic, shallots, turmeric, lemon grass and coconut milk. The mixture is then wrapped in a banana leaf that has been softened by steaming, then grilled or steamed.

Janet's otak is like no other because of the fresh "daun kadok" leaves she included in the fish cake! 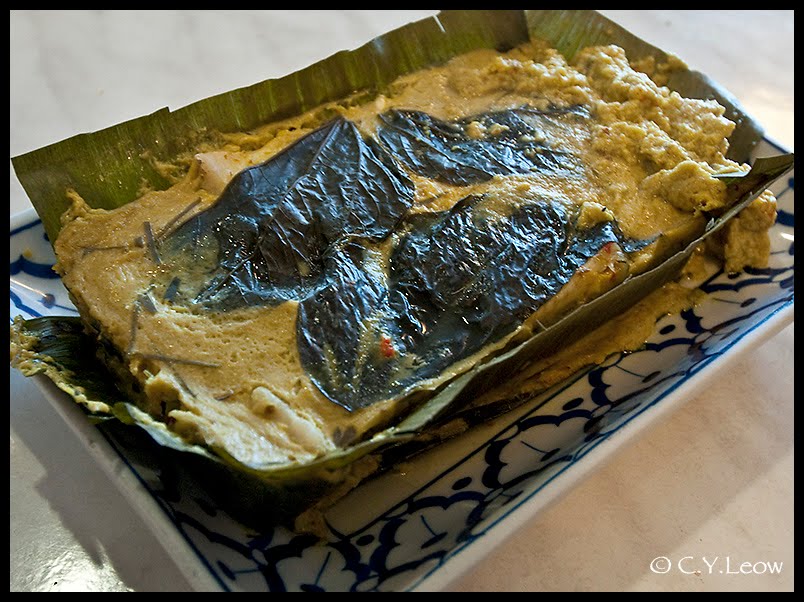 You must pre order the otak from Janet though, she can only make up to ten otak a day.

Another two favorites we Penangites die for are "popiah" and Hokkien prawn mee!

You cannot make "real Penang popiah" without jicama (known locally as bangkuang)! Charles and Janet import theirs from Vietnam! 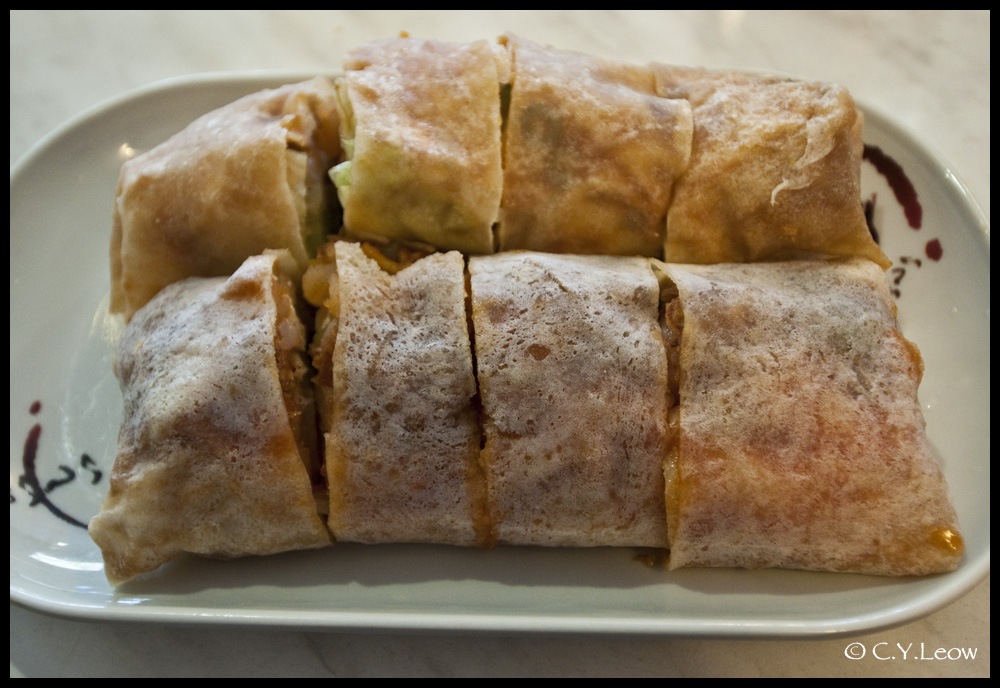 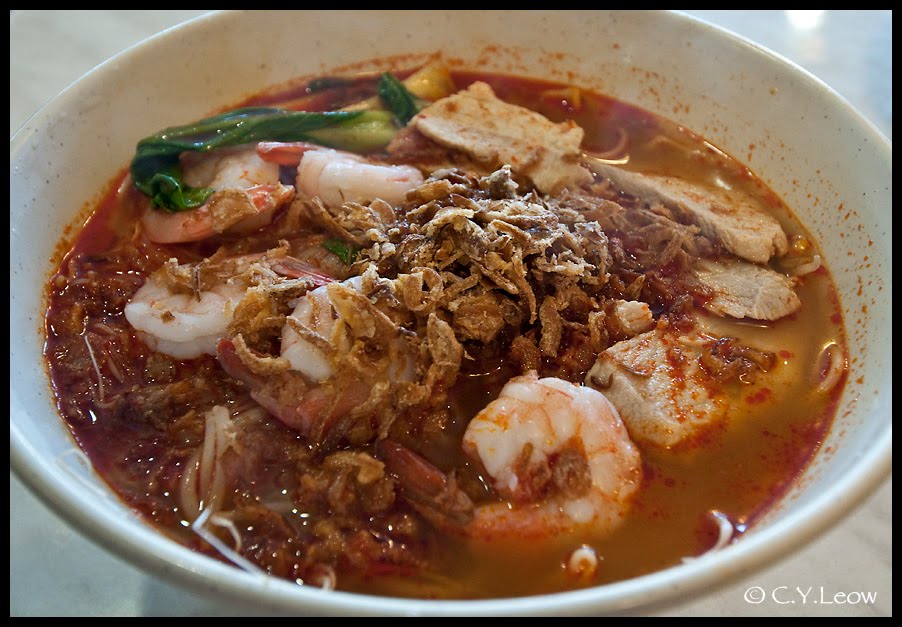 What about the story? Oops... here goes: 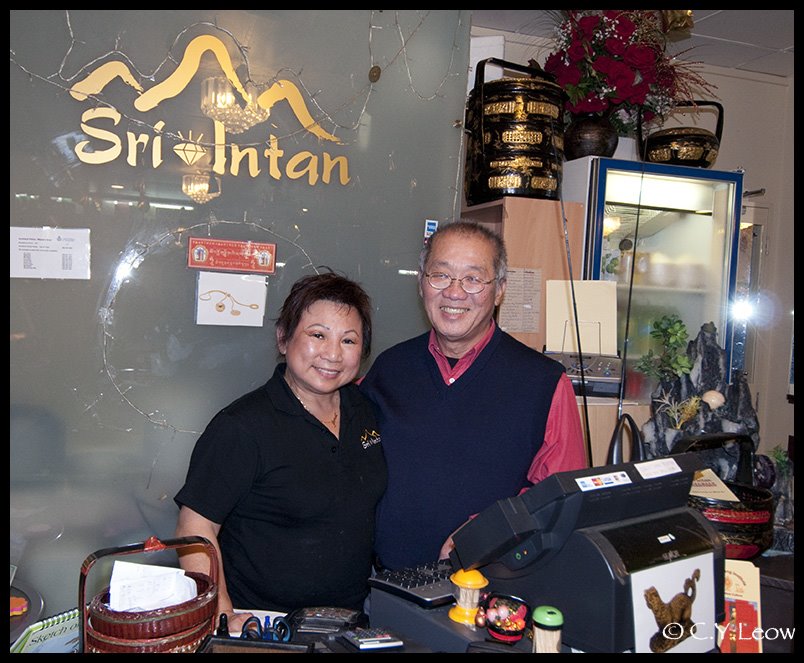 The Sri Intan story…Nyonya food at its best

Sri Intan Malaysian Restaurant is the brainchild of Janet Tan, a Penang-born woman who has been living in Auckland for the past 21 years.

Not satisfied with the quality of Nyonya food served by other Malaysian restaurants in Auckland, Janet decided to start her own restaurant specialising in Penang-style Nyonya food.

Initially she encountered difficulties finding a location for the restaurant. It was her husband, Charles Chan, a retired journalist and former Associate Editor of the Malaysian newspaper, The Star, who took over an existing restaurant in December 2007 while she was on a vacation in Guangdong, China.

He called her with the news: “Come back, you have a restaurant to run!”

It was a Vietnamese restaurant but in the space of two weeks, Janet turned it into a Malaysian restaurant.

Her aim was to offer Aucklanders the best Nyonya cuisine in the city and, judging from the enthusiastic feedback of customers over the past 18 months, the goal has been achieved.

What makes Sri Intan stand out is Janet’s insistence on using the right ingredients for each particular dish.

“I will only make it with bangkuang as the main ingredient, not use substitutes like swede, cabbage or turnip like some other restaurants do,” Janet said.

“I have an arrangement with an importer to bring in frozen bangkuang from Vietnam by the crates for my restaurant,” she added.

Many Malaysians and Singaporeans who heard about Sri Intan from friends were delighted to find restaurant serving food that provided a nostalgic connection to their countries of origin.

Likewise, more and more Kiwis are learning to enjoy Janet’s Nyonya cuisine. A major endorsement of Sri Intan came from the Auckland Gourmet and Grape Society which last year booked up the restaurant to introduced its members to Nyonya food.

Members of this all-female society sat down to dinner and after each course, one would stand up and give an assessment, describing how its flavour was derived from a combination of sauces and spices, as well as recommending which wine to go with it.

Sri Intan is a BYO restaurant and its emphasis is to provide families with a place to enjoy home-cooked style food in a friendly environment. It offers a buffet dinner on Saturdays and Sundays.

Oh... while there you can also mention you come to know of Sri Intan from my blog :)

Really surprise to see Janet and Charles are having their own restaurant, but good to hear that they are specialize in Penang Nyoya food. Remember those days when I worked at the Star in Penang in 1971, we use to play bowling together. Thanks for CY to introduce them in his blog so next time when the Malaysians are in Auckland, they know where to get their "makan" if they feel home sick. Hehehe, nice to know that Janet and Charles are doing this to make Penang people proud. Just curios, ada "Lawpak"-kah?

it all looks so yummy!! It`s a pity we didn`t know about it last time we went to Auckland, It`s in a nice location too. Mt Albert is my favourite part of Auckland.I always admire people like that couple who manage to thrive in such a competitive environment. They obviously work hard and have plenty or imagination and..... resourcefulness,which is a quality immigrants seem to have in abundance,,,and is sadly lacking here amongst Kiwis.