Fast rewind to 1995, I was working as a Picture Editor in Singapore.


In 1994,  professional digital photography was more or less dominated by Kodak and Nikon finally realise the needs of photojournalists/publisher's demand for such tools in professional photography! This prompted Nikon to take an initial effort in developing their fist DSLRs. 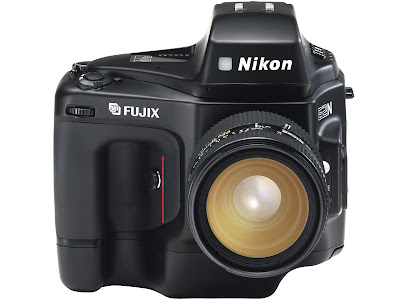 "Nikon quietly teamed up with their countryman, Fuji Photo Films Co. Ltd. in developing their first digital SLR body which used Nikon system as the frameworks.

The partnership made a lot of business sense as both can share the initial high cost in research and development for such a new untested product in the highly competitive market place.

So, the birth of the E2/E2s was not entirely coincidental as Nikon mentioned in their literature "... E2/E2s were co-developed with Fuji Photo Film Co., Ltd. All names of companies and products are trademarks or registered trademarks of their respective holders. Specifications and equipment based on November 1995..." and it explained partly why the camera also bear a "Fujix" name tag on top of the hand grip section."


Nikon Singapore was trying to sell the E2 to the paper, they loaned me a unit to play with for two days.

The portrait of little Natalie Chin was taken with that Nikon Fujix E2 camera. 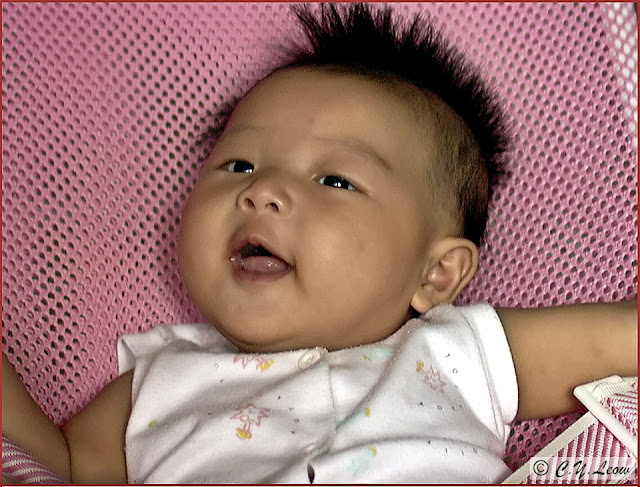 Just as well I recorded down the exposure data!

I am amazed how smooth the skin tone is! And the E2 was only 1.3 mega pixel!

The result compared well to a picture of Natalie taken a year later, on Kodak colour film. 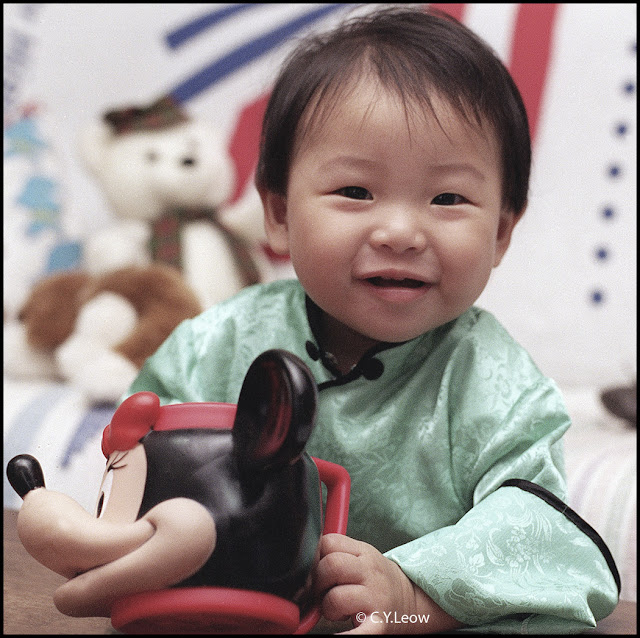 We were baby sitting Natalie when I was working in Singapore. She must be a young lady now! Are you reading this Natalie? Thanks for the memory!

I only have chance to shoot two portraits with the Nikon Fujix E2, they were shot indoor at our office with overhead fluorescent lamps. 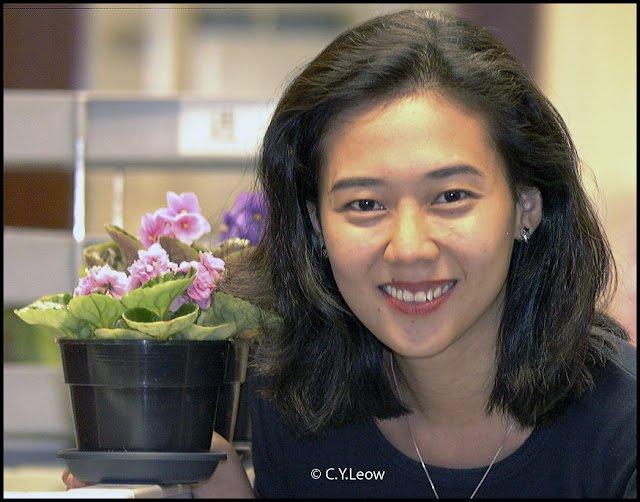 For unknown reason, there was a scan line on the top left of the first shot!  The CCD did not handle highlight very well, highlight detail on her forehead was pretty blown. 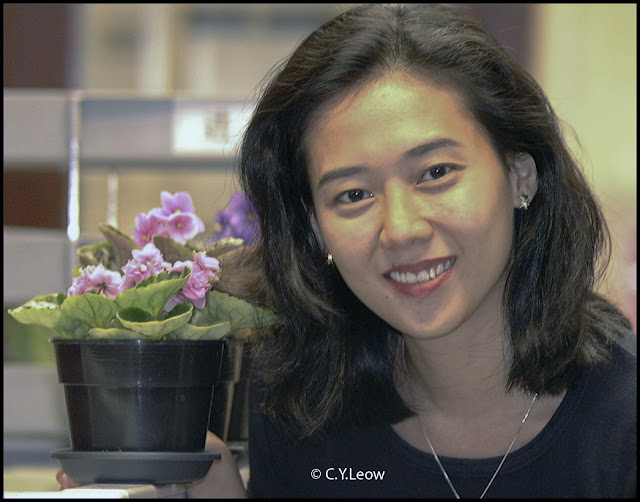 Second shot was scan line free, the skin tone was not very natural but that could be the make-up she used; look like the earlier CCD do not response well to "make-up highlight" ;)

In my other posting on this early DSLR you can see how this Nikon Fujix response in the field.
Posted by cy.leow at 12:50 AM

Hi, finally I got myself landed with Panasonic 7-14 wide lens. It is indeed a great lens! Just want to say thank you very much for your review and the sample images you posted in your blog [ and also answering my questions earlier ]. I really appreciate it :)