We (I, Le General, Ming-N, May-N and Lamont) woke up at 3 am to catch a "taxi van" at 4 to London Gatwick airport. Gatwick has the world's busiest single-use runway and this is where no frills EasyJet will take us to Rome. 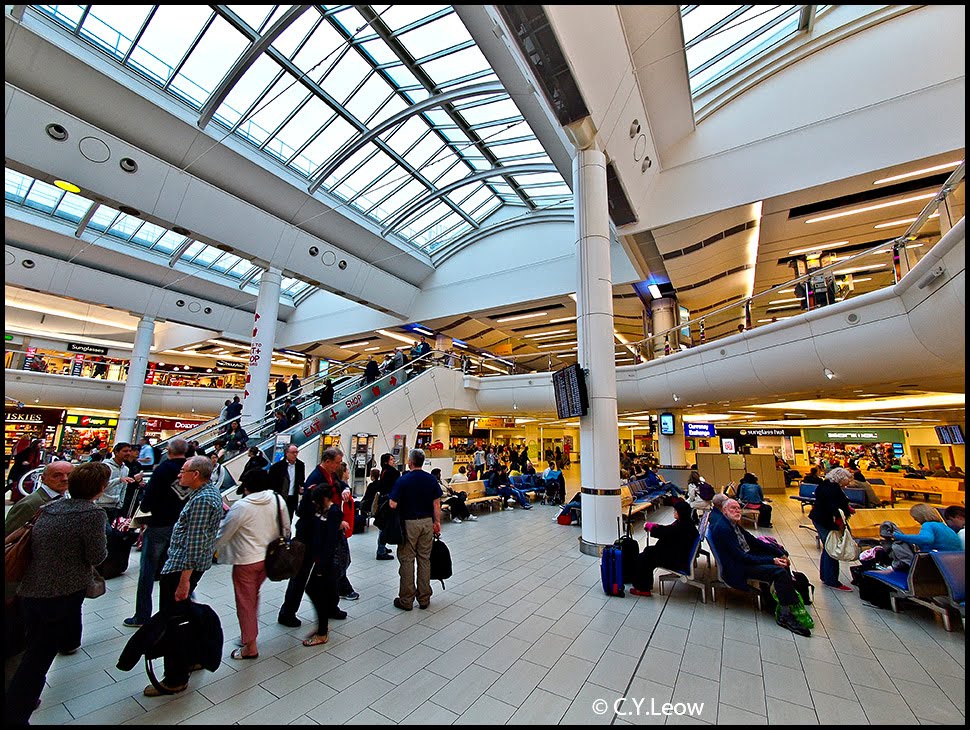 Our plane landed at Rome Fiumicino at 9 am, according to Wikipedia; "Fiumicino is a town and comune in the province of Rome, Lazio, central Italy. It is famous for the presence of the Leonardo da Vinci-Fiumicino Airport, the busiest airport in Italy and the fifth busiest in Europe." But where are the crowd? ;)


From Fiumicino we took the Leonardo Express train for a one hour ride to the Termini Station in Rome. From there we took a bus to our rented apartment near the Vatican City.

How do you find your rented apartment in a strange land? Why, with a hand-held GPS that Lamont brought along! 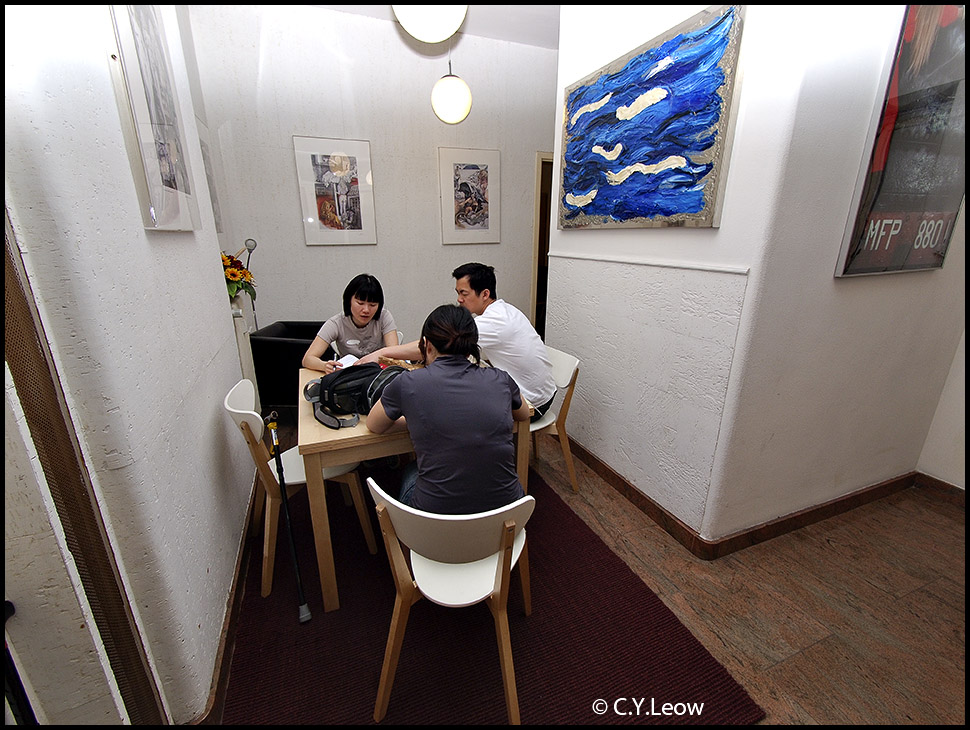 The three young one planning "do what the Roman do" in the very tight "dinning room" at our apartment. 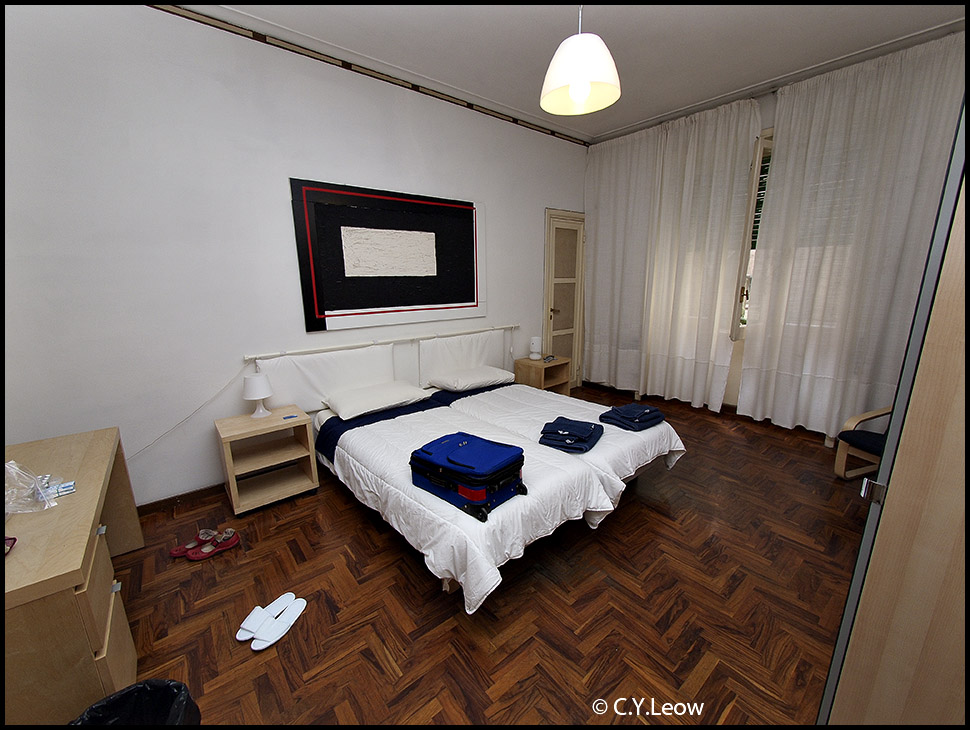 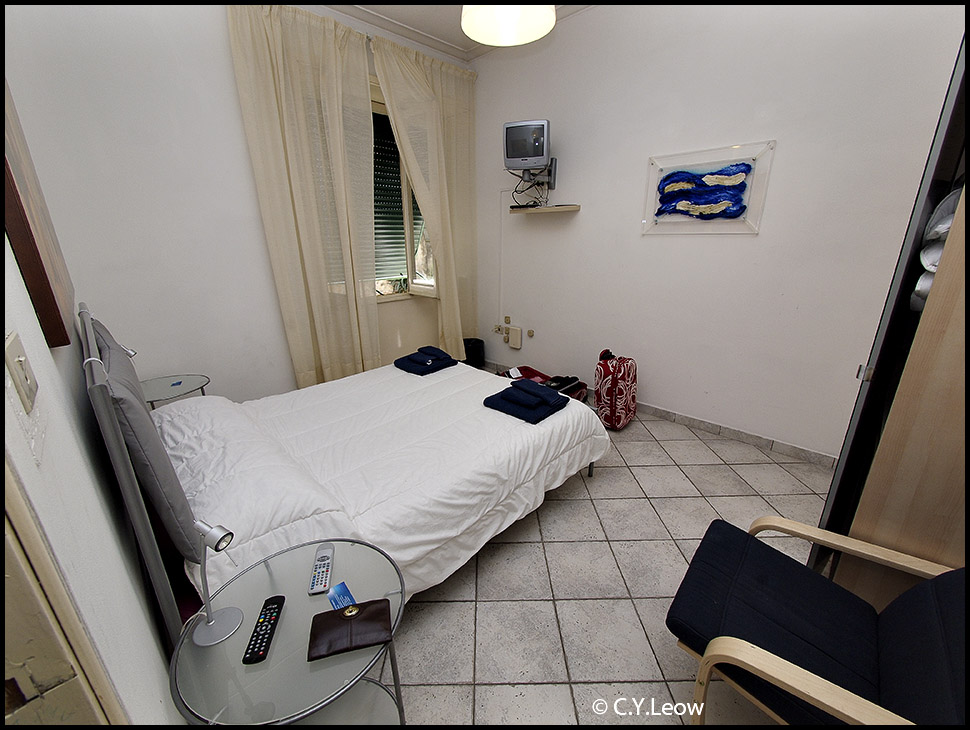 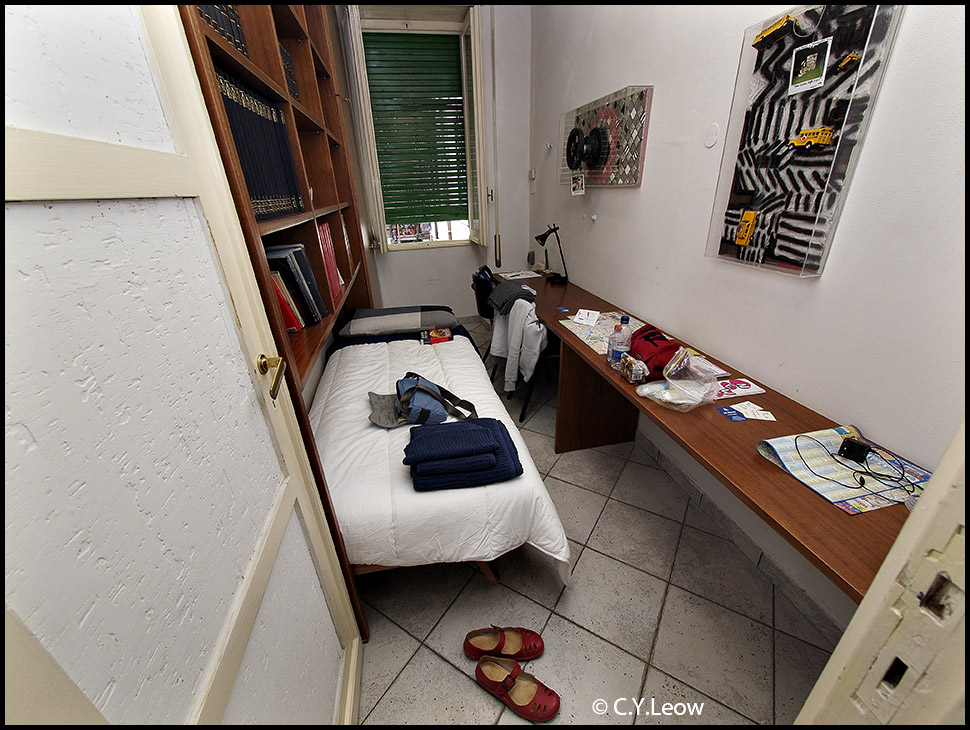 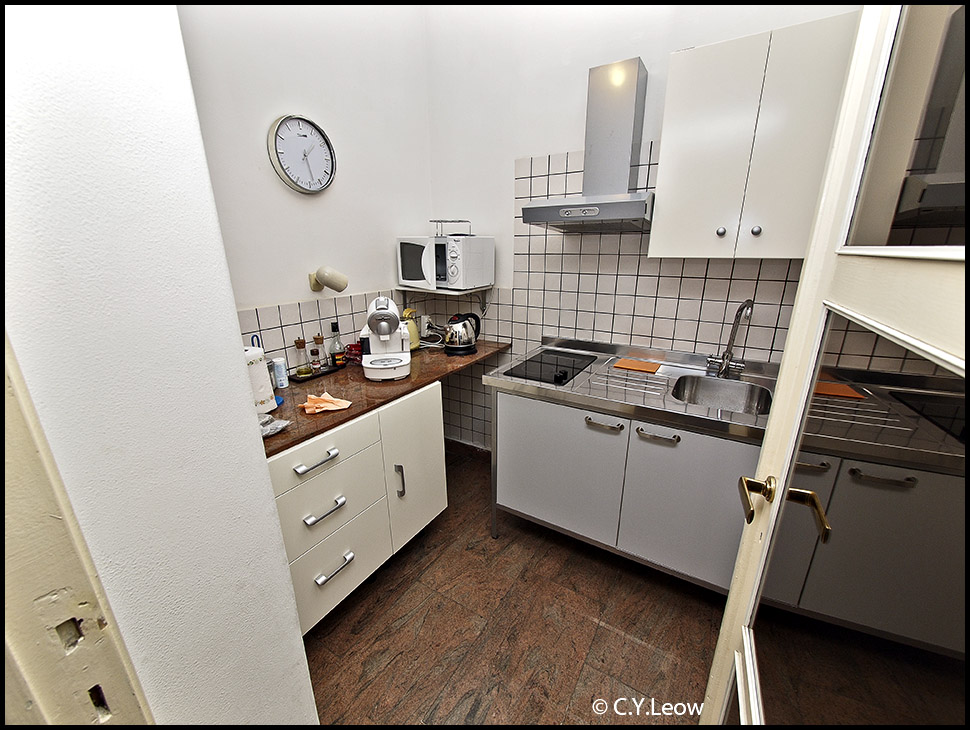 Italian job...the three bedrooms and the kitchen in our marble floor apartment in the Vatican City. Cool, literally ;)

So when in Rome, where did we go?

Many years ago I told myself I must visit the Colosseum after I watch in awe when Bruce Lee fought Chuck Norris in "Way Of The Dragon", so here we are at this ruins which some considered one of the greatest works of Roman architecture!

Was I impressed? A colossal "YES!", just the size of this ruin will stun you! you cal look at photos and watch movies about this piles of rocks and mortars but you got to be there to be mind boggled! 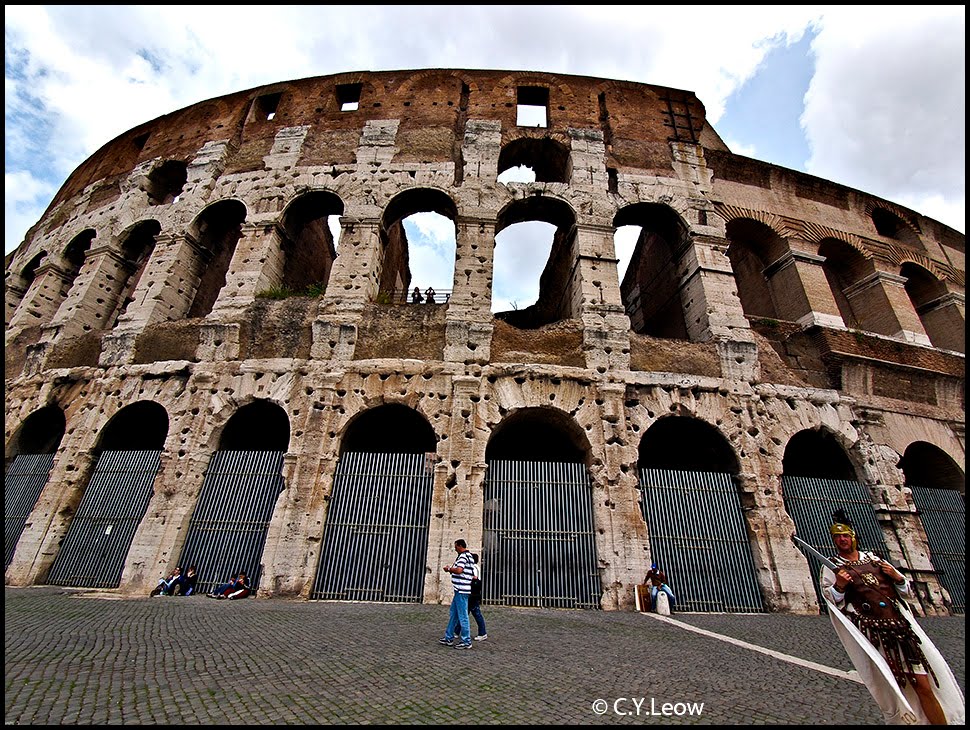 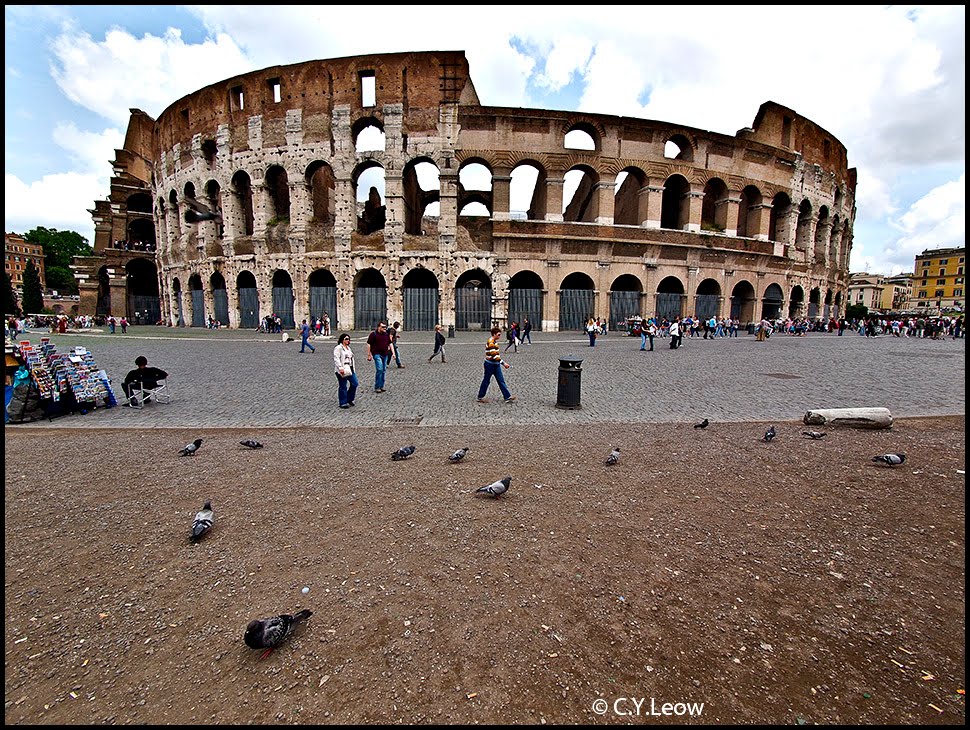 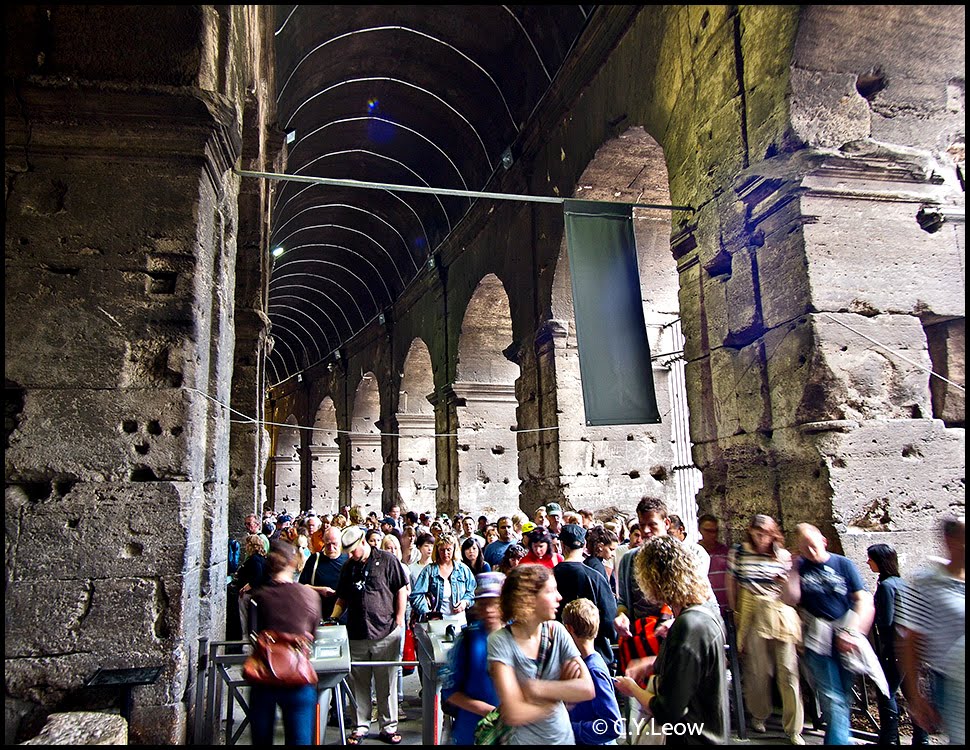 Thousands of tourists came to this major attraction in Rome. 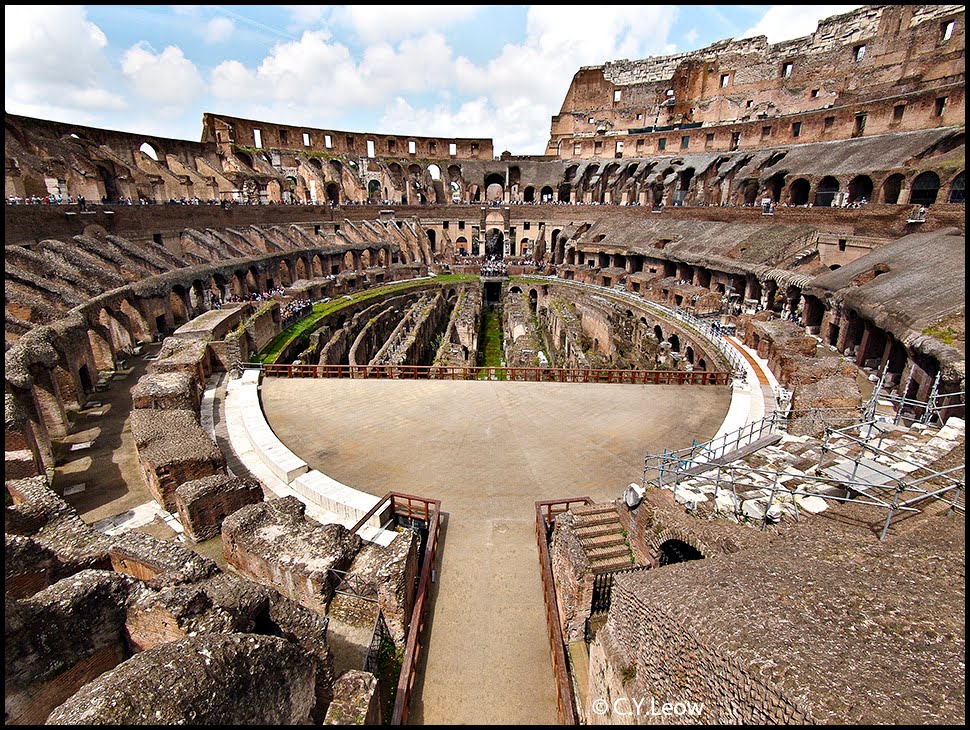 The Colosseum arena, showing the hypogeum. The wooden walkway is a modern structure. 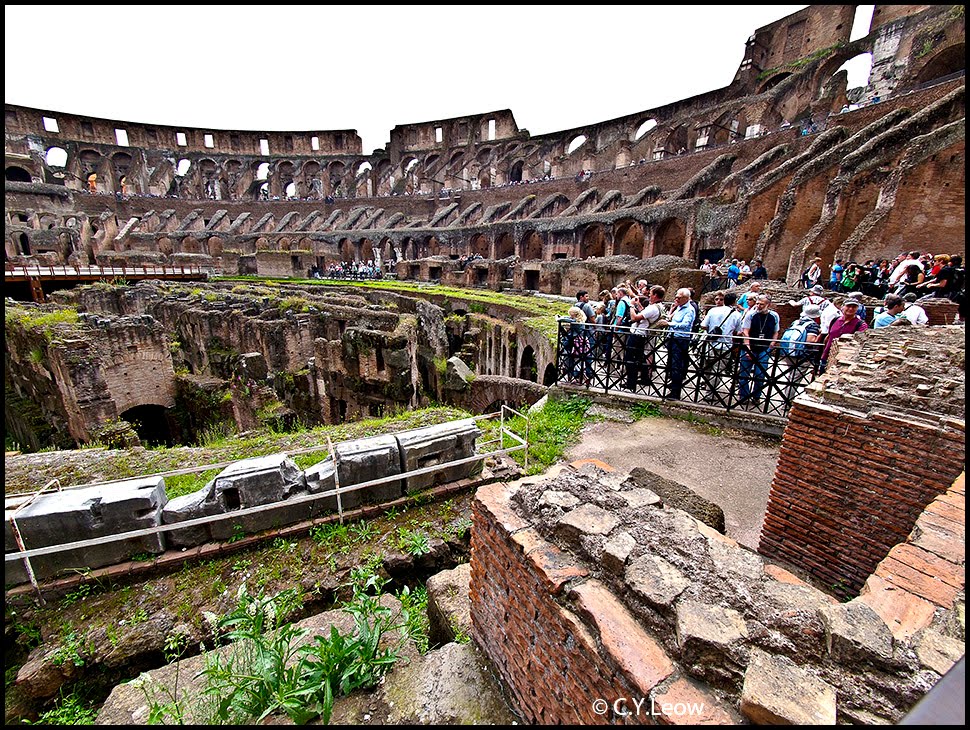 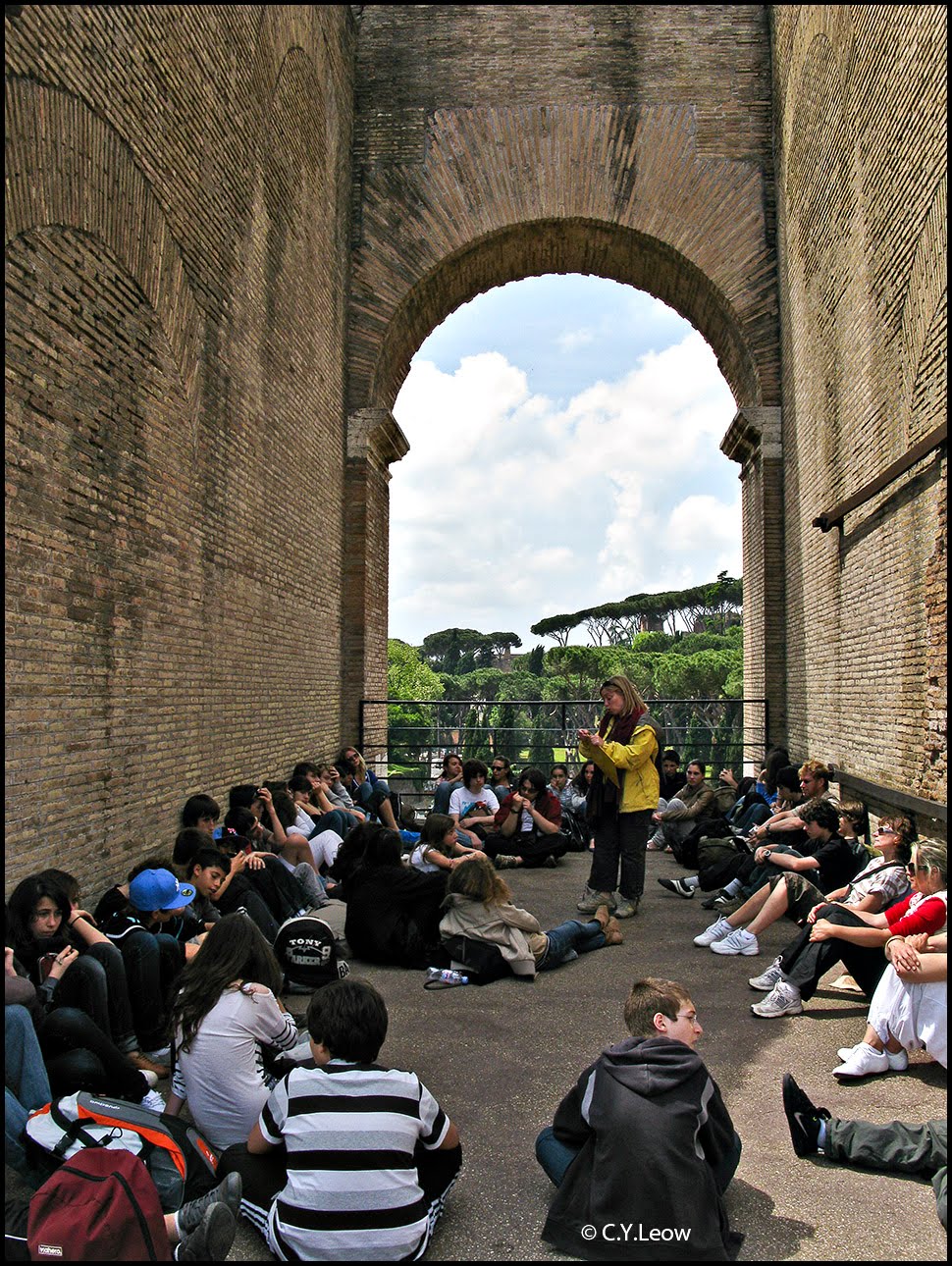 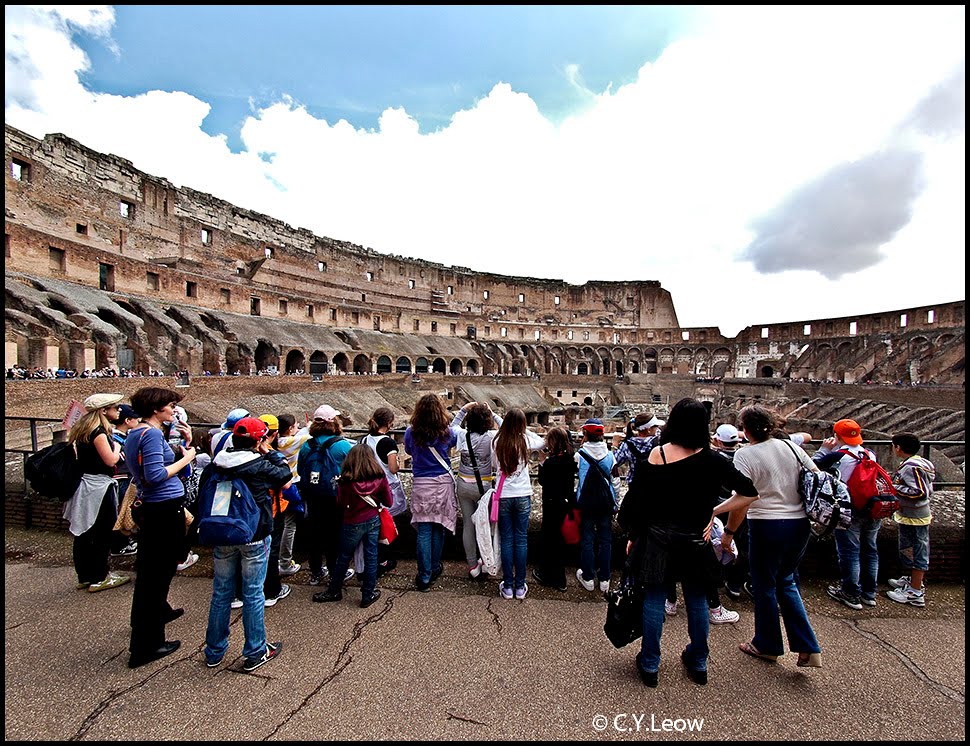 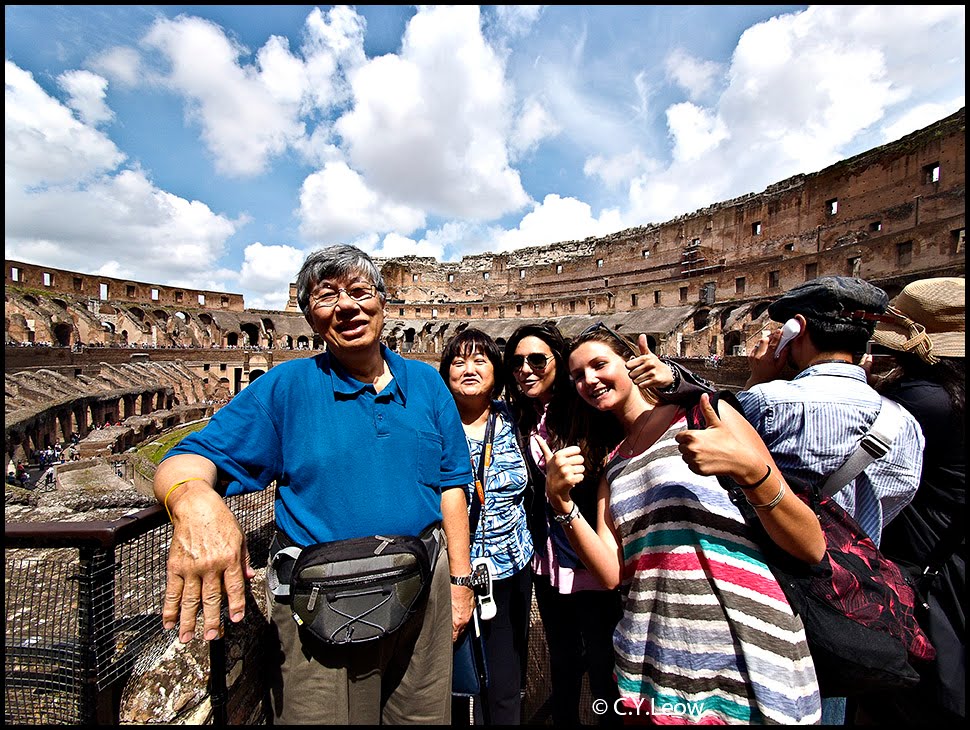 Friendly French students posing with us :) 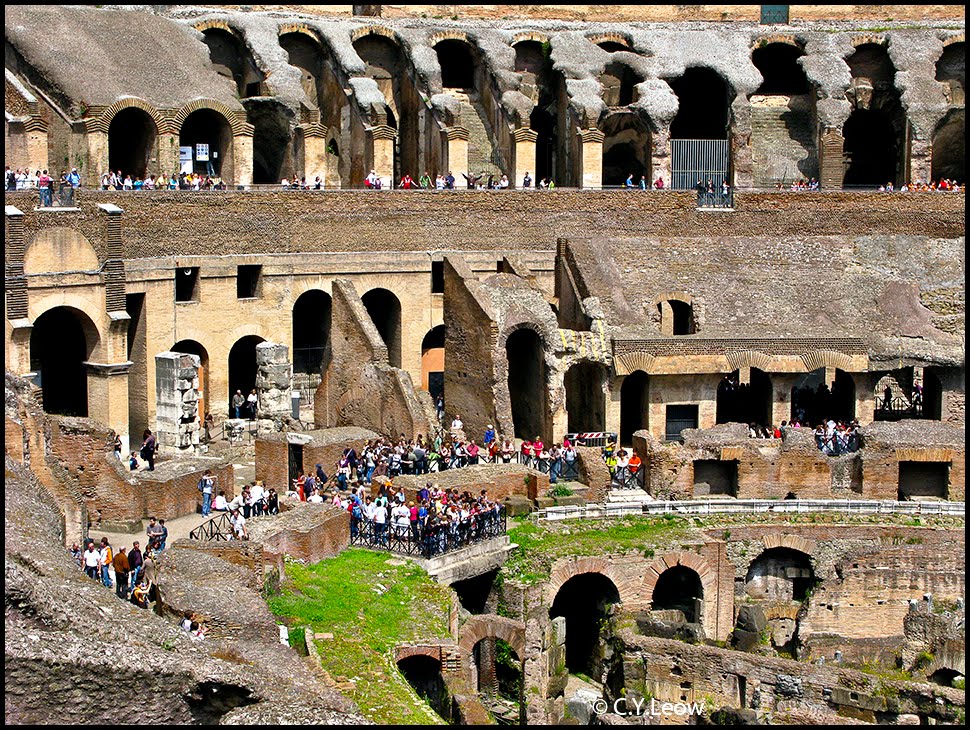 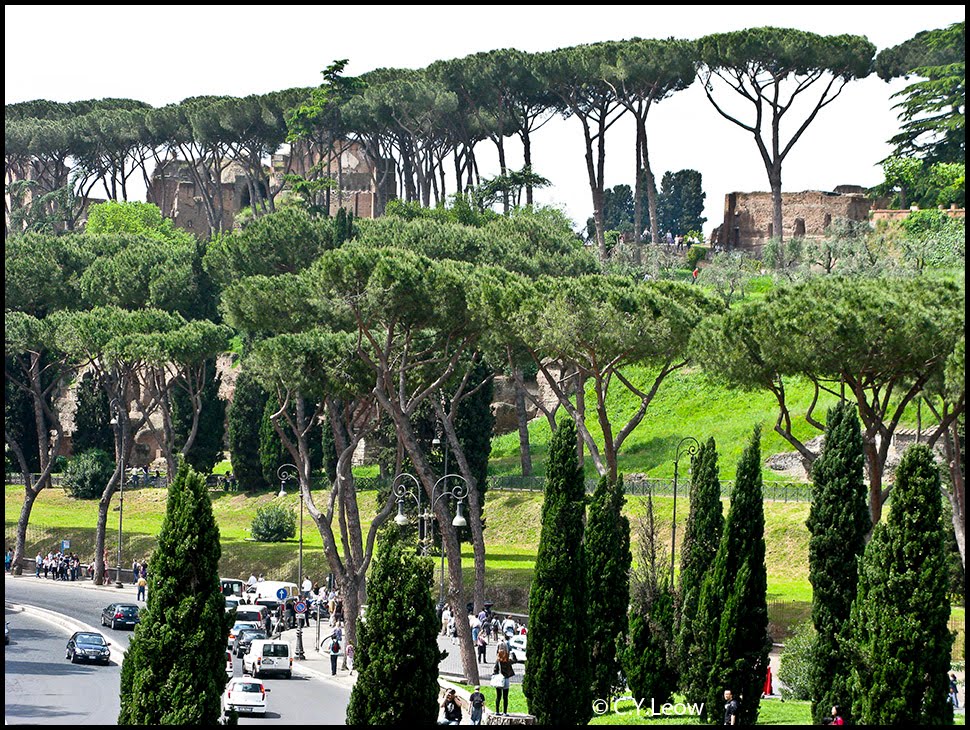 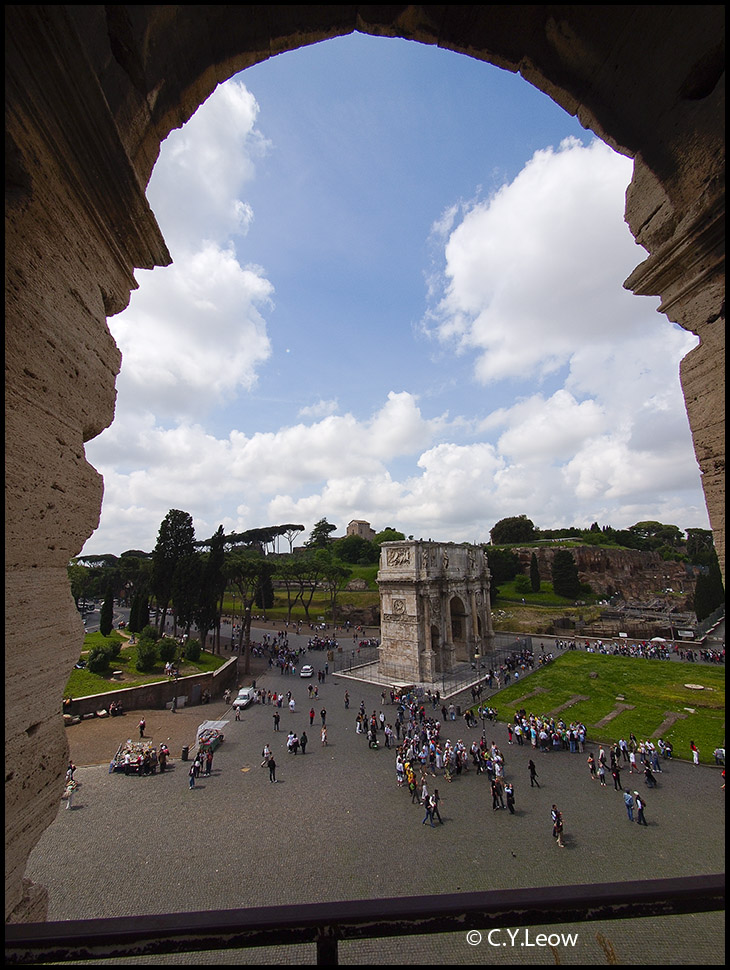 More views from the "top floor" of the ruin. 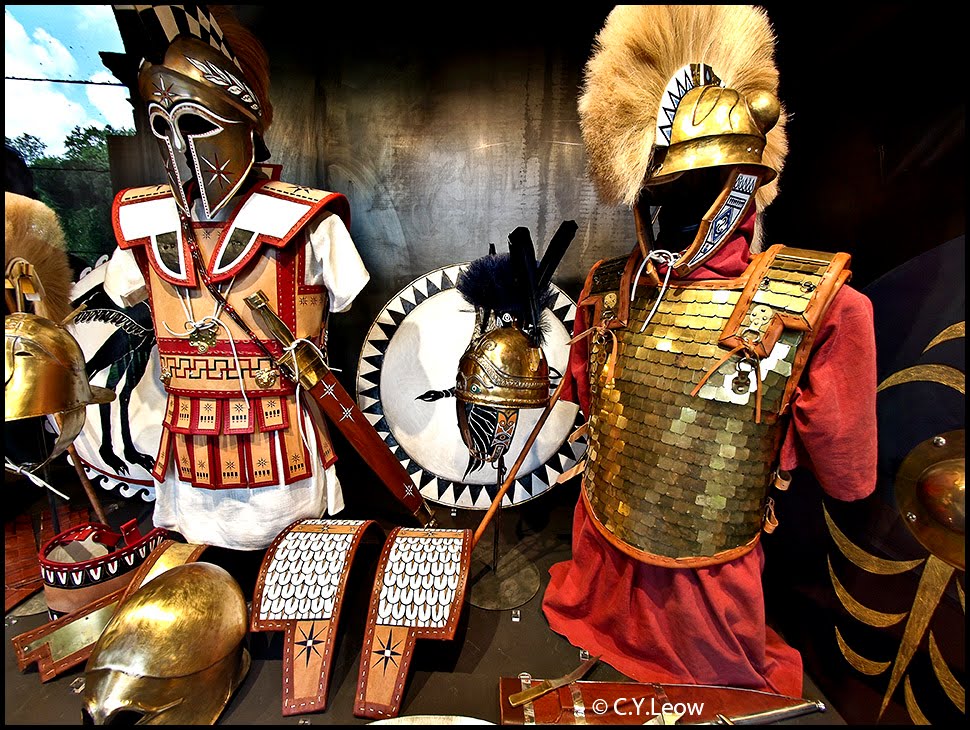 Roman fashion during that time, colouful people; the Romans ;) 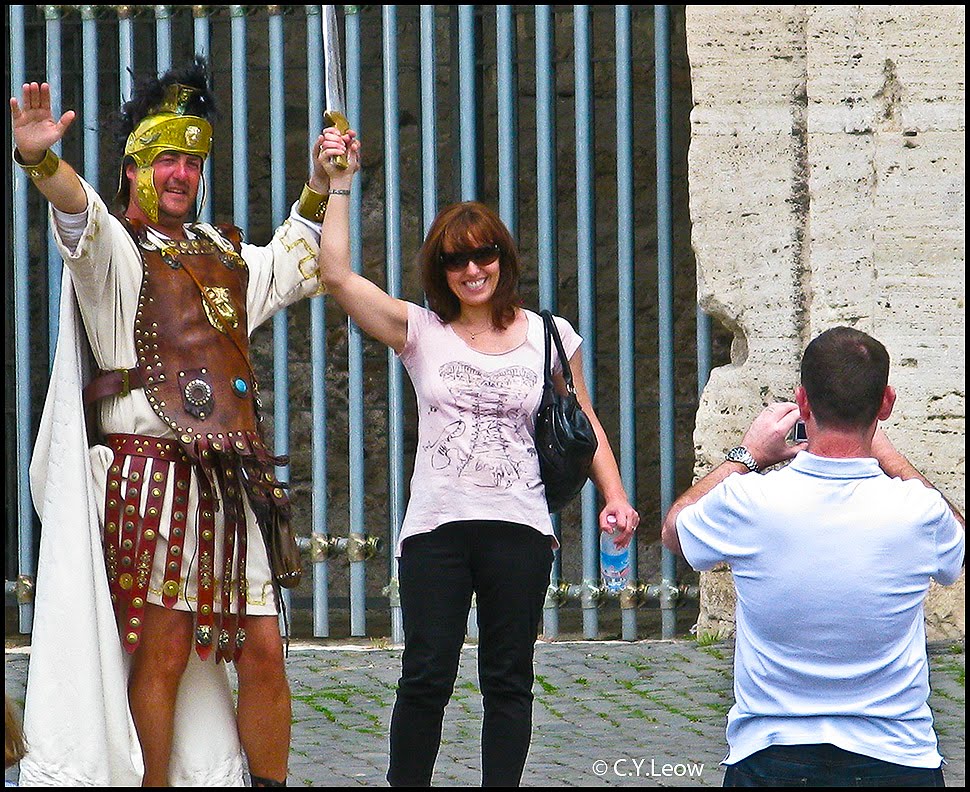 Alexander The Euro, posing with The Great will cost you a few Euro; hard work to be under the hot sun with those heavy helmet! 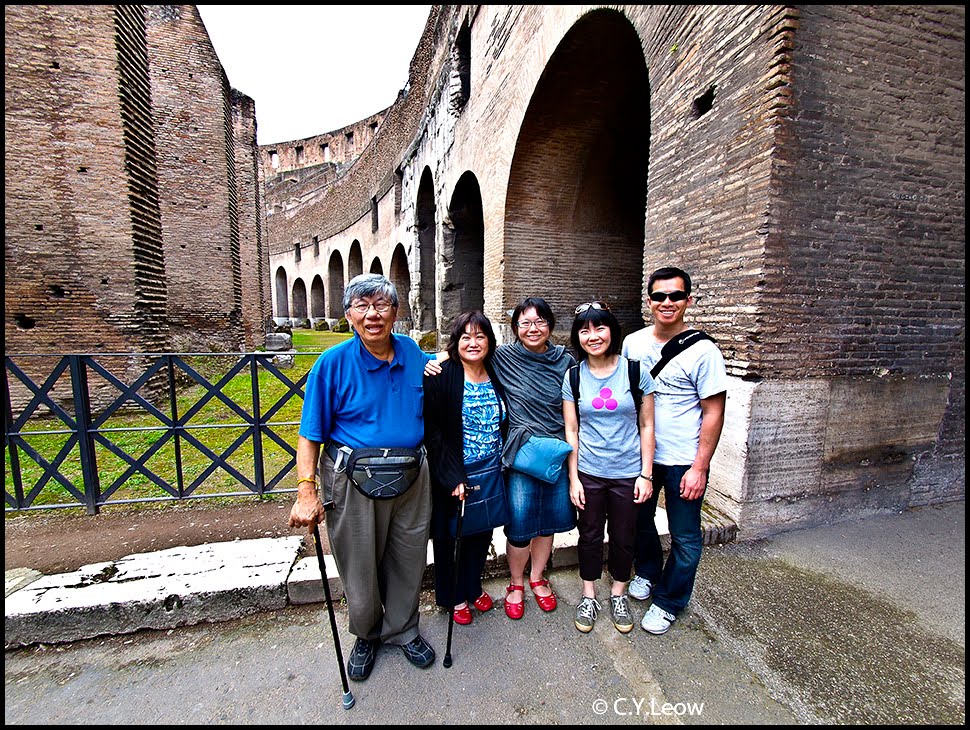 All in the family... a kind tourist snapped this happy shot of us; thank-you who ever you are :) Notice them walking sticks, you wish you have them in Rome; cobblestones road are hard on your knees!

The day after we were at the Colosseum I read a news that three pieces of motar, measuring half a square meter collapsed in the amphitheater and went through a protective netting!

This is the latest in a string of collapses in the forum which raises fears about visitors safety.

So what are you waiting for? Go! 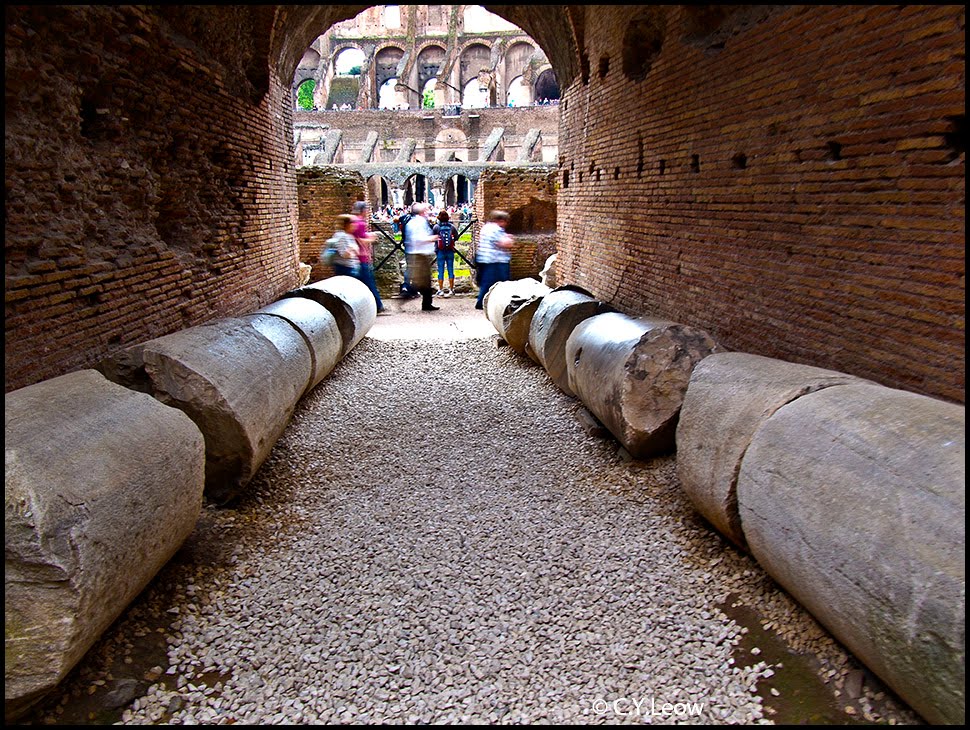 The Romans were masters of architecture and they ruled the "world" for several centuries.The Colosseum is a masterpiece! How spectacular to be there and takes photos!
I like the idea of the handheld GPS.
Better than carrying around maps which only befuddle and confuse even more.

Maybe the falling pieces of mortar were caused by the ghost of Bruce Lee one inch punching his way through a wall. ...i'm really envious! I can't wait to go back and do what the Romans do.

Na the GPS is cheating. Getting lost in a strange city is part of the fun!