After seeing what I shot on our recent Europe trip, I was asked what are the best cameras for travel.

The trouble with such question is that everyone have different requirement and travel destination! So let me just tell you what made me bring for my last trip.

In 2010 a good travel camera will have the following quality:

1) It must be relatively light weight.
2) Take interchangeable lens.
3) Digital, with video.
4) Larger sensor than a point &amp; shoot.
5) Able to shoot RAW.

Well, all my film cameras; including my Leicas are OUT!

Point 1) is very important because we had been warned by May-N that there will be A LOT of walking! Last thing you want is to lug a heavy DSLR and lenses while you try to break the 200,000 steps per day record in London!


Mind you, I was at home with BIG lens and heavy SLR all my working life! I remember in horror that I was lugging nearly 30 Kg of camera gear at the K.L. Commonwealth Games! 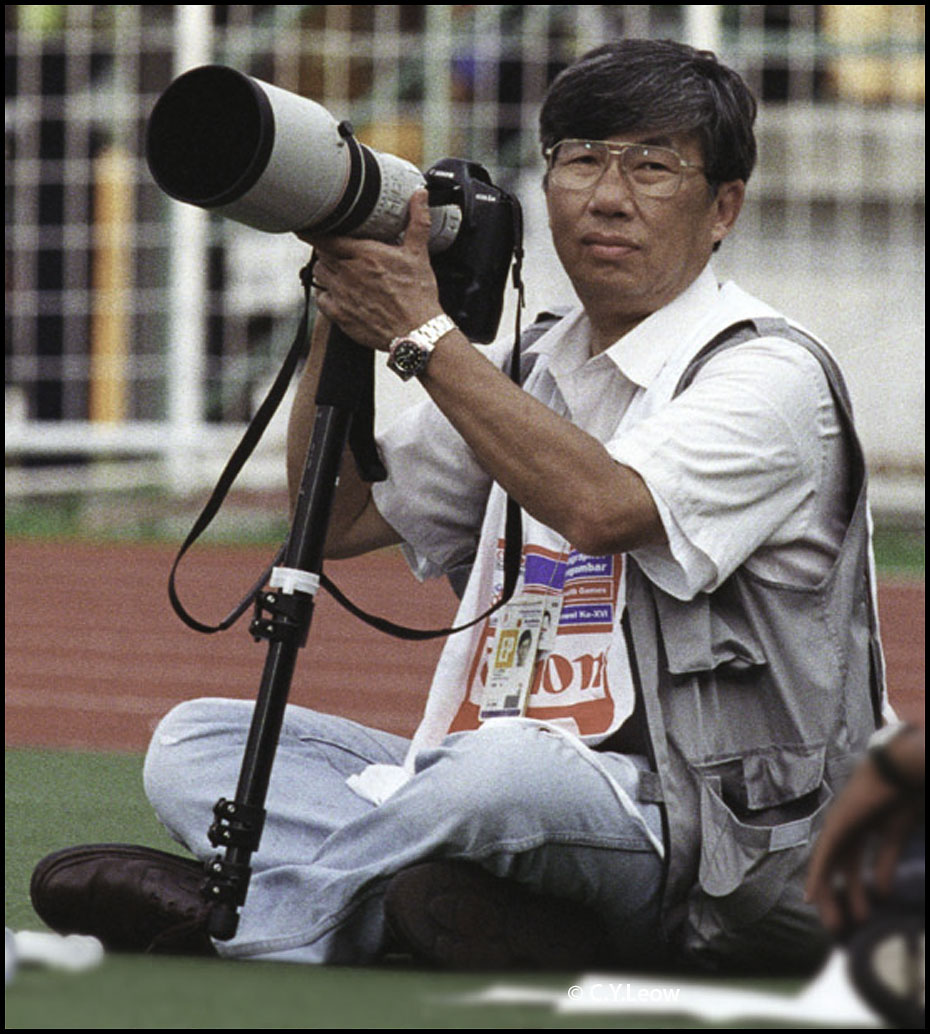 Yeah right, but I was still "young" and my knees were still capable of supporting all the photo gear!

Two weeks before the trip I made up my mind, this is what I will bring with me to our three weeks roam in London, Rome and Paris. 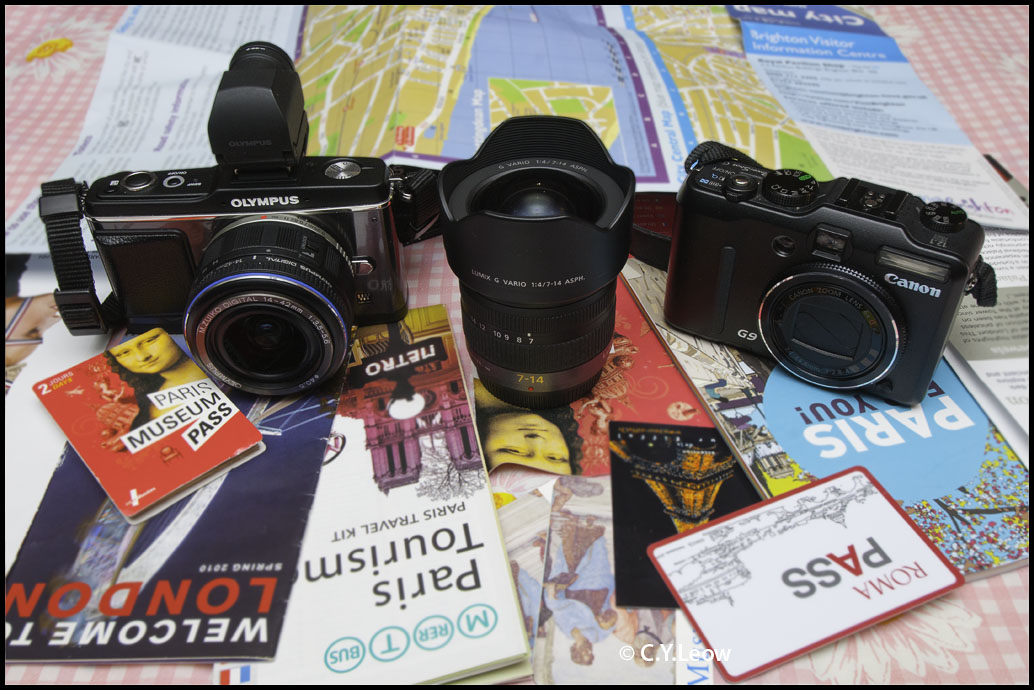 On the right, my favorite point &amp; shoot, the Canon G9. 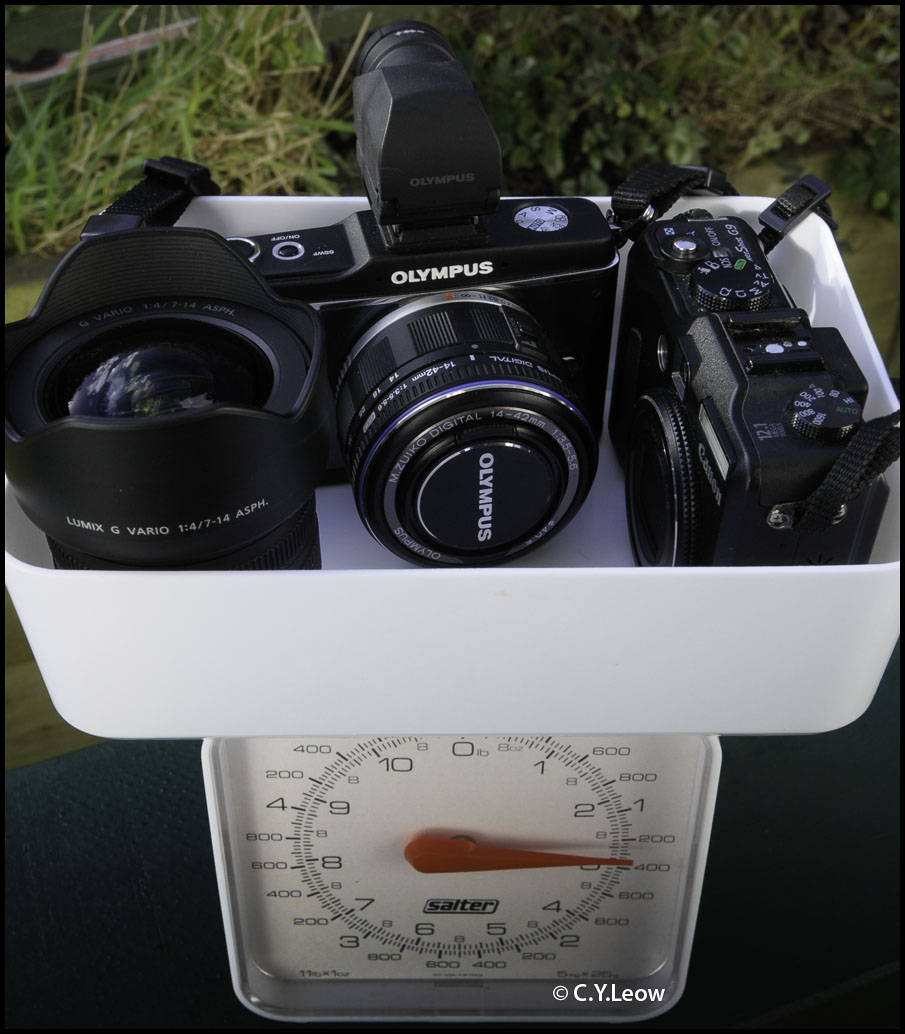 Total weight of the three item, 1.2 Kg, which is not bad considering I have coverage all the way from 14 mm ultra-wide to the very long digital zoom of the G9!

If I take my D300 it will give me NEARLY the same coverage provided I take along my 35-70 zoom, but look at the total weight! 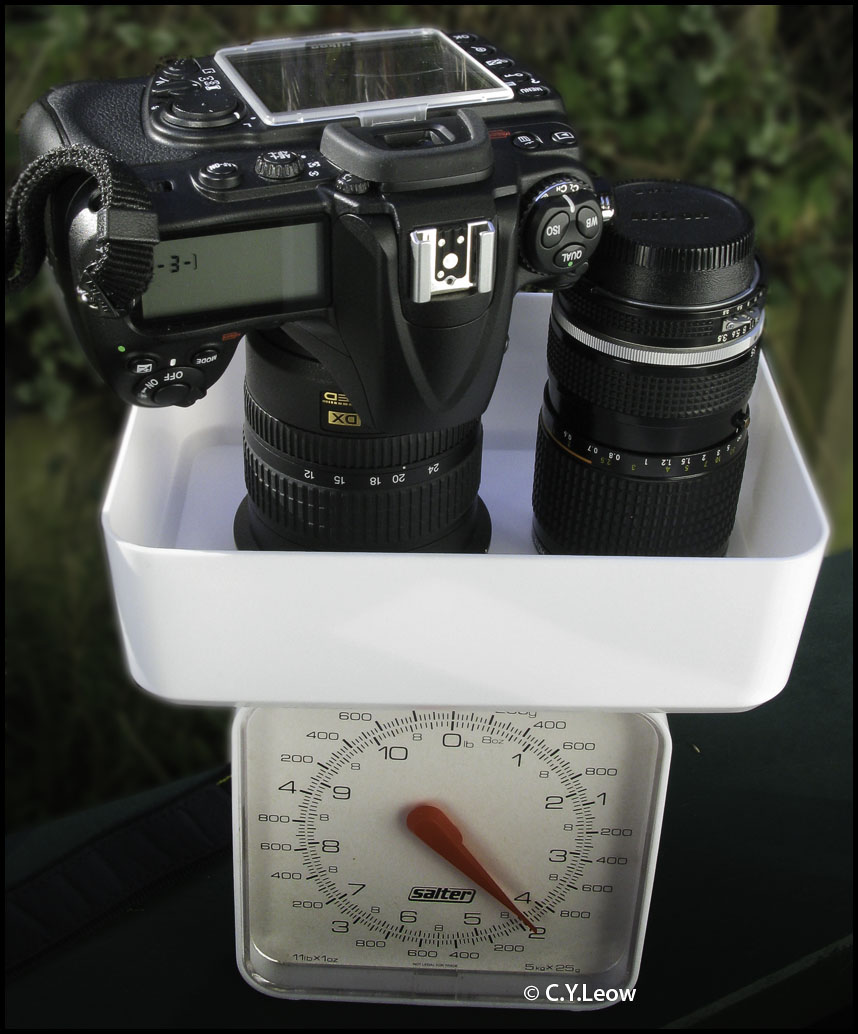 The only advantage the D300 has over the smaller cameras is the larger sensor size (APS-C) over the E-P2 (Four Thirds System), look at the diagram below. 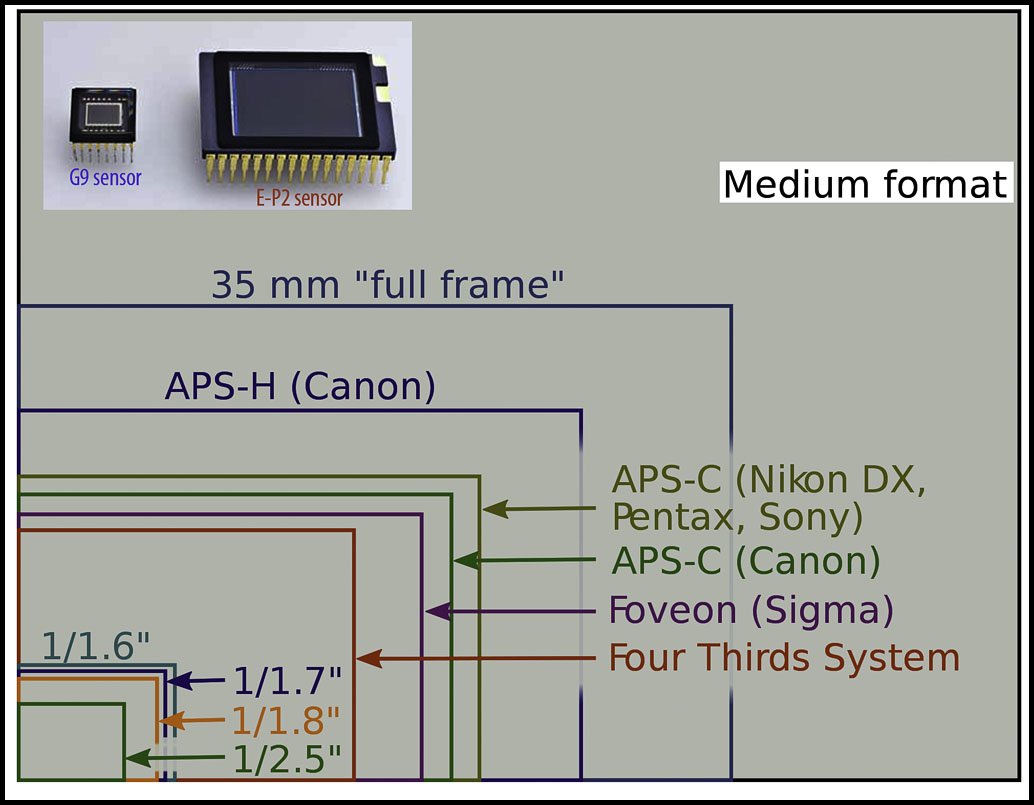 On the same token, the G9's sensor is tiny compare to whats inside the Olympus!

There is a good read about why larger sensor is better, here.

So how well did those gear perform during the trip?

The E-P2 is the most fun camera I ever use! It is light but solidly built, the LCD screen is terrible in bright light but thank goodness for the incredible EVF that came with the camera! It is nearly as good as a real optical finder! You will find the EVF's ability to tilt very useful on the top deck of a Big Bus! 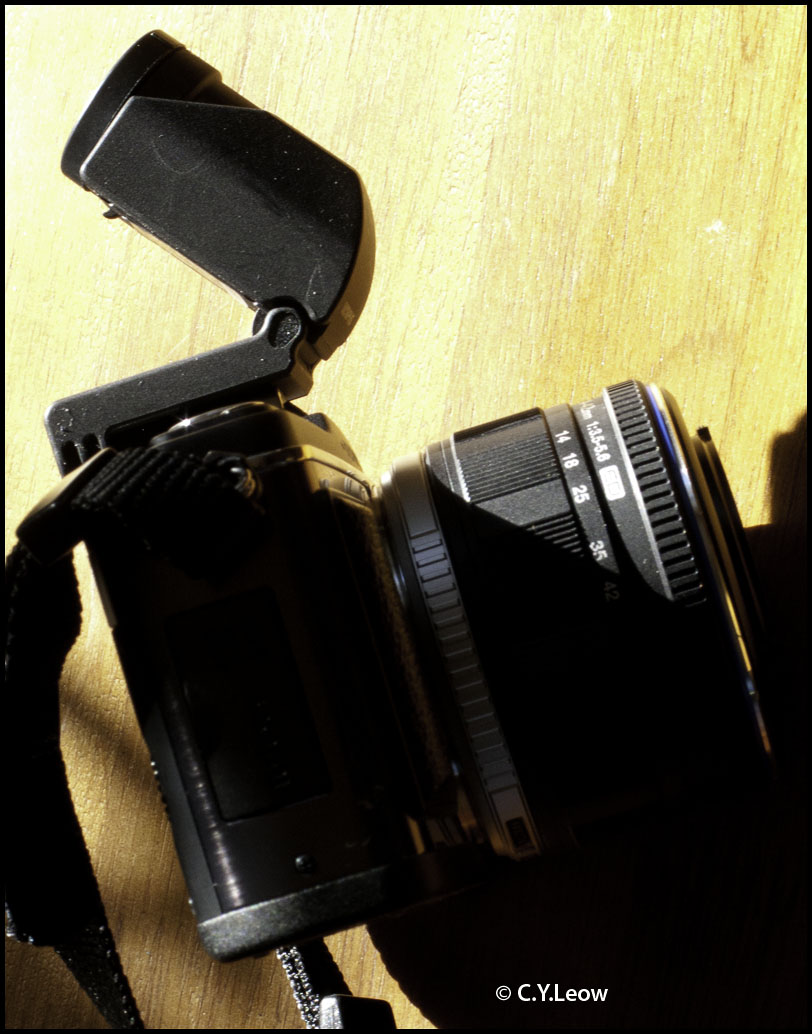 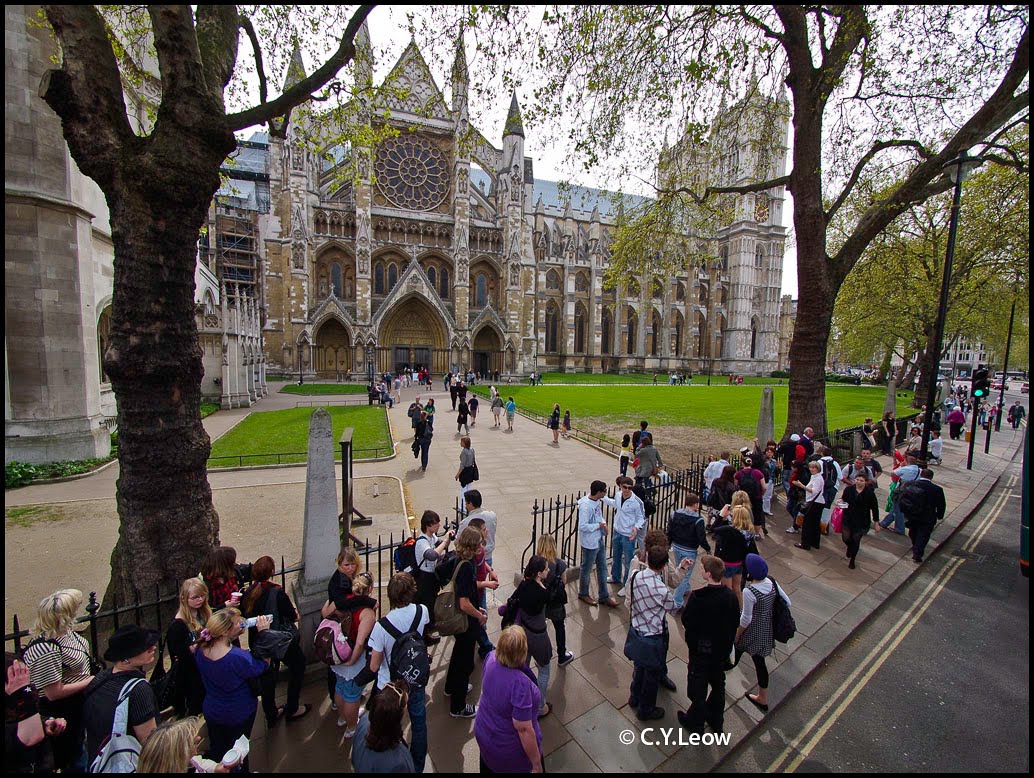 The tilting EVF is great for shots from top of the Big Bus in London!

The camera perform as I expected, granted; the auto focus speed is a bit slow but I can live with that :) The built-in image stabilization which helps to stabilize all lenses is just mind boggling! We will look into that later. In the mean time there is a really good write up about this little gem here.

What about the "cheap" kit zoom that came with the camera? Any good? To tell you the truth, I was skeptical initially but after a few shots I find it to be a capable all rounder! 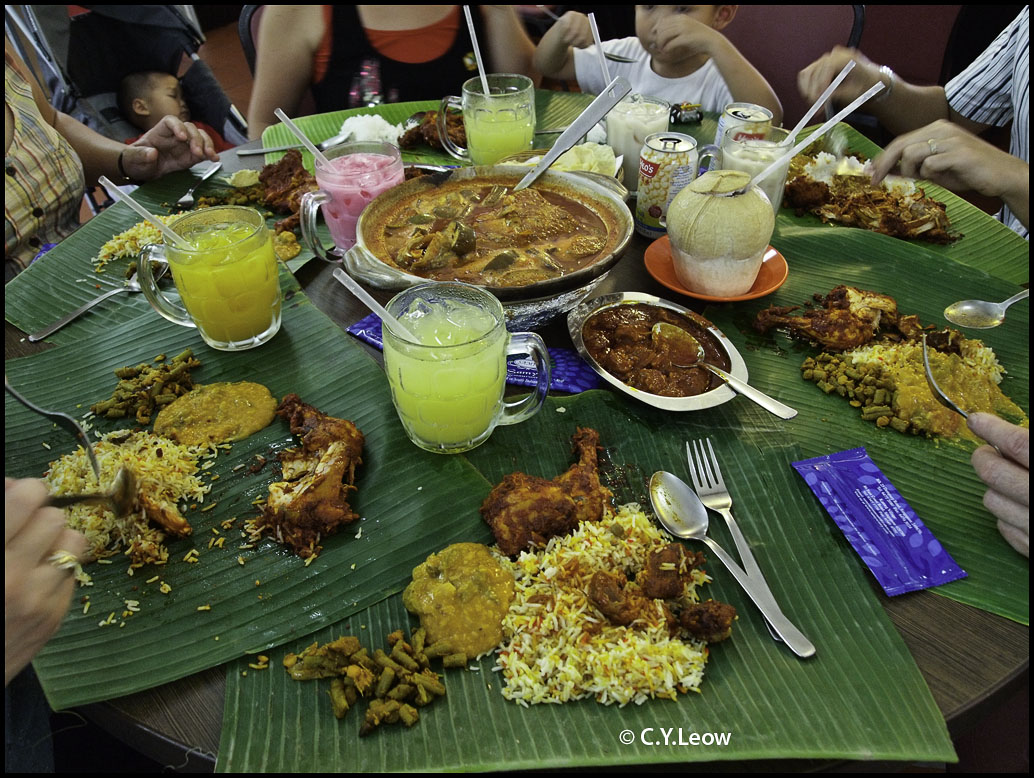 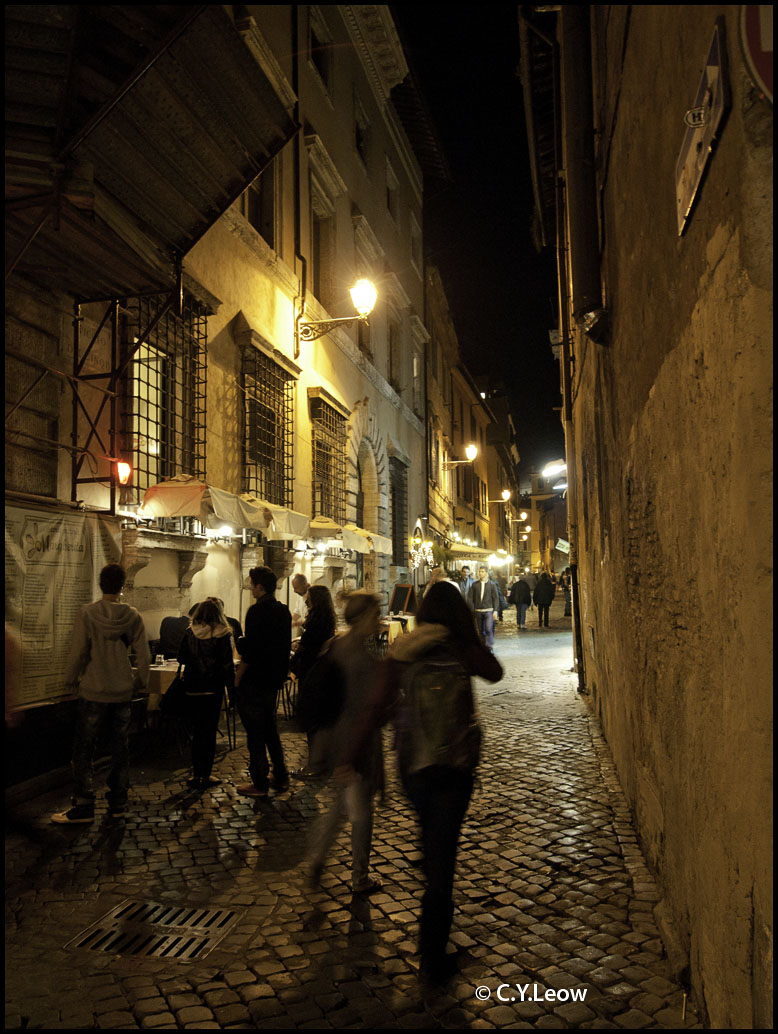 While in Singapore I pick up the awesome Panasonic 7-14 zoom! This solidly built but compact ultra wide zoom cover (to me) the most useful equivalent 14-28 mm range ever! I never go travelling without a 14 mm lens! Why? Read! 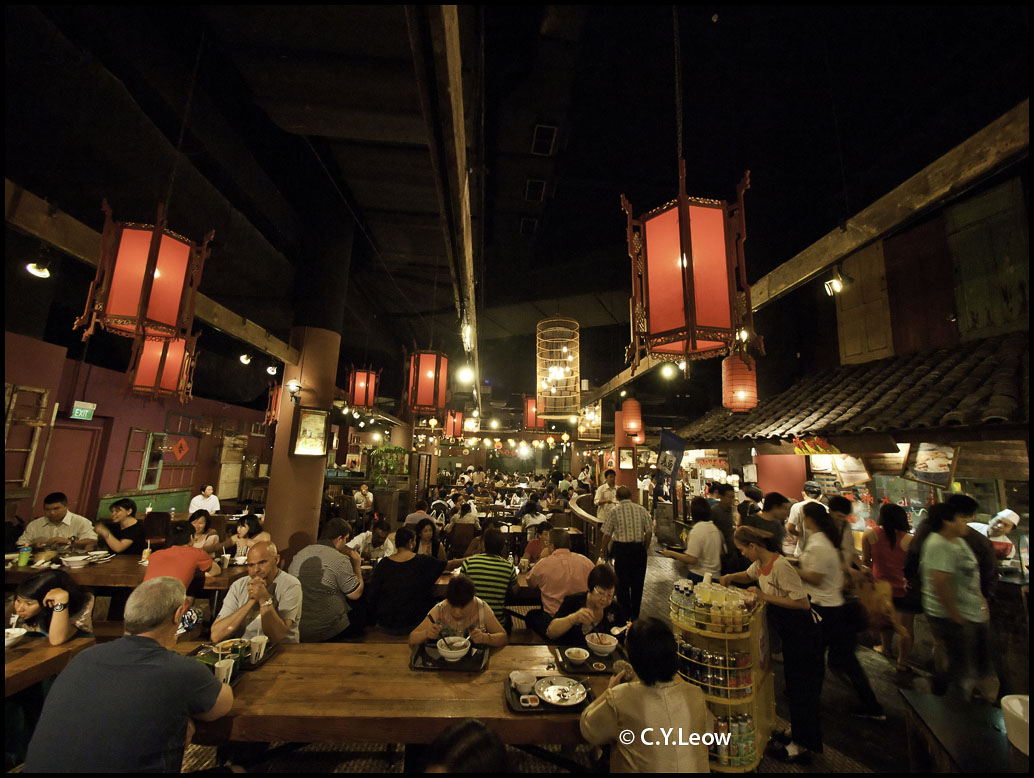 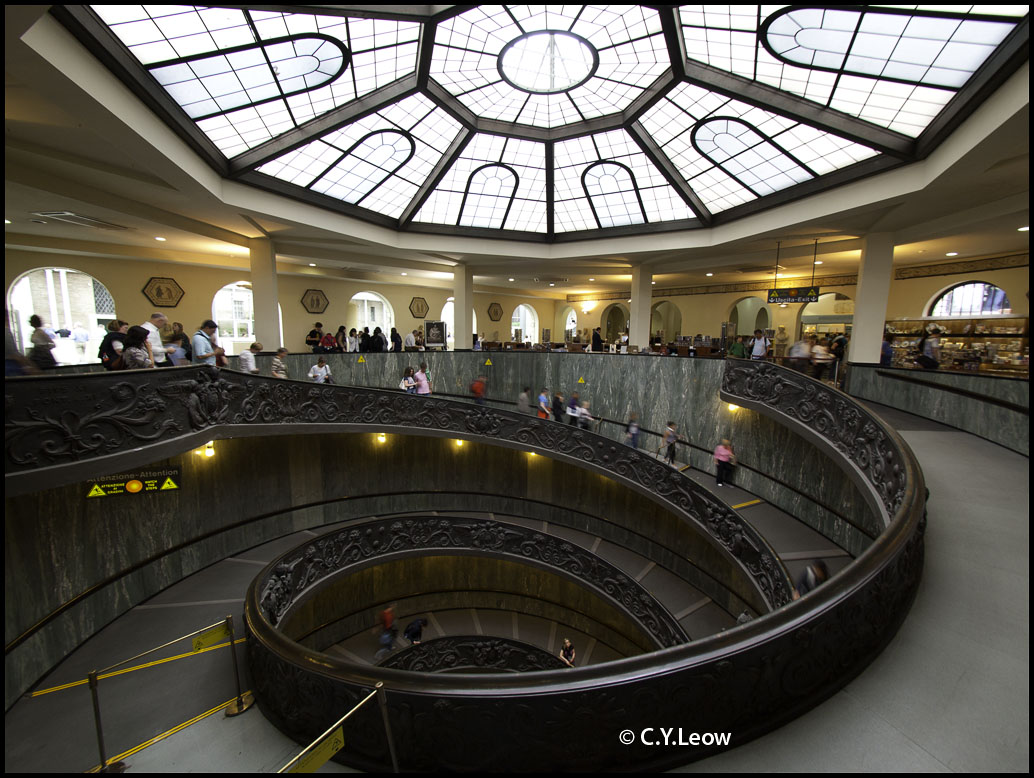 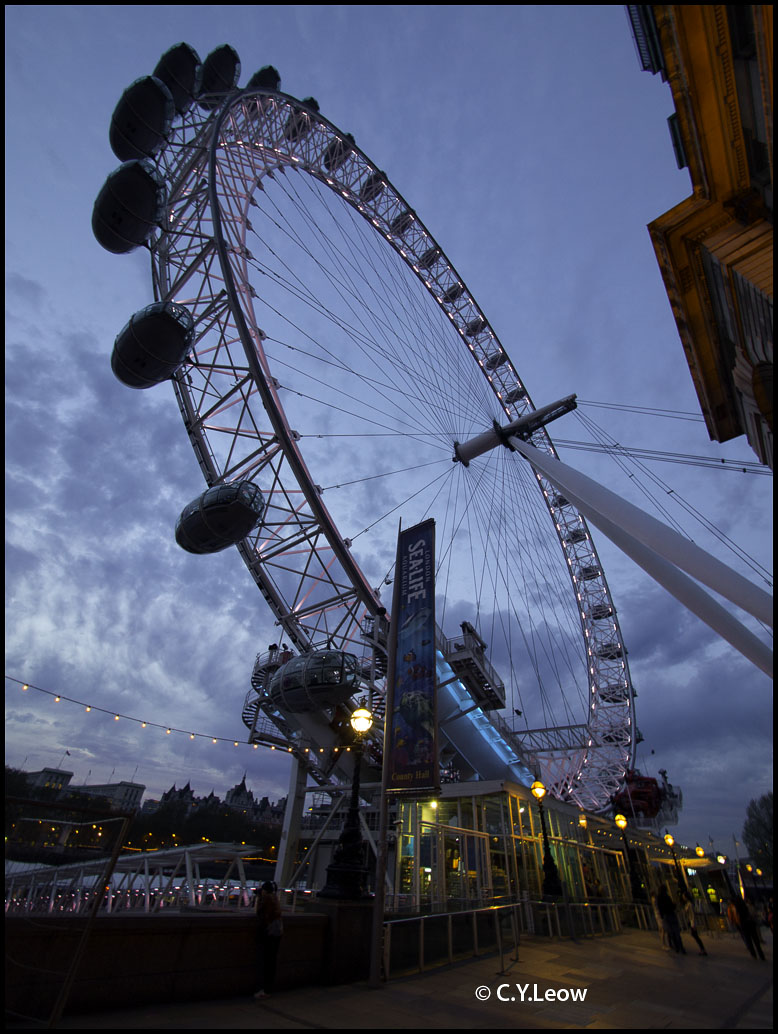 But what about the resolution? How sharp is this Panasonic at the longer 14 mm (28 mm eq) end? Take a look! 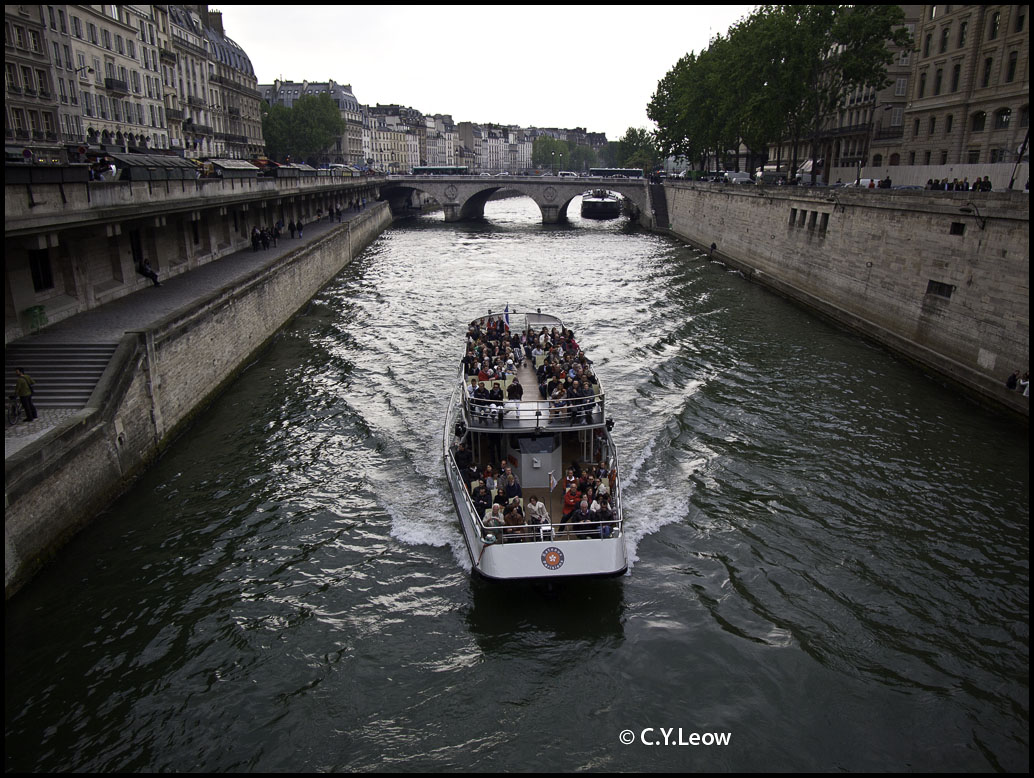 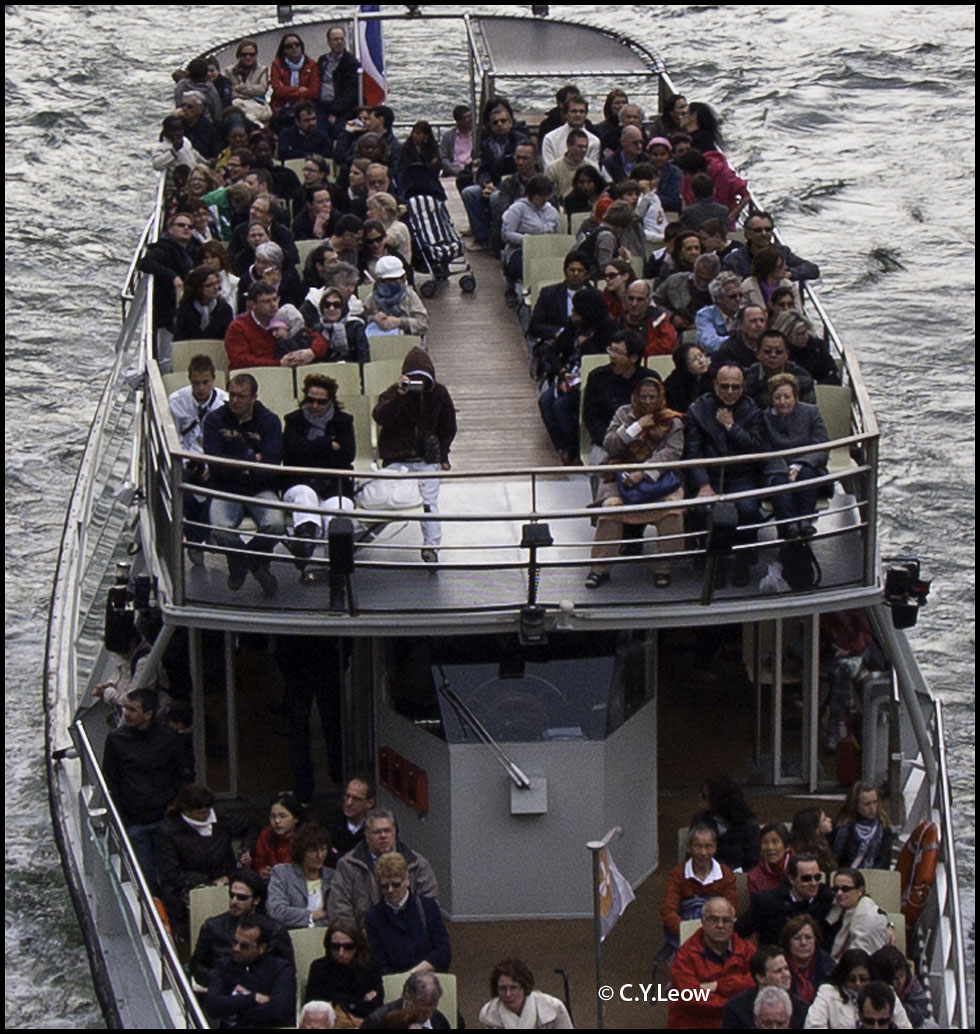 I mentioned earlier about the marvellous image stabilizer in the E-P2. Olympus claimed it can deliver a 3 stops advantage in slow exposures, I find it work wonder in slow speed; 3 stops? I am not so sure ;) 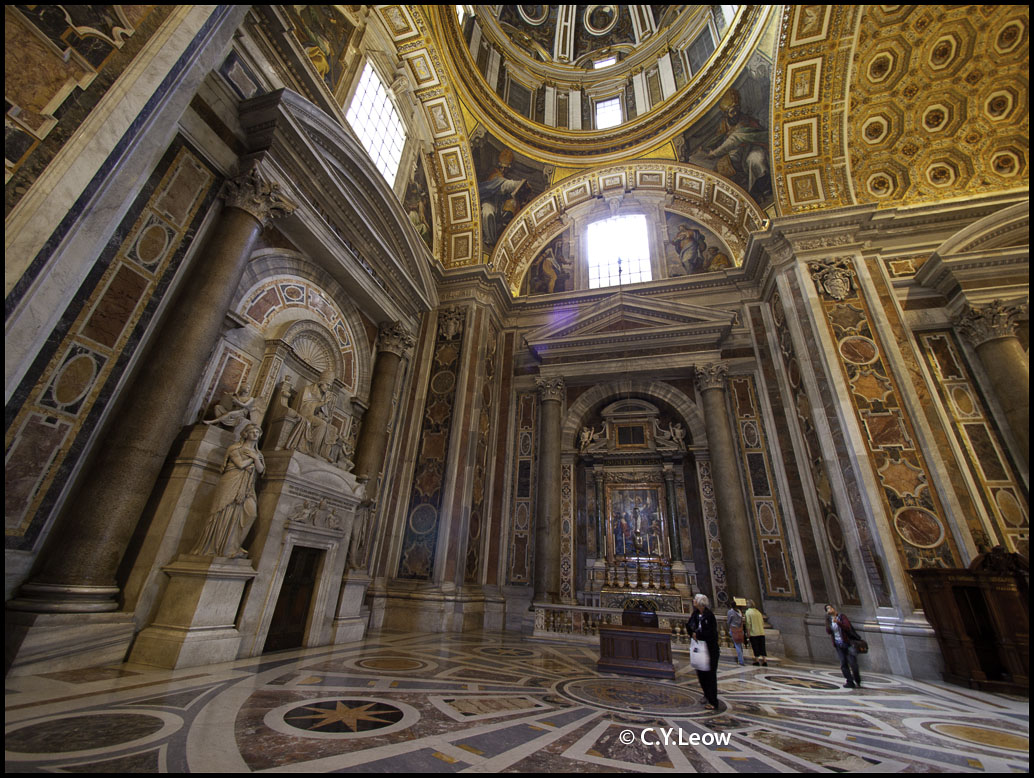 Combined with the ultra wide Panasonic 7-14 zoom, the E-P2 became a formidable travel camera! The interior of the St Peter's Basilica was shot at a S-L-O-W 1/4 second hand held at full f4 on 7 mm! What a lens and what a marvellous stabilizer! 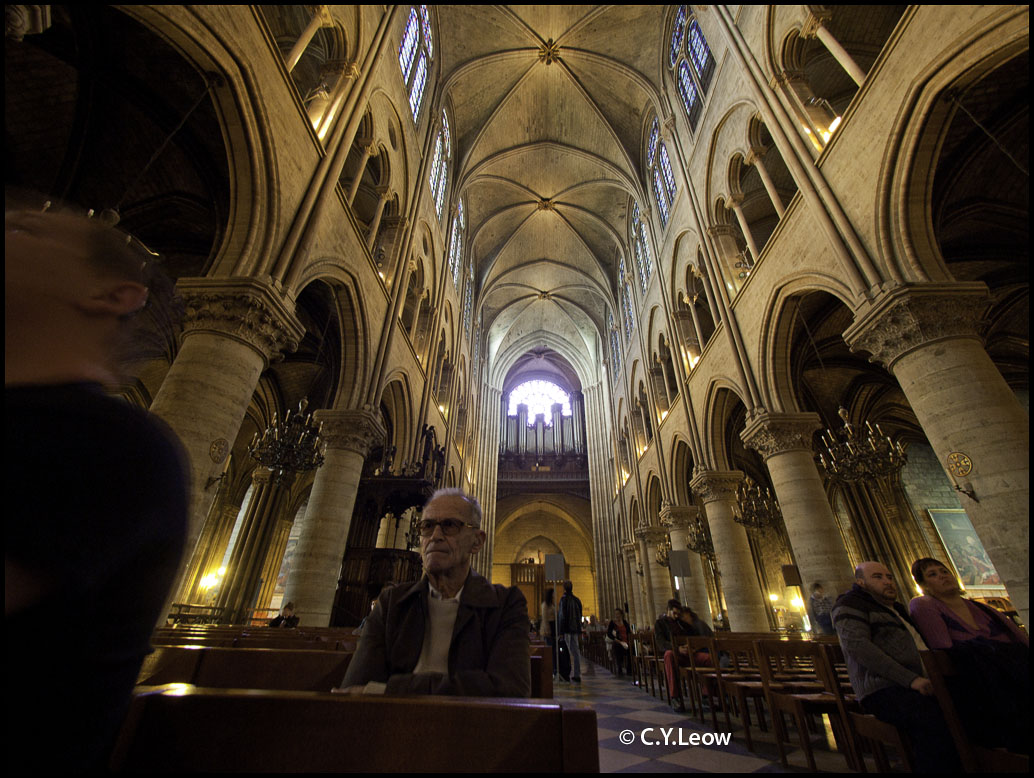 The really dark interior of the Notre Dame de Paris was exposed at a really slow 1.3 second, yes! A full ONE POINT THREE second hand held, but the camera was resting on the pew to get extra support. Again, FULL opening of f4. ISO was kept low at 200 to avoid shadow noise.

What about the G9?

Do not under estimate what this small point and shoot can do! The lens pack a punch! 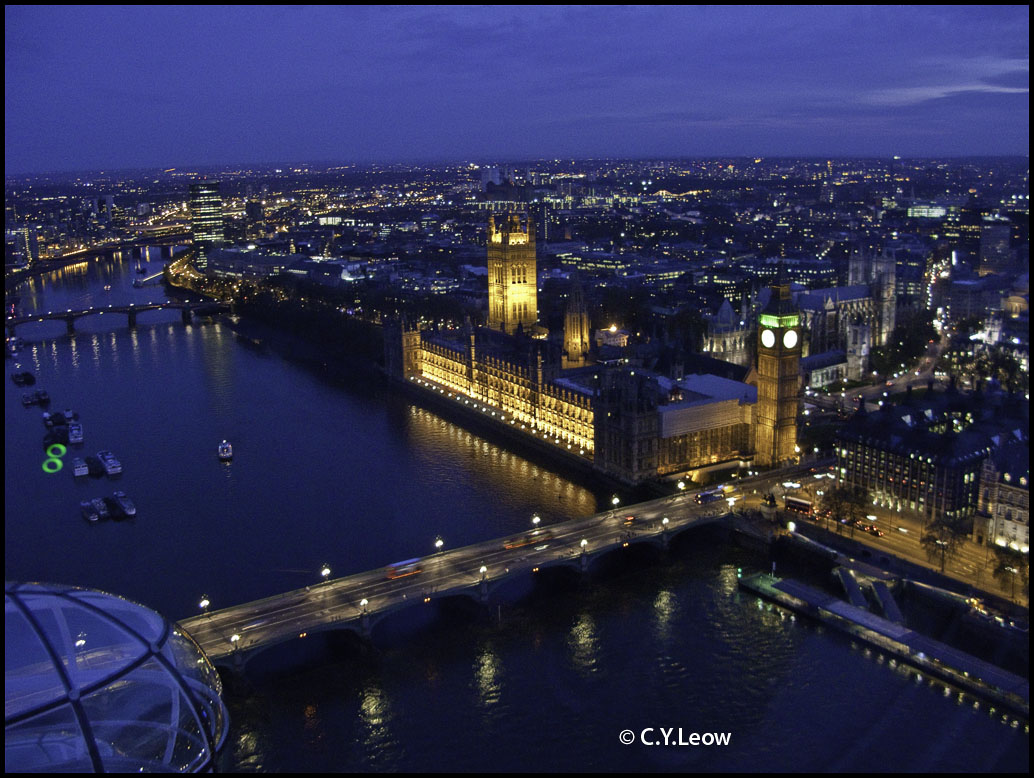 By pressing the G9's lens on the glass and exposing at 1/4 sec f2.8, I got a nice night view of London. Because of its tiny sensor, I will not use more than ISO 400! 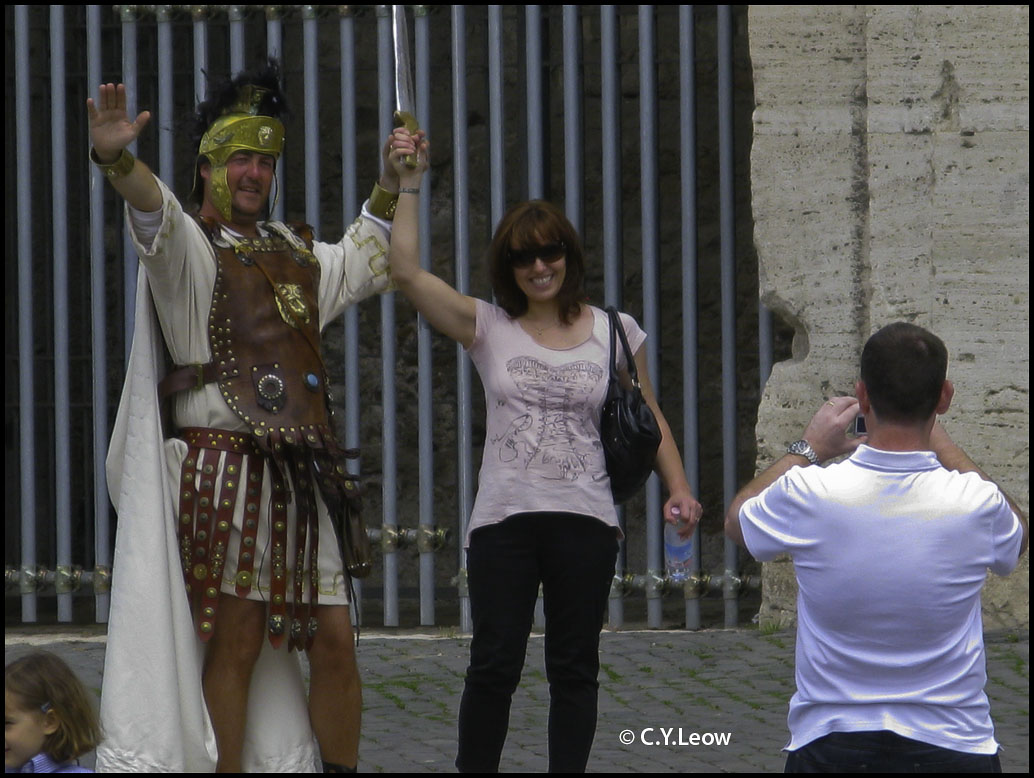 The digital zoom of the G9 did a good job capturing this shot outside the Colosseum from 25 meter away!

I think I made the right choice in my travel cameras and I had a lot of fun using them!

I brought along 7 HDSC cards for the two digital cameras. I labelled all of them, according to their capacity and identifying number. For instance when my 8A (8 gig card A) is full, I will go on to 8B and so on. 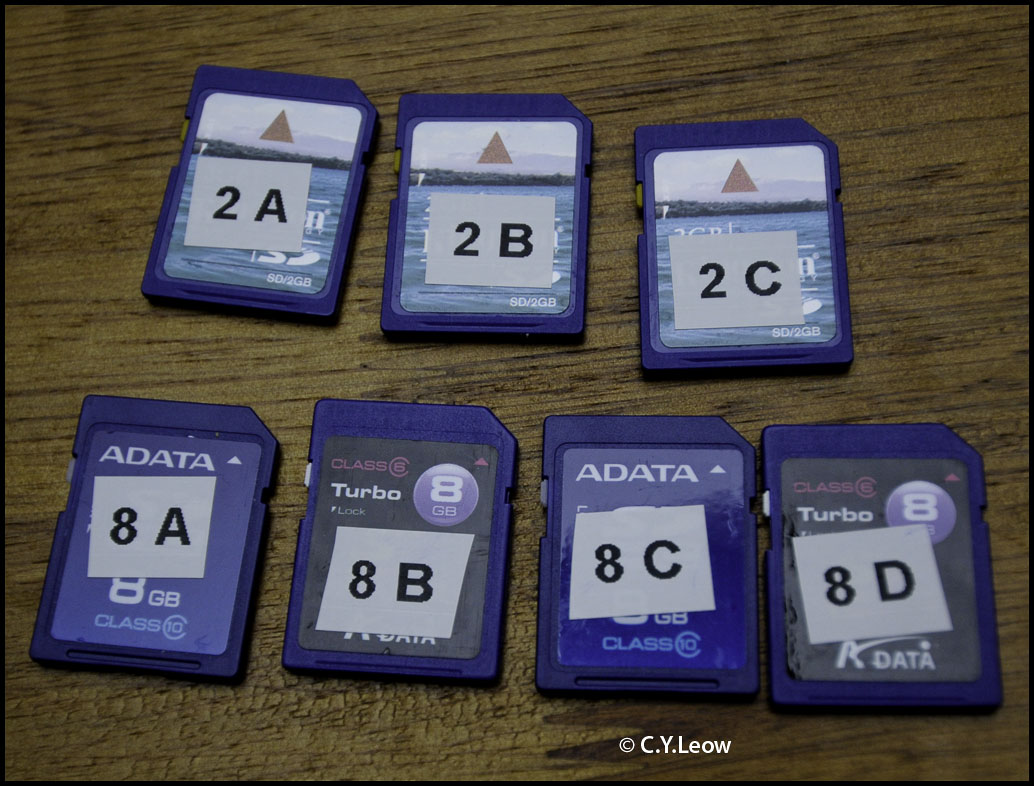 I told you how good the hi-res EVF is, well... the damn thing keep wanting to slide out, least expected and drop off into the drain! 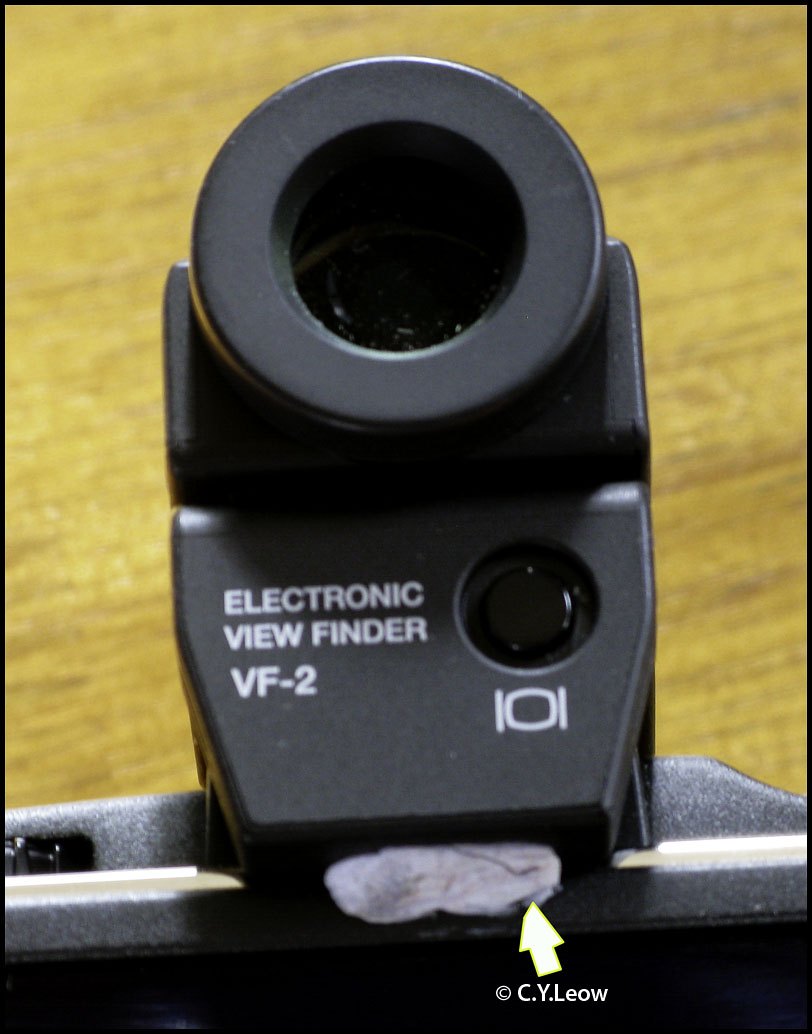 I push a small pea of Blu-Tack under the finder (see arrow) which prevent it from sliding off.

All my travel cameras and lens were stuff into a Case Logic pouch which I bought 5 or 6 years ago. 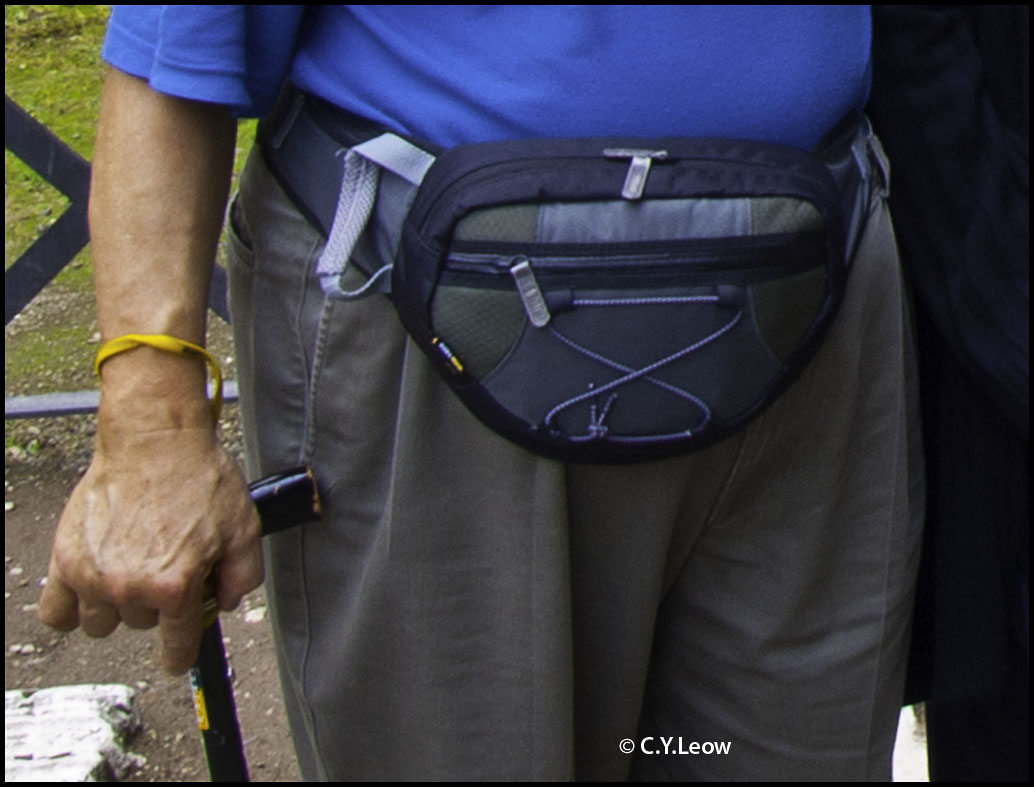 This pouch DO NOT have a quick release clip belt. Pick pockets can release your pouch FASTER than you!! Mine survived two attempts while in Paris ;)

Lastly, if you must use a walking stick; make sure you have a hand strap that allow you to hang the stick on your arm while you shoot pictures.

3 years on - My Ideal Travel Camera!

BIGGER NOT Better!
Posted by cy.leow at 9:05 PM

Timely article, as I'm comtemplating on getting a DSLR and going for a course at the PSS on how to use it. Naturally I need it to be lightweight at the same time also all the quality you have mentioned. Sounds costly though :(