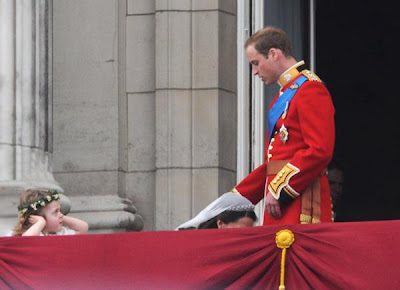 This picture is at http://twitpic.com/4r3mes.

Personally, I don't find this funny at all; this is yet another case confirming that "Camera Sometime Lies" ;) 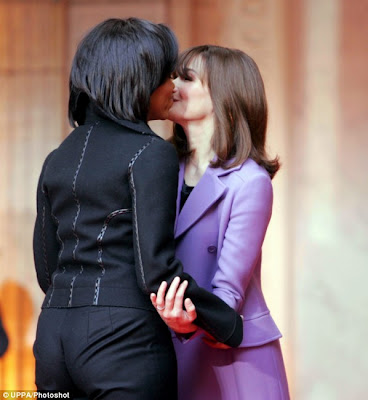 David Mitchell wrote an excellent article, "The camera never lies, well not when there are so many of them now!" in The Guardian; worth a read!

As a Picture Editor for most of my working life, I have seen it many times.

There were many time that I had to investigate if a claimed event did happen, if it did not; how did the photo made it look like it did?

I promised my Singaporean friend that I will look at my recording of the Royal Wedding and give him an answer!
I suspected the offensive shot happened right after the RAF flew past.

I found the sequence on my HDD digital recorder.

I grab some shots of the screen while letting it run at super slow, frame advance mode. 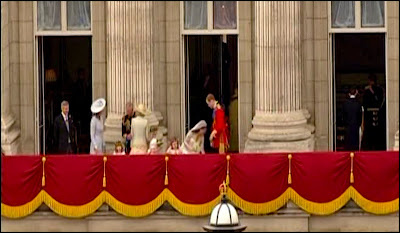 As you can see, this was when Kate starting to bend down to pick something up. 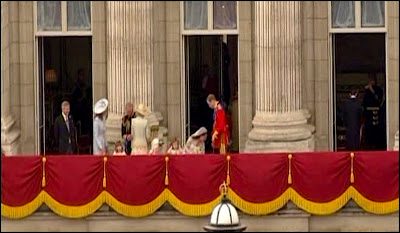 This is the frame a fraction of a second from the top one. 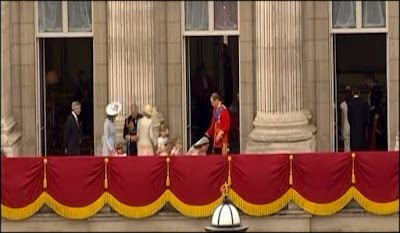 This is the maximum she bend down. Notice the little flower girl covering her ears and looking up at Prince William.

Depending where the photographer was, he would have just caught Kate's face covered by the wall.

These frames were from the UKTV Live broadcast.

Now that Kate have been made the Duchess of Cambridge, she have to be more careful of her movement; paparazzi are always watching! ;)

Now that`s what I call a decisive shot! LOL!I guess there are times in every photgrapher`s life wherea particular shots take on an ambiguous slant.