Is Nikon 1 Still What I Want?

What is this hype about being "THE ONE"?

Yesterday I received an invitation that said "TAKE 1 FOR A DRIVE!"! That was from BMW on their "ALL-New" BMW 1 Series.

What make them even think a poor photographer is THE ONE who can afford their 1?  Hee hee...

A couple of months ago Nikon try to get the eagle photography community excited with their bold black and yellow banner, screaming; "I AM COMING!"

But when their "ONE" came, somehow;  to a lot of upset fan-boys; like fail sex, instead of reaching a climax, became an anti climax ;)

What then was the problem?

From what I can gather from various previews, size does matter!  In this case, it was the controversial new sensor size featured in the new cameras!

Luckily, for the photo community; we seems to want SMALLER cameras :) 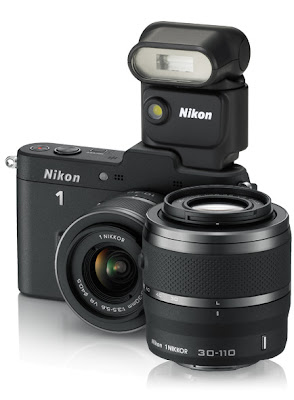 The size of sensors is a different story though...

Popular http://blog.digitalrev.com/ claimed and I quote:

"The thought of Nikon making a mirrorless camera is enough to garner a huge amount of attention in the photography world. But I think that it has missed the mark by a long way.

The main thing that is going to bug people is that the sensor is a “CX” sensor, which equals to a 2.7x crop over the standard 35mm format."

However, the authoritative dpreview published a well written  article explaining "Why make a small mirrorless camera"; defending Nikon, who is "bridging the middle ground".

Dpreview claimed that Nikon is "Producing a relatively small sensor mirrorless system provides a middle ground between compact cameras and DSLRs - precisely the kind of need that Panasonic, Sony and Olympus have been explicitly targeting."

But how "small" is the new Nikon CX sensor?  Is it really that small?  The chart below might put it in perspective. 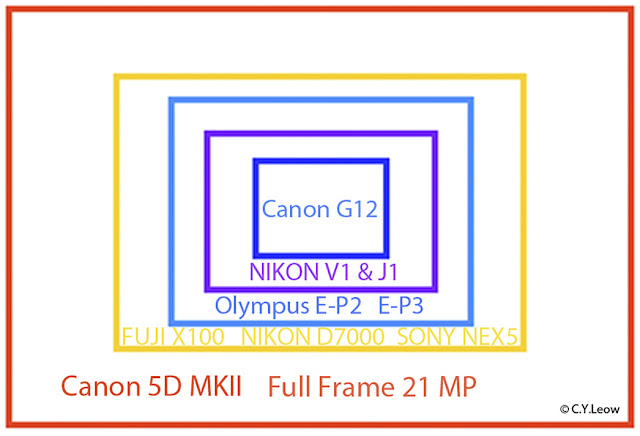 Surprise?  The CX sensor is more than two times larger then the G12, however the micro 4/3 is much larger than the Nikon.

Does that mean the BIGGER sensor E-P3 that much better than the SMALLER sensor Nikon 1?

ONE WEEK after Nikon show the world their new "small sensor" mirrorless wonder, the authoritative dxomark.com dropped a bomb shell by releasing their test results and comparison of the new Nikon 1 camera!

Take a look at this! 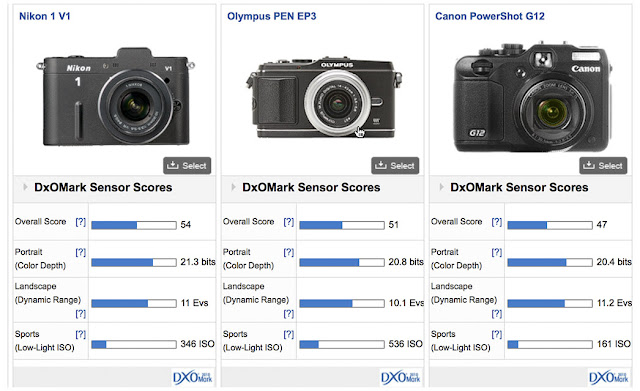 Believe you me, in real world term; the DXO Mark comparison confirmed that the SMALLER Nikon CX sensor is AS GOOD as the much LARGER E-P3, except in low light (high ISO)!

On the same token, the much SMALLER G12's sensor is nearly as good as the E-P3!

Way back in February I posted "Pixel Peeping - E-P2 v G12" and I concluded:

1. Point & shoot cameras with smaller sensors can be nearly as good as those with larger sensors.

2. In the real world you will not see the difference anyway!

3. So all of you noobs and trolls, get a life and go shoot pictures without worrying about your pixels! DUH!!

I have some doubt about the G12 low score in high ISO usage. This picture was from my G12 Best Of The G posting.

If Canon can achieve that kind of quality with their "Smaller Than Thou" sensor, I would believe Nikon will excels with a larger CX format!