If you believe what the rumor mill are harping about, this is the REAL leaked picture of the NEW Canon EOS-M mirrorless wonder!

If the rumor is true (we will know tomorrow), me and thousands of Canon fans will be disappointed! Look at the picture below where the EOS-M is placed beside the Nikon V1.

The front of the EOS-M showed very little hand-held space, it look like there isn't a build in flash; but what is that slot on the right? Could that be a flash release slide? It is also obvious that the EOS-M is a pure point-and-shoot offering, lacking an EVF like the V1. 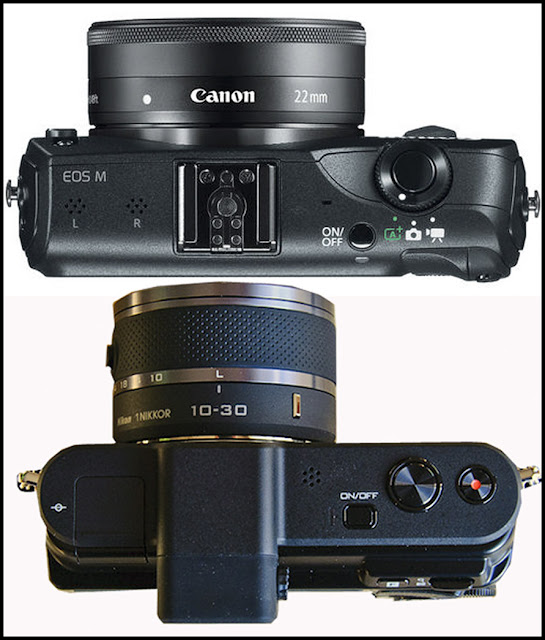 Looking from the top, the little Canon utilised the shutter release button to select between movie, still and EV; I like that feature! 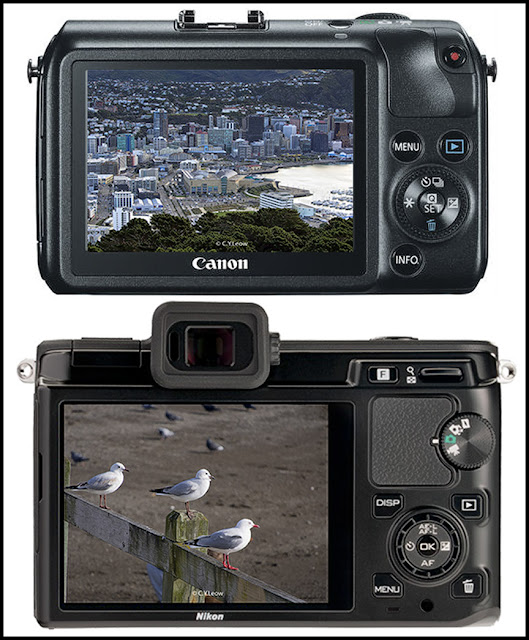 Looking at the back, the Canon have less features than the V1 but not by many, at least they put the mode selector where you can change quickly. The V1 on the other hand put them on a finicky dial that get easily shift! That, is the WORST feature of the V1.

Looking at the EOS-M I could not but wonder, WHAT IS THE POINT?

Canon have the advantage of observing their rivals in mirrorless offering and they still FAIL to GET THE POINT!

Thousands of enthusiasts like me have been harping for a higher end mirrorless to go with our DSLR, Olympus got it right with their OM-D E-M5; we did not abandon our DSLR like Nikon thought we would ;)

Consumers will go for a high end compact like the Sony RX100 or Canon G12. Everyone else will be shooting with a iPhone! 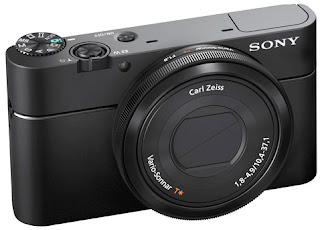 Lower end mirrorless is a failed concept, high end is the way to go.

What is the point of interchangeable lens feature when the users only use the kit lens anyway!

Do you know that the Nikon 1 J1 is a hopeless number 317 on the Amazon camera chart?  And the NUMBER ONE seller at the moment is the Sony RX100 compact! It is NOT the ability to change lens and now Canon is heading into the same water ;)

The Canon EOS-M specs were leaked one day before its announcement: