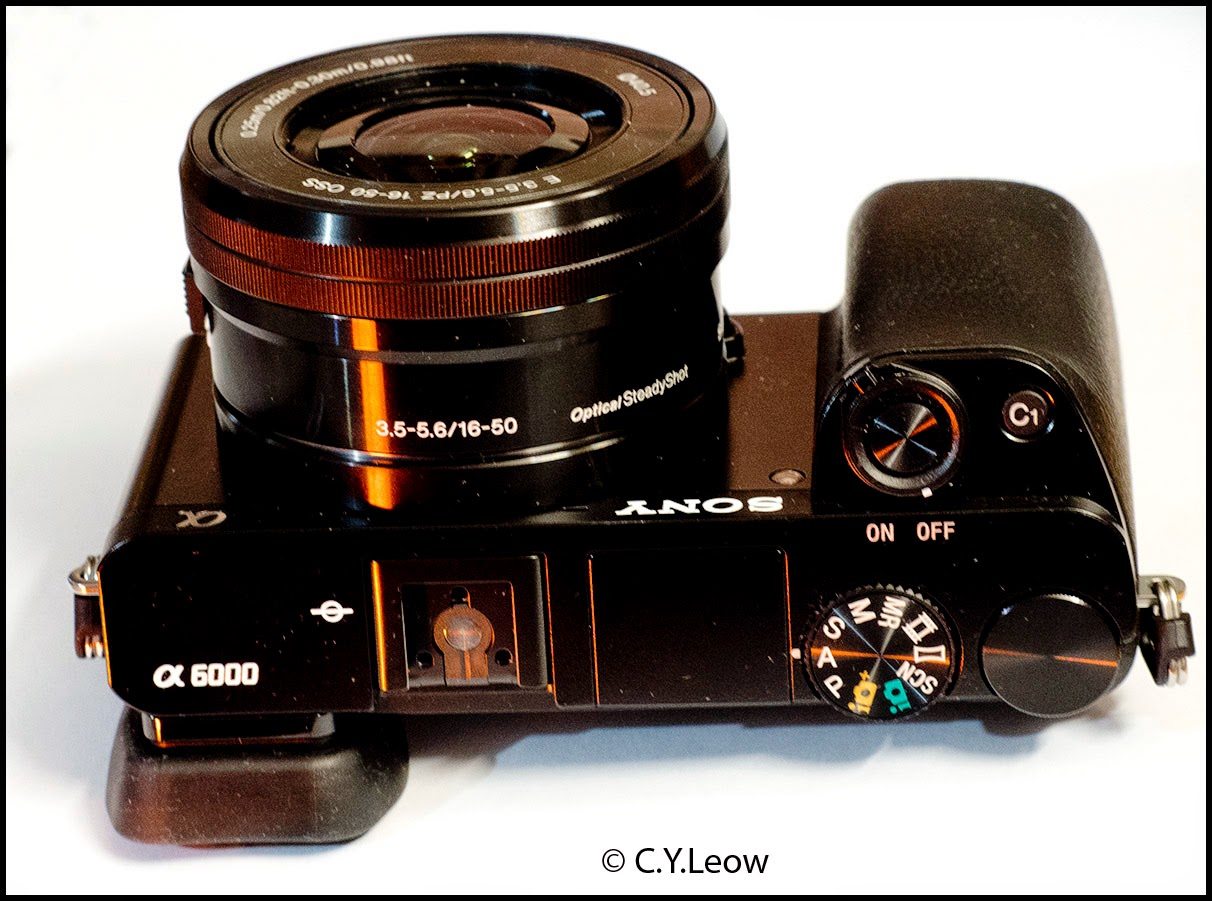 In case you are wondering, 素敵なカメラ! translates to "Nice Camera!"

The first time I read about the Sony A6000 in Imaging Resource, I wanted to hold one in my hand! There is something about this
Alpha ILCE-A6000 (full model name) that make you want to do that ;) 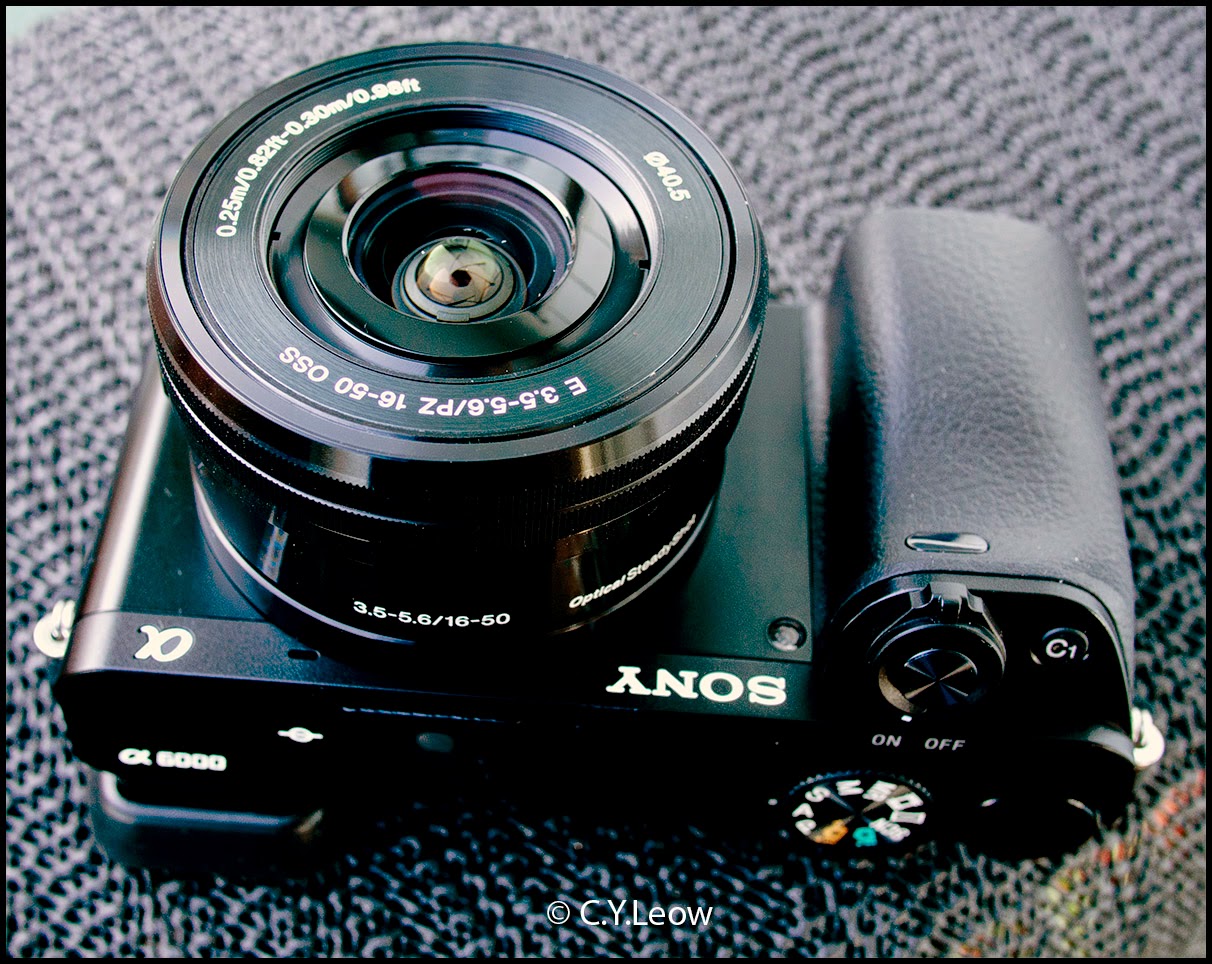 So I got in touch with Sony customer support in Australia, expressing my interest in testing their good looking camera. Their efficient support guy told me I have to apply for "sponsorship" from Sony, even gave me a link, which; however I try, I cannot get my request through.. so after a few days of trying, I gave up :(
By now, you probably figure out that Ben, our local PHOTO WAREHOUSE hero came to my rescue? YES! He did! Thanks Ben!

Before I go on, this post; like all my posts are of my user experiences and my views. I do not chew on all the specs and features of the camera. There are hundreds of sites doing that. 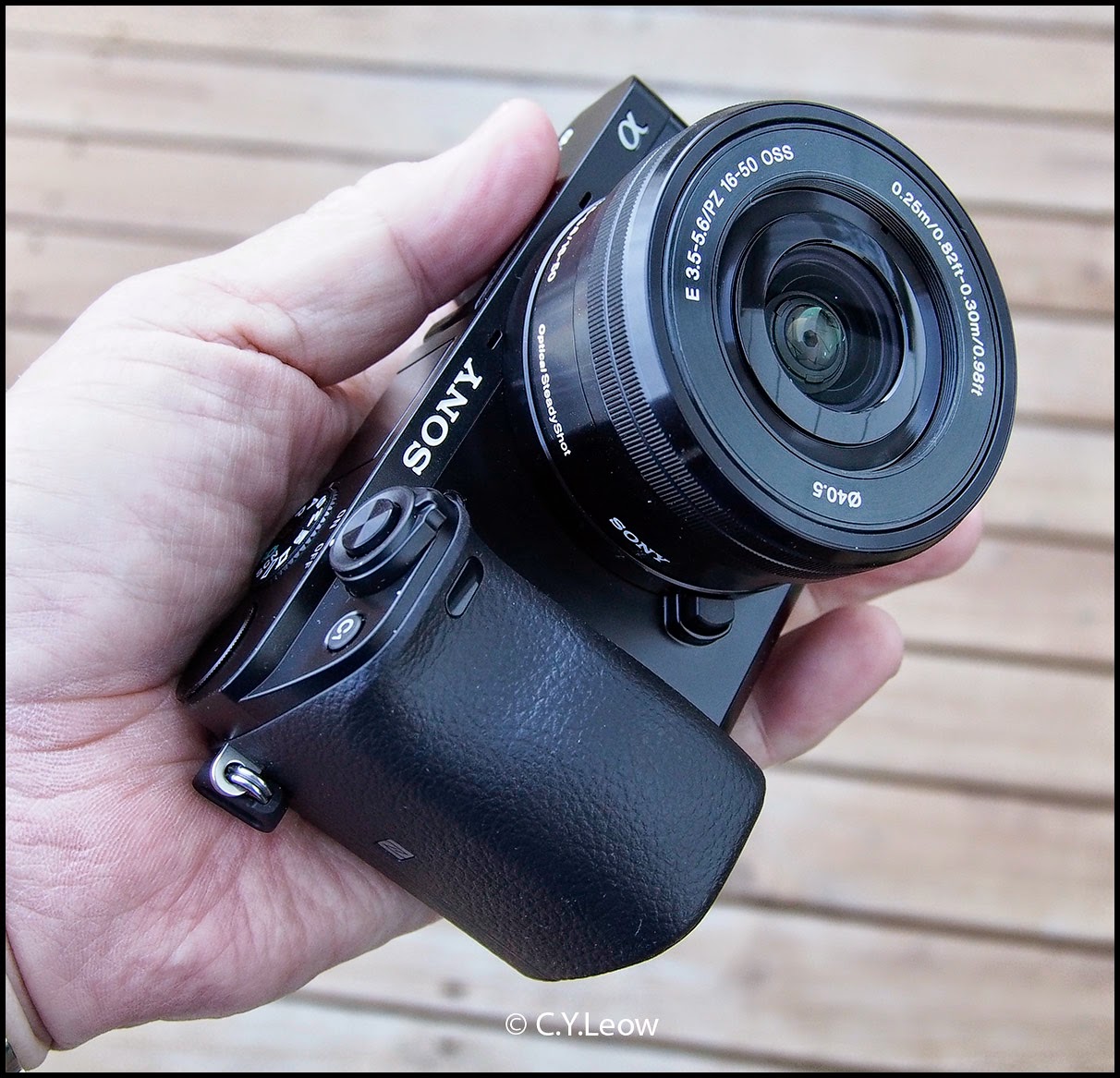 The first time I hold this Sony beauty, I was amazed how light it is; mind you, this is not a small camera... not like my little Lumix GM1 but it seems to be well built and the huge grip, what can I say; I never met a mirrorless camera that you can hold so securely and comfortably! 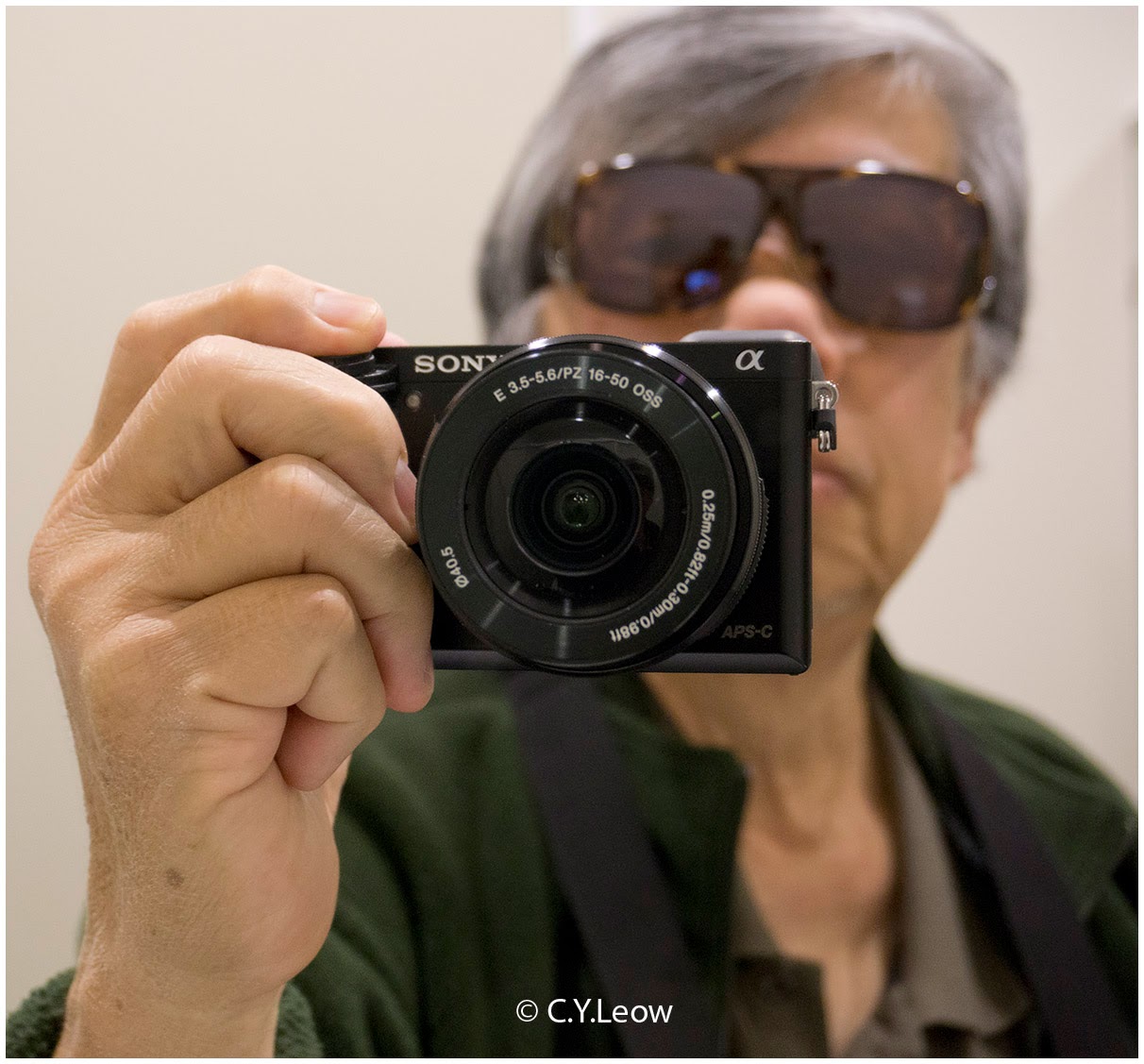 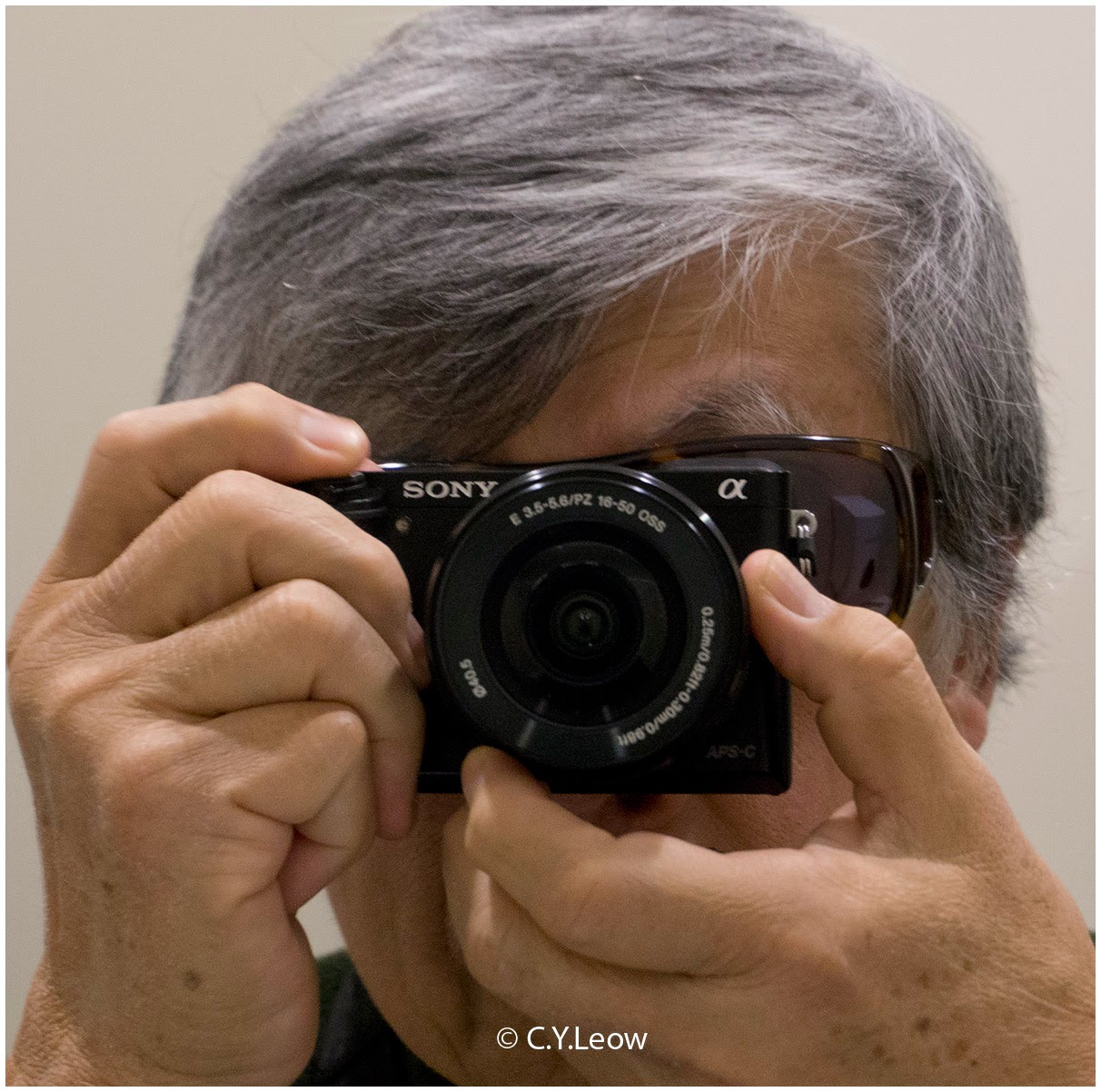 This is one compact camera that you can confidently hold and shoot with ONE hand or TWO ;) 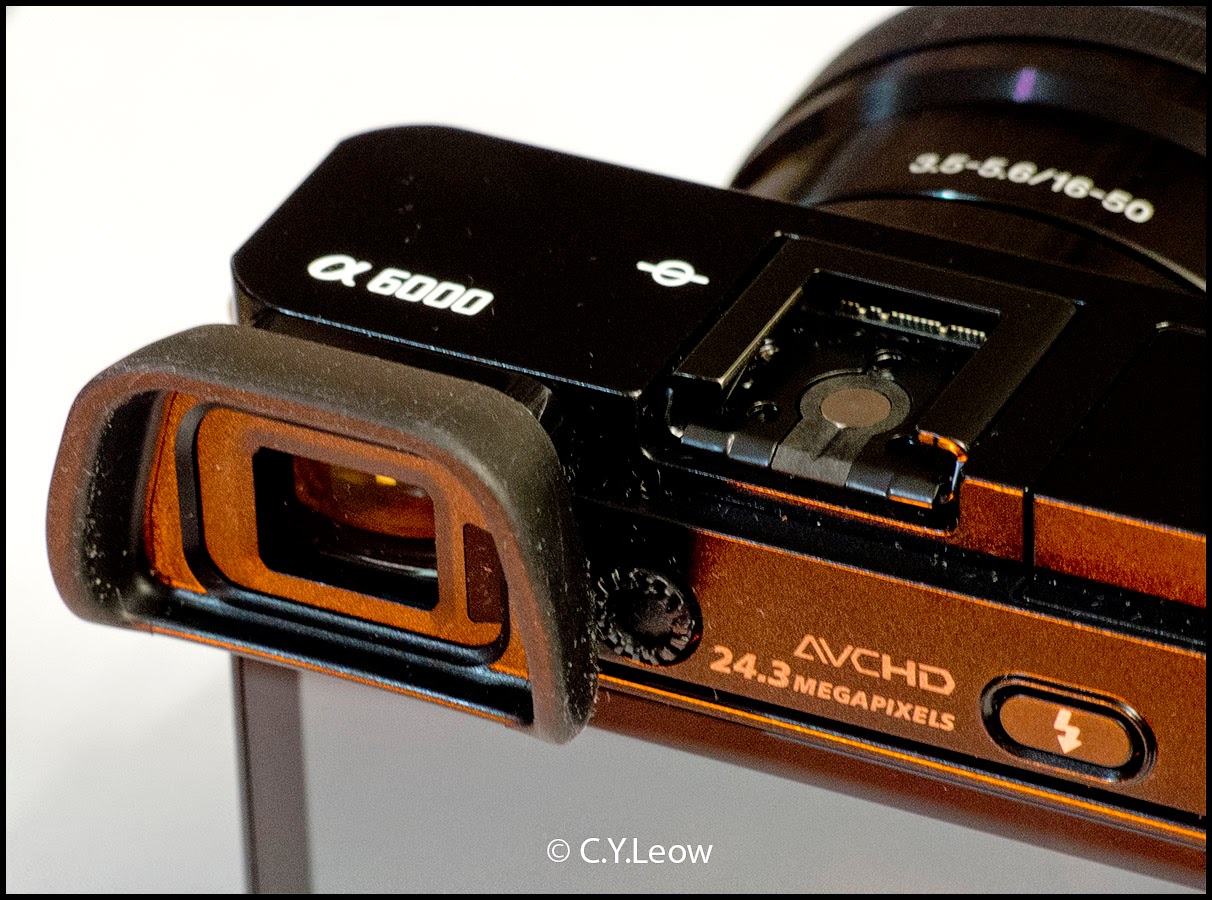 Looking at the two pictures above, you realised that the A6000 came with both a rear LCD AND eye level EVF (electronic viewfinder).

I like the left-sided EVF better than the center type (OM-D), maybe I was still yearning for my Leica rangefinder? Not! 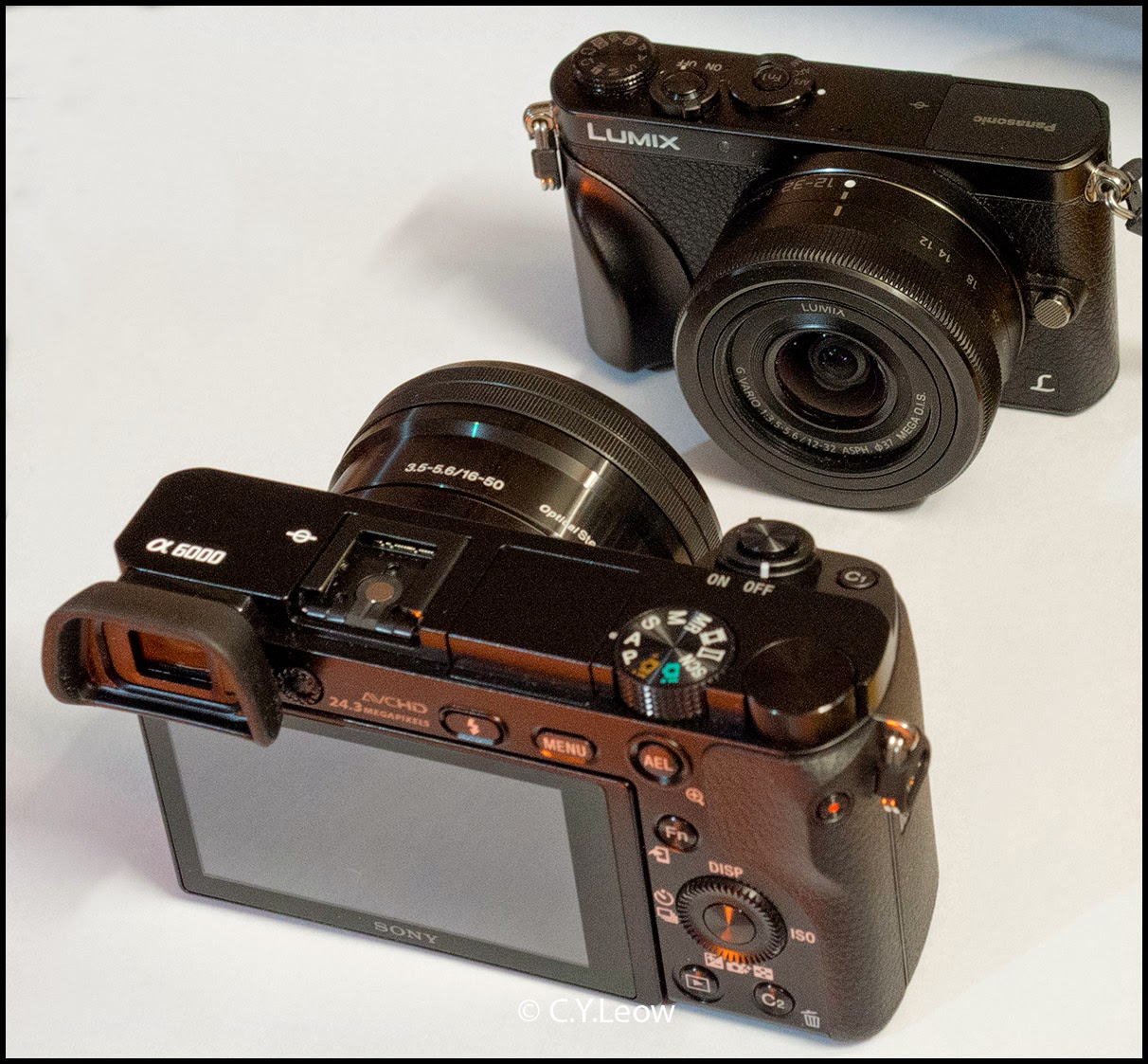 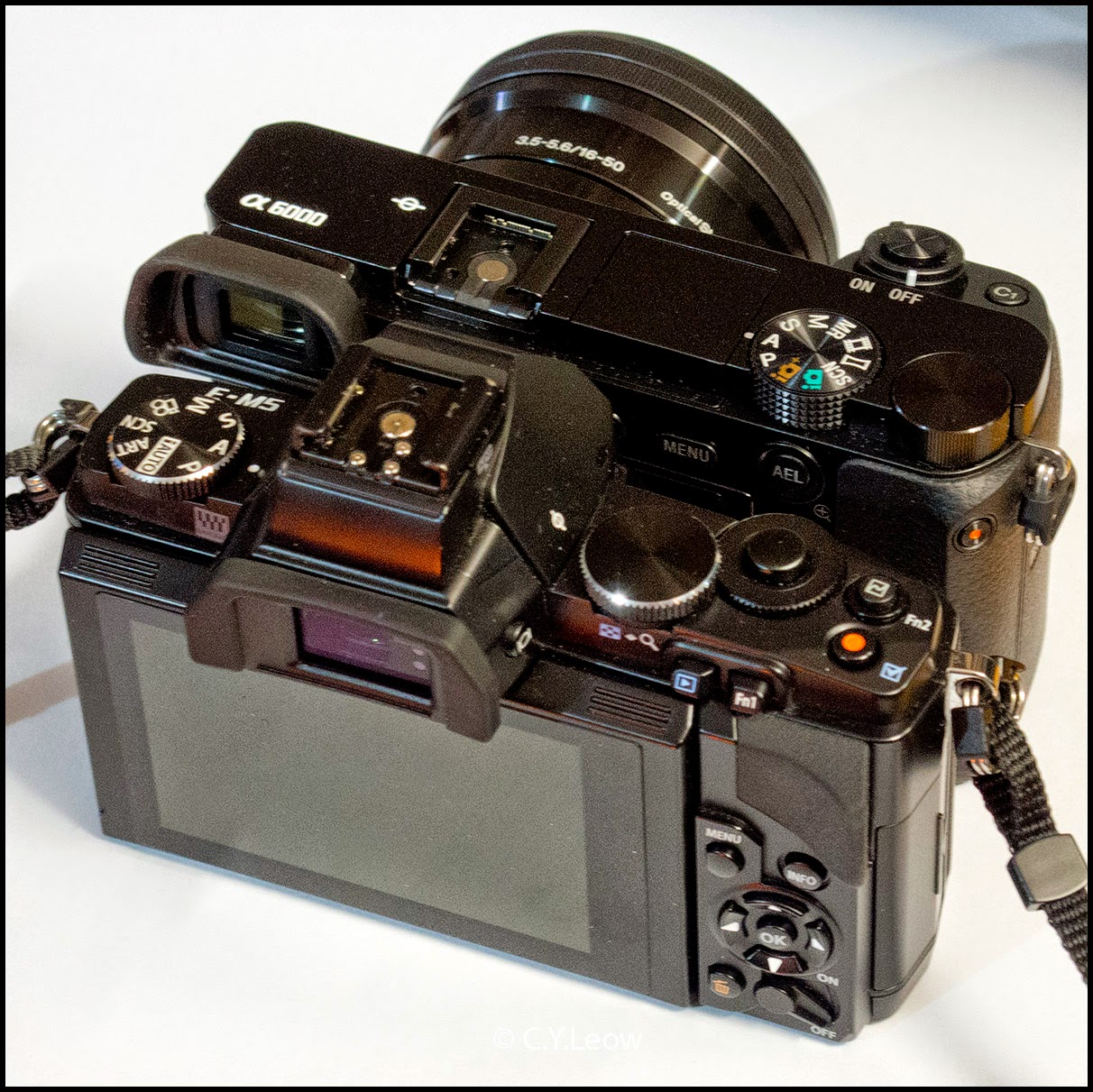 For a compact, I think Sony has got it right, as you can see; it is a bit larger than the Lumix GM1 and NEARLY the same size as my Olympus E-M5. The OM-D is heavier though!

Both camera might have the same size, but the Sony's sensor is nearly TWICE AS LARGE (APS-C) as the Olympus micro four thirds.

Saturday turns out to be a glorious cool, sunny day. 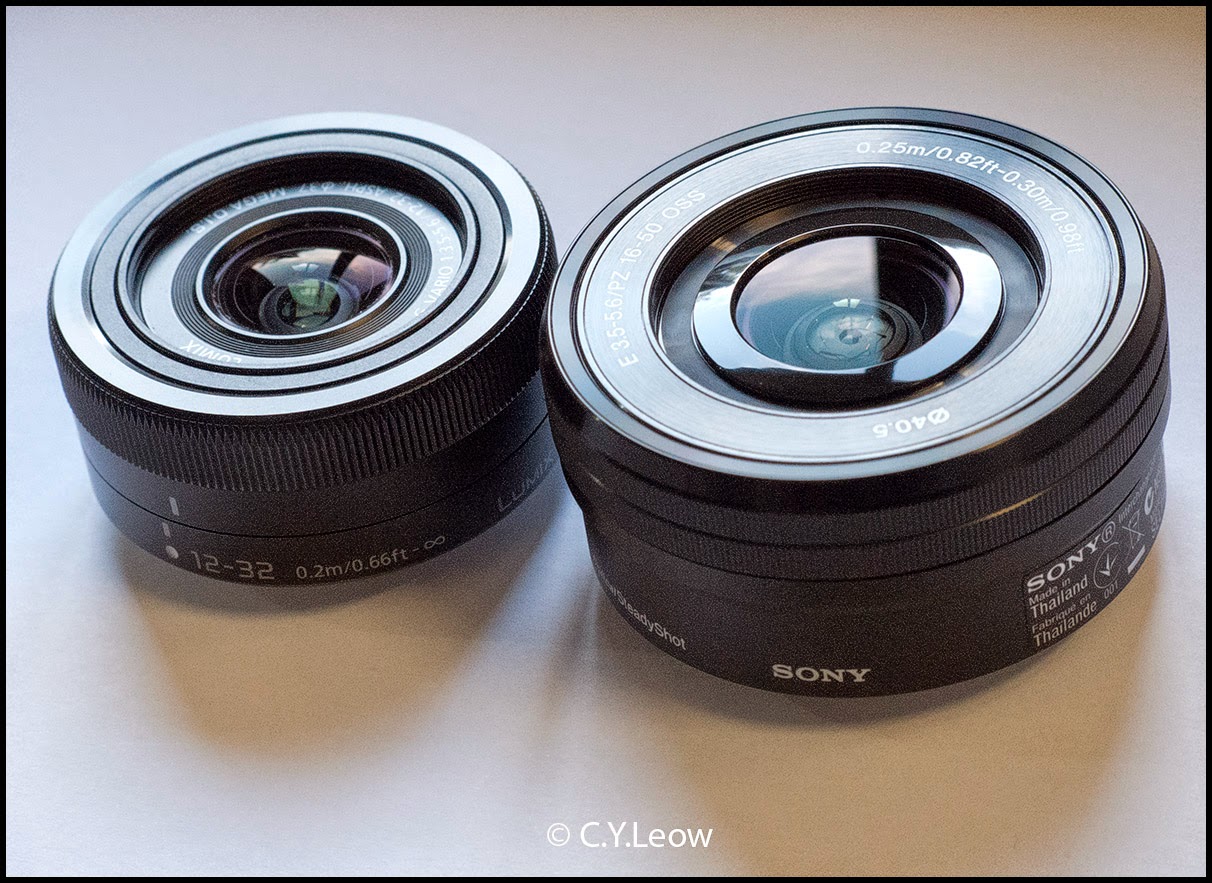 Focussing speed of the 16-50 was pretty swift, but I don't think it is "fastest in the world" as claimed by Sony ;) 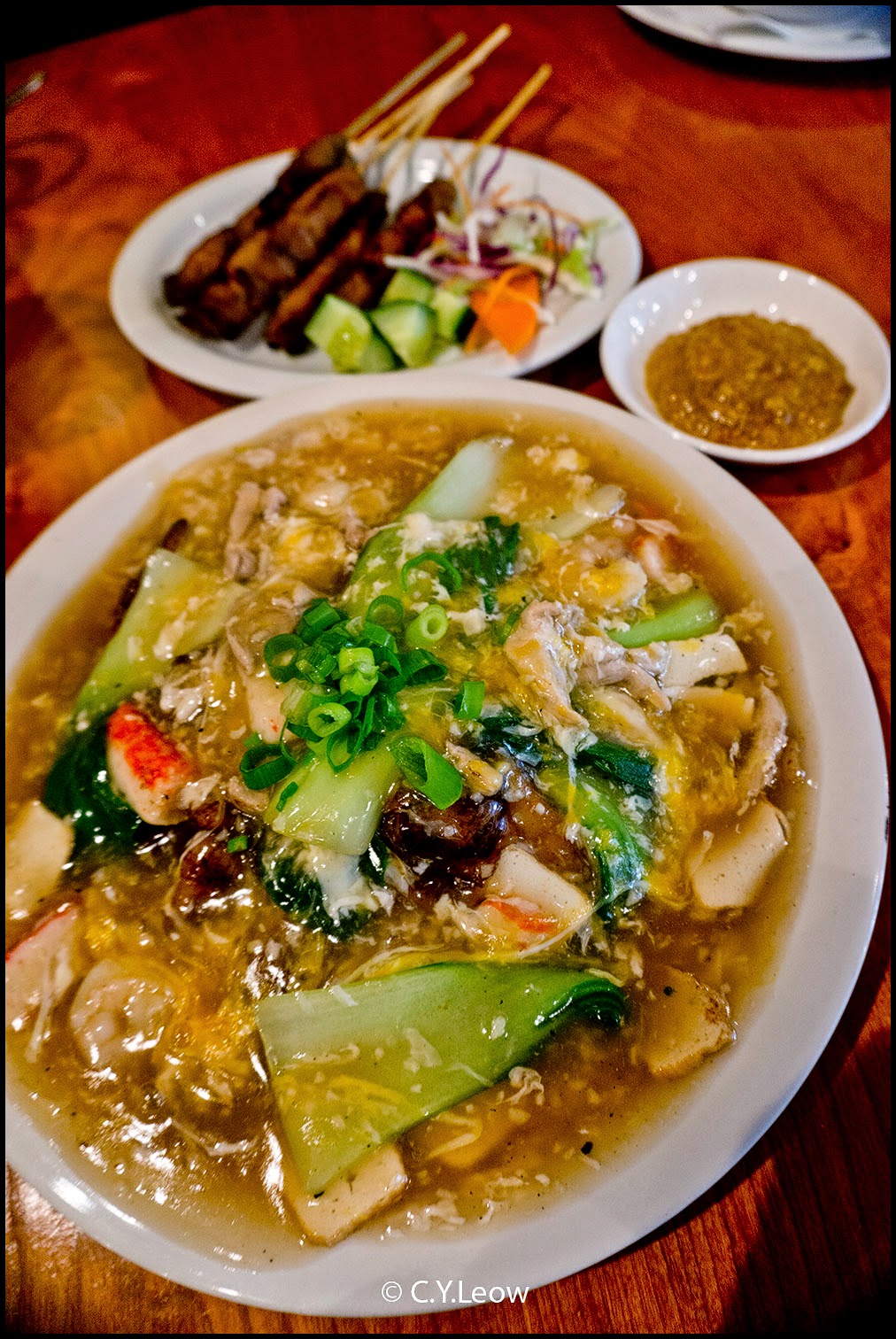 My first foodie shot with the A6000, I was impressed with the colour of this "cheap" kid, oops! Kit lens!  The 24mm (eqv) and f4 setting did justice to this delicious lunch we had at Satay Kajang, Dixon St, Wellington. Their flat rice noodles in egg gravy (wat tan hor) was superb!

Sunday was another fine day and I took the A6000, with just the compact zoom for a work out, at the Harbourside Market (Waitanki Park open air market), where there is colour galore! Perfect place to test the colour fidelity of your camera and lens! 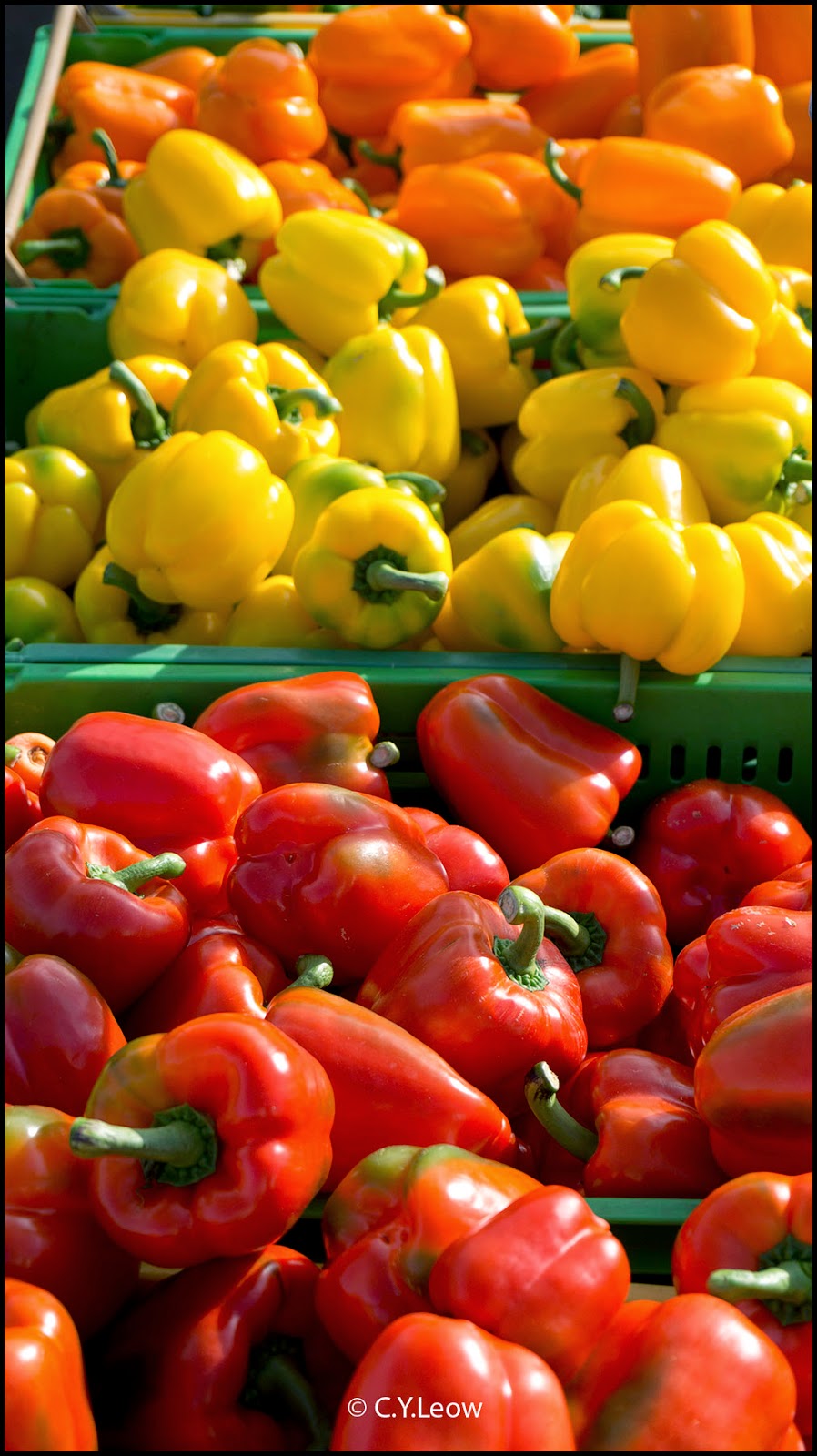 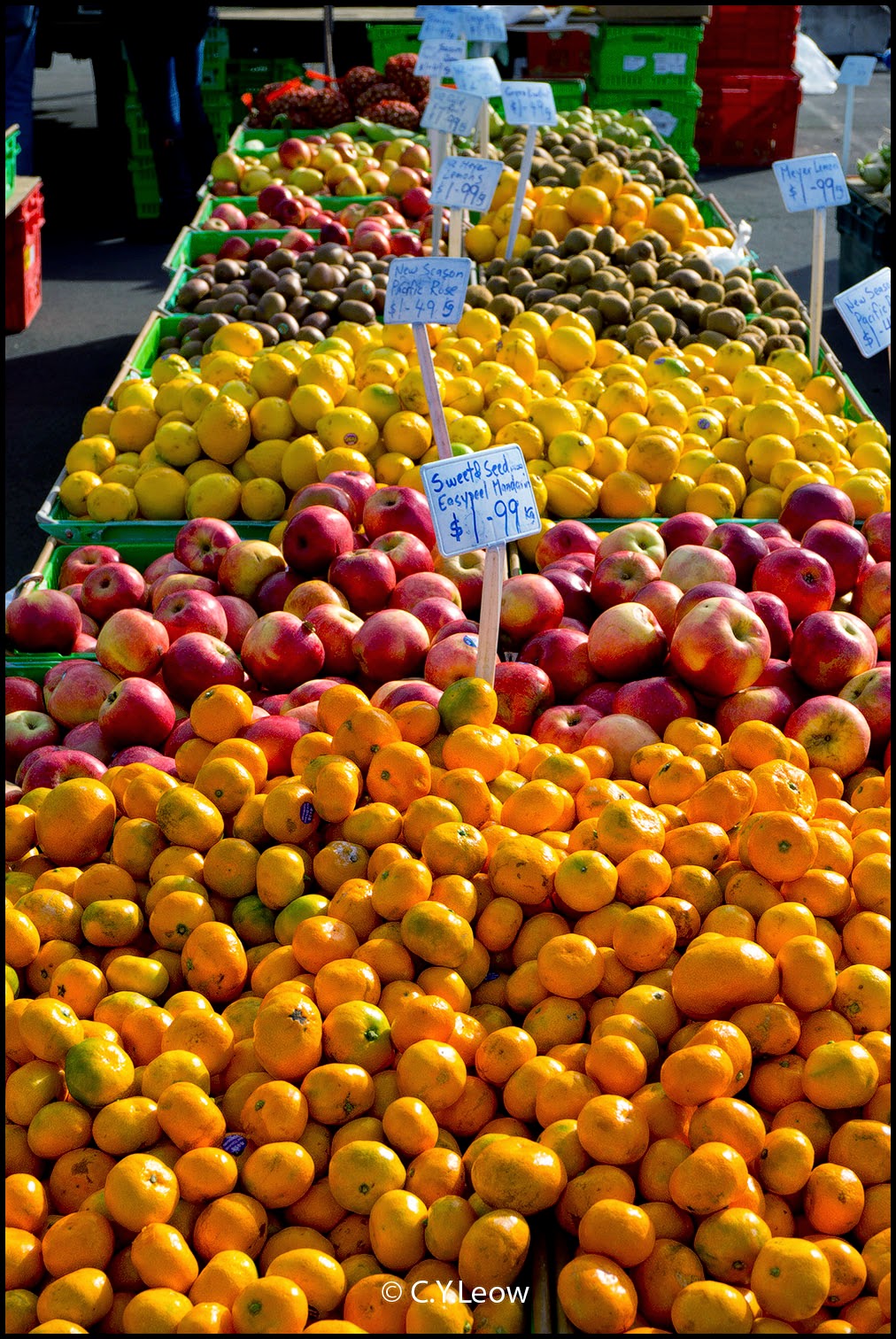 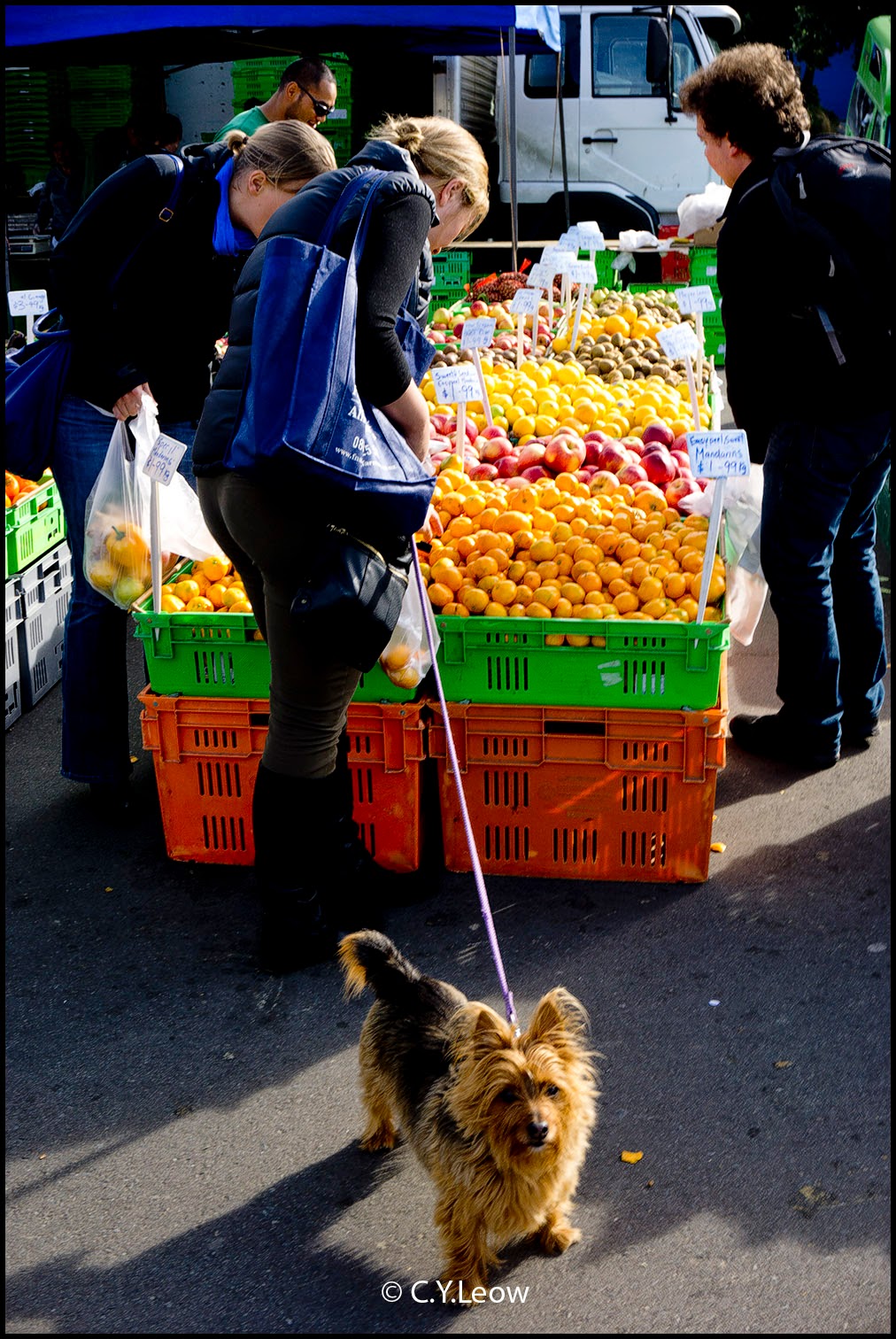 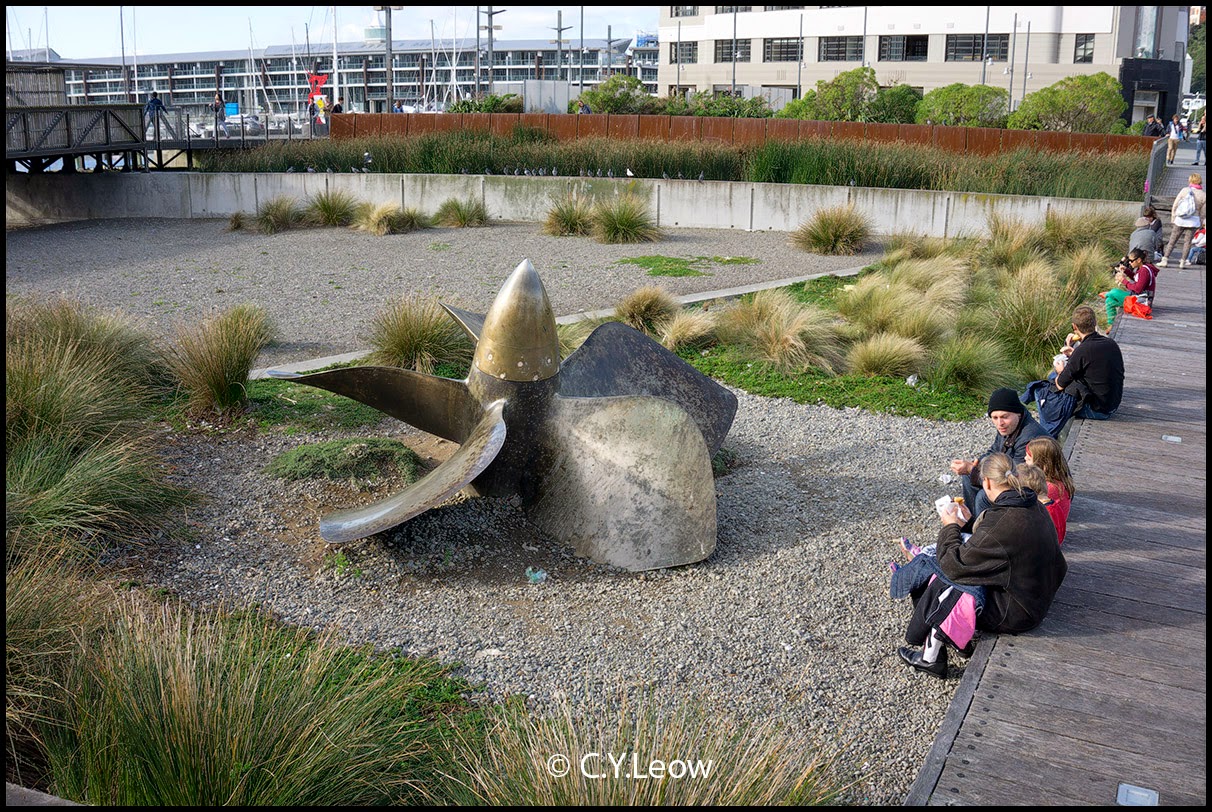 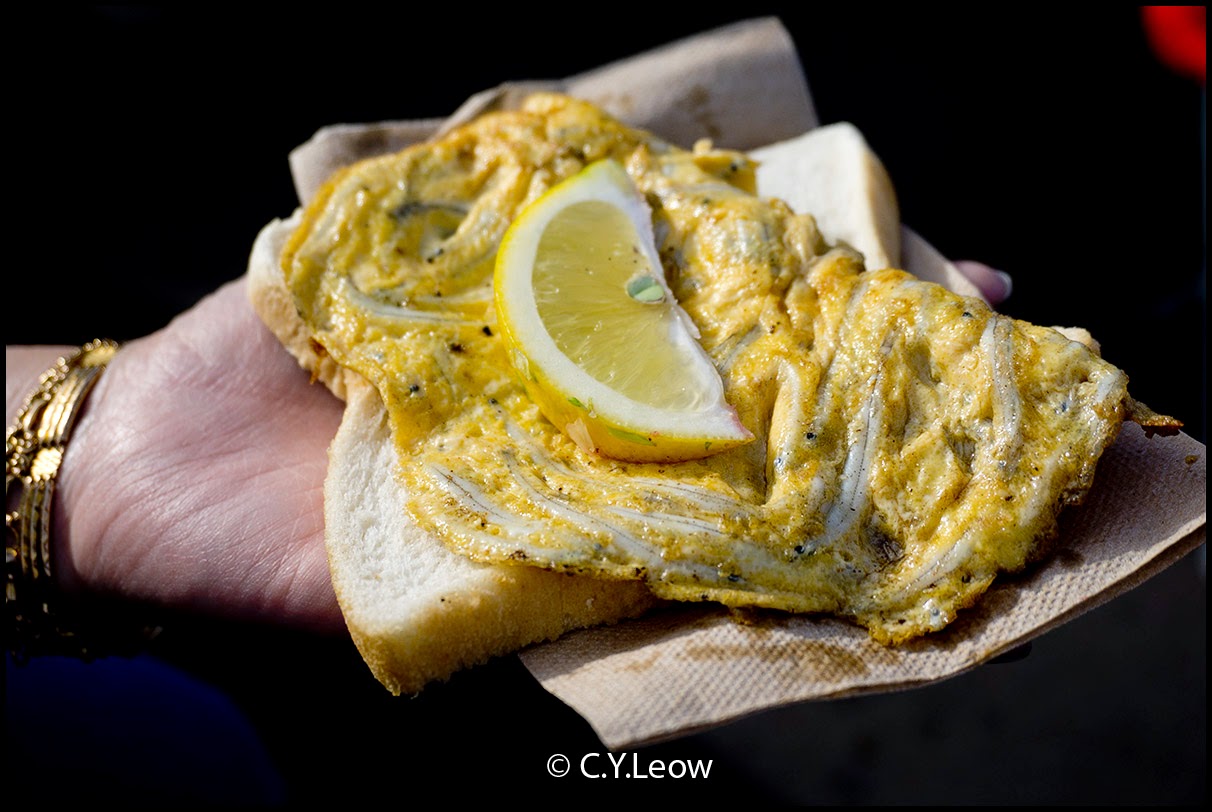 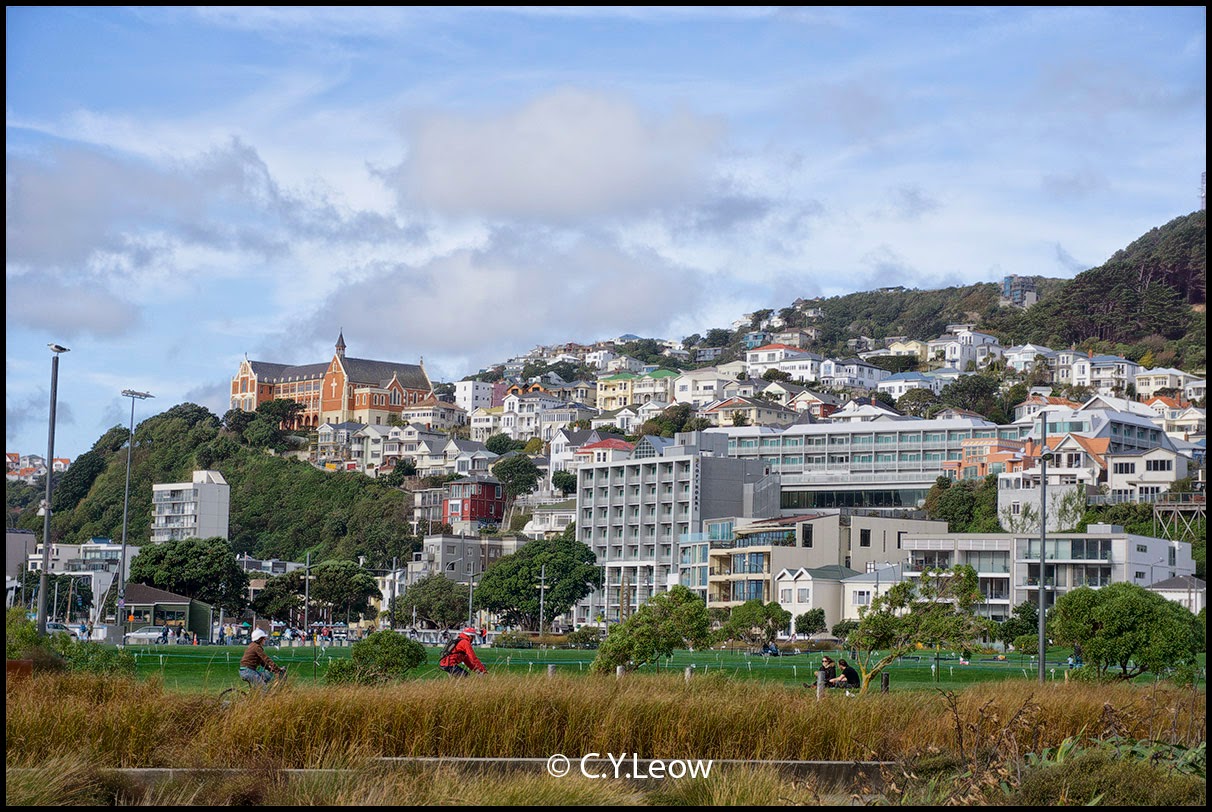 From rendering accurate colour hues of various fruits to the excellent bokeh control of the iconic NZ whitebait fritter, the very compact kit zoom that came with the A6000 delivered a great job! 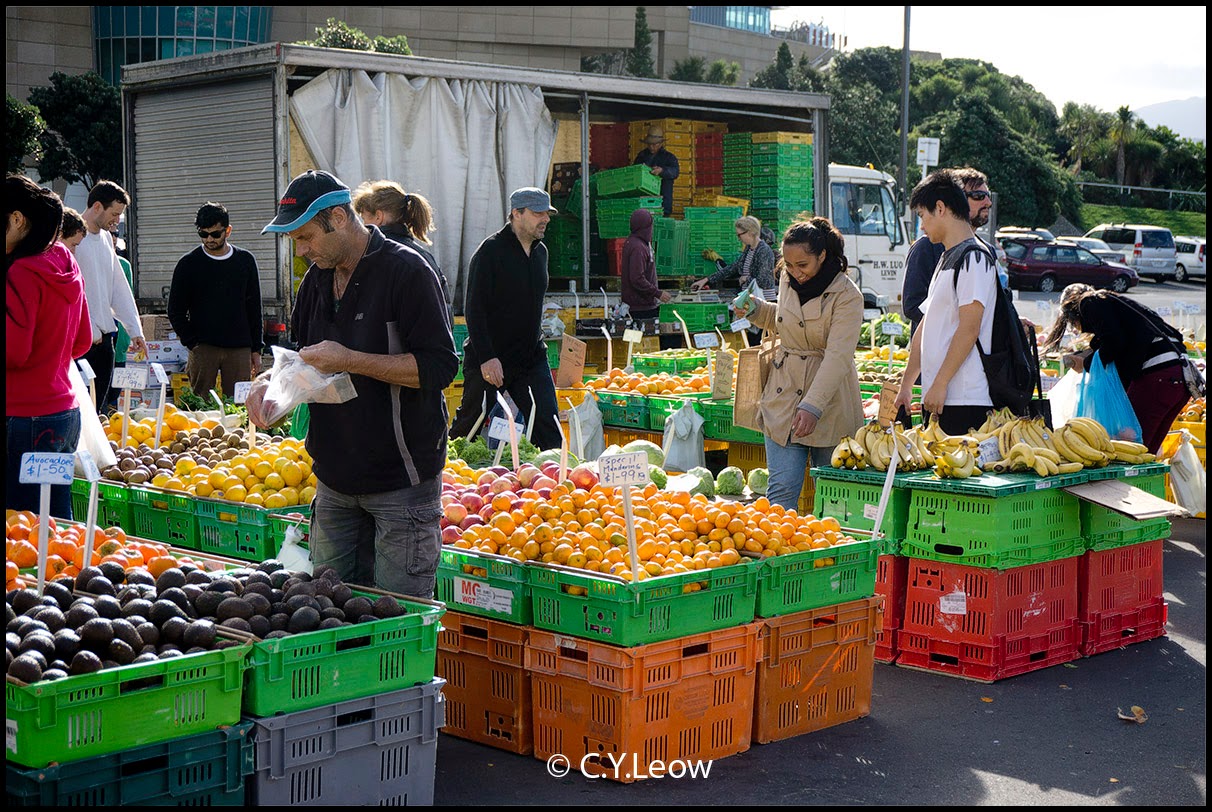 Strong backlight did not bother the little zoom either, there was no noticeable flare.

Now we know the A6000 performed beautifully in daylight, time to find out how
well it copes under high ISO demand.

Before we do that, bear in mind that the Sony sensor in the A6000 is nearly 50% LARGER than the Olympus. 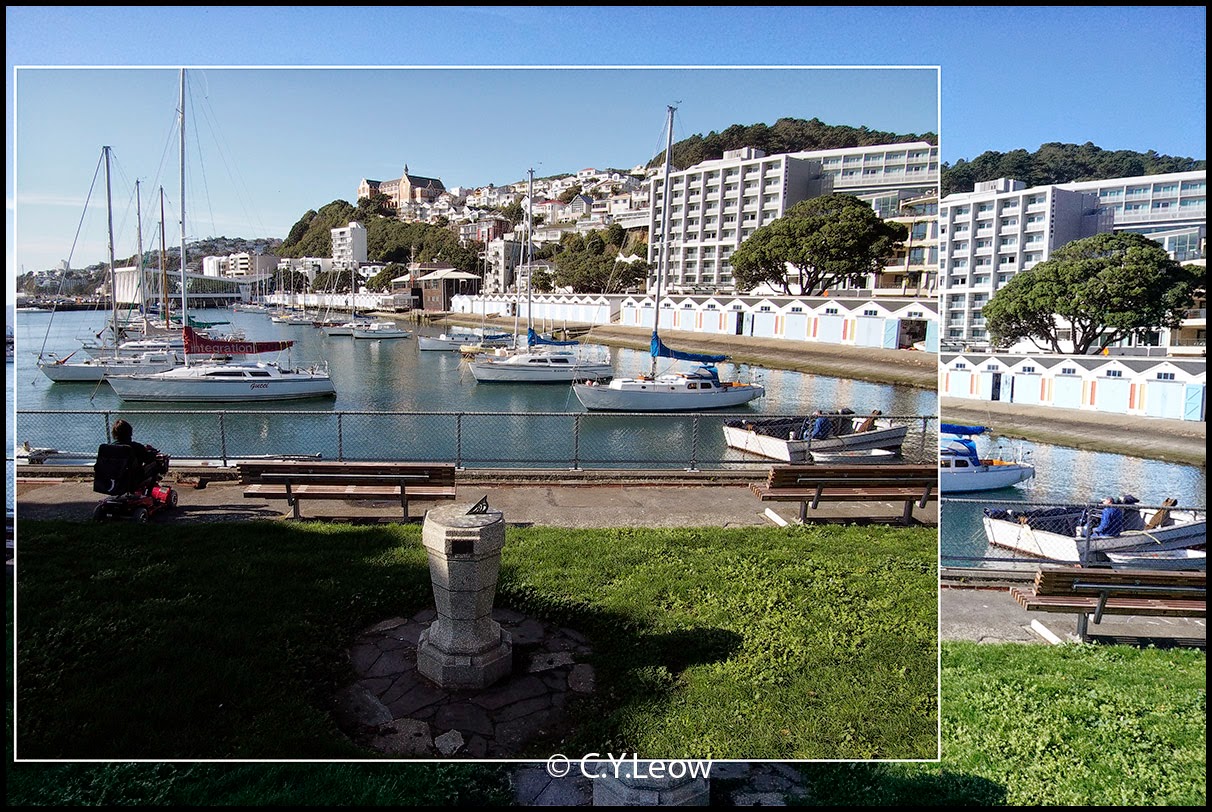 The picture above will give you some idea how much larger the Sony sensor is. The smaller picture came from the Olympus. Is LARGER, BETTER? We will see ;) 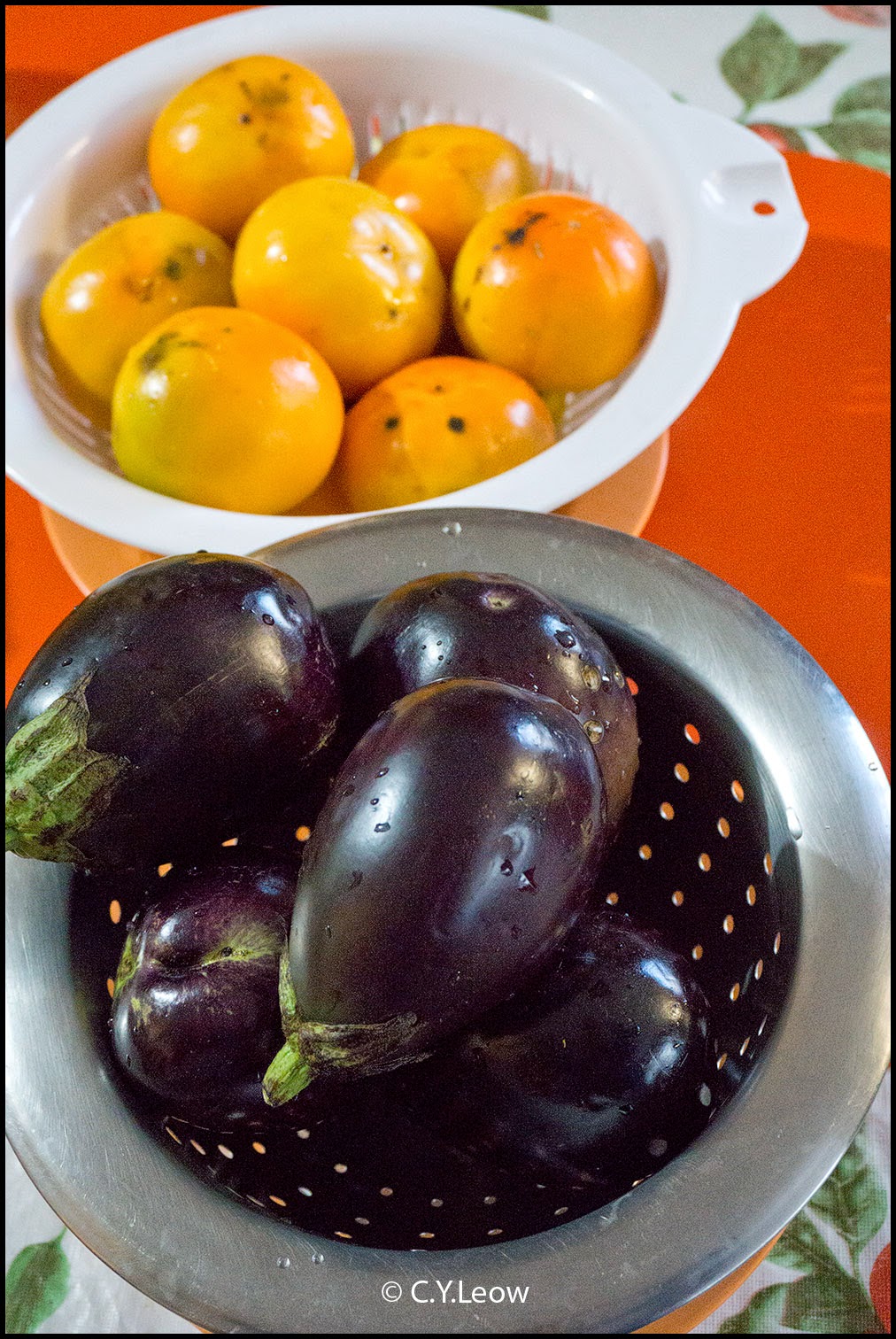 
What do you know, under pressure, the Olympus smaller sensor seems to deliver slightly finer grain (noise) than the A6000; even though the Sony have a much larger sensor.

Both cameras performed admirably under high ISO though.

Monday... I took the Sony to work, as expected Nigel went a bit gaga over the sexy compact; he started lasting on "continuous" high of ELEVEN frames per second!

Believe you me, you really get a kick out of firing the Sony like an AK47; "Br-brr-brr-brr" and you ended up with HUNDREDS of useless, HUGE files; clogging up your SD card ;) 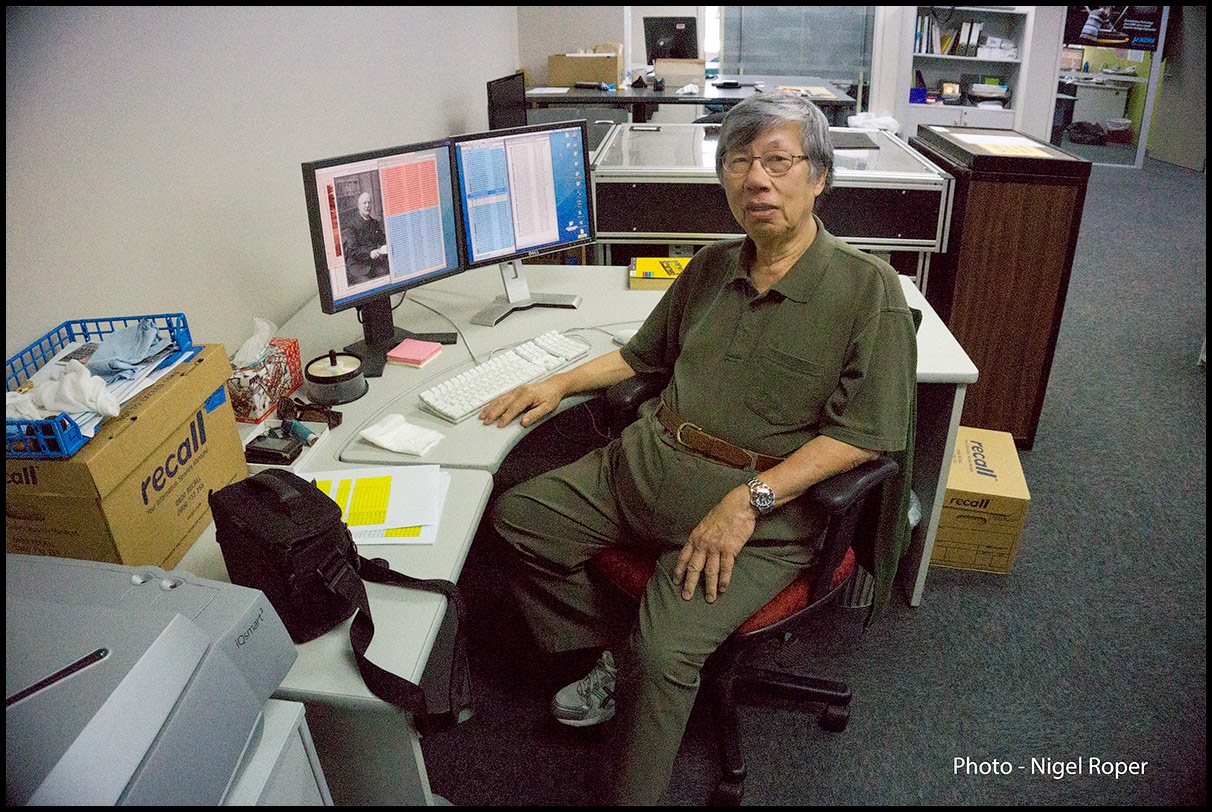 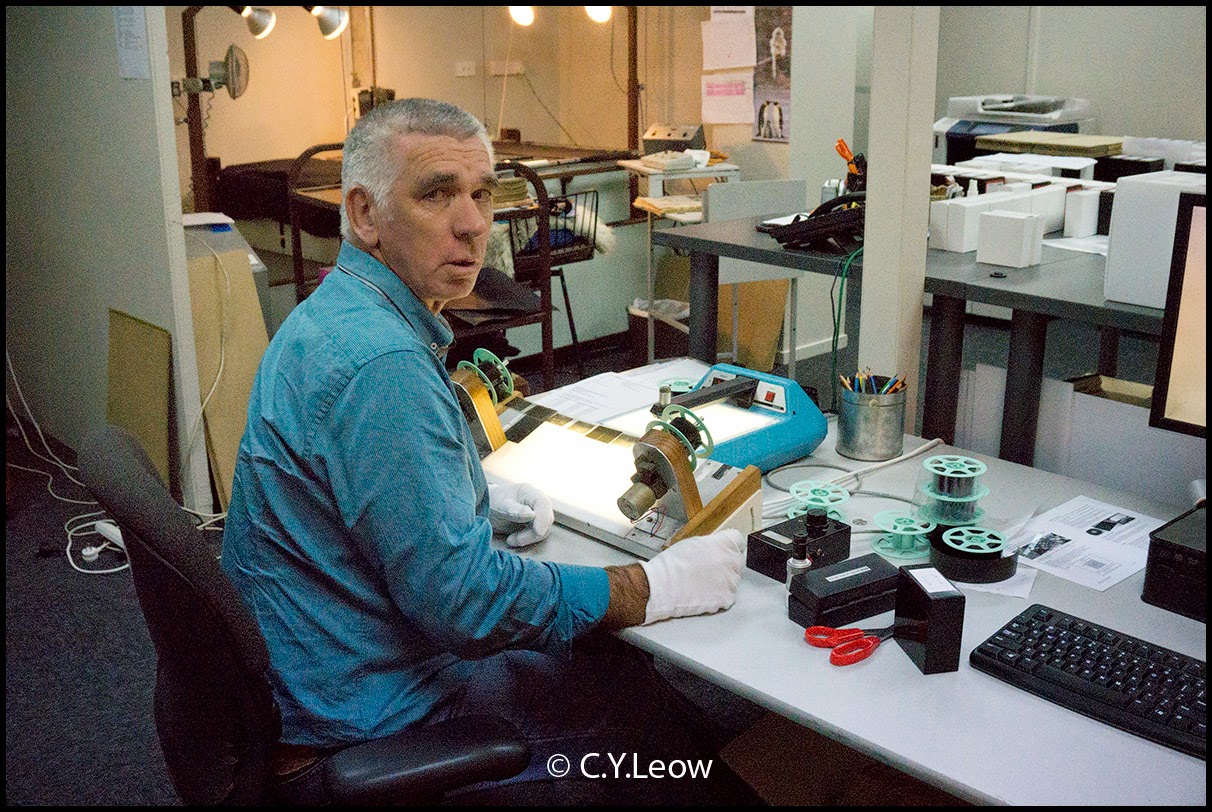 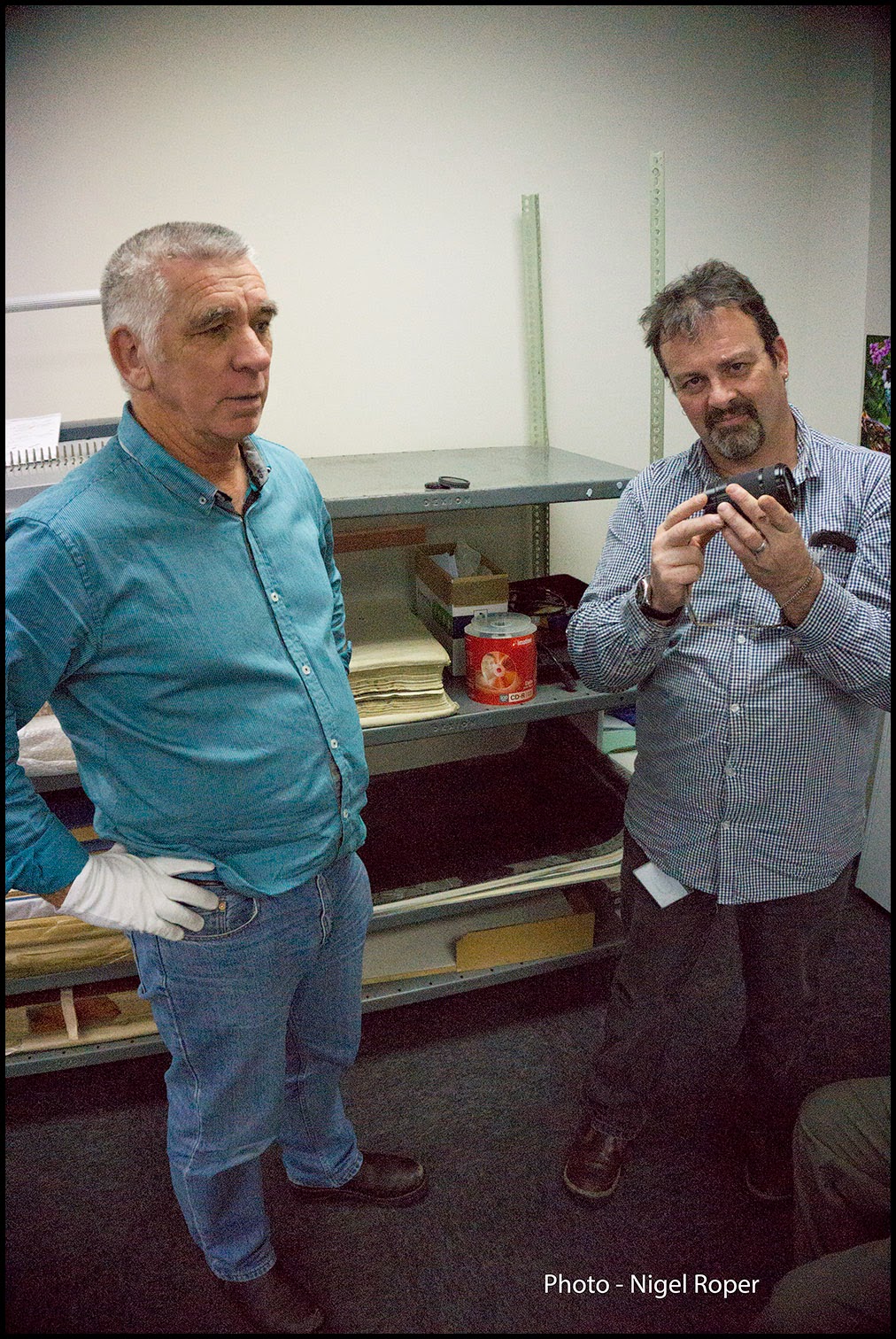 Look... it is that Vignette again!  Why it only appear in RAW (converted to DNG) I never know. If you shoot JPEG, the vignettes are not there.

Not bad for that kind of high ISO eh?

I will be telling you about that in my next post, be patient!

I will buy one in a flash, but I am not because I have so many cameras!

The Sony is light, easy to use and fun.

Are there anything I don't like about the camera? 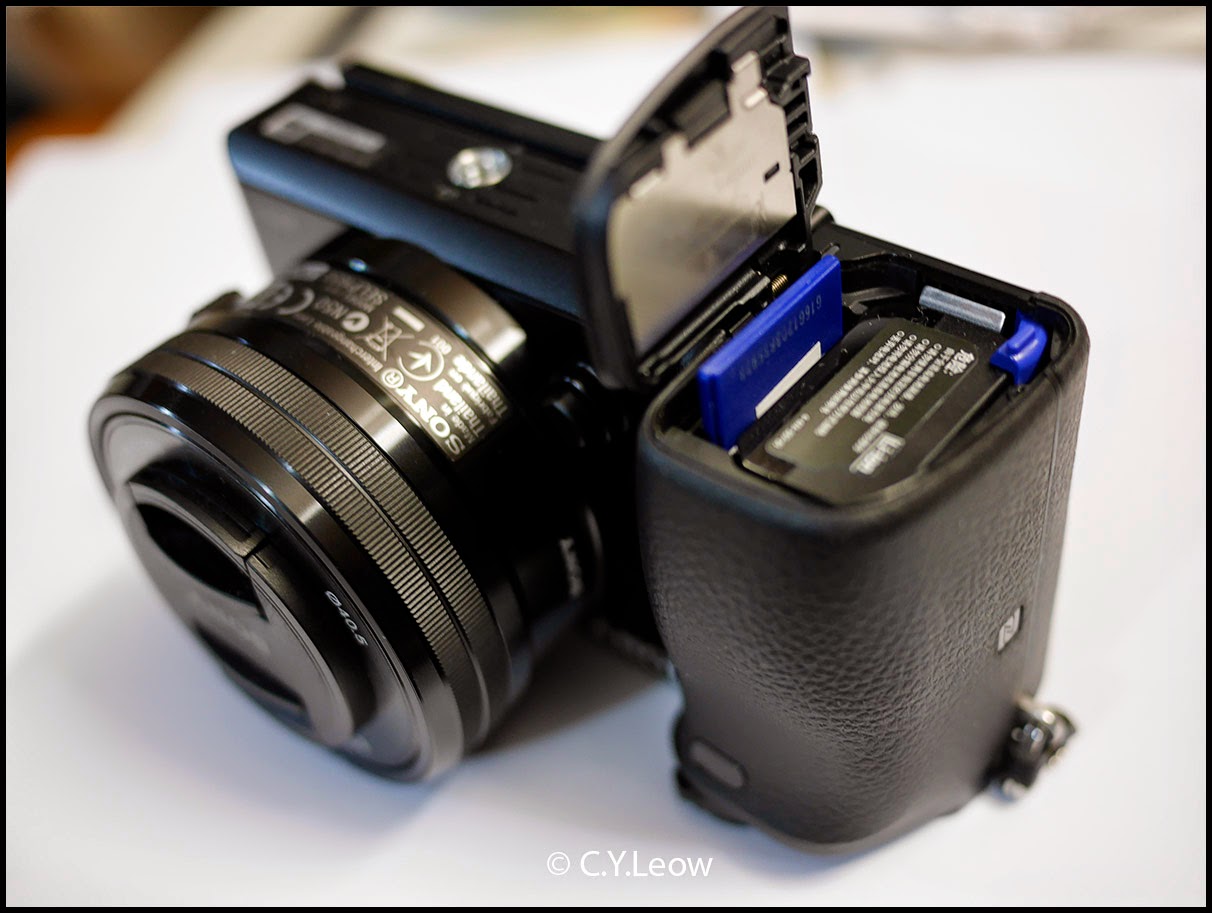 1- Trying to pull out the ejected SD card is downright impossible, unless you have very slender fingers like a pair of pliers. Come on Sony, why can't you put the card on the other side of the grip?

2- I took about 20 shots with the functioning camera before I realise I did not replace the SD card! Where is the warning?  I can see disaster and disappointment waiting to happen!


Those are the only "I can live with that" irritations I find from a very loveable compact camera :)

**  Appreciation and thanks to Ben of PHOTO WAREHOUSE, Wellington for letting me test the Sony.
Posted by cy.leow at 9:17 PM

Email ThisBlogThis!Share to TwitterShare to FacebookShare to Pinterest
Labels: Sony