Travelling to different tourist's attractions in Paris, our transport of choice is the Metro. In this instance, Metro is a rapid transit rail system, also known as a subway or underground. 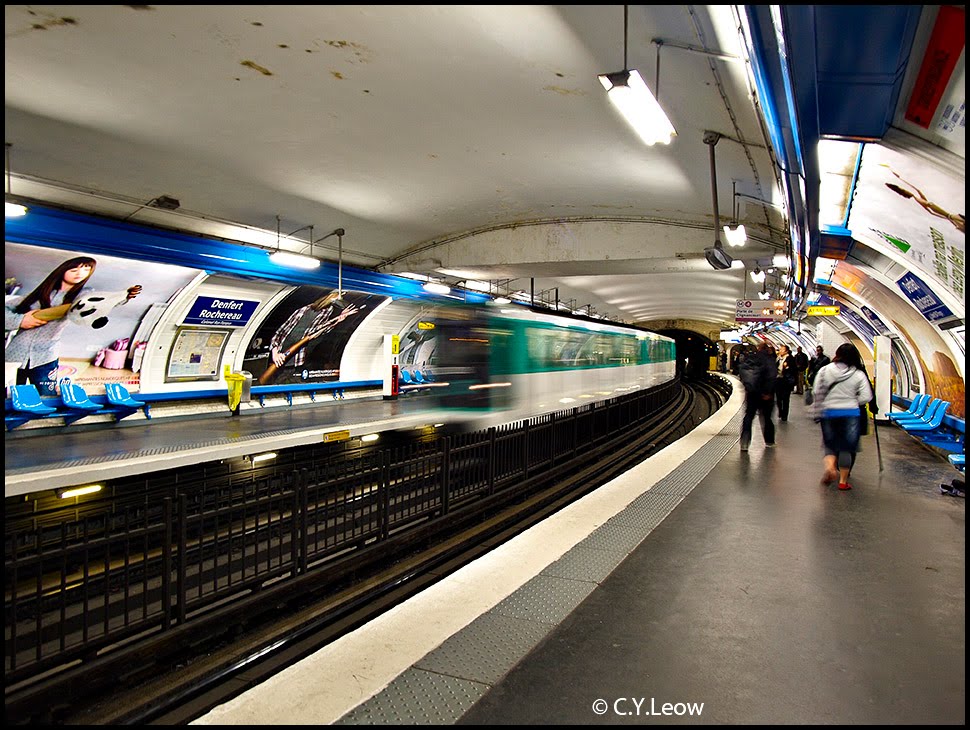 The Paris Metro are very efficient, you get a train every 5 to 10 minutes. During peak hour the train can be really packed though! I mean REALLY, really packed; like sardines in a can ;) 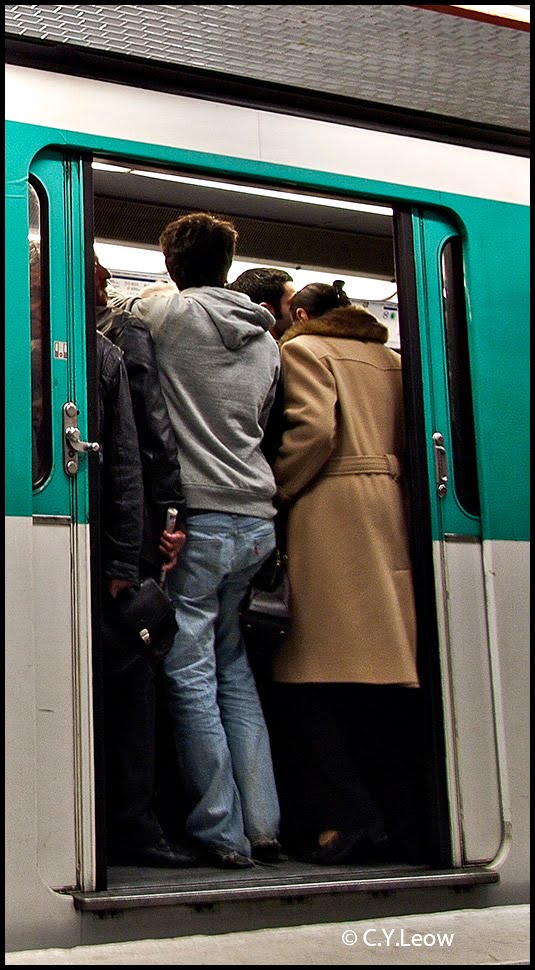 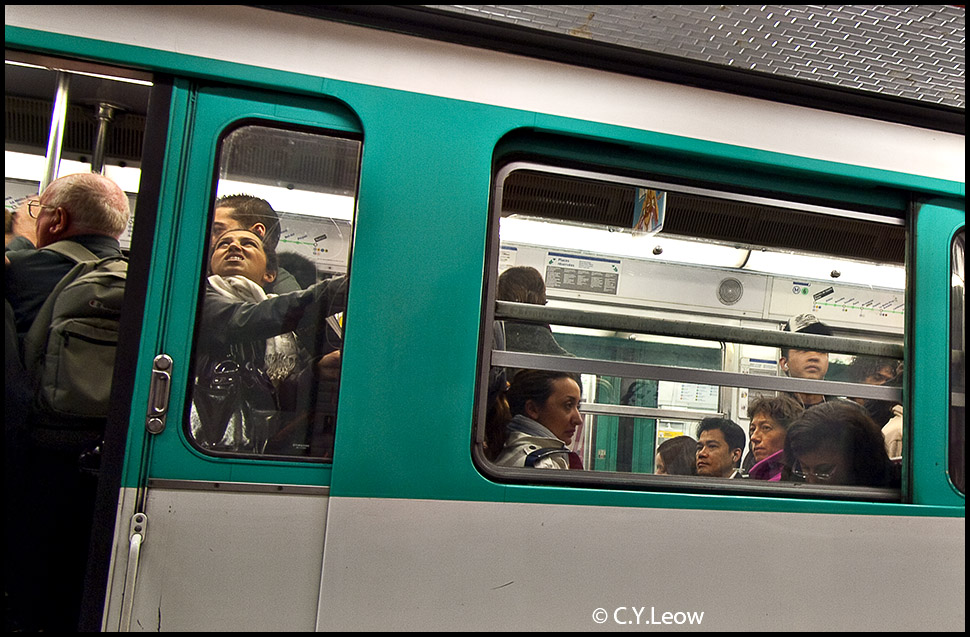 I thought to myself that this must be the time pickpockets do their round? I was wrong!!

After experiencing the sardine pack at 9.30 am, we caught the semi empty train to Châtelet for a transfer.

Châtelet is a station on lines 1, 4, 7, 11 and 14 of the Paris Métro in the centre of medieval Paris and the 1st arrondissement. The station is made up of two parts connected by a long corridor - Wikipedia.

I found the carriage entrance was blocked by three young girls as I try to get up the train at Chatelet, the door closing "siren" was going to signal in 4 seconds.. as I try to push my way up someone scream very loudly at me and at that instance the three girls jump out of the carriage, the door slam shut and the train accelerate...

It was then a young French gentleman asked me if I have LOST anything! I looked at the camera pouch round my waist and realised it is now UNZIPPED! The young man's scream must have frightened those young pickpockets! One of them managed to undo the pouch's zip but did not manage to take my camera out! You bleeding LOOSER!

In reflection, those girls can't be older than 15! So now we have to watch out for young student like girls? Bugger! But wait, there is MORE!

The next morning, the four of us were at Chatelet again, our two daughters went up the train followed by my wife. As I step up, two young girls sandwiched me at the entrance; I said to myself..."here we go again!" I raised my walking stick and lashed out at the cute one, she try to block my blow and in an instance the "chicks" were back on the platform and the train move forward.

I look at my pouch, undone AGAIN! But the losers FAILED to get my camera AGAIN! Ha ha ha...

So if you are at Chatelet, be very careful, I think these girls do their business here because of the many exists and long platforms at Chatelet. May be I was their perfect target? But then they picked wrong! Would I hit her cute face with my walking stick? You bet ;)

I was told these young pickpockets mostly came from Bosnia or Croatia, so keep your eyes peel while you are taking a Metro; watch out for school girl type after peak hour, especially if they are standing at the carriage door when you try to get into the train! 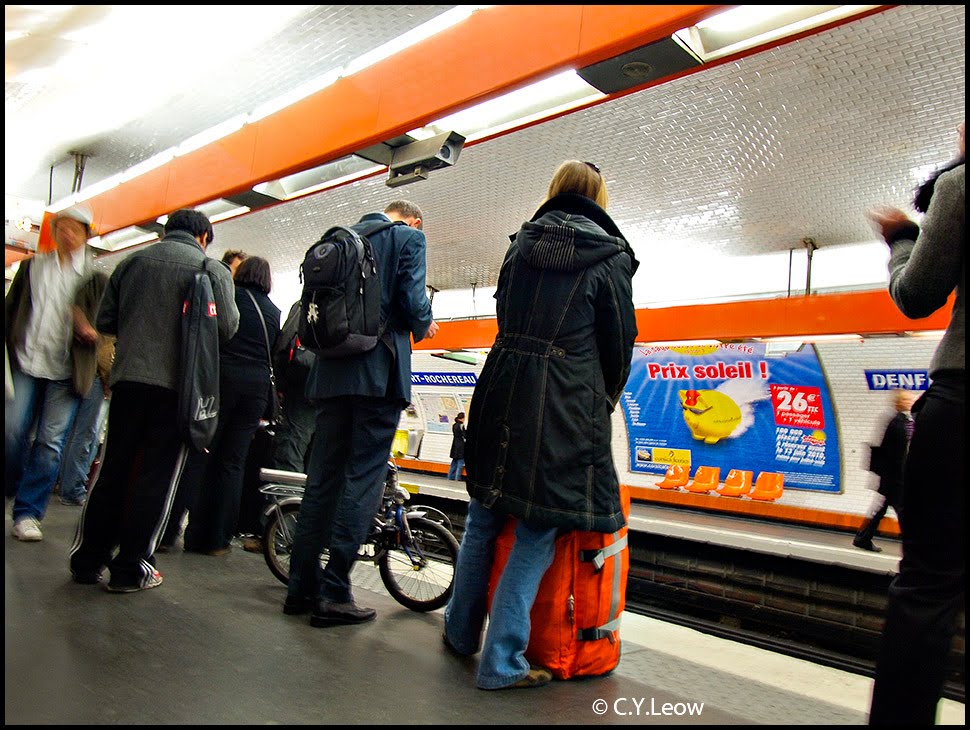 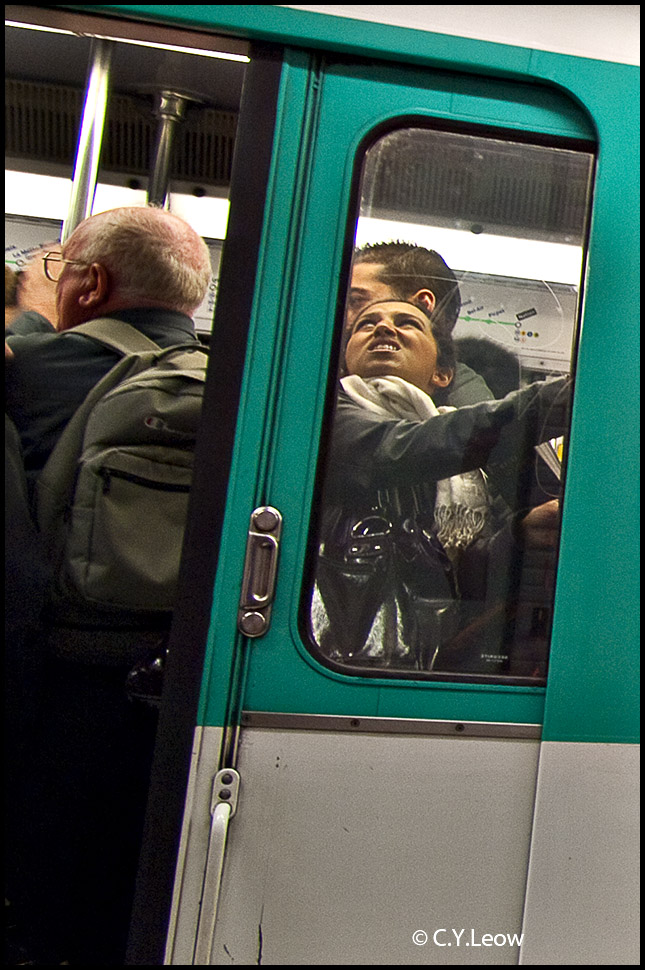 Sure not my idea of a relax life style! Hee hee...