One day left for us in Paris! We only have time to see one last attraction; it will be Notre Dame!

Actually using the name Notre Dame for where we are going is not all correct, according to Wikipedia; Notre Dame (Our Lady) is a term referring to the Blessed Virgin Mary. It might also refer to other churches of the same name in other countries!

Where we are heading is correctly known as Notre Dam de Paris which Wikipedia gave a really detail account of this famous church:

"Notre Dame de Paris (French for Our Lady of Paris), also known as Notre Dame Cathedral, is a Gothic, Roman Catholic cathedral on the eastern half of the Île de la Cité in the fourth arrondissement of Paris, France. It is the cathedral of the Roman Catholic Archdiocese of Paris: that is, it is the church that contains the cathedra (official chair), of the Archbishop of Paris, currently André Vingt-Trois. Notre Dame de Paris is widely considered one of the finest examples of French Gothic architecture in France and in Europe. It was restored and saved from destruction by Eugène Viollet-le-Duc, one of France's most famous architects. The name Notre Dame means "Our Lady" in French, and is frequently used in the names of Catholic church buildings in Francophone countries. Notre Dame de Paris was one of the first Gothic cathedrals, and its construction spanned the Gothic period. Its sculptures and stained glass show the heavy influence of naturalism, unlike that of earlier Romanesque architecture."


I was here in 1994 and the famous church was having a major program of maintenance and restoration since 1991, the exercise was intended to last for ten years, and was still in progress as of 2009!

Now, I think the church is back to its former glory; look at the shots below and tell me if "Our Lady" is not the most majestic of them all! 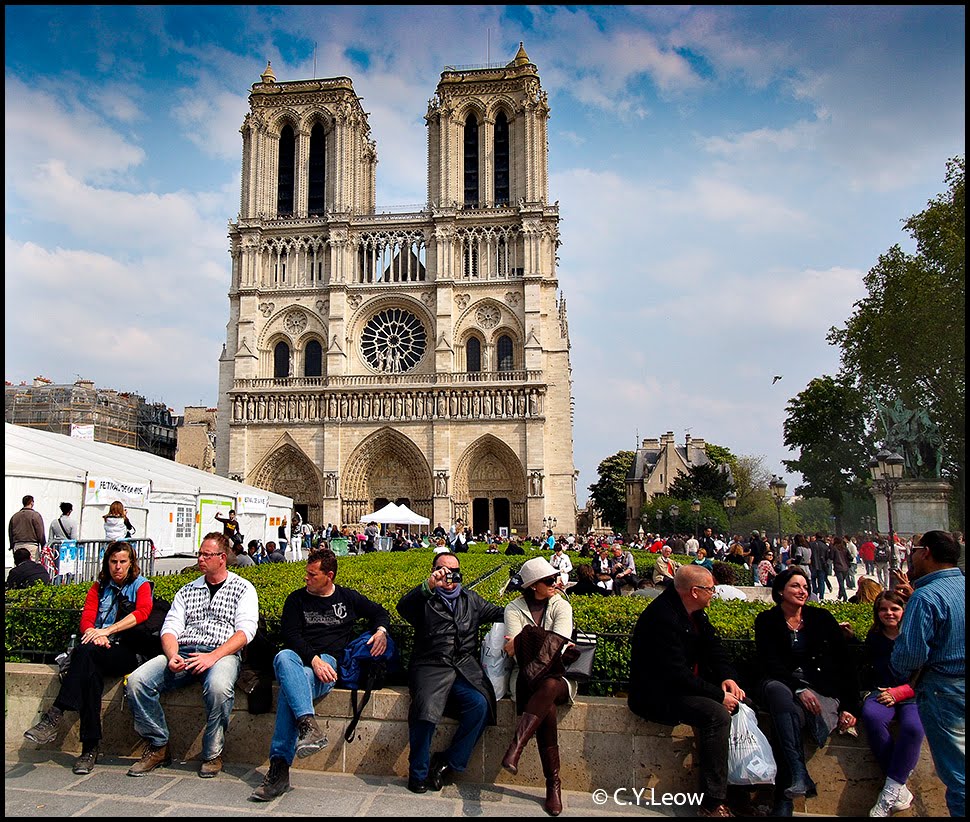 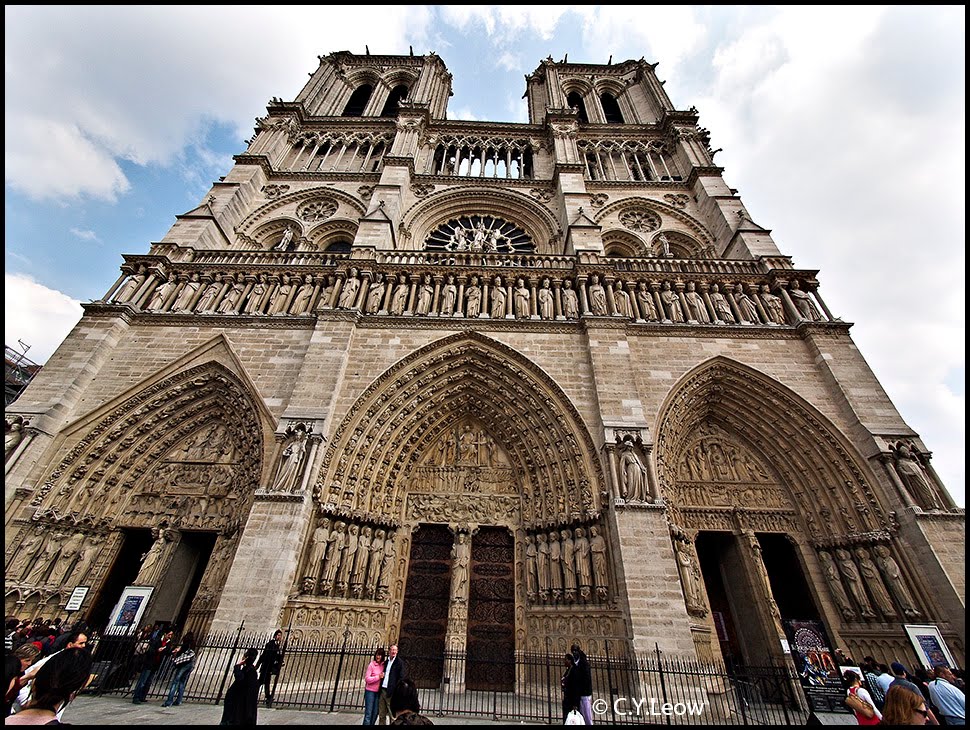 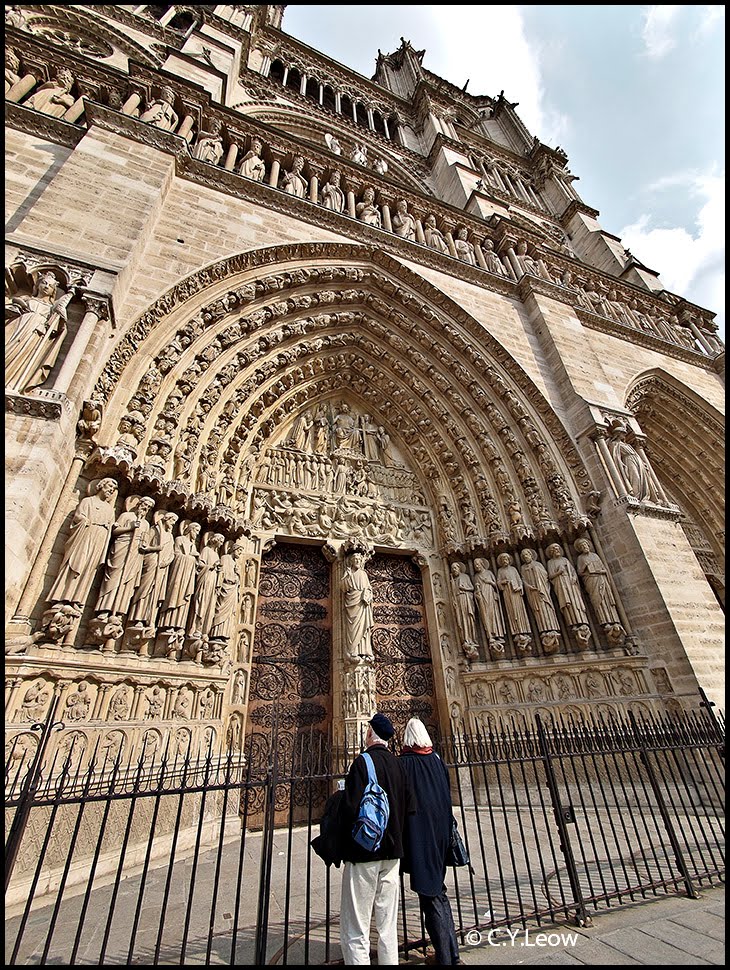 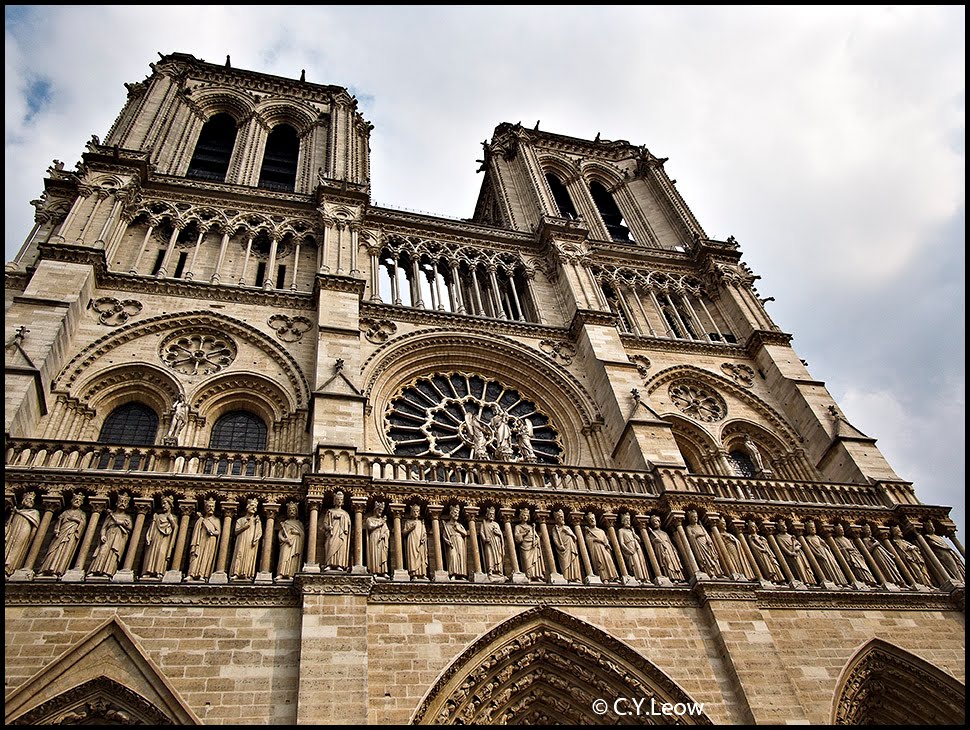 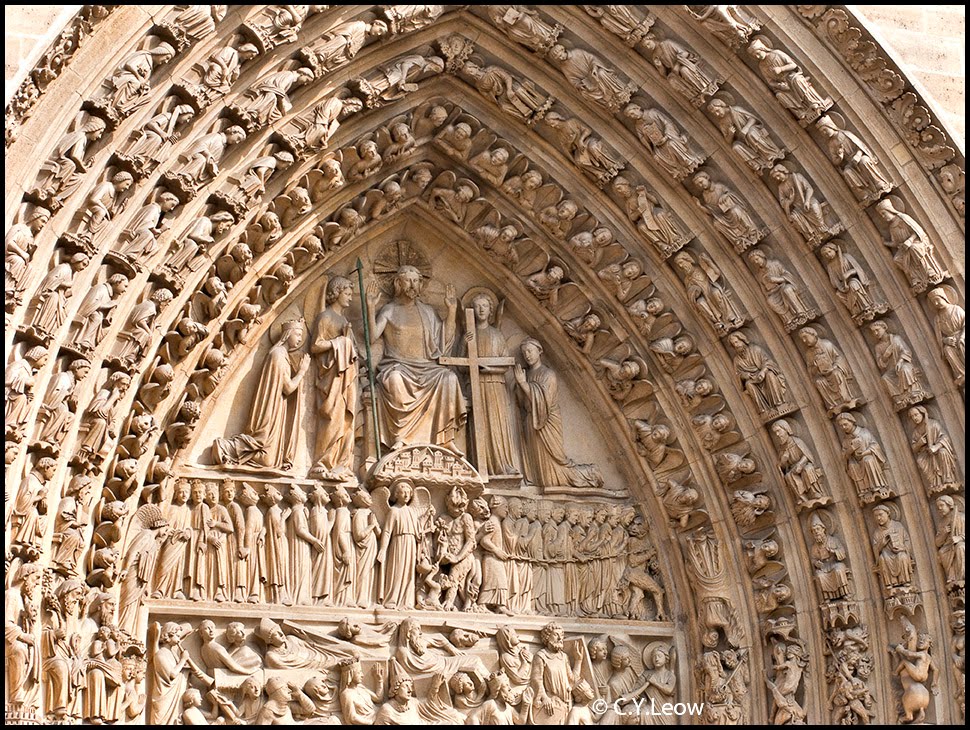 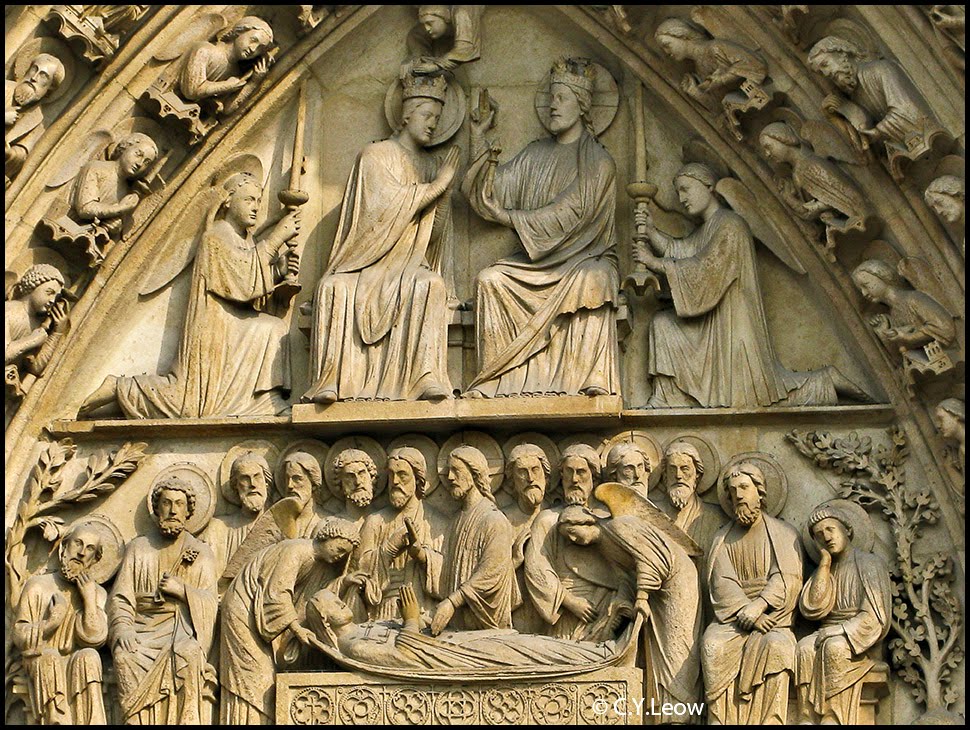 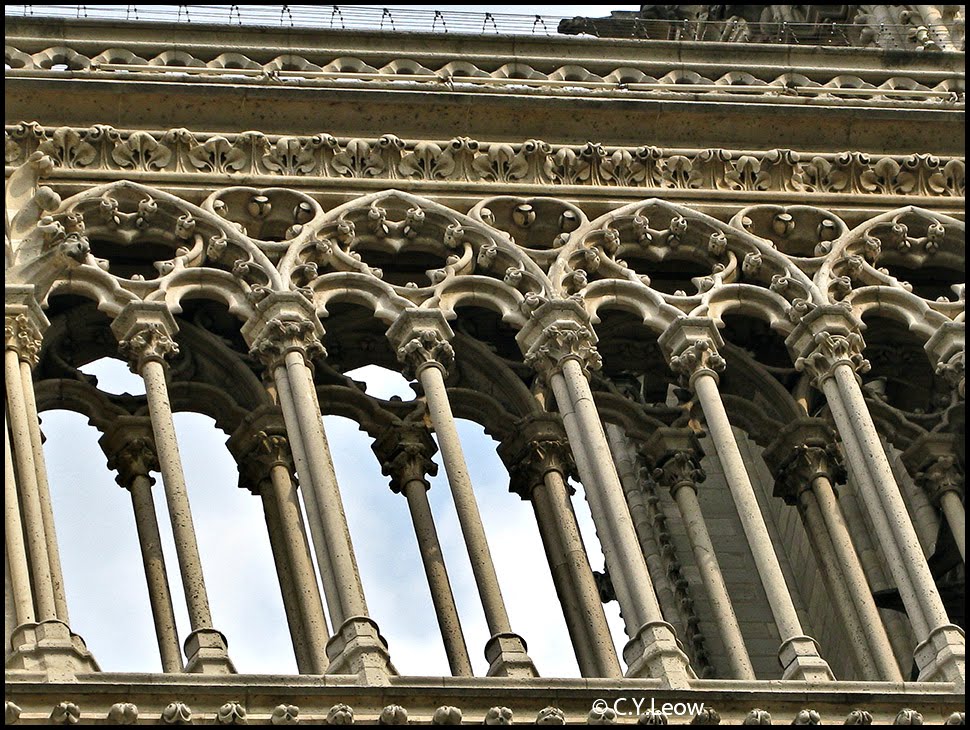 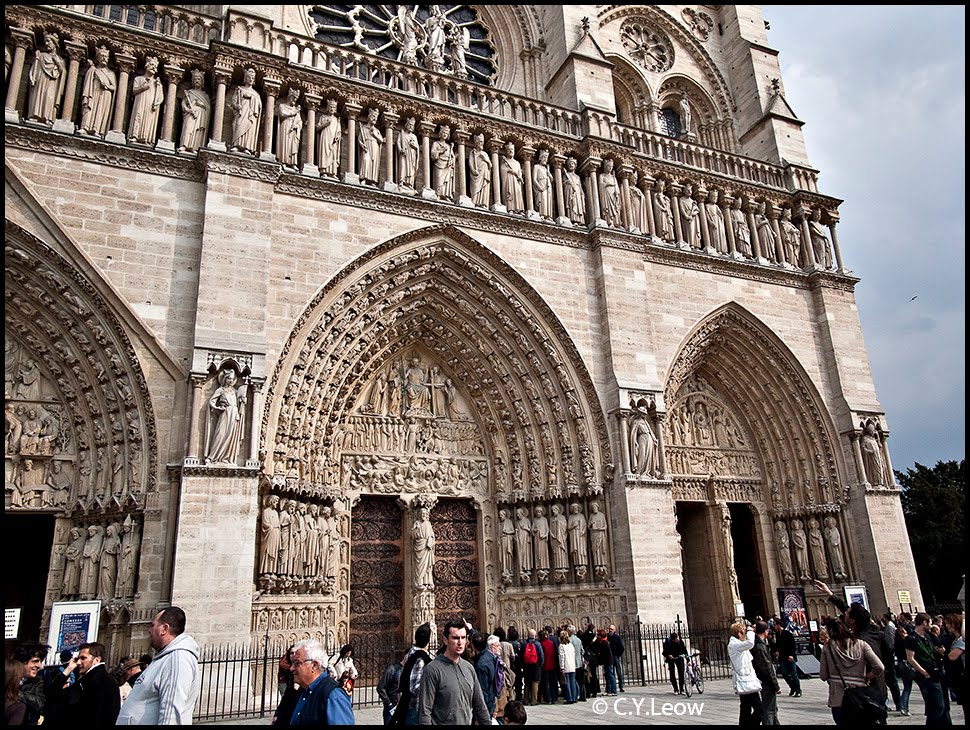 The impressive exterior of Notre Dame de Paris and the delicate sculptures making up most of the church wall. 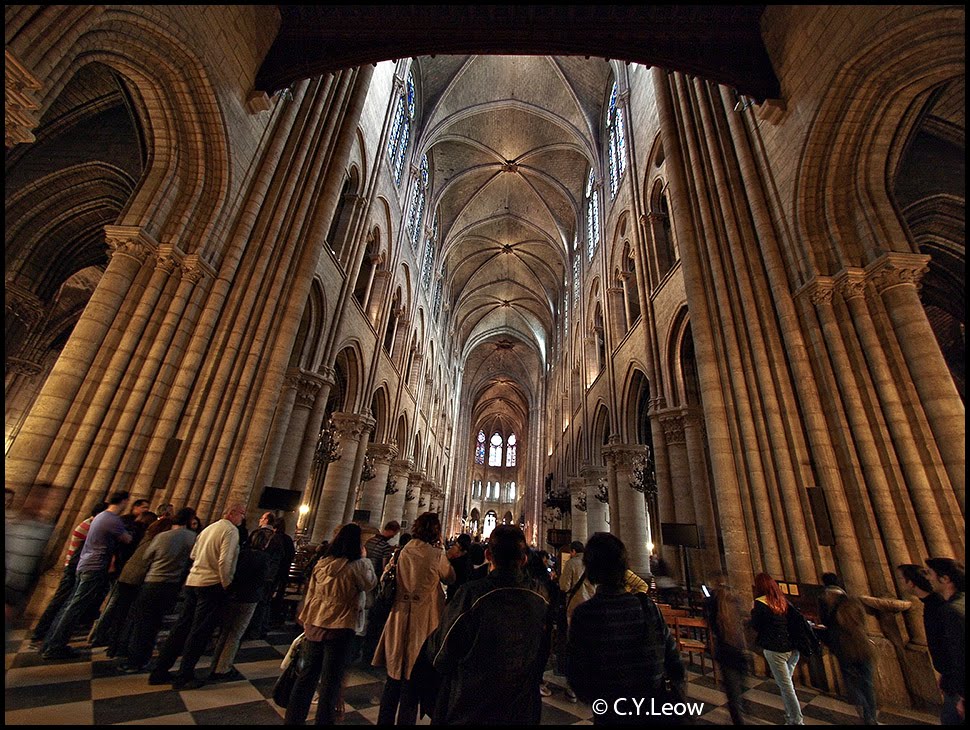 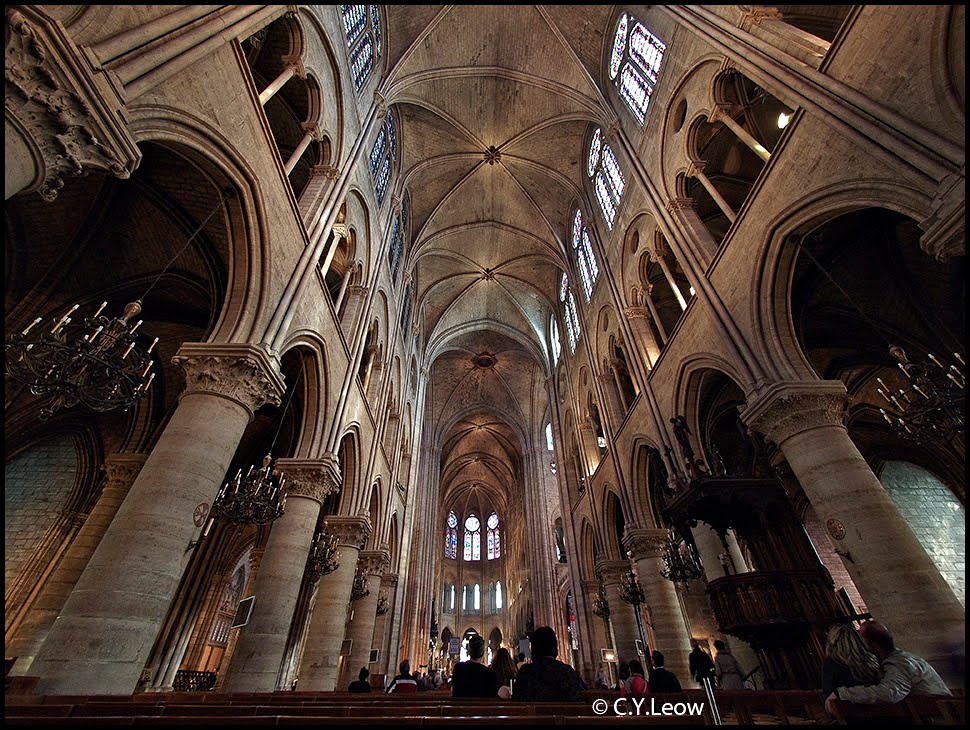 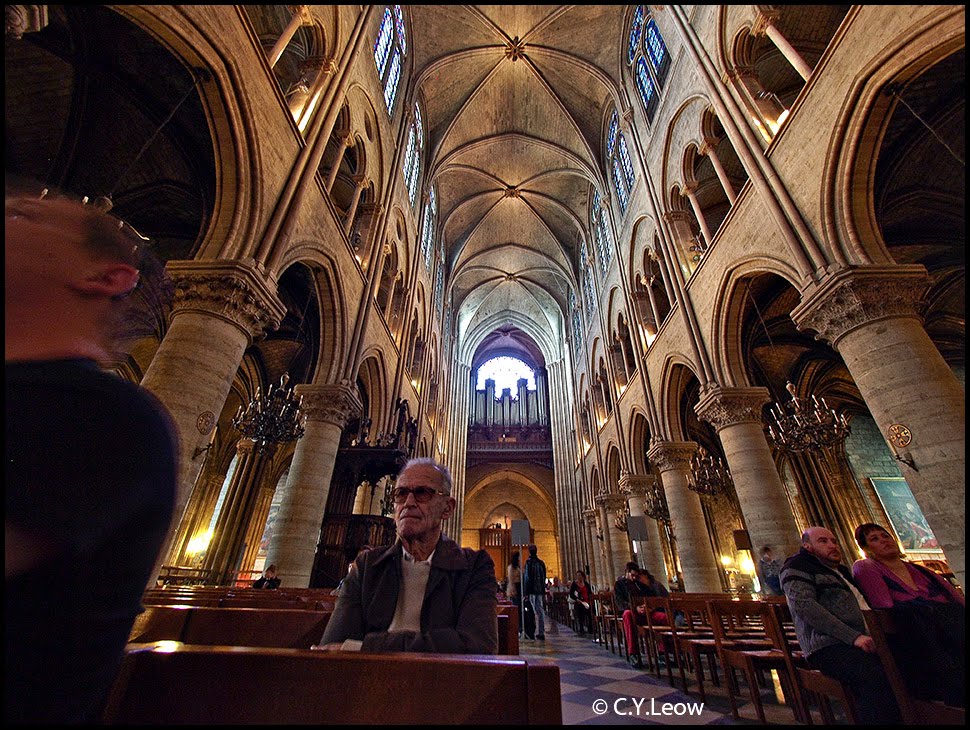 A photographer's nightmare! It is VERY very tall and VERY very dark! A place where you get sorted to be a boy or a man :) Ha ha ha... Trying to capture the grandeur's of the interior with your little point and shoot? You will be disappointed! 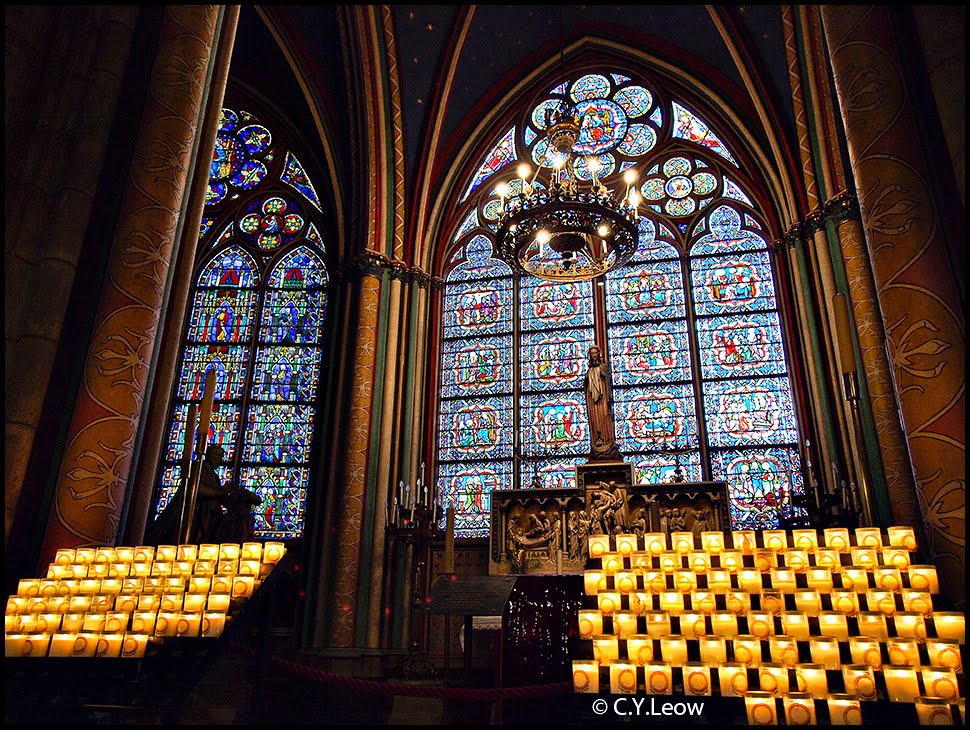 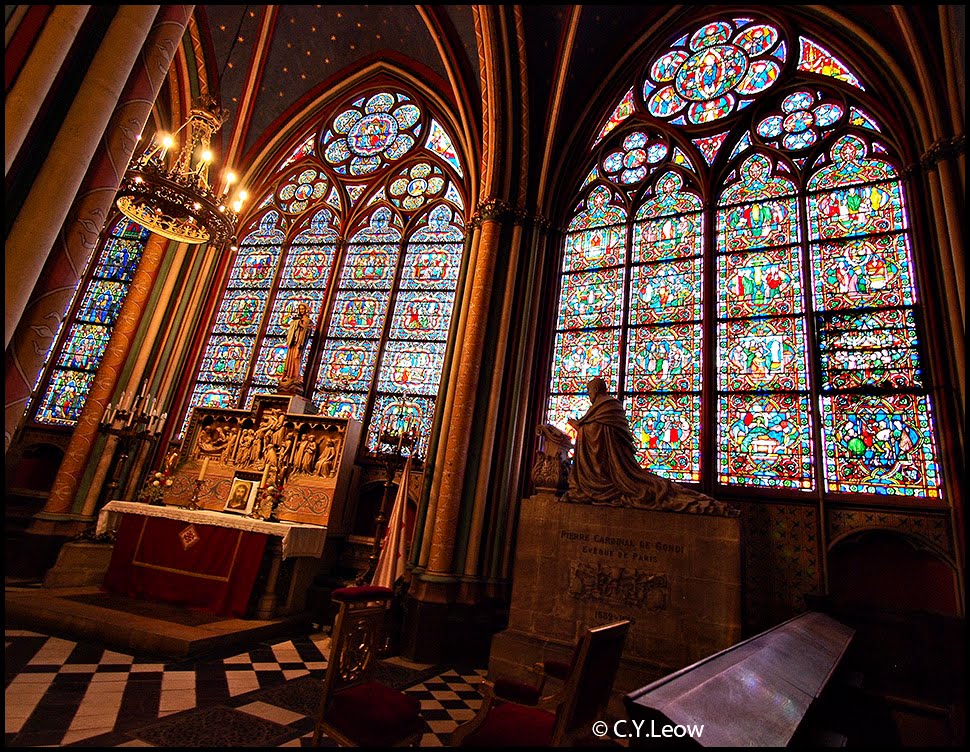 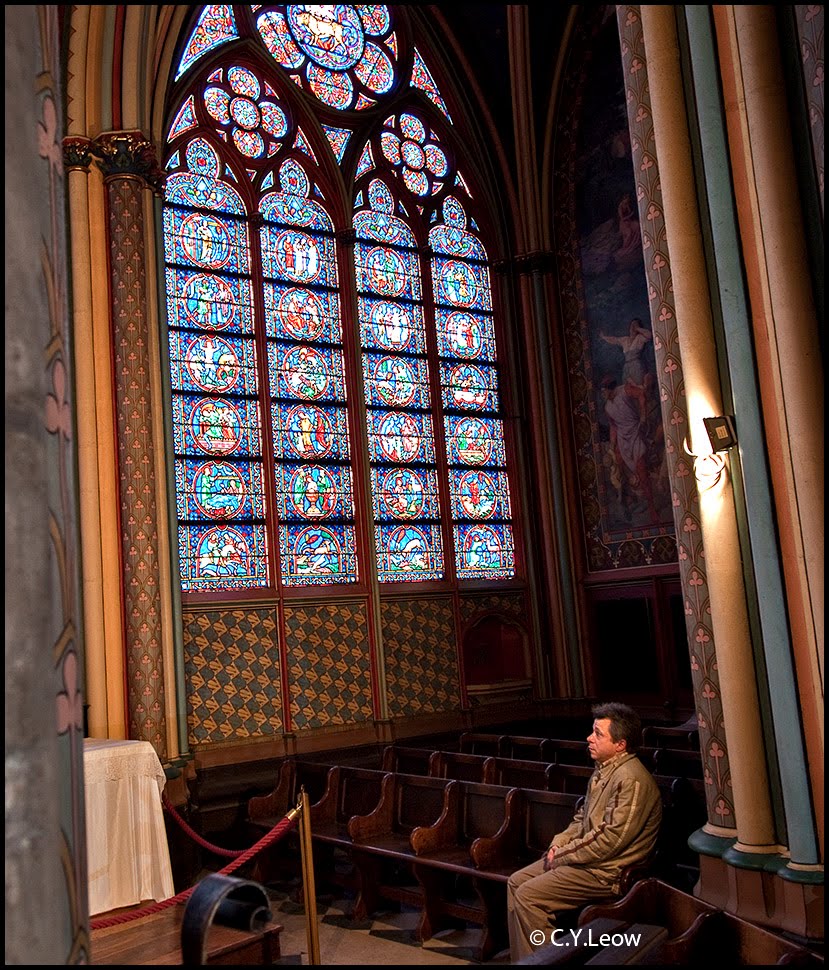 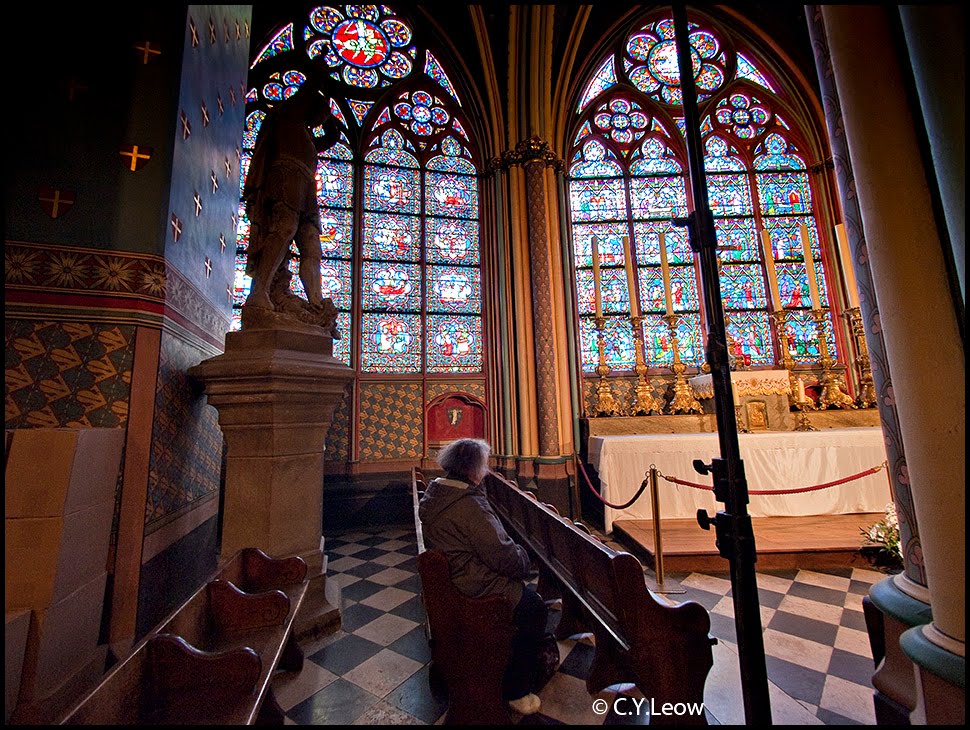 Time to reflect, to ponder about life? I do not have the answer... 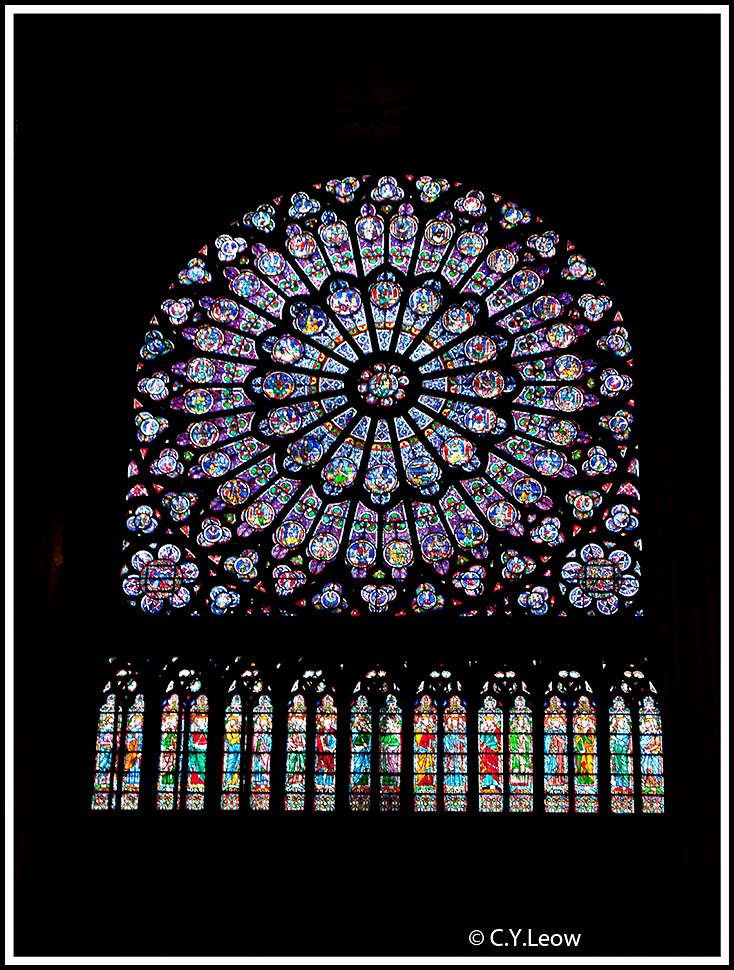 One of the many magnificent stained glass windows! 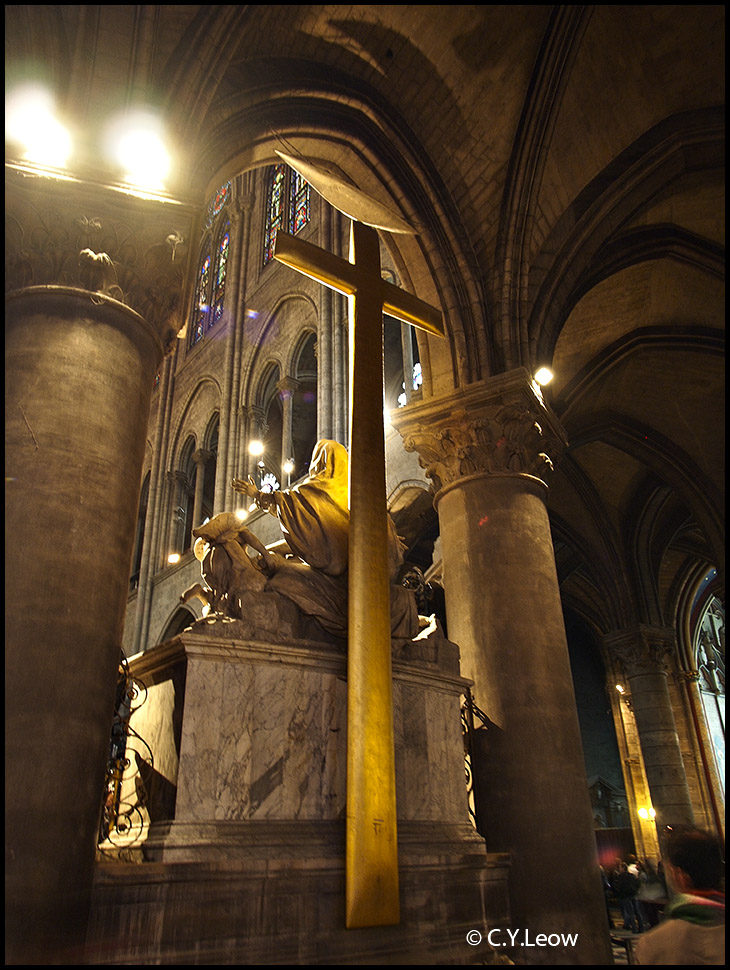 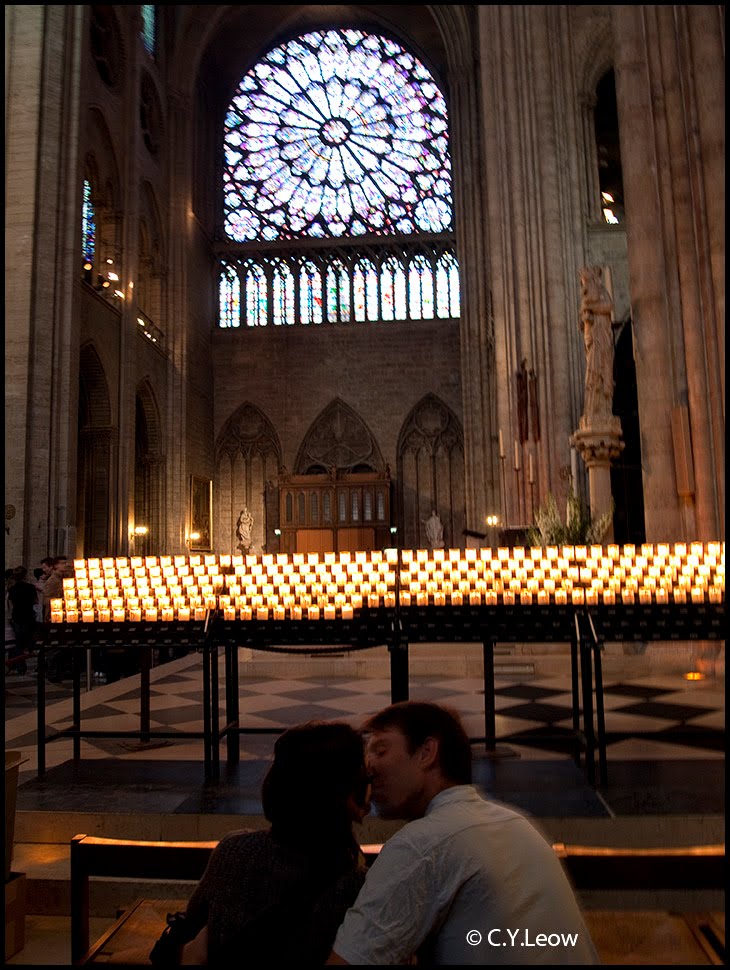 Holy places like this bring out the romance in you? May be it is all those candles ;)

And lastly, a short video I named "Save By The Bells".

How I shoot those pictures will be reveal in a later article about the type of camera and lenses I took with me on this trip and why I choose this particular package.

being able to capture the stained glass windows is really something!
Lovely srchitecture and lovely windows,, extraordinary! must be fascinating to see that cathedral.