No, the photo below is NOT a French palace but a departmental store 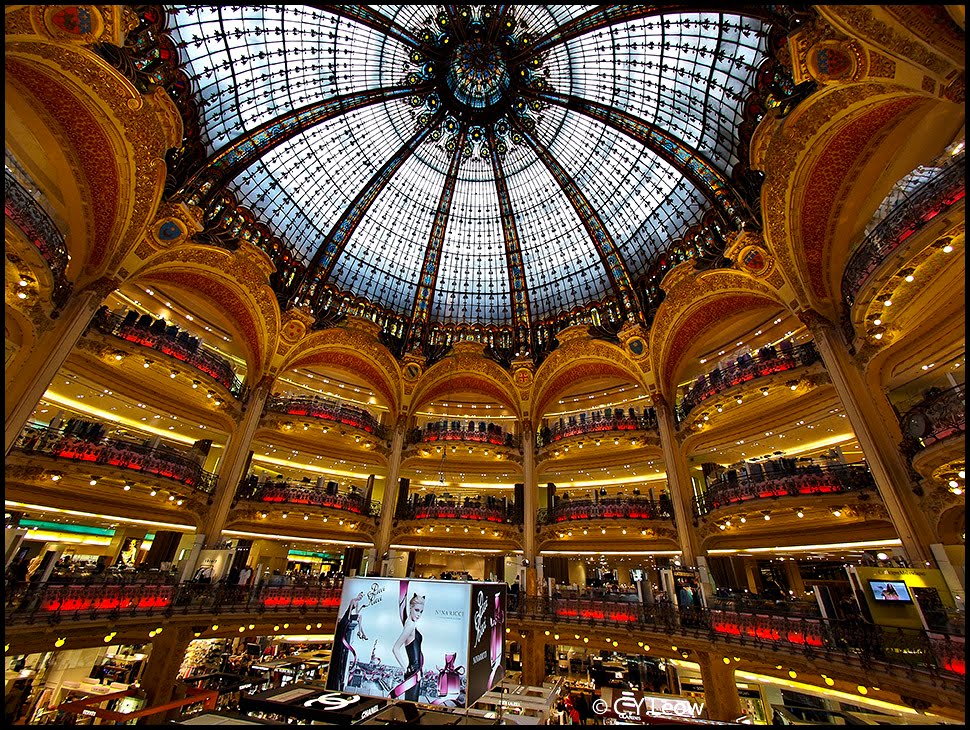 Galeries Lafayette in Paris is a 10-storey department store, there are two buildings connected by a sky bridge. If you look at the building exteriors, you will never realise what's inside! 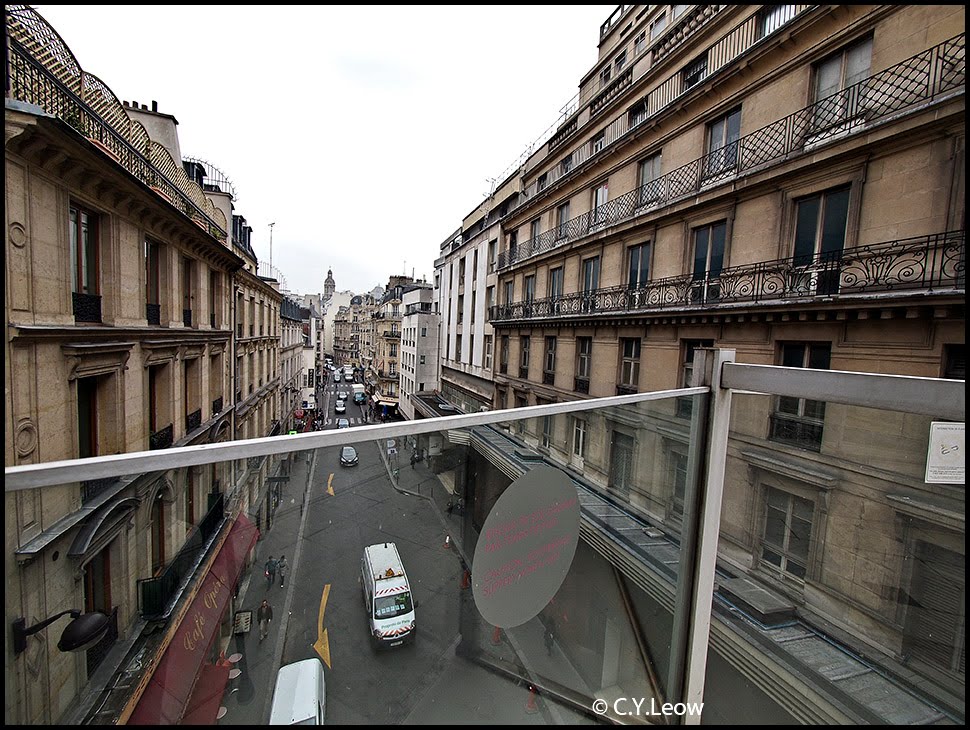 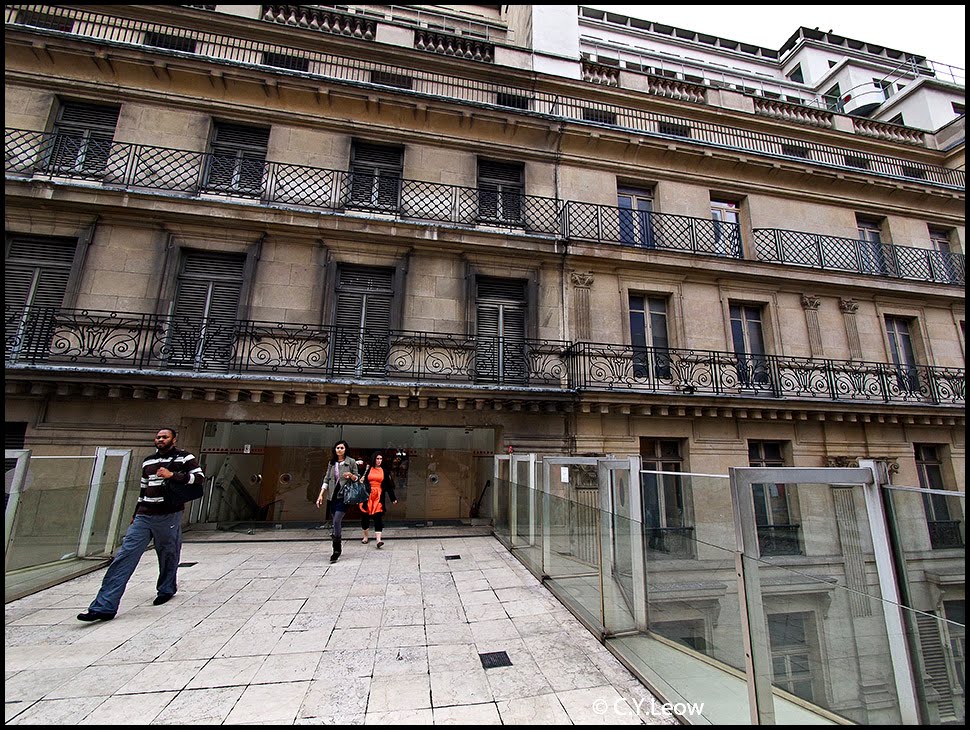 At their "Group web site", they states:

"For more than a century Galeries Lafayette has interpreted trends and mirrored lifestyles, proudly revealing new talents alongside perennial favourites for fashion that’s more alive than ever."

"The flagship Paris Haussmann store is home to Paris leading collection of “chic and bold” international fashions displayed on three floors covering a total of 14,000 square metres. Some 260 brands—90 of them new and 128 from other countries—offer regularly renewed collections, reflecting the best of French and international creativity, with a focus on originality and the trends that make a statement, today and tomorrow."

Yeah right! But what they sell there are all for the young, chic and rich! Nothing for a old, cheap skate photographer! Ha ha ha... Le General and daughter bought some shoes though :) 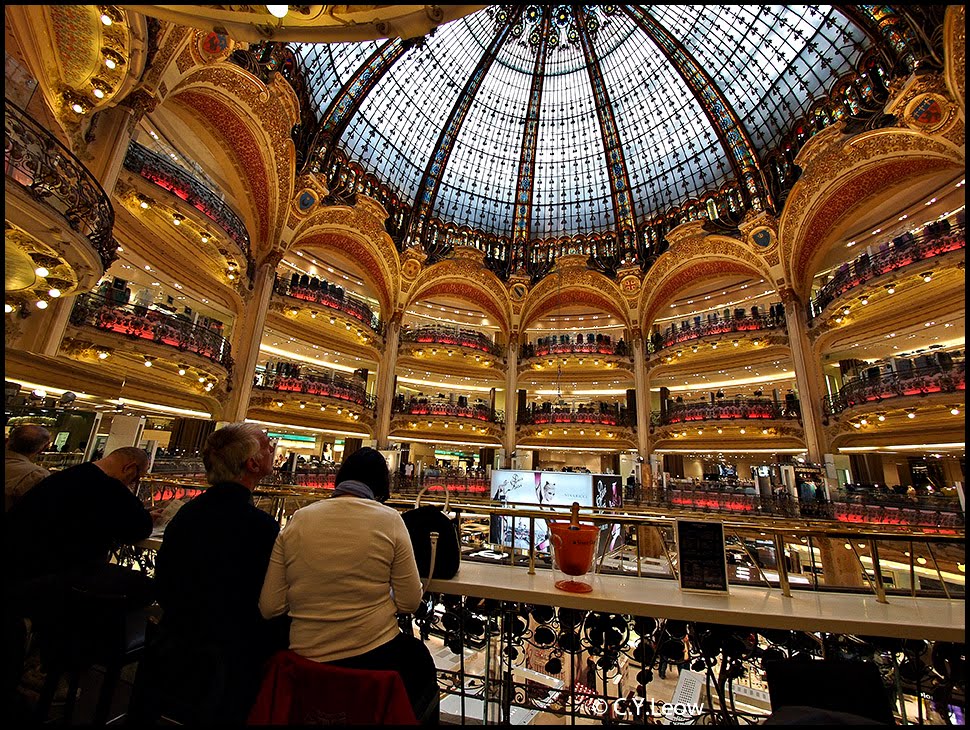 Oh... do not go there on Sunday because they are close on the week end!

Being a fine day we decided to visit the Eiffel Tower.

From Wikipedia, the free encyclopedia...


"The Eiffel Tower (French: Tour Eiffel, [tuʁ ɛfɛl]) is an 1889 iron lattice tower located on the Champ de Mars in Paris that has become both a global icon of France and one of the most recognizable structures in the world. The Eiffel Tower, which is the tallest building in Paris,[10] is the single most visited paid monument in the world; millions of people ascend it every year. Named after its designer, engineer Gustave Eiffel, the tower was built as the entrance arch for the 1889 World's Fair.

The tower stands 324 m (1,063 ft) tall, about the same height as an 81-story building. It was the tallest man-made structure in the world from its completion until the Chrysler Building in New York City was built in 1930. Not including broadcast antennas, it is the second-tallest structure in France after the 2004 Millau Viaduct." 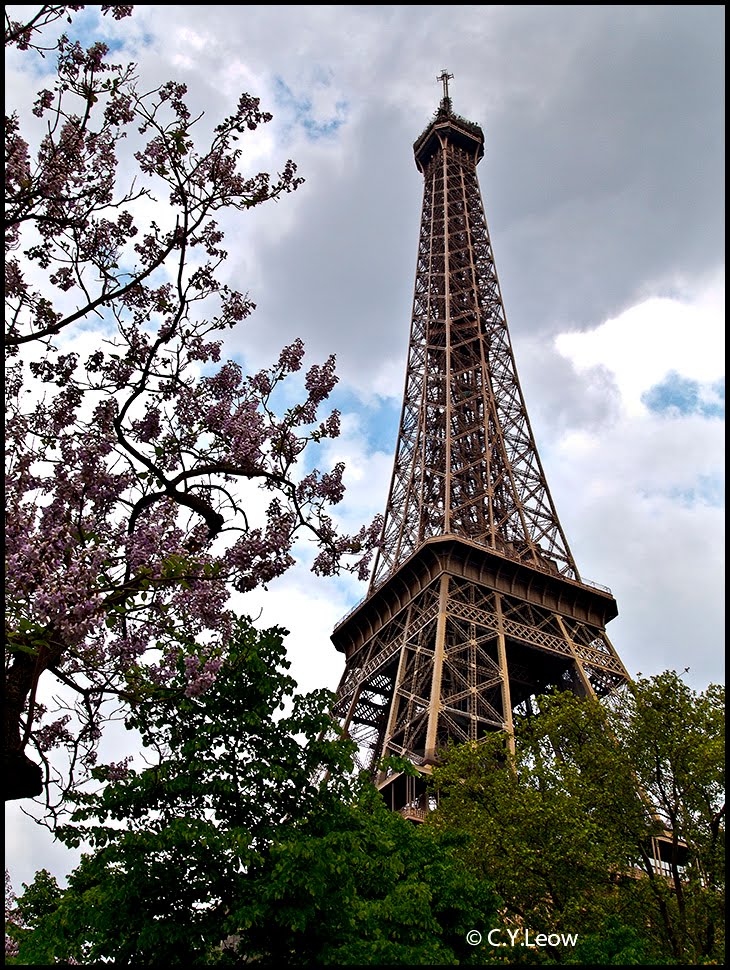 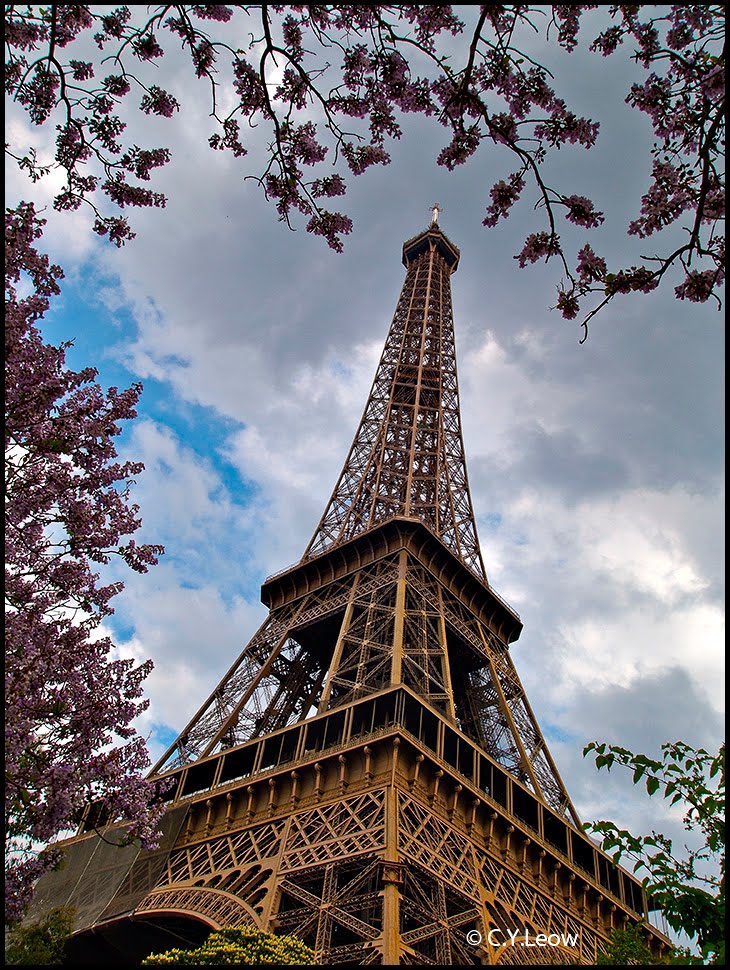 In Paris, where you find tourists; you will find... GYPSY WOMEN! Ha ha ha... they are a nuisance but I found out later that the notorious Paris pickpockets are actually much younger!
But that is another story ;) 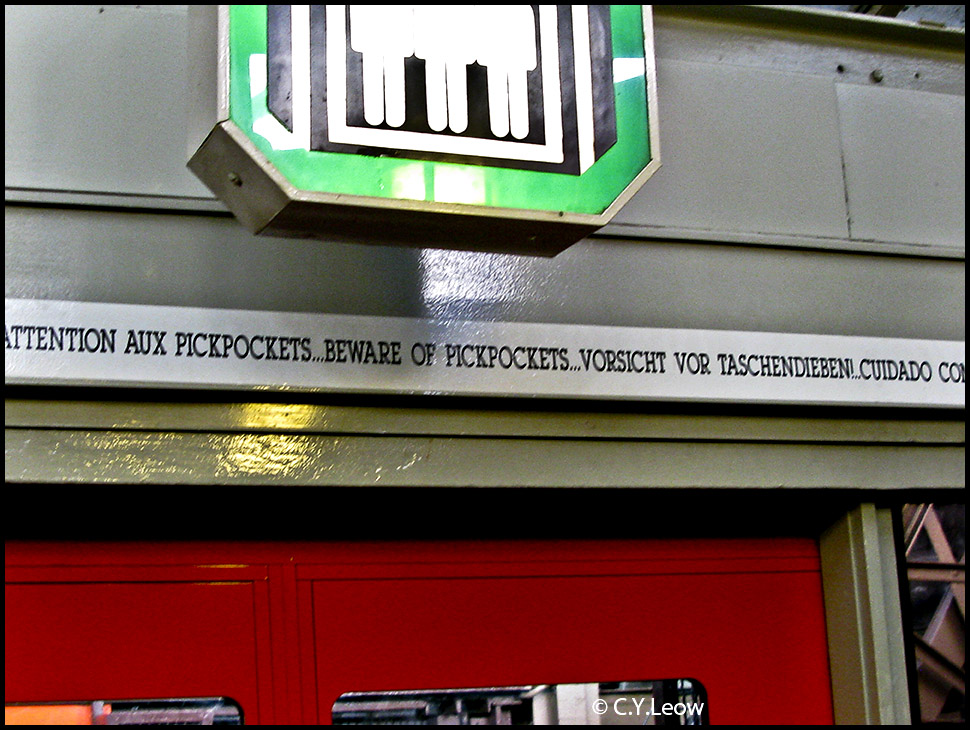 Warning sign at the lift which take you to the top of the tower. 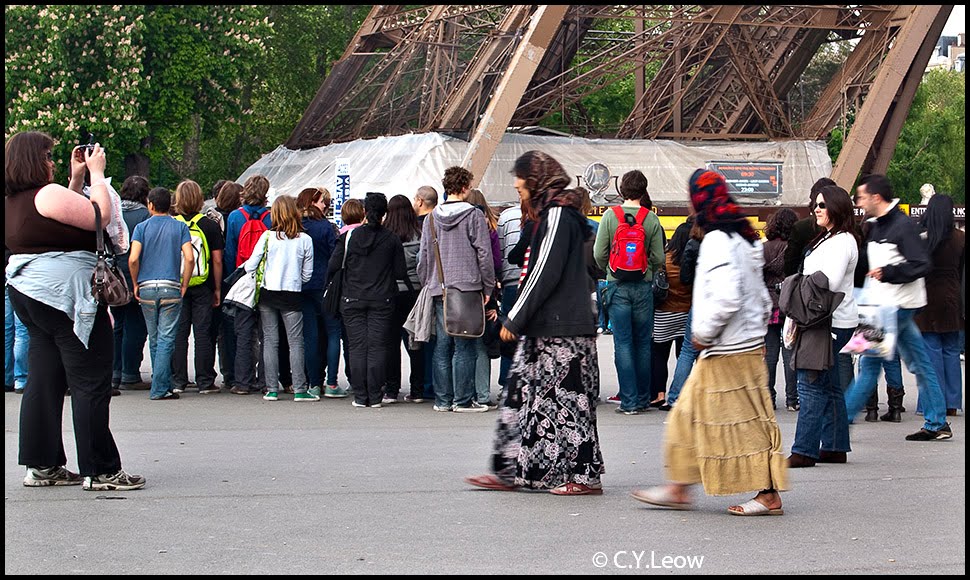 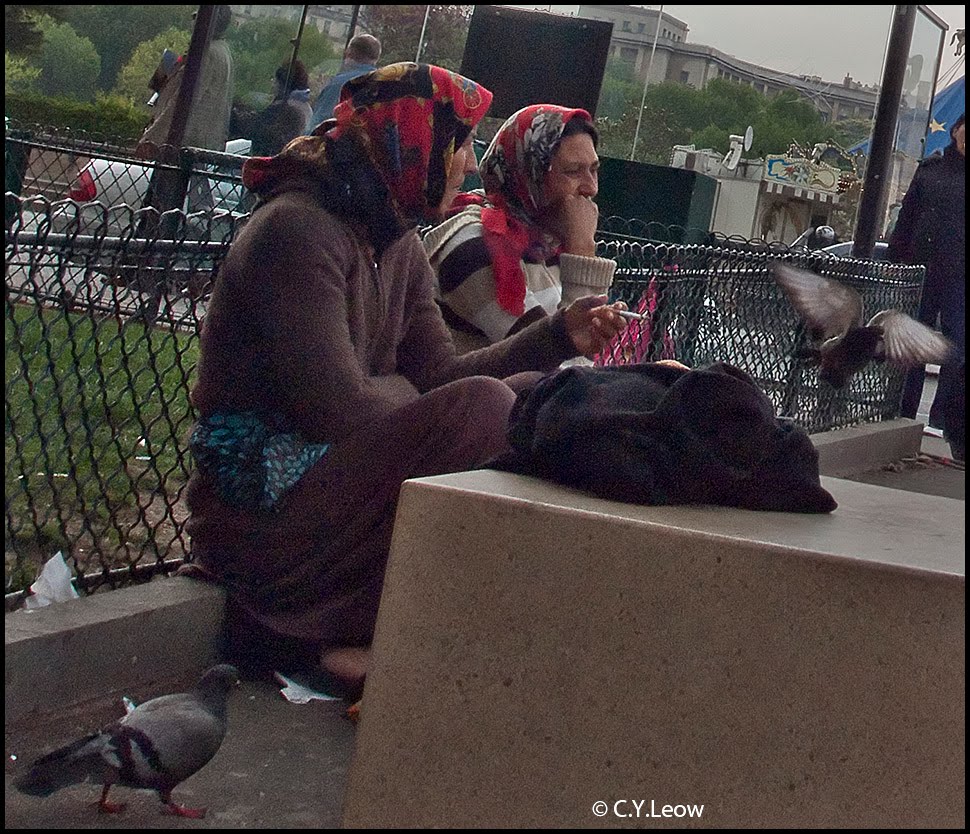 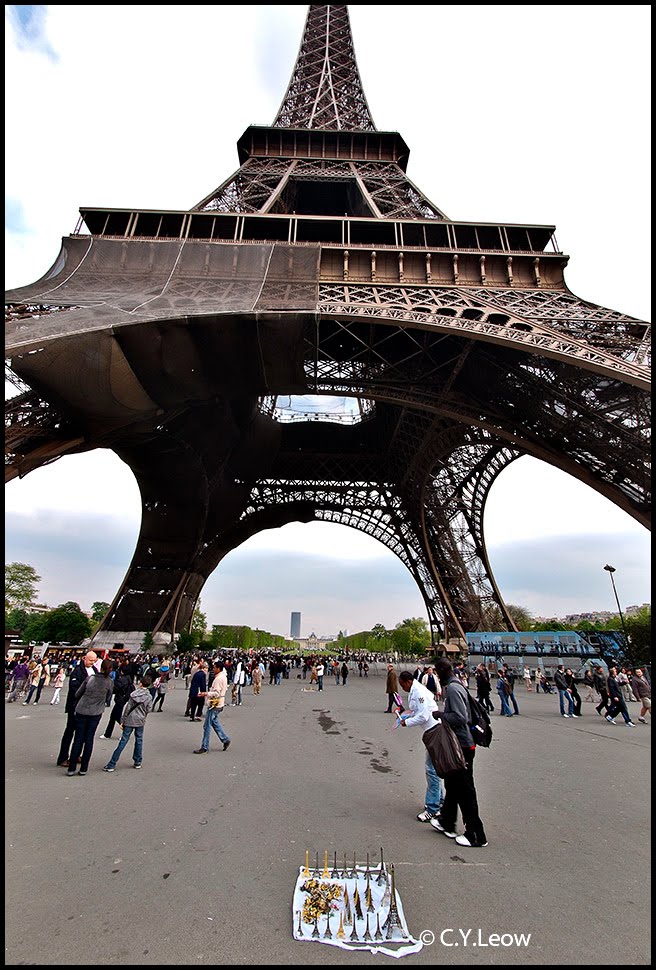 Apart from Gypsies, these guys (and there are plenty of them) are trying to sell you mini towers. 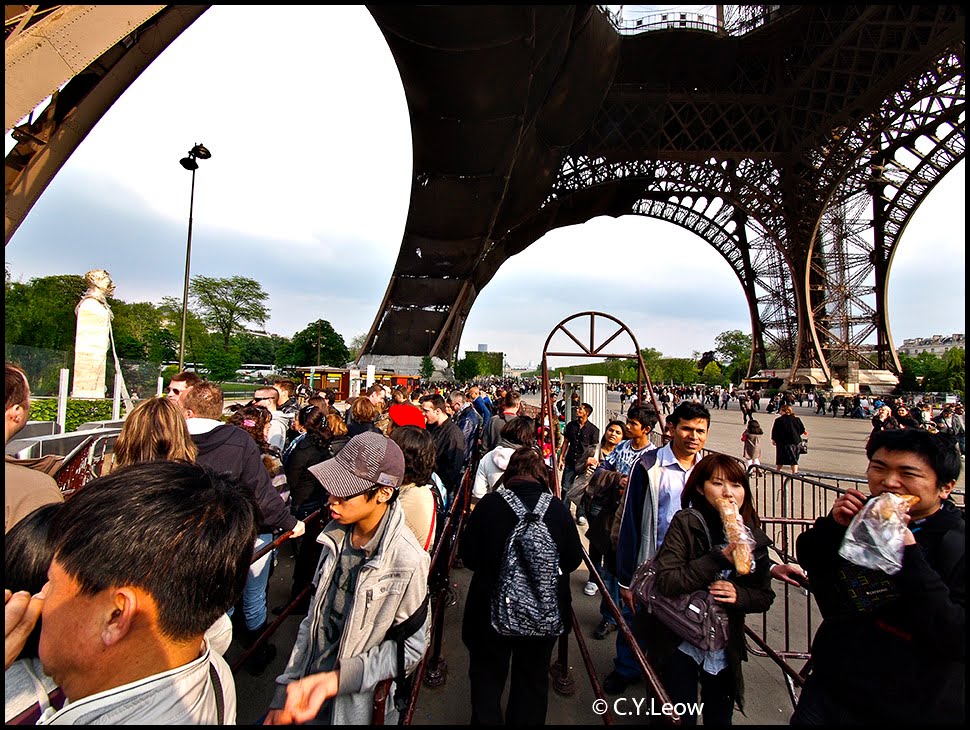 So we join the long queue to take the lift to higher level of the tower. 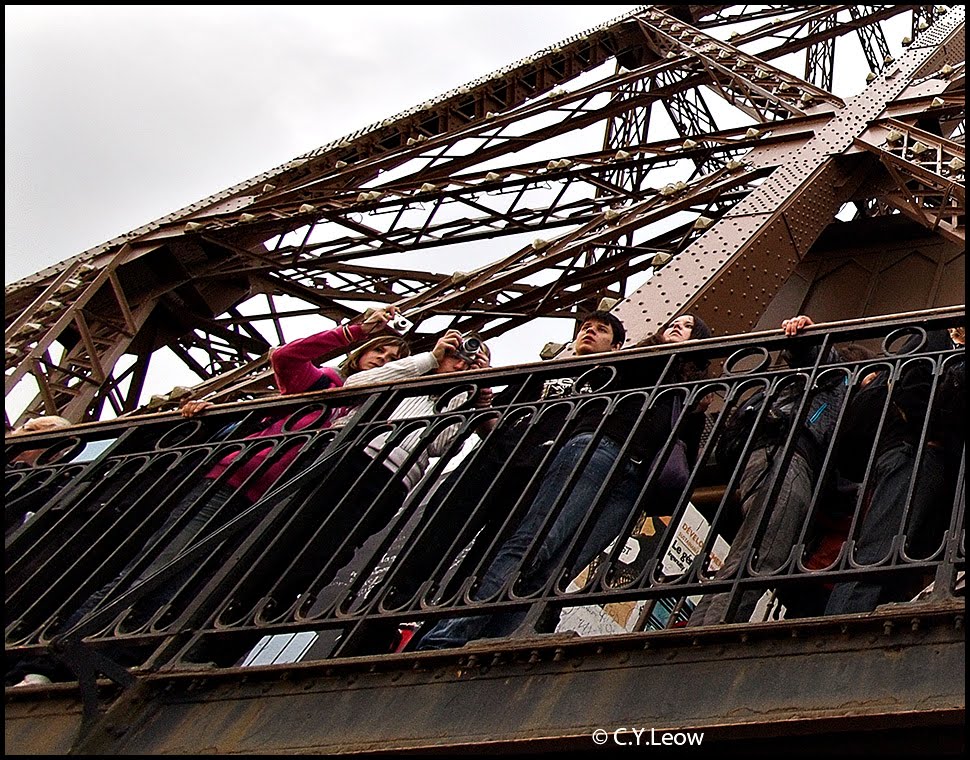 On a clear day you can see forever... 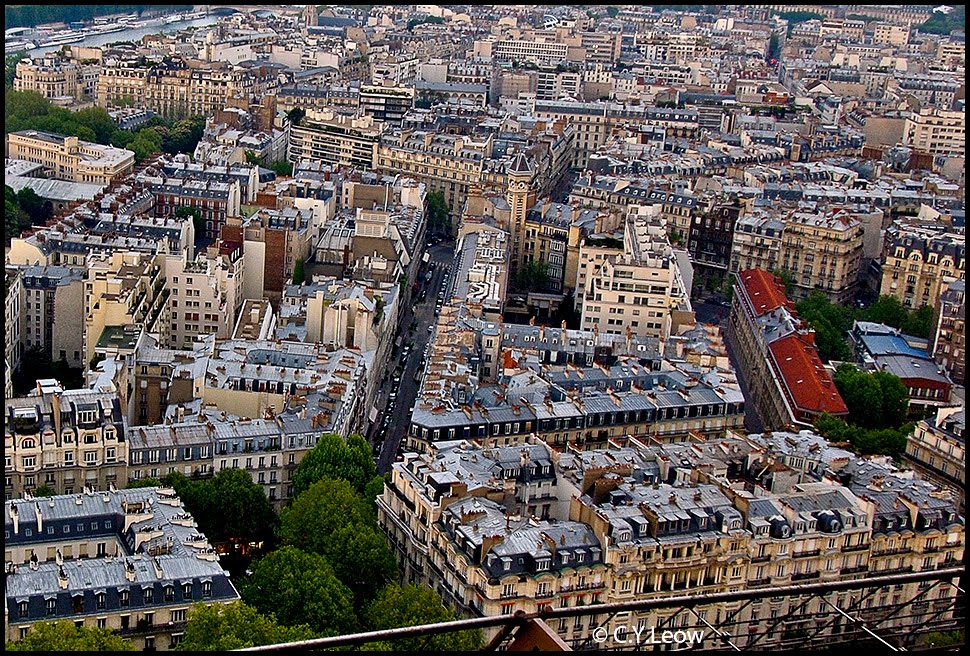 See how they build their houses on top of their old buildings? I miss the open space of New Zealand! 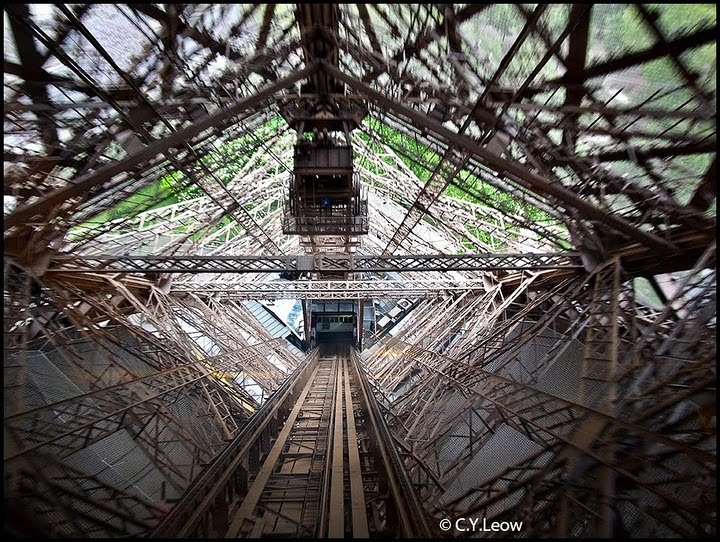 Zooming effect on our decent! 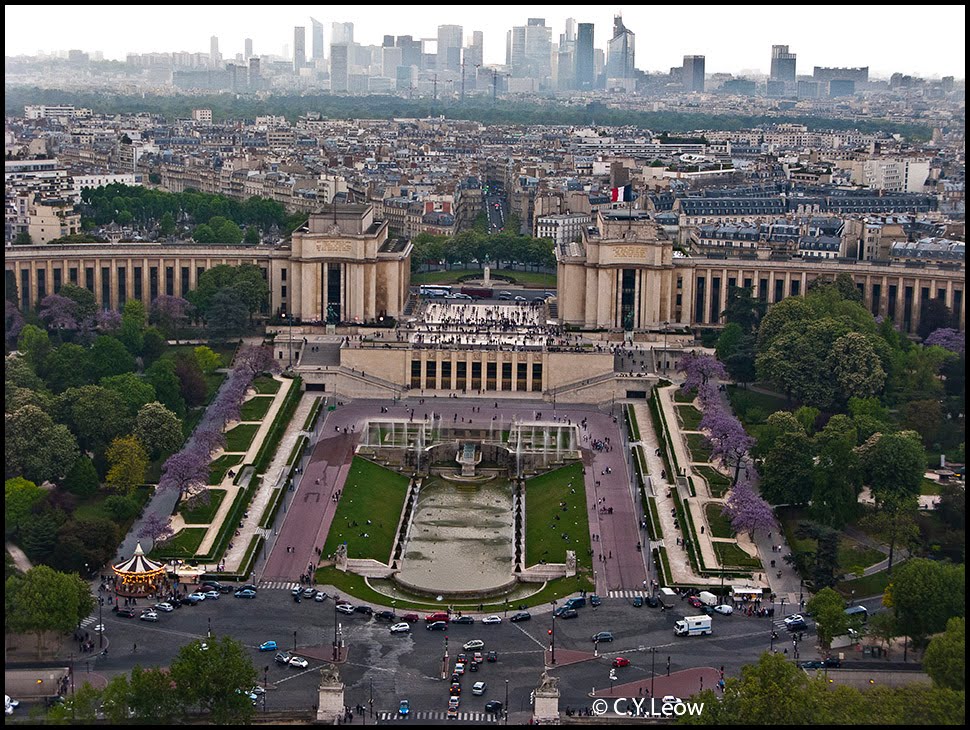 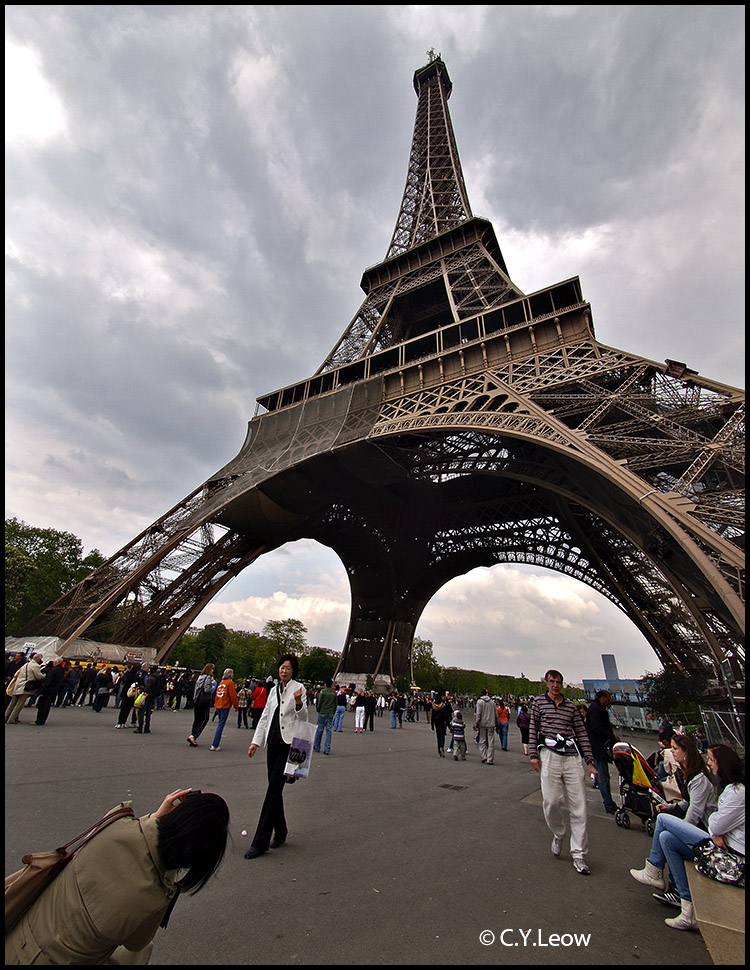 Good-bye Eiffel Tower, we will see you again!

With only two days left in Paris I thought I am not gonna get any shopping done!

Started drizzling the next morning when we were trying to locate the open market in Bastille, turn out that the "open market" is not open!

Well, I came away happy with a very nice Camel Active jacket and two trousers :)

Interesting post.It`s like a pictorial narrative.. tells a story.The view from the Eiffel tower looks wonderful!The department store looks very grand indeed!It would be a place to visit with plenty of time and money..and hidden pockets!