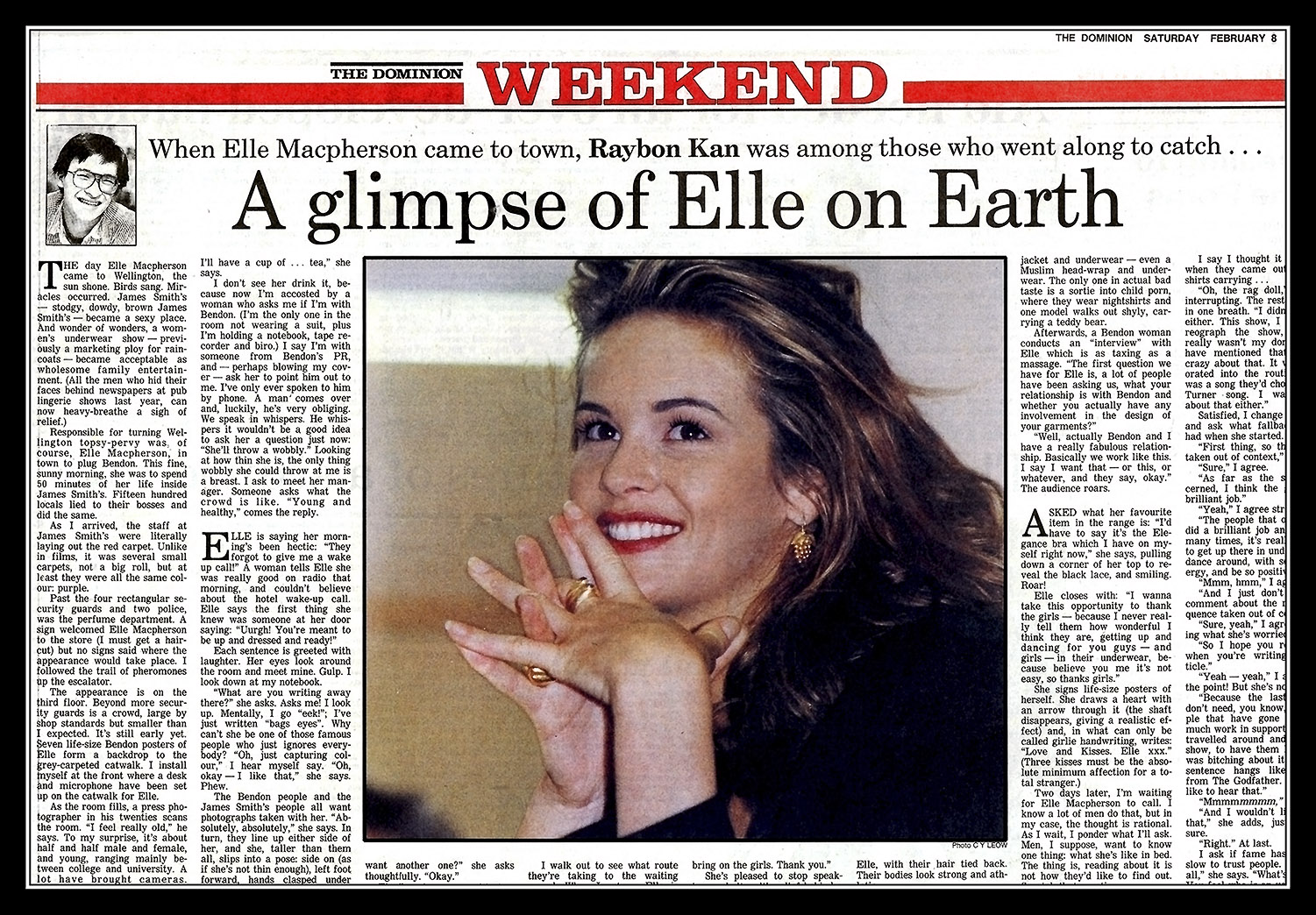 As a photojournalist I find photographing people the most demanding but most fulfilling, this is especially true when you are able to capture that "fleeting" moment or "the decisive moment"; a phrase a lot of photographers misused .

I, like hundreds other who attended, brought our camera along; hoping to get a shot of Elle.

When Elle appeared on stage, all the lenses; flashes were bombarding her... at that moment I noticed the multitude of expressions on all the faces, most in awe; or envy of her beauty (but some in jealousy)? :-)

I grabbed one shot with my Leica.

Moment like this only happened in an instant, There are no chance of a "second shot", I suppose that is why it is "decisive"? 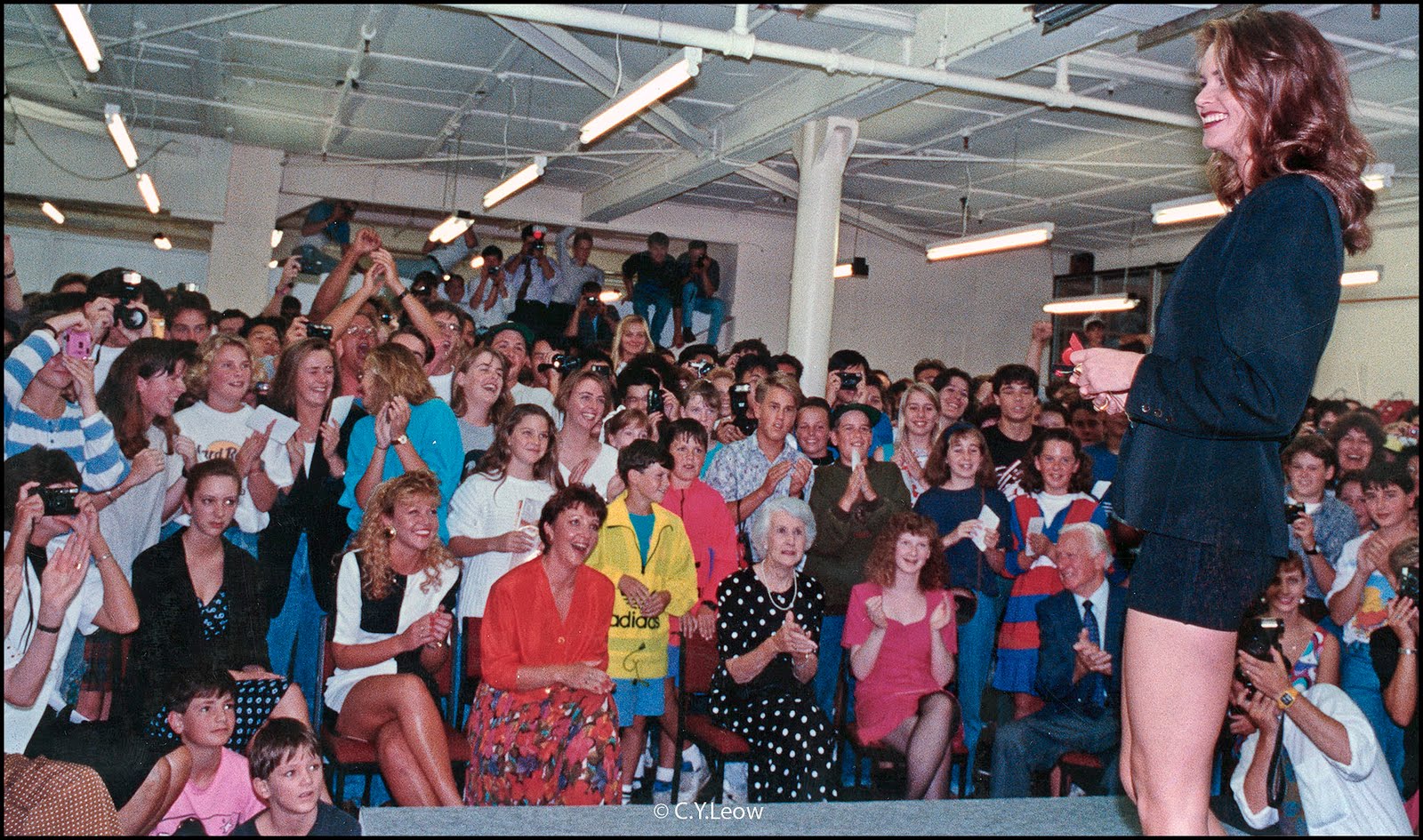 The photographer who was assigned to cover the event was wrapped up in shooting Elle, just like the other hundreds of "snap shooters".

The News Editor picked my picture and ran it big on the front of The Dominion.

You know, after 40 odd years of shooting pictures, I still get a kick out of seeing my picture run well and big on the front page ;)

This is one picture I like to use to illustrate a point when I am conducting photography workshop to young photojournalist wannabe.

When you are at a job, keep your eyes peel for unusual angle; train yourself to react to a fast breaking situation and do not follow blindly what "the others" do.

*** The quality of the scan is not as good as I like because I do not have the negative, this is a scan from a 8X10 colour print.

Once again, you have hit the headlines,this is terrific. Must have been some joke that she said,you certainly caught the shot at the decisive moment.

The clarity and depth is really good, colours also have come out well considering the fluoro lighting. The picture give a feeling of warmth and joviality.

The only thing I find disturbing is that the verticles are not straight.

Well, I guess my brain is gradually adapting, because I can watch this one without getting dizzy!
Your angle gives a lot of dynamism and perspective.
Great framing/cropping.

I agree with Steve, the study of the various expressions captured here is fascinating…
Most are hilarious, but you can spot: 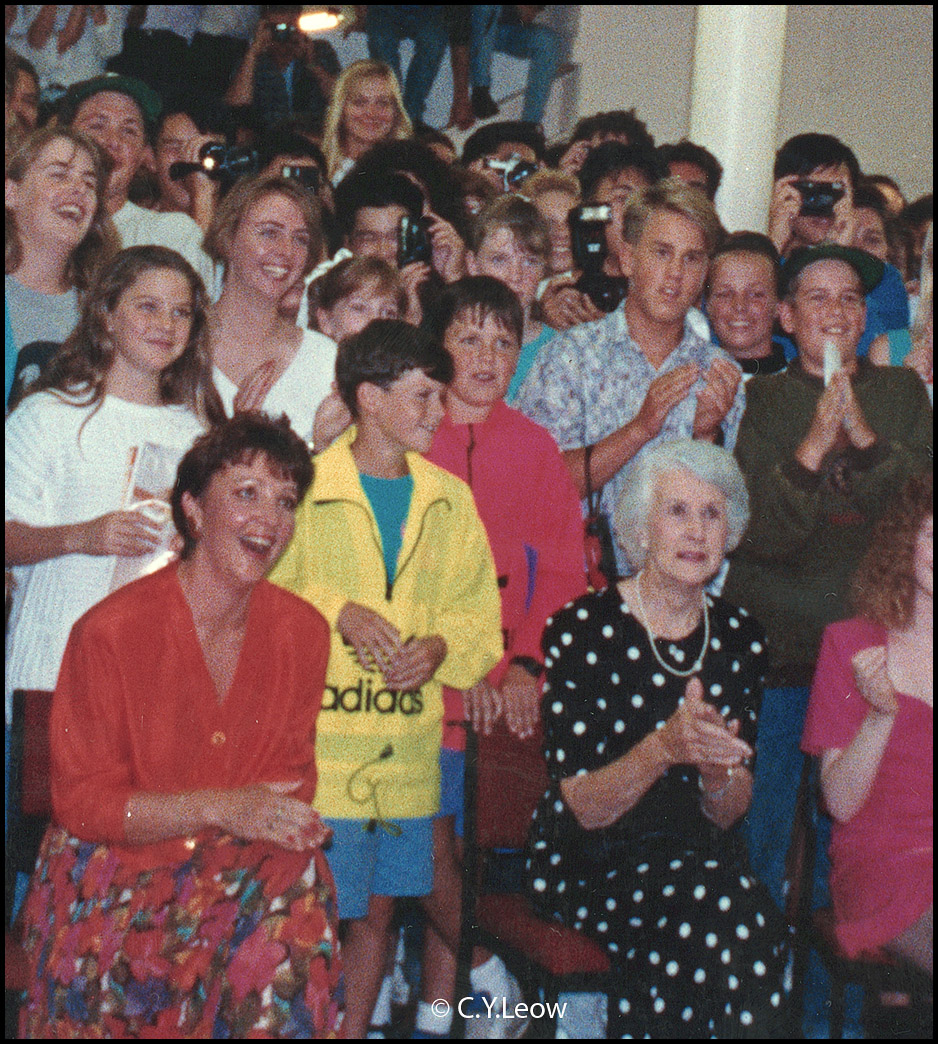 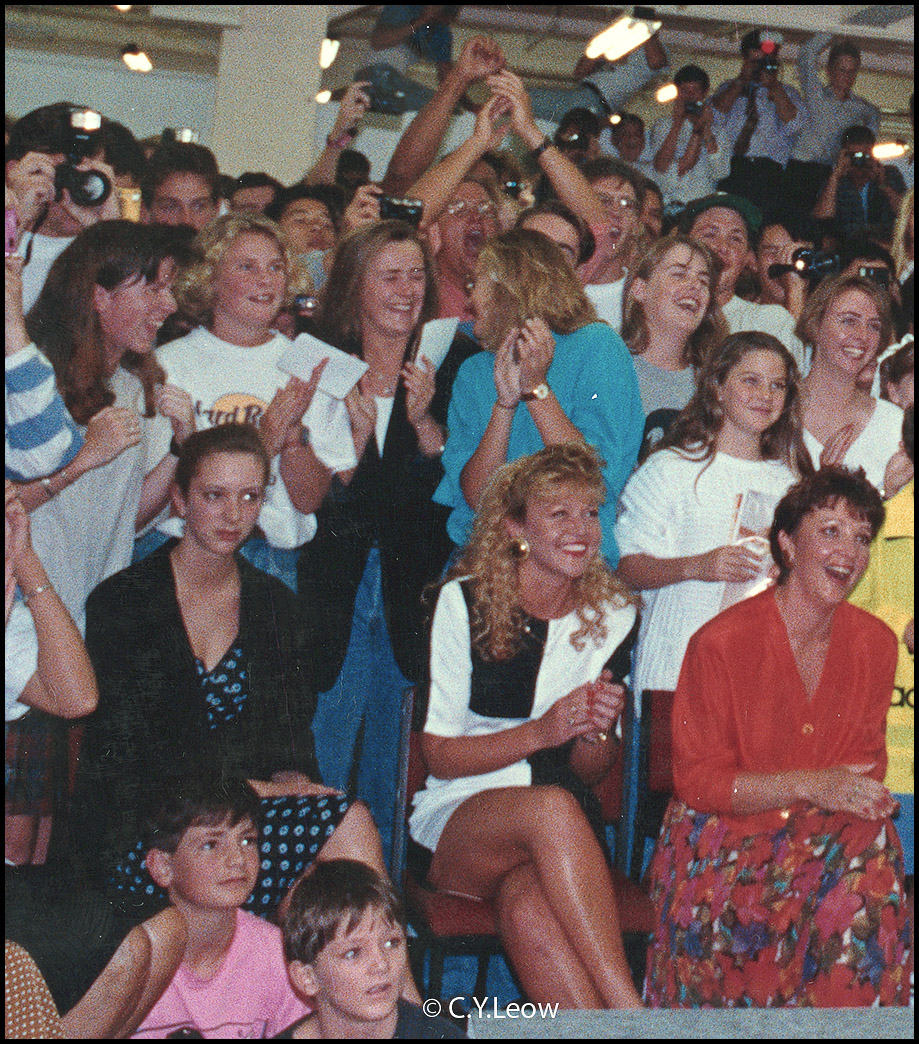 - the girl in the blue sweater turning round to make a (bitchy?) comment… 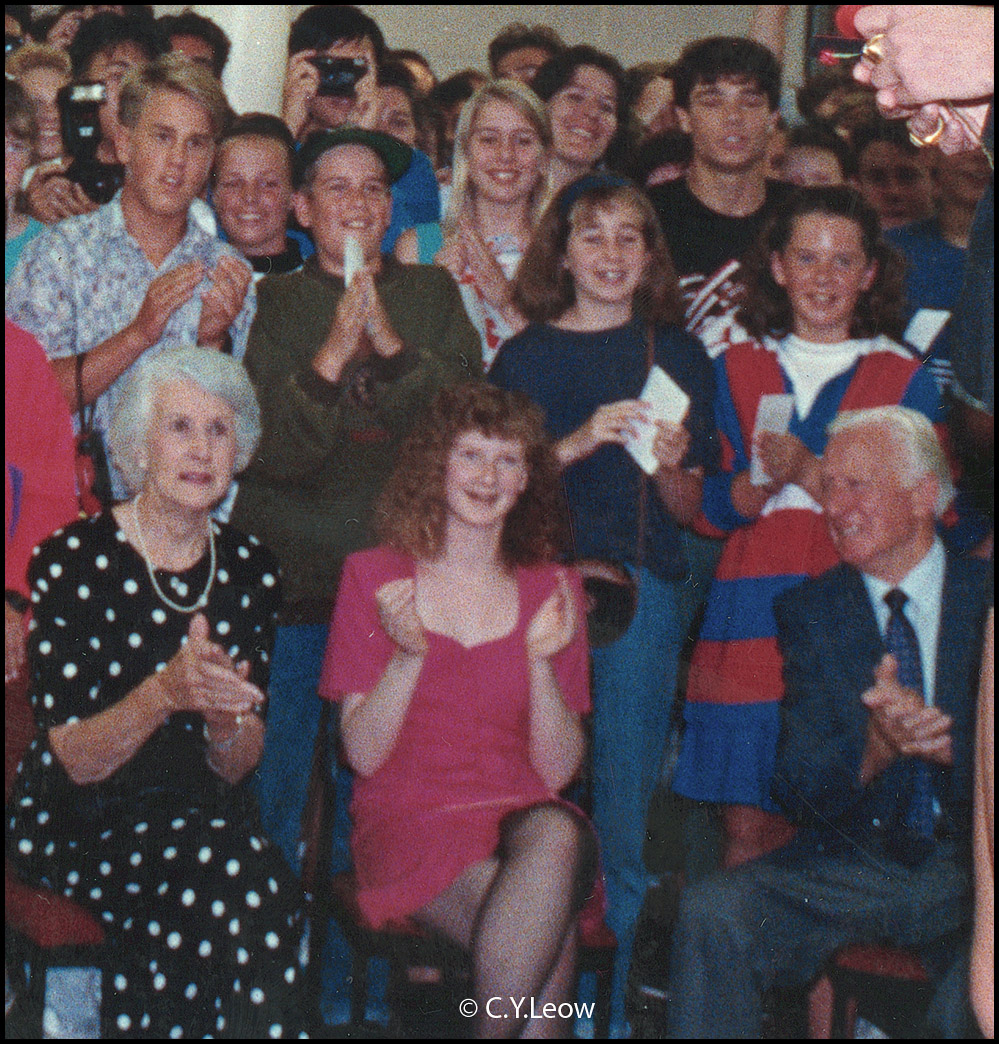 - the old couple, and the admiring look the husband gives his wife, not Elle!!!

I like the way Elle - the center of attention - is placed in the far right corner, giving balance to the whole composition.

You were present… What caused this general outburst of hilarity???

The new wonder bra was being launched in Belfast.

The set up picture was a girl wearing the new bra standing in font of the billboard.

To get a few inches more height two local barmen were instructed to put a piece of wood on two beer crates for the girl to stand on.

Most of the papers ran with an 80mm shot of the model and the billboard behind her.

However, my mentor Brendan Murphy did a 20 mm of the whole scene; including the two lusty barmen crouching below the girl holding the board in place!

He called the picture, " its a dirty job but somebodies got a do it".

That was the time I was a trainee and that picture more than any taught me to step back and see the bigger picture!

I can spend hours going through and study each and every one of the expression." -Steve Chong

Decisive Moment... are you READY?