According to their "About" link:
"You're in business for yourself, but not by yourself, because you're backed by a giant proven company with an incredible track record.
eCosway (launched in 2002) is a rapidly growing international company with headquarters in the prestigious golden triangle of Kuala Lumpur, Malaysia. It has thousands of sales centres located throughout the world.
It is a subsidiary of Cosway Malaysia Sdn. Bhd. which is wholly owned by Cosway Corporation Limited, a company listed in Hong Kong (stock code 0288), a member of the Berjaya Group - a top conglomerate in Asia.
eCosway has been awarded the coveted "MSC Status" by the Malaysian government for its outstanding contribution to the growth and development of information technology." 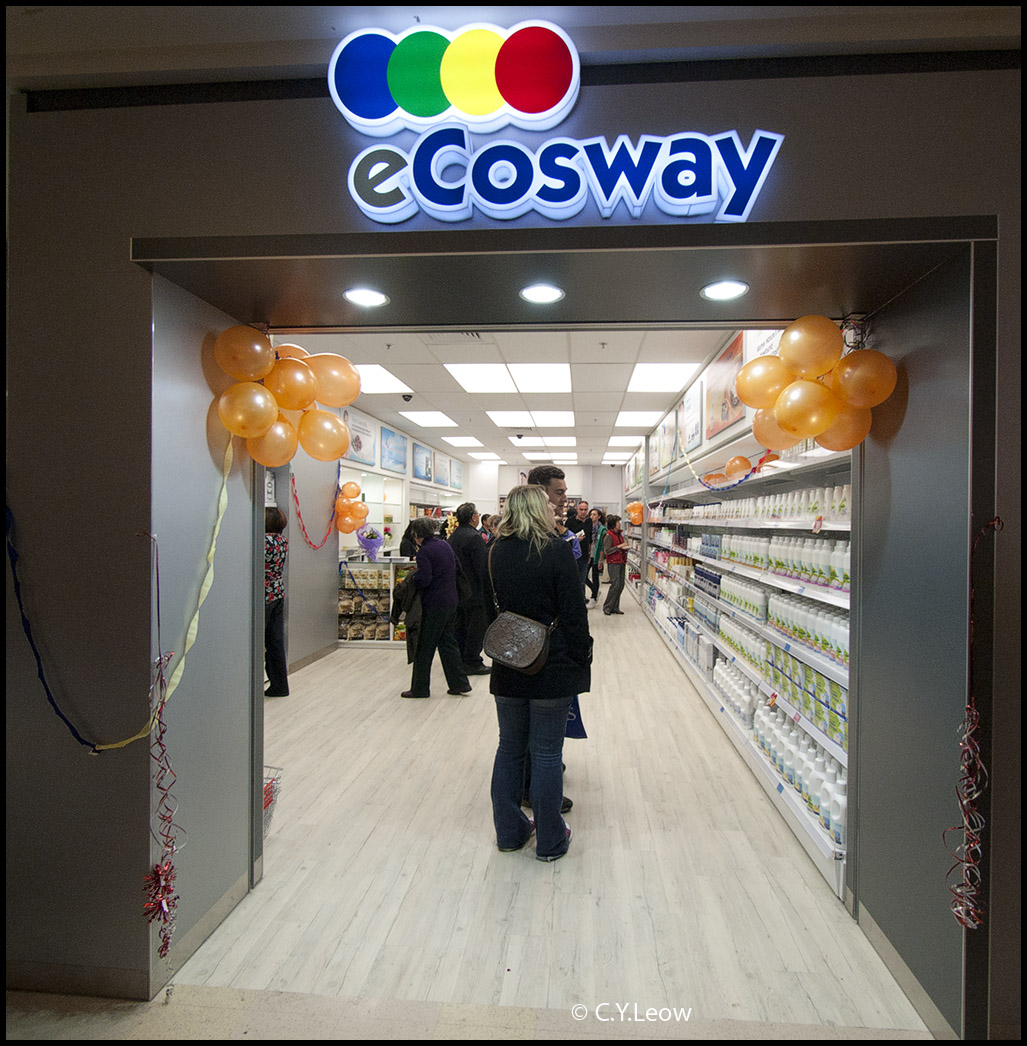 Before I go on, I would like to make clear that I am not in anyway connected or working for eCostway. I am just giving moral support to Le General plus our friend and good neighbor, Diana; who won the trust of this giant conglomerate for a "Free" shop in Johnsonville, Wellington :)

Johnsonville is a large suburb in northern Wellington, New Zealand. It is seven kilometres north of the city centre, at the top of the Ngauranga Gorge, on the main route to Porirua (State Highway 1). The population of "J'ville" (as it is commonly known) was about 6,500 at the 2001 census. - Wikipedia

I think eCosway is clever to pick this location for it's large Asian population in and around Johnsonville and Churton Park! After all, which Asian do not know about Cosway? 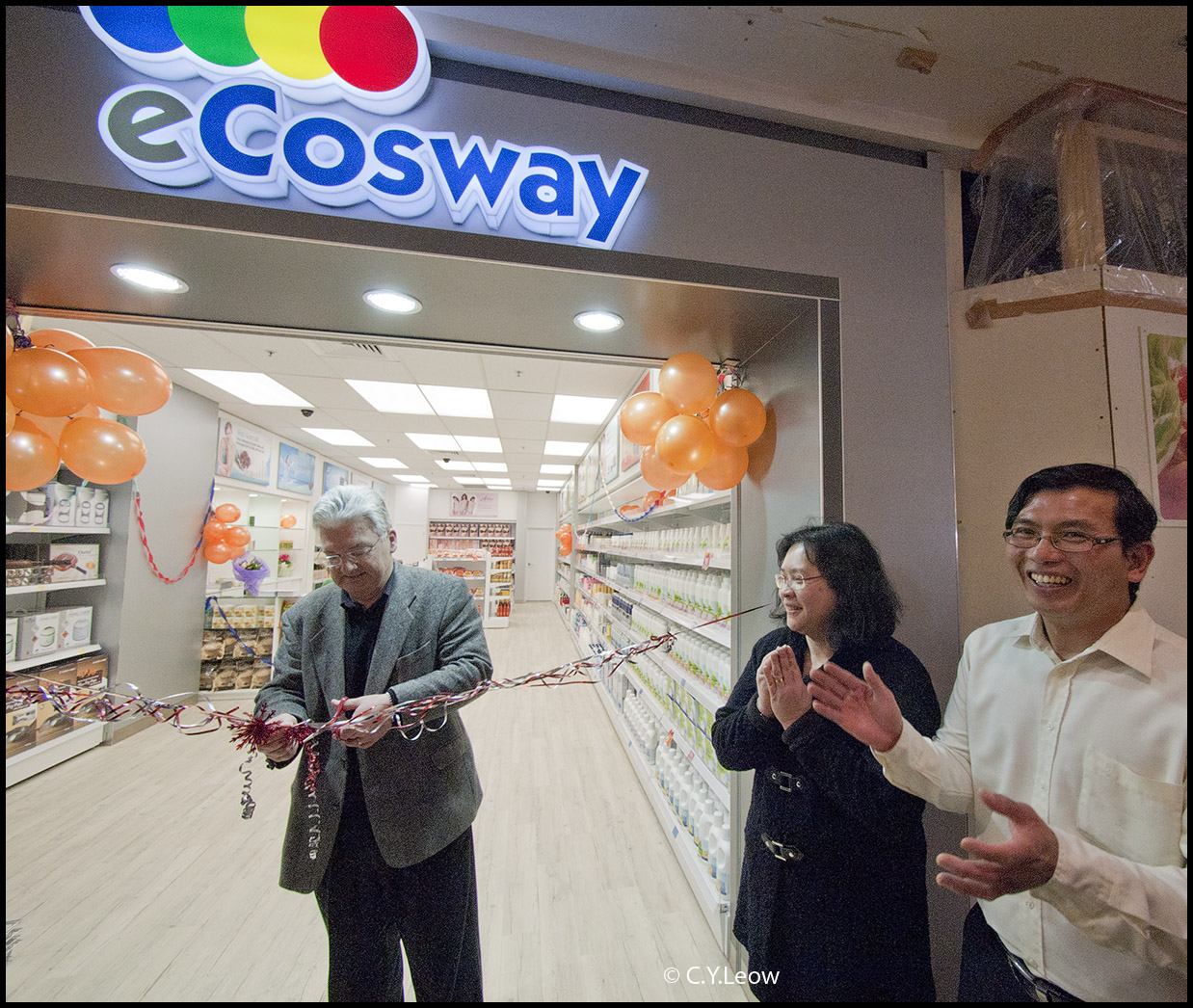 Wellington first eCosway shop in Johnsonville was officially opened by Hon Peter Dunne, Member of Parliament for Ōhariu, United Future; Minister for Revenue and Associate Minister for Health. On the right is Alex Tan, husband of Diana (center); the shop owner. 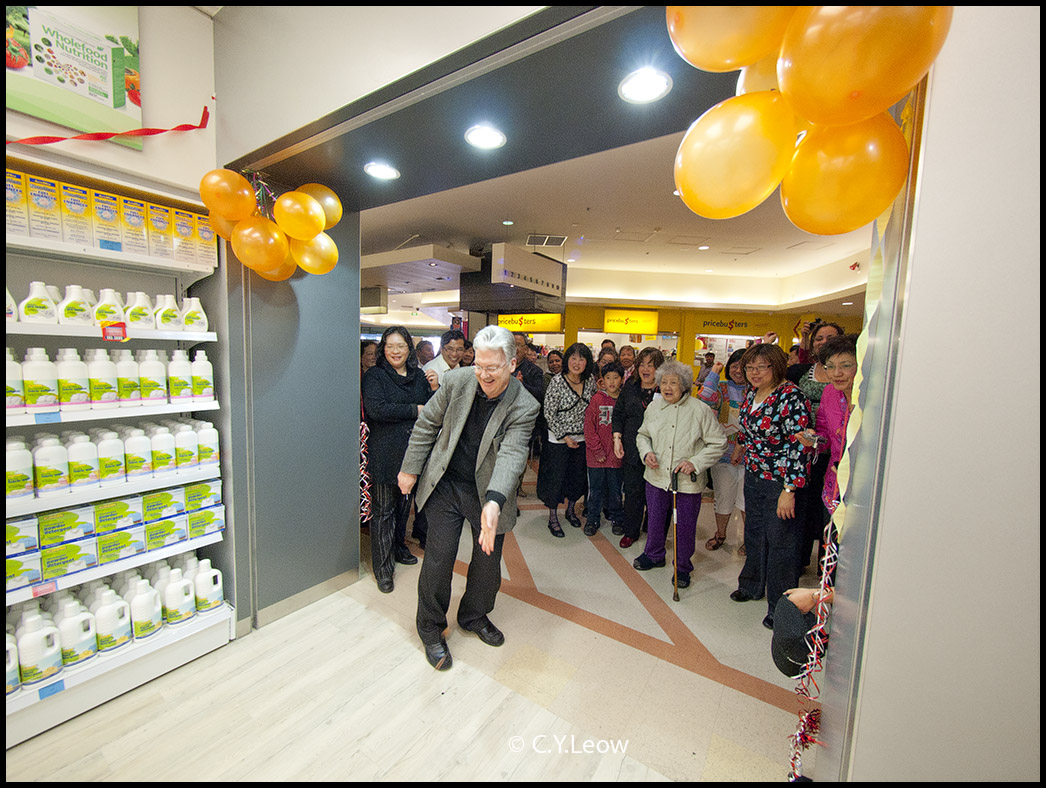 Hon Peter Dunne threw a handful of coins on the shop floor symbolising the inflow of good business ahead :) 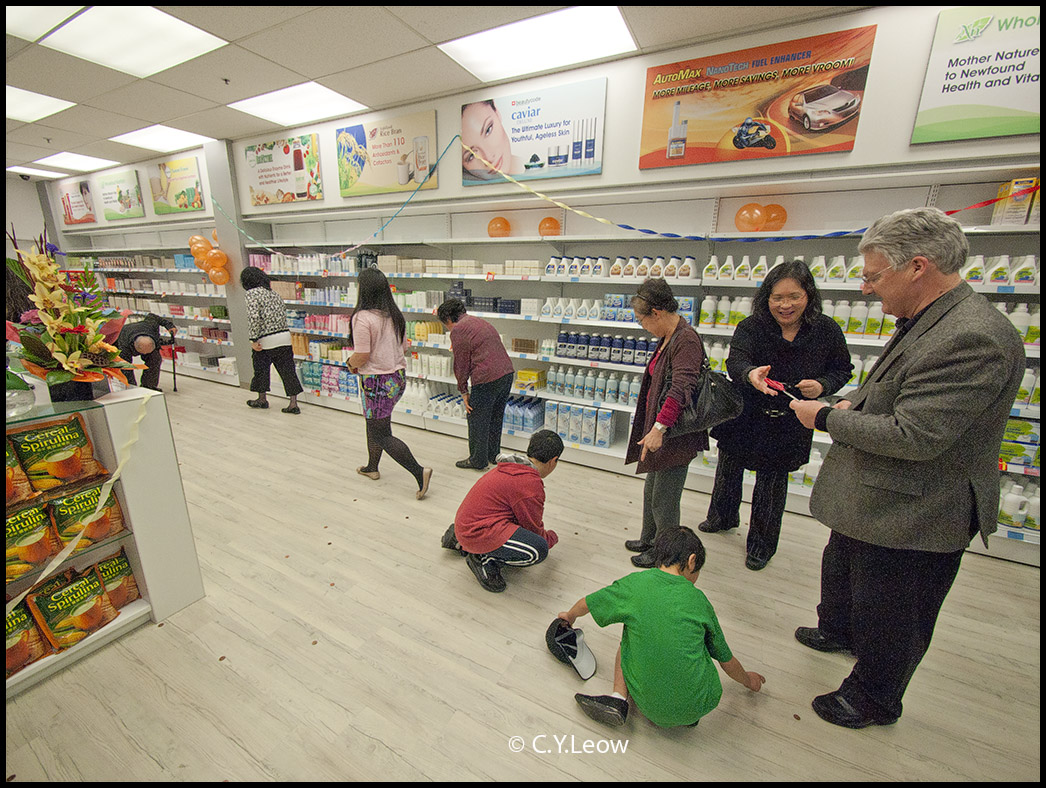 Children picking up the coins on the shop floor. 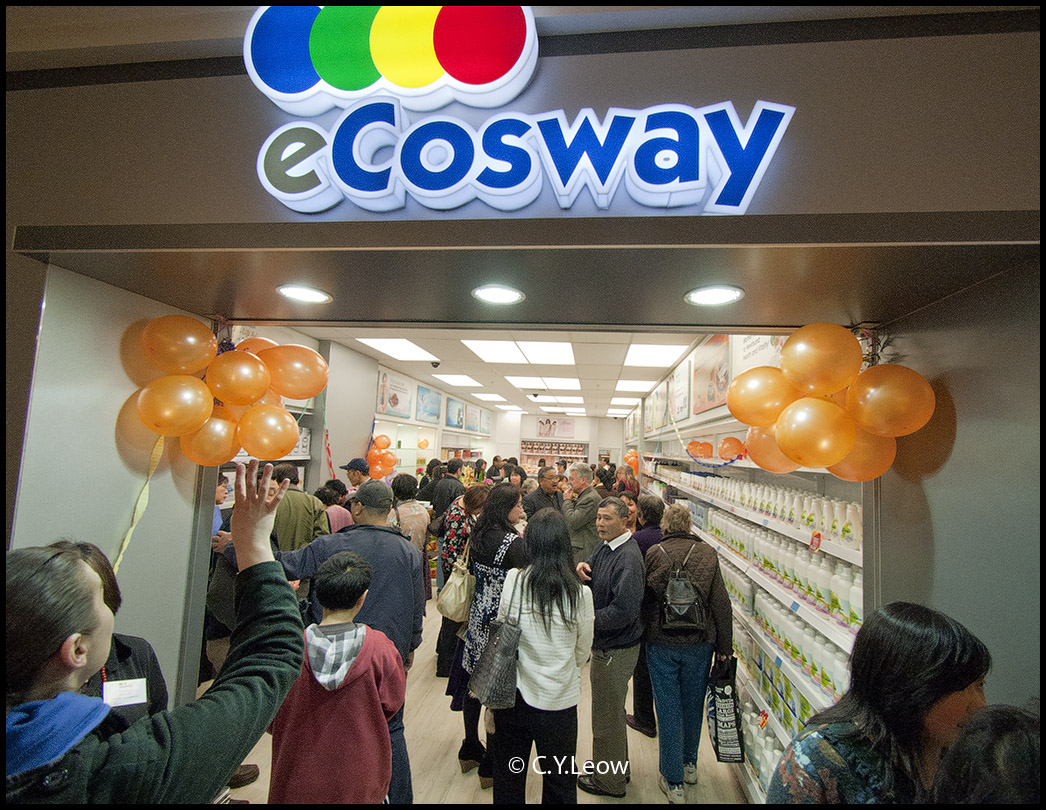 Friends and customers at the first eCosway shop in Johnsonville Shopping Center. 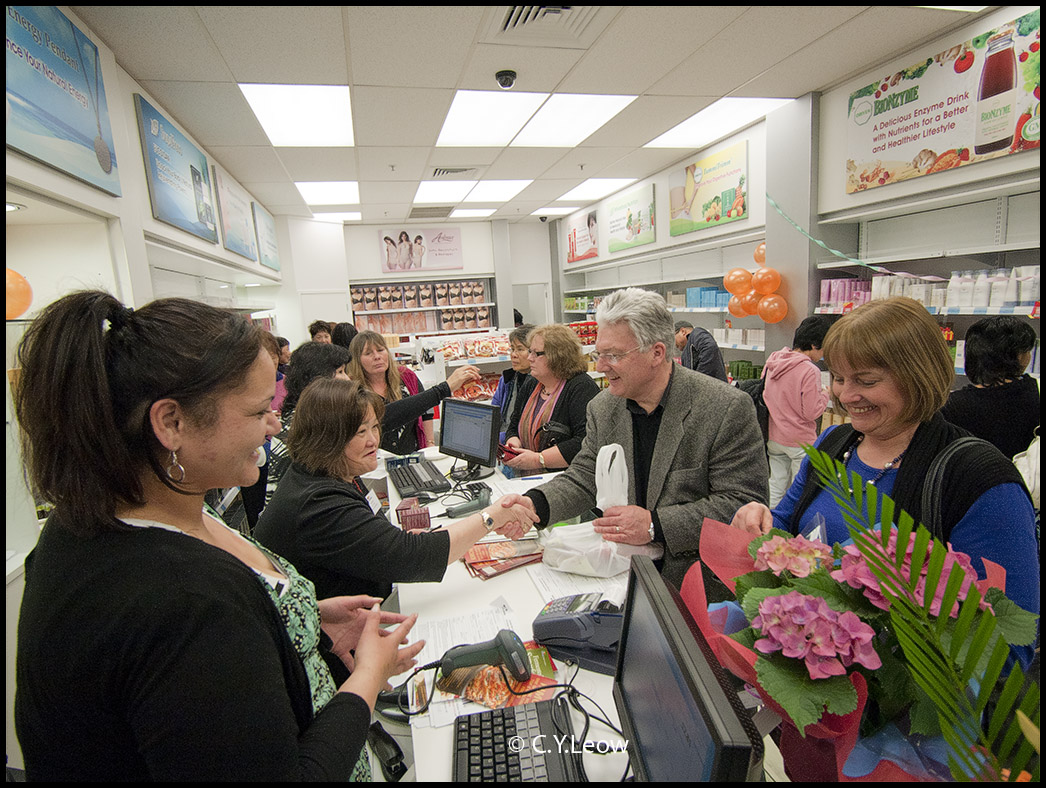 Hon Peter Dunne and wife buying some of the product from eCosway. 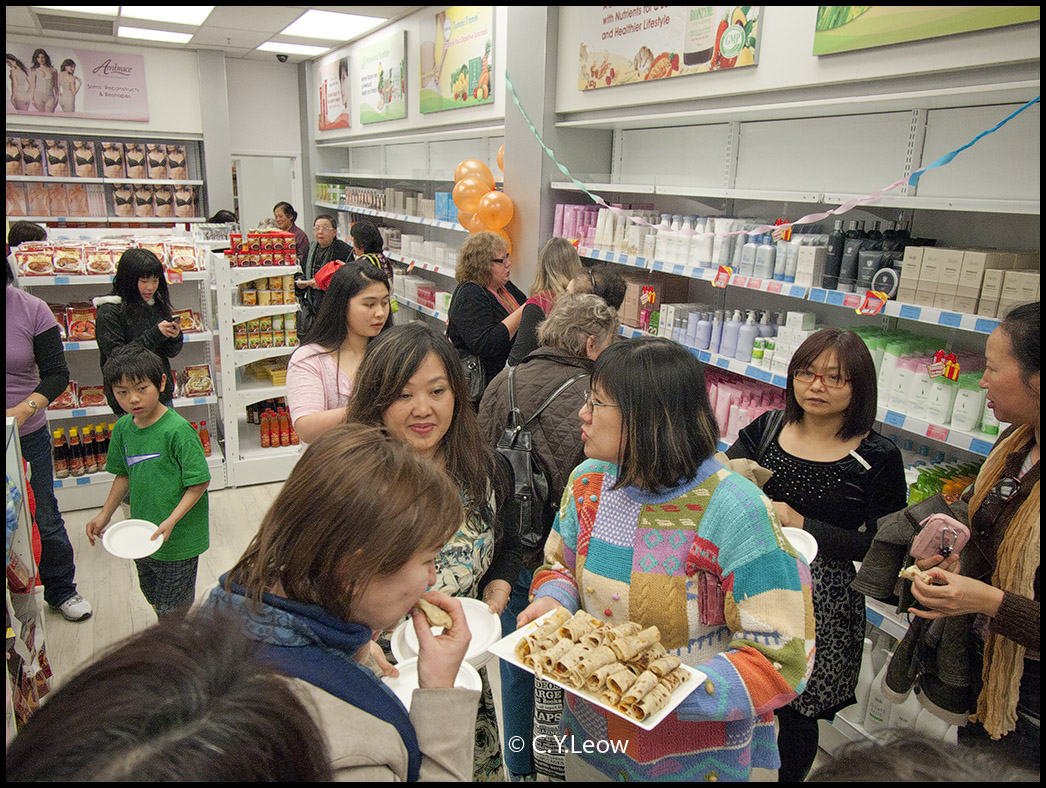 Guests at the opening were served roti wrapped with beef rendang made with eCosway spices.

Famous Last Words...
There are some controversies about how eCosway conduct their business, good or bad; I take my hat off for involved house wives that work very hard and long hours for this phenomena.

I wish them all the best and success :

(eCosway Johnsonville, New Zealand is closed for business as of June 2014)
Posted by cy.leow at 2:22 PM

I`ve never heard of the chain before. Now I have!Looks like a nice store and fitting opening.I shall have to find it`s exact location.

I'm opening my free store soon :)
I just wish & pray to all of you who are inspired to do this business, make sure you "Go all out" on networking for your customer base so that you'll pass the interview!

It is rather misleading that eCosway claimed the store is "FREE". No doubt you don't have to pay for the rental but the people who work there DO NOT get salary, I understand that a mere 2% of the gross sales are divided among the "staff".
In NZ this can be as low as $2 to $6 an hour!!!
In NZ the MINIMUM pay is $13.50 an hour, but of course you got a choice if you wanna to make eCosway laughing to the bank!!

I think you have the wrong information about eCosway, I have recently committed myself in Ecosway and the shop is just the vehicle for you to build your network, and the income comes from your network, not the shop. I think Ecosway has given people the choice to shop for the best best products and also earn an income. If I stop working my income stops but If I build my network in years to come I still will get my income. Cheers to Ecosway

This is a good write up, all those who dream of getting rich with MLM like eCosway; go read it :)
http://www.infobarrel.com/Is_Cosway_or_eCosway_a_scam

Good? More like crap and lots of inaccurate information. Your figures don't gel either.
I like the products from eCosway and has been a shopper since it opened in Wellington. The SE pendant is an amazing product and has worked very well for my whanau.