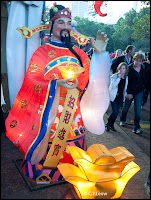 Every year for the last thirteen years Auckland celebrates the Chinese New Year with a grand lantern festival. This popular event is held over three nights at their inner-city park, the Albert Park.

Albert Park is a scenic park in central Auckland, bounded by Wellesley Street East, Princes Street, Bowen Avenue and Kitchener Street. From the entrance at the corner of Bowen Ave and Kitchener St, sealed footpaths climb steeply through native trees to the large flat area at the summit, where flower gardens encircle a fountain.

So we went on line and grab-a-seat on Air New Zealand, we also booked ourselves into the Quadrant Hotel which is a short walk to Albert Park. When our friends Casey and Irene found out where we are heading for this long weekend, they also join in to go :)

The four of us landed in Auckland Saturday afternoon, we pick up our rent-a-car from USave rental. With Casey driving, we head for the CBD.
We had our late lunch at Number One BBQ Restaurant, Commerce Street. Their service was fast but when our order came, we got a shock; the serving was SO BIG, three person can share a dish!  Reminded me of our experience in New York's Chinatown, same GIANT serving! My order, which consist of noodle and masses of BBQ pork was VERY salty. At $12.50, you can say this is a good bargain; what all that salt do to your kidney is another story though ;)  We ended up doggie bag half of our food.

With the help of our $8 a day GPS from USave car, we try to find our way to our hotel. To our annoyance, the hired GPS; a TomTom, was so user unfriendly that it drove us up the wall! What's worst, there are so much reflection on the unit that the driver can't see the display at all!  Luckily, Casey; our capable driver has been driving in Auckland and we arrived at the Quadrant with no help from TomTom!

We head for Albert Park at 6.30 pm, no getting lost here; you just follow the thousands of people heading for the same direction!  At the road side leading towards the park are dozens of Chinese, Korean, Japanese and other ethnicity food stalls to keep the hunger at bay. Trouble is, the crowd are so large that we gave up buying any! 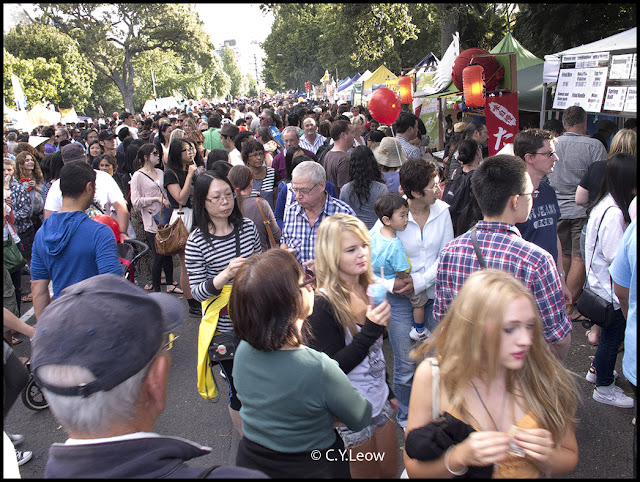 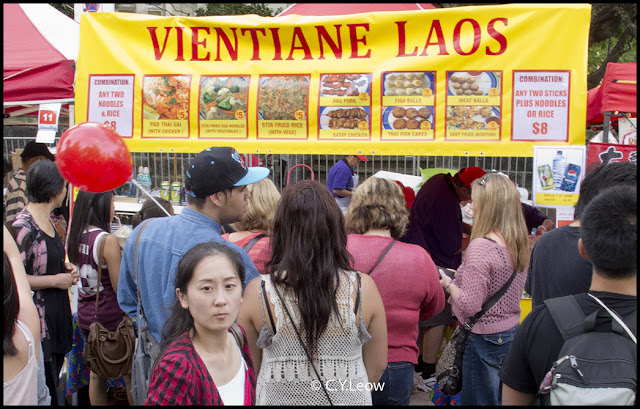 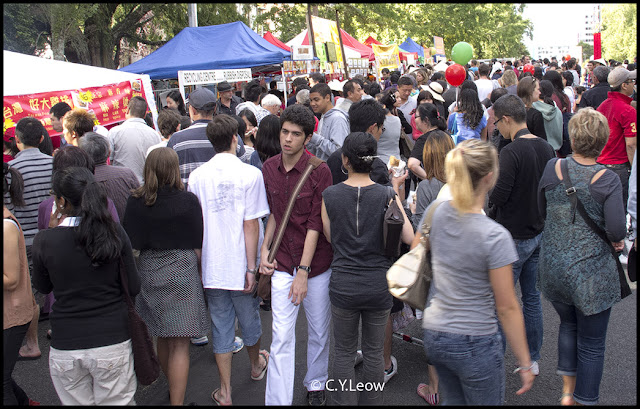 What about the lanterns?  Well, they are spread out all over the garden; most of the lanterns are not like what we remember, they are huge! 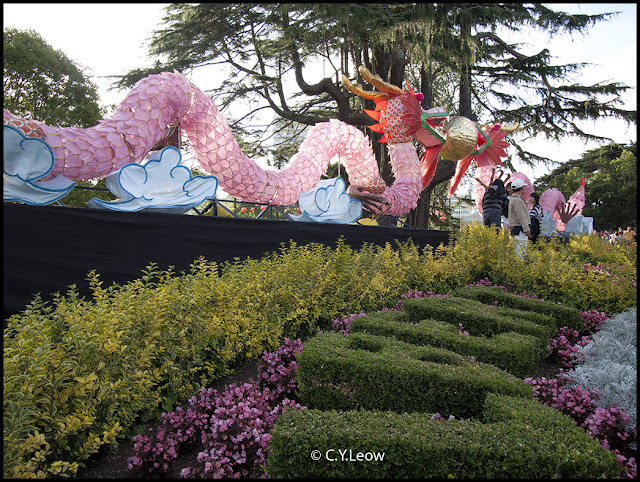 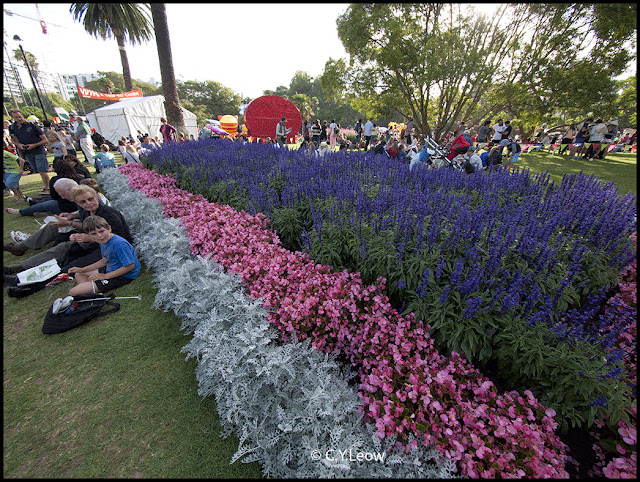 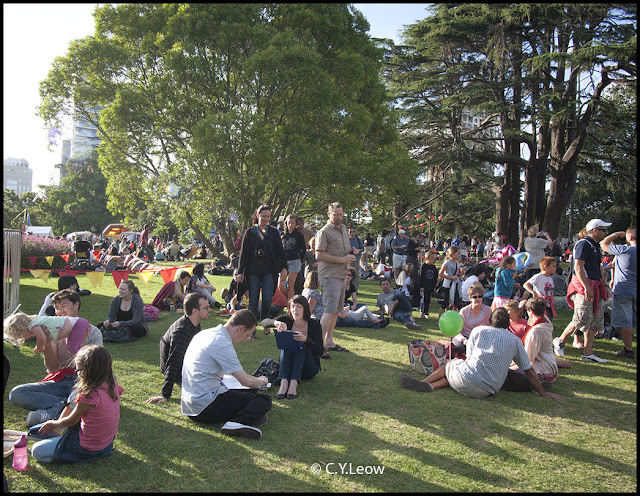 Albert Park became a park for family get together and a picnic ground. 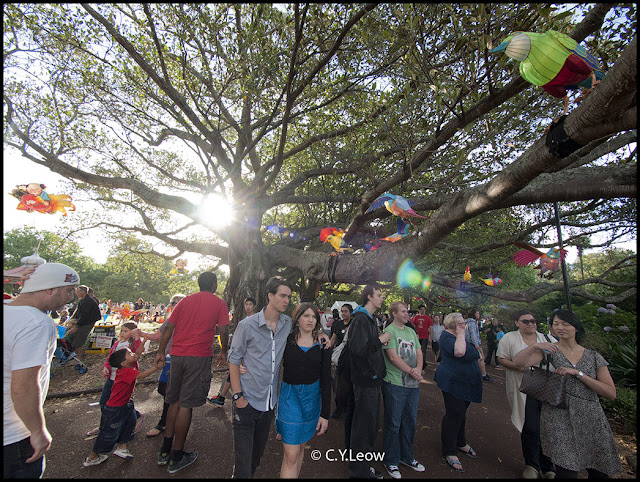 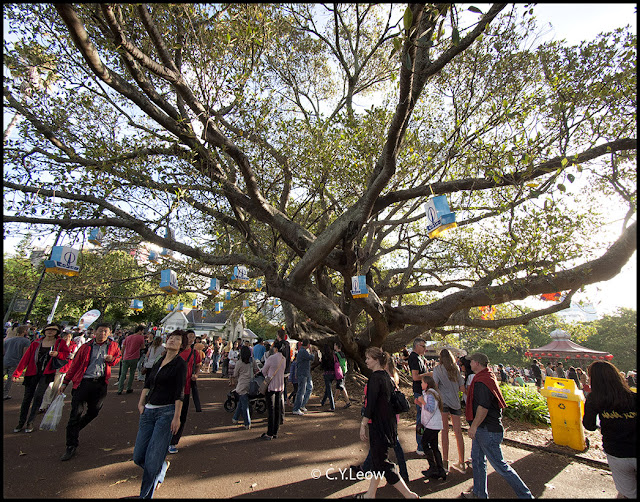 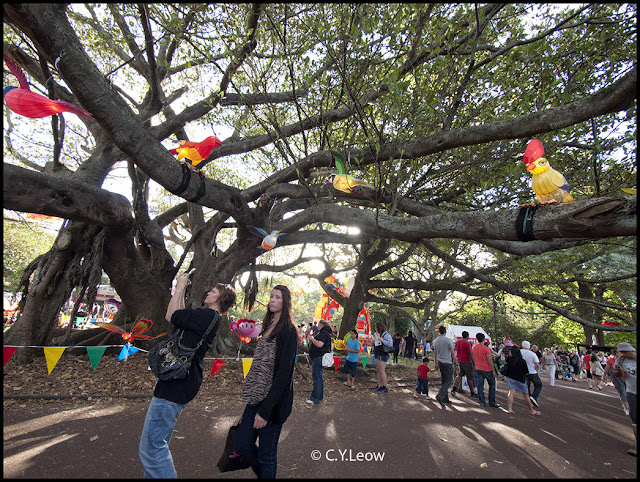 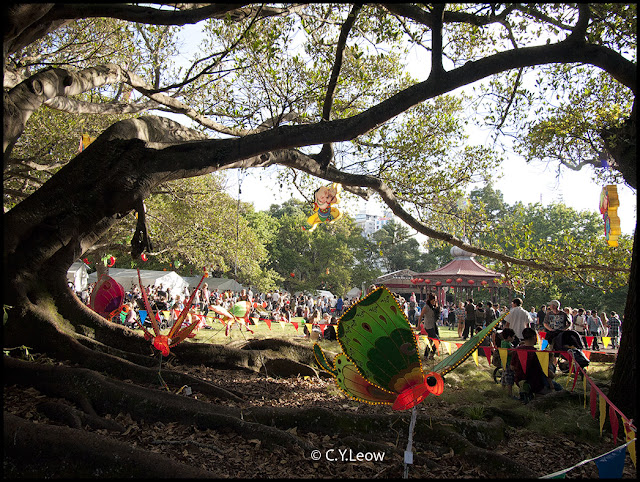 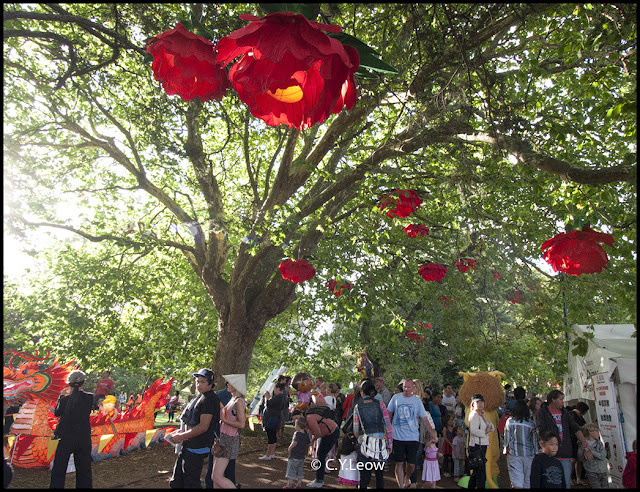 I was very impressed by a number of ancient looking trees in the park! Just look at those trunk and branches! Perfect for displaying Chinese lanterns! 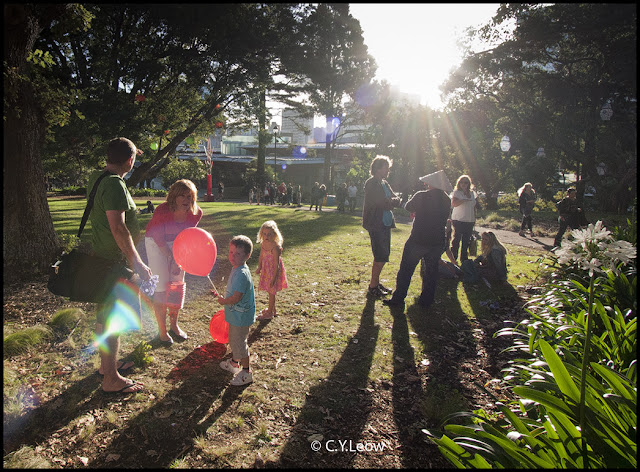 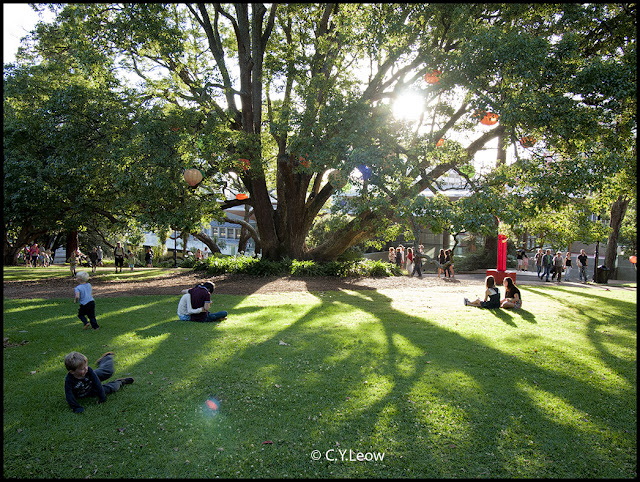 The summer sun was setting fast, this is the best time for back lit shots! Both of these shots were shot with the E-P2 and the Panasonic LUMIX G VARIO 7-14 mm F4.0 ASPH. 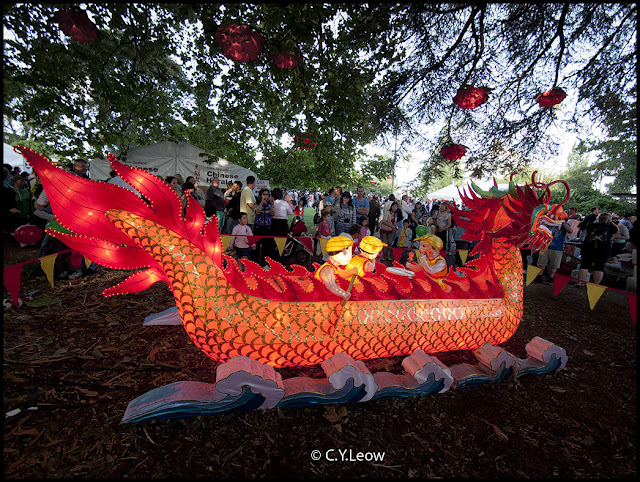 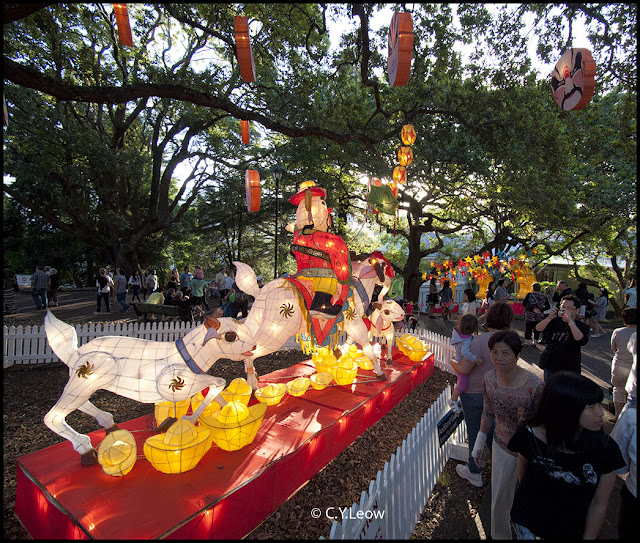 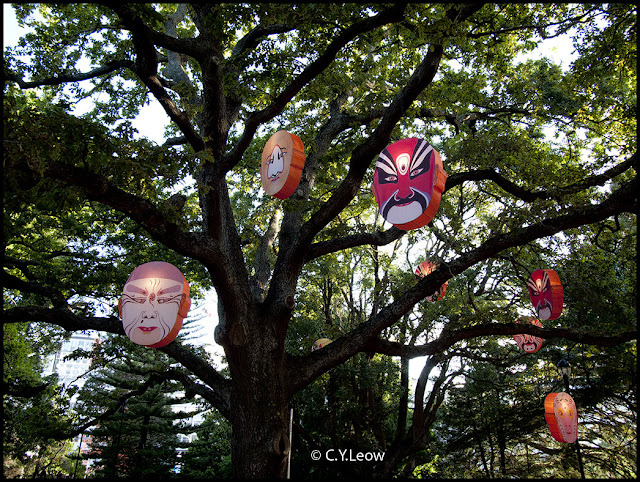 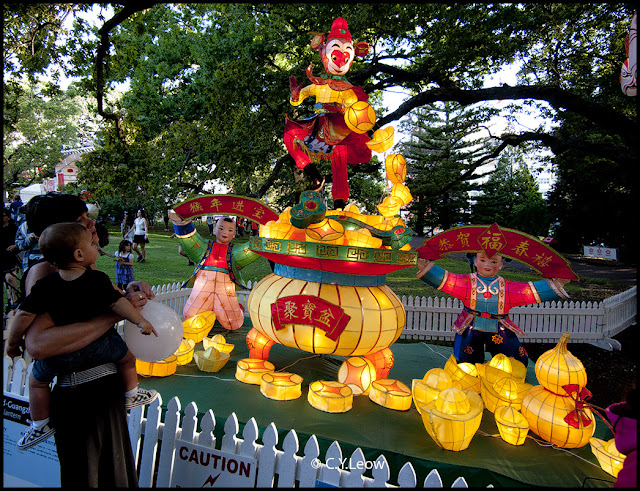 With day light fading fast, these lanterns begin to show their glory. 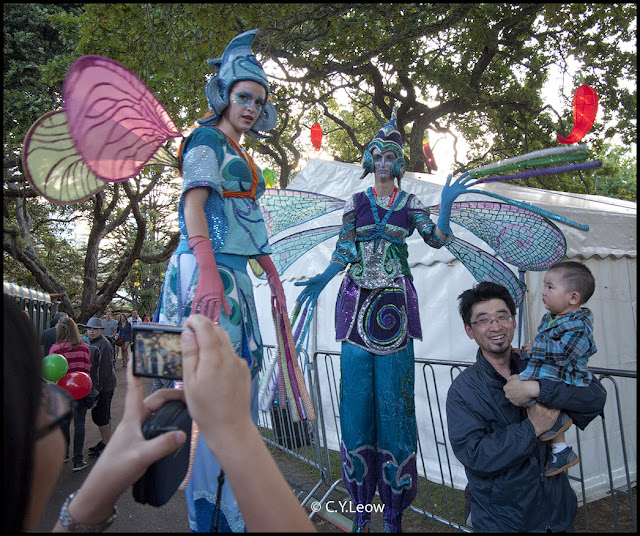 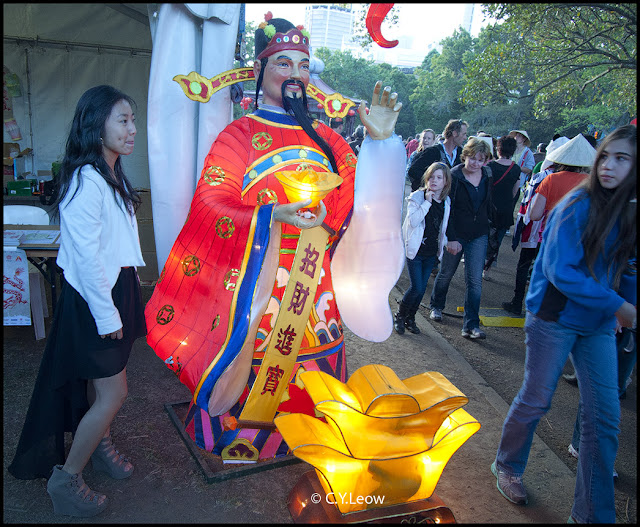 One For The Album seems to be the favorite activities at the festival ;) 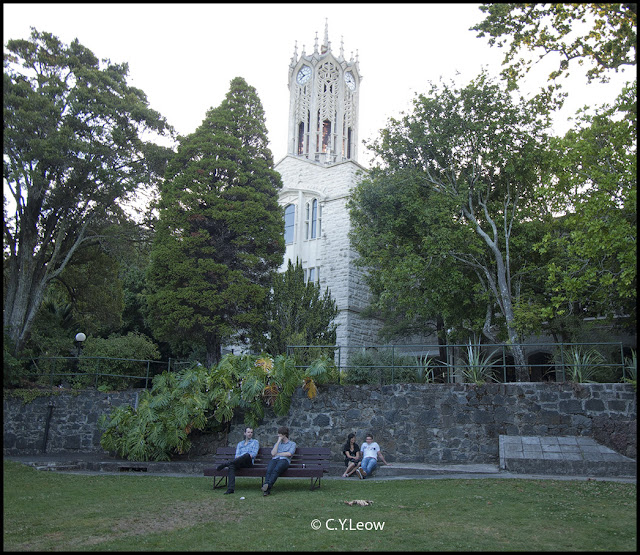 Far from the maddening crowd... relaxing at the University Garden which is a stone throw away from the lantern crowd.

The next day Irene and Casey went to the USave car rental office in town and got the silly TomTom GPS swapped to a NavMan, what a big difference that is! Now we are being guided by an American woman to where we wanted to go, no angst!

We went to Grand Harbour Chinese Restaurant for our Yum Char.

According to Grand Harbour's spin...

Yum Cha at Grand Harbour is very popular, with around 80 different varieties of steamed, deep fried, sweet, savory and spicy Dim Sum to choose from. By word of mouth, the reputation of the restaurant has spread quickly among local and national diners seeking an authentic Hong Kong-style dining experience.

80?  Who was counting?  The food was nice, but not outstanding. The restaurant is so popular, you MUST book; we did ours on-line, 5 days before. 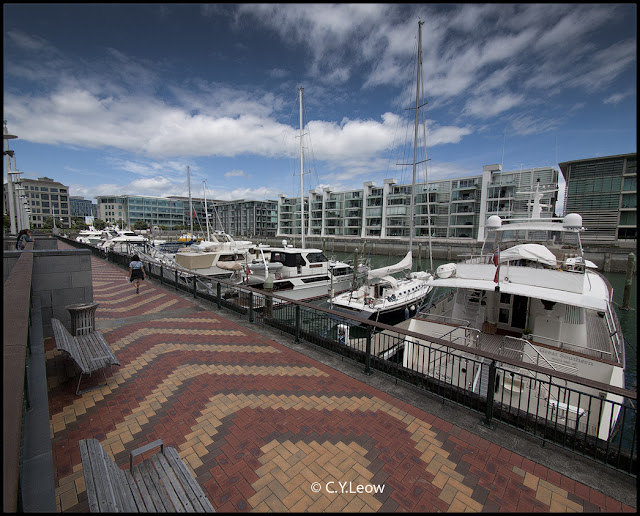 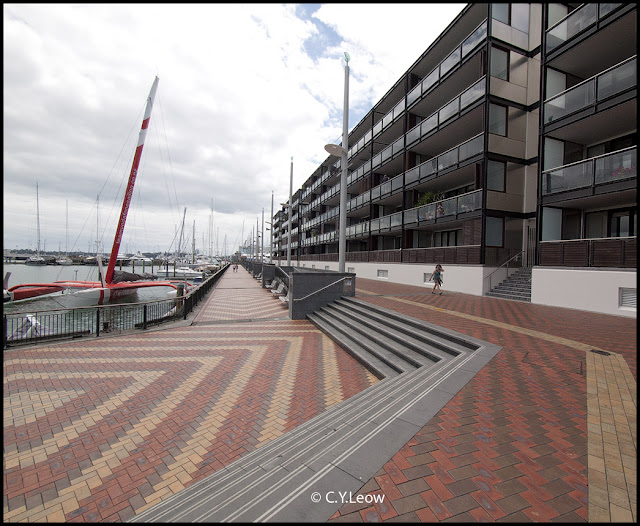 After our yum char we took a stroll along the Auckland waterfront admiring the million dollar apartment next to the marina.

The rest of the afternoon we went on a extended drive aiming for Matakana Village.  Along the way we lost an hour looking for Singapore Dried Pork & Beef shop at Meadowlands Shopping Plaza, seem this is the only shop selling "bak kua" that Le General craved ;) 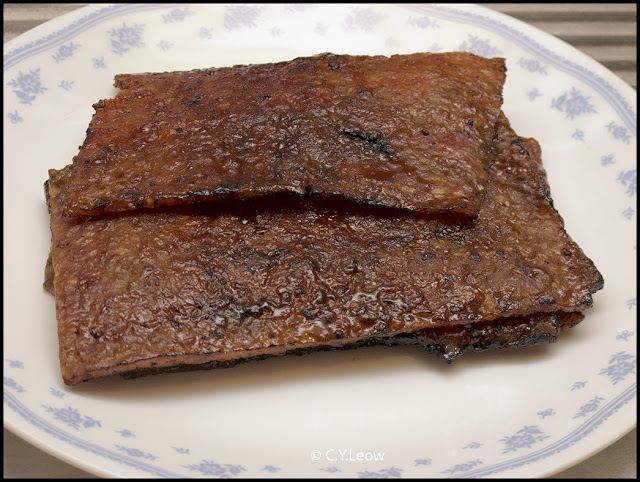 According to Rasa Malaysia... bak kua (肉干) or Malaysian version of jerky–little squares of dry-treated meat charcoal-grilled to perfection, with flavors so sublime words can’t even begin to describe! 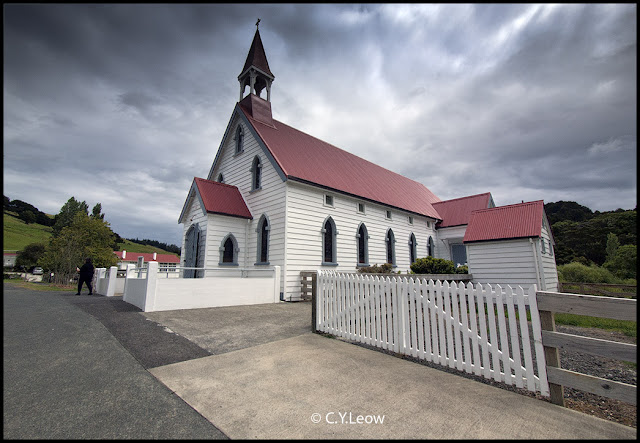 Stopping for a breather at Puhoi, beside this freshly painted small church. We stop at Warkworth for a late snack and coffee... two red cars were parked outside the shop, 2 POMS and a hot CHILLY ;) 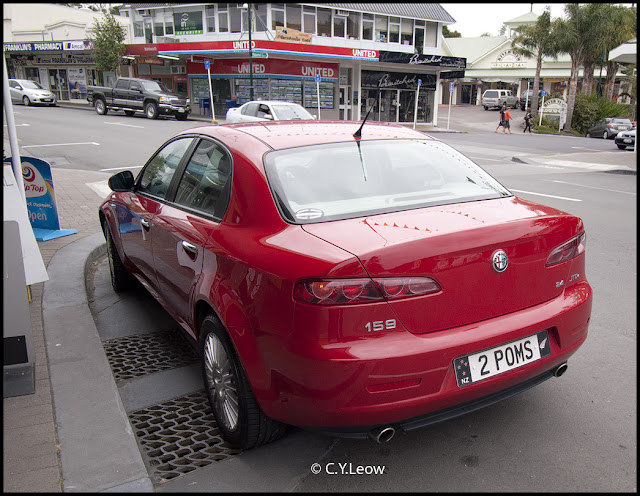 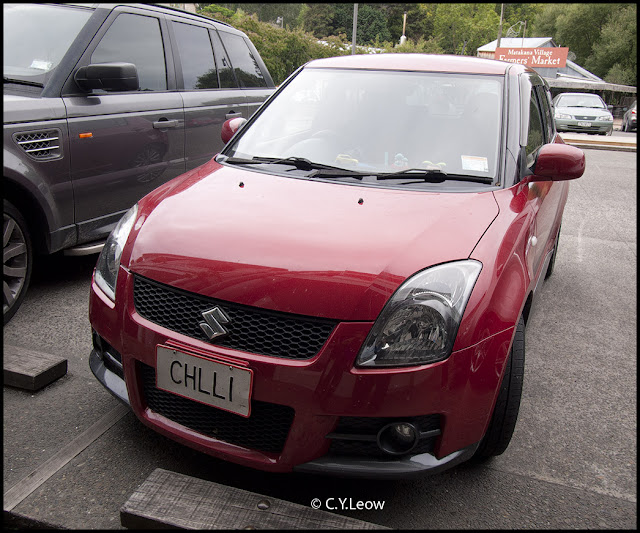 We got back to Auckland at 7.30 pm, Le General strongly suggested that we have dinner at Cafe Hanoi, because it won this award and that award and come highly recommended by this food critics and that... so we went.

When we look at their menu which boldly proclaim they are INTERPRETING the flavors of Hanoi, Casey and I grinned at each other.. we were never impress with this type of FUSION cooking ;)

As expected, we were not impressed after paying $100-00 for our meal; I don't know about the ladies but Casey and me would rather have a good steak ;)


The next day, Waitangi Day; a public holiday Monday, also the day I turned 65 :(
I received two Happy Birthday SMS from my pride and joy; May-N from London and Ming-N at Wellington :) Happy to be 65? I rather be 45 ;)

We check out of the hotel at 10 am and went to Queen Street, looking for Chinese breakfast but found most shop closed! Finding a parking is just as bad in Auckland and you still got to pay on a public holiday. We settled for bacon and eggs at a pub.

We left Queen Street ninety minutes later with Casey and me owing a new pair of Florsheim shoes :)  They are very comfortable shoes, I was told you cannot get them in Wellington.

We flew back to Wellington in one of Air New Zealand's crabby old plane, far cry from the comfort of their new Airbus 320 that took us to Auckland!

It has been a nice long week end, to spend them with my dearest wife and good friends (thank you Casey and Irene) what more can I ask for?

Happy 65 to you my dear friend.Also all my regards to Babe.Teh

Happy Birthday to you! Interesting read! I went to Albert Park a few years ago. A lovely park in the city.I liked the big old trees and the historic buildings.
The lanterns are impressive.Would have been a good day .
I like the photo of the old church..I like the angle of the shot.