I was writing about PICCURE since 2013, as a matter of fact, I was one of the BETA TESTER for this incredible software!

If you want to know what this is all about, go HERE and read about it.

Three nights ago while processing one of my foodie shot for Facebook posting, my iMac asked if I want to update my present Piccure plug-in..

I did and when I ran it I was surprise the improvement the new update delivered! 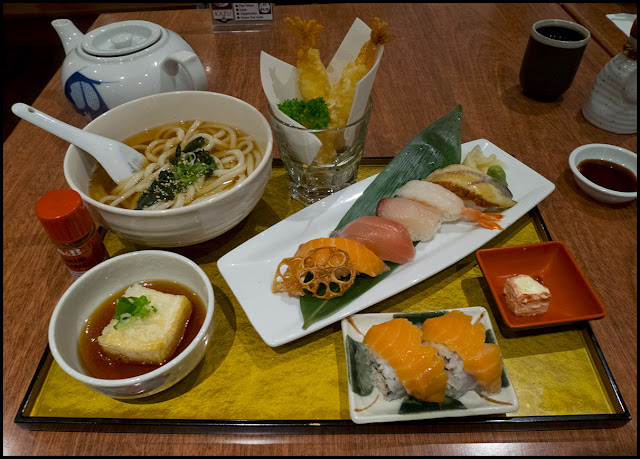 This picture of my Japanese lunch set look pretty sharp for Facebook posting, but at 1/20 second exposure, I knew there bound to be some micro shakes causing some blurriness when I need to enlarge it!

How do we find out?  By looking at part of the image at a whopping 200% magnification!

See that fried LOTUS ROOT in the middle of the image? 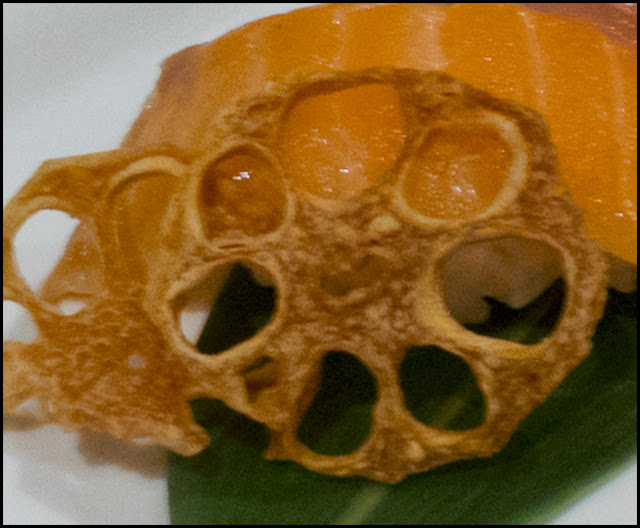 This is how that piece of fried lotus root look, at 200%, NOT very sharp!! 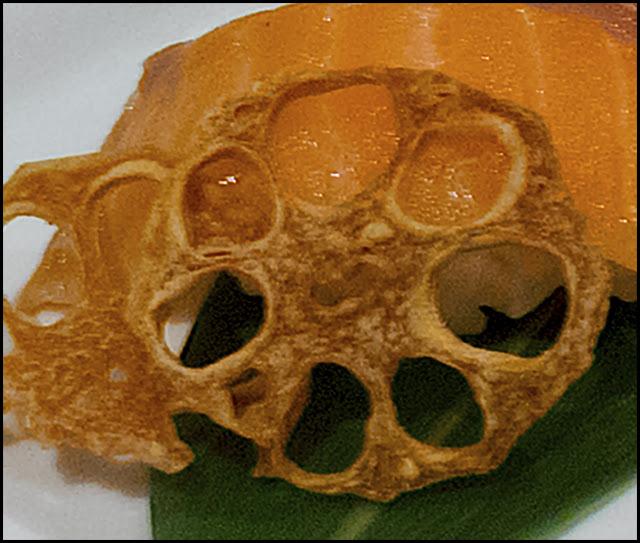 This is the same lotus root after the whole image was processed by PICCURE +!  Impressed?

What really impress me was the LACK OF ARTIFACTS, compare to the previous version!

PICCURE has claimed to be able to turn your $200 kit lens into a $2,000 super German optics is nearly there! 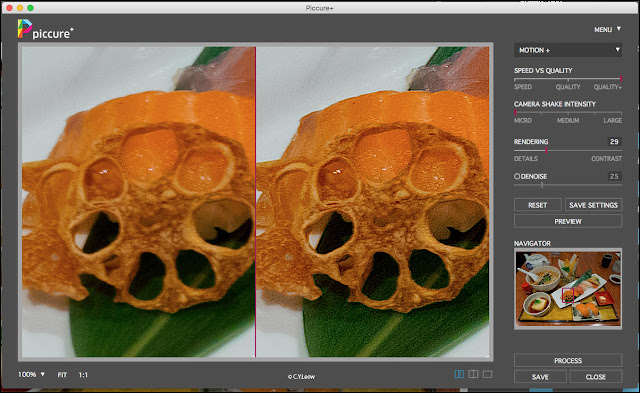 The new, more friendly interface and SPEED, it is much, much FASTER!! 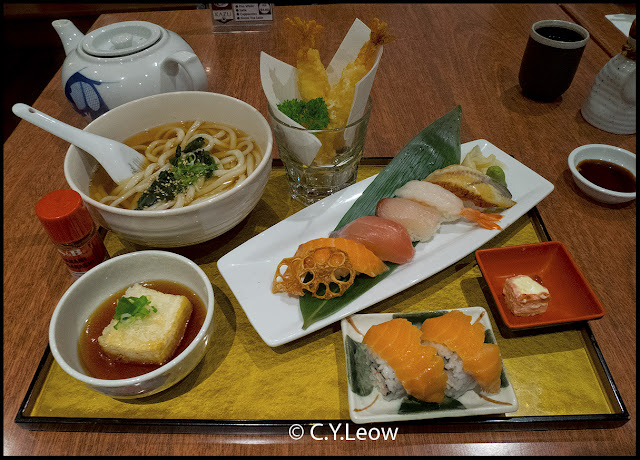 I am no scientist, but I think Piccure+ look at the image as if it was taken by a FLAWLESS VIRTURE LENS and it will attempt to correct whatever flaws found in the image. Piccure+ also has the capability to automatically correct the unique optical imperfections of a lens without relying on any predefined lens profiles. As a result, piccure+ can even be used for analogue film archives.

I put this to my contact at Intelligent Imaging Solutions GmbH (maker of Piccure+) and he confirmed it is true!

About the technology..
piccure+ adaptively determines a virtual lens, which represents the optically flawless equivalent of the actual lens used, and then corrects the image through a sophisticated deblurring process (deconvolution). The picture is corrected with the aim of reconstructing the scene as if it were taken through this optically flawless lens. The approach of correcting optical flaws through the process of deconvolution is not entirely new. NASA was able to correct the flawed mirror of the Hubble space telescope and save their $10 billion project from failure through this process.
The disadvantage of existing software solutions is that deviations from the modeled optical system over the true errors in the image often lead to disappointing results. Lens-to-lens deviations due to manufacturing tolerances cannot be accounted for. In addition, if no lens or camera profile is available, no correction is possible at all. 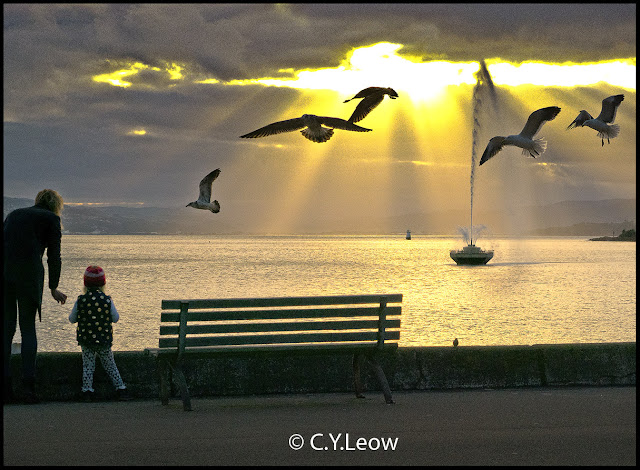 piccure+ differentiates itself from other solutions through several key features:
The complete list of improvements for piccure+ version 3 includes: 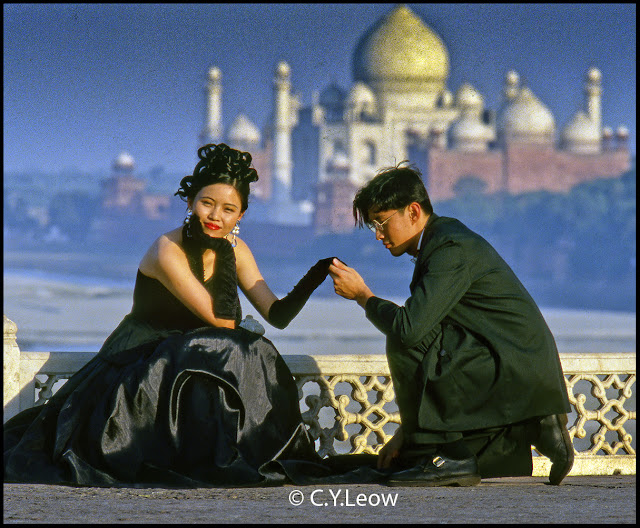 Look here for more detail on this marvellous software!
Posted by cy.leow at 2:45 PM

Email ThisBlogThis!Share to TwitterShare to FacebookShare to Pinterest
Labels: Software