Looking Back... Dr. M and His Words

On Thursday, 10 of May he has been sworn in as Prime Minister of Malaysia the SECOND time after his shock election victory, 15 years after he stood down!

During my career with The Star, Dr. M and Moi cross path many time..

I remember fondly that I was given a scolding by him when I try to snap a picture of him having his lunch in Alor Setar. The excitement when one crazy guy try to attack him in Kedah and was subdued by his body guards. But my most memorable moment with the oldest Prim Minister in the world was on Thursday August 19, 1982.

Fast rewind to that fateful day...

I was a young Photo Editor for The Star, waiting patiently for Dr M to come out from his meeting at the Second Army Division at Northam Road in Penang.

Standing beside me were photographers from other "larger" papers, Star was "nothing" to New Straits Time, Malay Mail, Straits Echo, Nanyang, Sin Chew and even Sin Pin and Kwong Wah Yit Poh!

Alas on that fateful day, the other photographers did not notice the Dr M's trademark slogan "Bersih... Cekap... Amanah" (Clean... Efficient... Trustworthy) that were hanging along the corridor!

I knew the shot I wanted and I chooses my lens for the best perspective to bring Dr M and his slogan together.

This was the front page of the Penang edition of The Star, the next day. 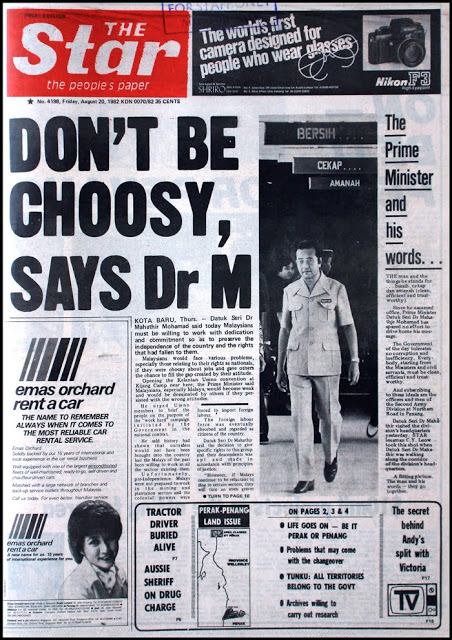 At the same time The Star in KL used the same picture bigger on page 5, but the impact was lost because of the really slag caption! 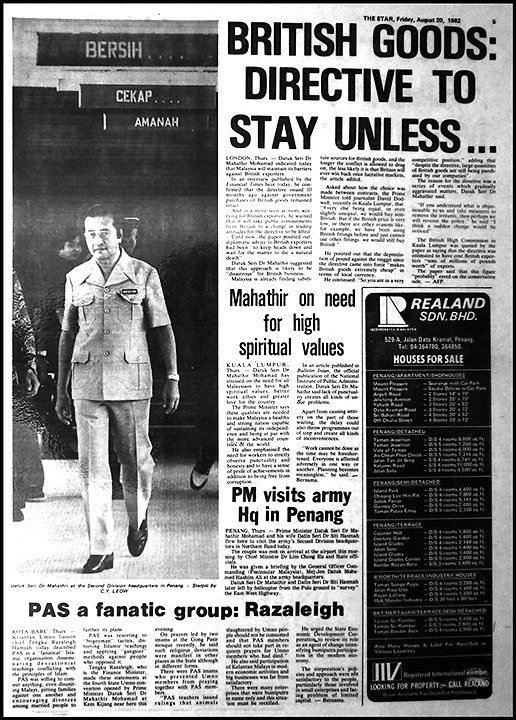 Below is the ORIGINAL picture in all its sharpness! 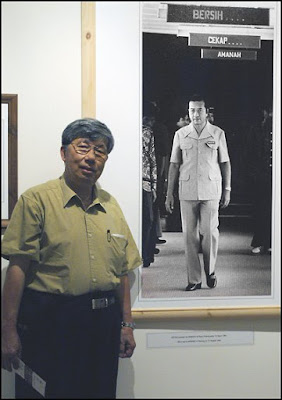 Fast rewind to November 2003, after 22 years; Dr Mahathir spend his last day as Malaysian Prime Minister. On the same day I arrived back to Wellington with my wife after an eventful 29 days stay.

Of my "short" visits, I spend a night in KL and finally got to meet up with Jeff Ooi!


It was a most memorable day in KL indeed, Jeff took me to the National Art Gallery to see the "1,000 faces of Dr Mahathir" where I saw my "famous" shot of young M walking past his famous slogan... it was a HUGE print, if not the largest but arguably, my friends told me; was the most memorable picture of Dr M, EVER! I leave the judgment to you.

Photo of Moi beside the iconic print was taken by Jeff Ooi. 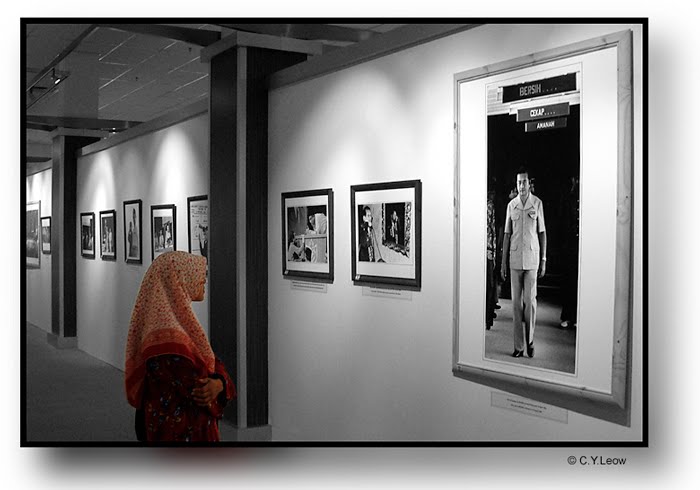 I took above picture with Jeff Ooi's DSLR, thanks Jeff! 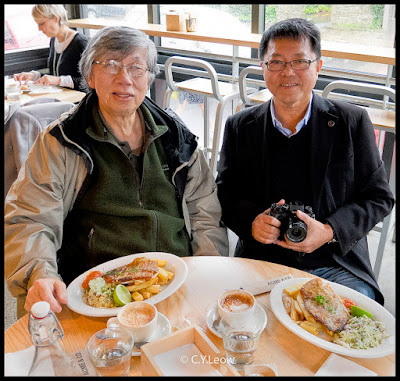 I was informed by Jeff Ooi that China Press used my Dr. M picture on their front page yesterday.  What! No credit?  How and where did they get that picture from? 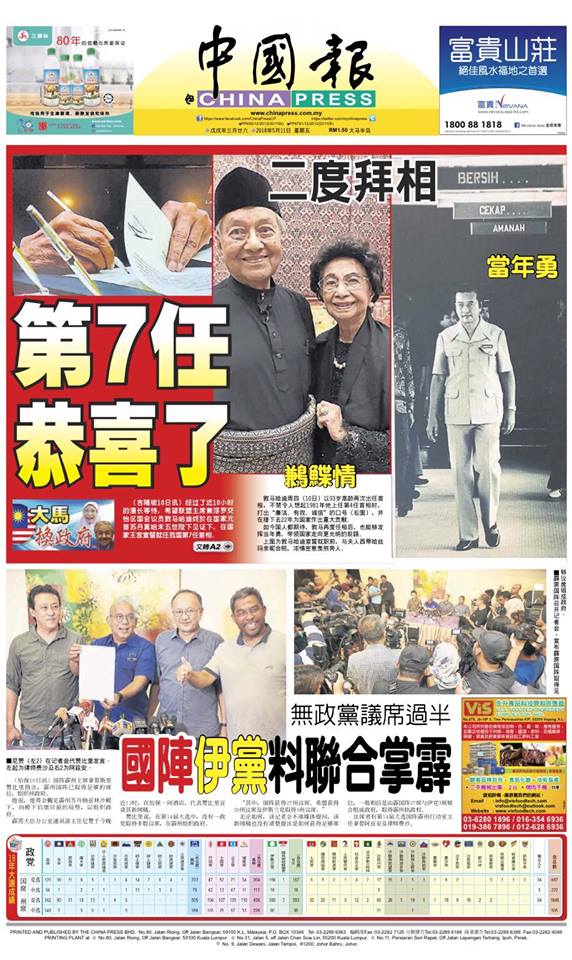 Ex colleague Chan Lee Meng also inform me that ABC showed my Dr.M pic in their summary. Thanks Lee Meng.

Finally... All the best Dr Mahathir, thanks for letting me record some of your great moments, please let me salute you for bringing HOPE to Malaysians again! 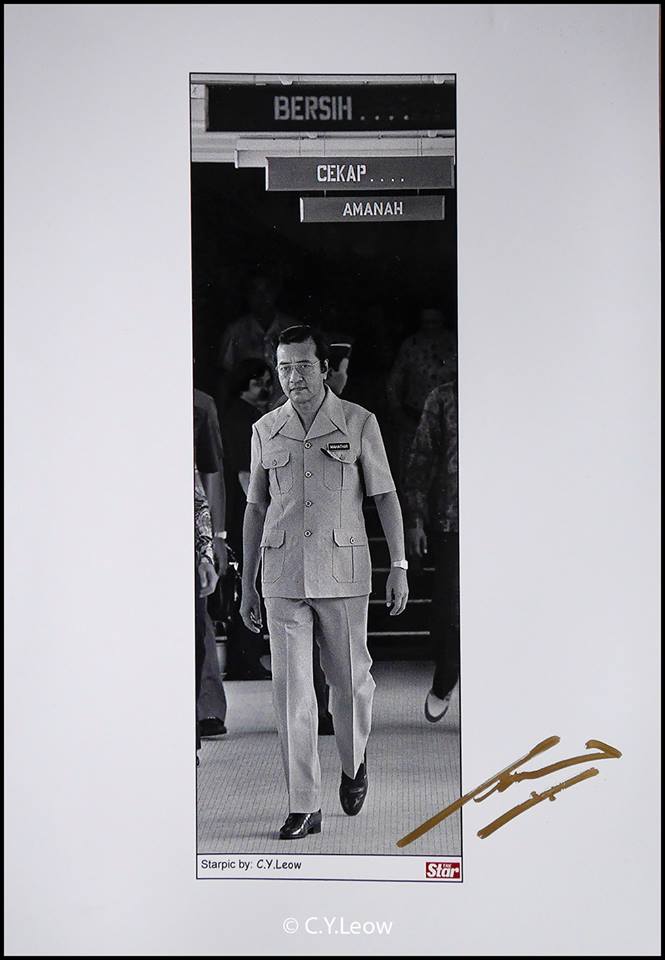 lens repairs Thank you for sharing such useful information!!