As a photographer I am always searching for what French-born photojournalist Henri Cartier-Bresson called the "decisive moment." 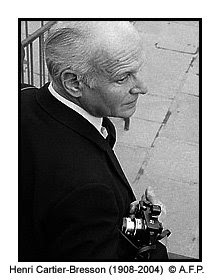 Henri wrote in 1957, "A velvet hand, a hawk's eye -- these we should all have. If the shutter was released at the decisive moment, you have instinctively fixed a geometric pattern without which the photograph would have been both formless and lifeless."


As a photographer I find it most satisfying and rewarding when I am able to capture a picture that is fit to be called "The Decisive Moment".

I feel that all photographers should aim for this goal.

A little history about the great photojournalist.

Shortly after the war, Cartier-Bresson found himself a founding member of Magnum, which his friend Robert Capa had dreamt up. Cartier-Bresson photographed around the world for Magnum, became the first Western photographer to photograph freely in the post-war Soviet Union.

In India he photographed the dying Gandhi (his discreet, respectful and unseen approach through the gap in some curtains on this occasion proving successful where Margaret Bourke-White, working for Life, had brashly intruded and had the film ripped from her cameras!).

In China, he photographed the last surviving Imperial Eunuchs in Peking as it was falling to the communists.

More about Henri can be found here:

Now and then in my posting, I will post some of my humble work that I feel fitting the "moment". Feel free to critics them if you feel they are not.

My first picture I titled "Encounter of the H2O Kind" :-) 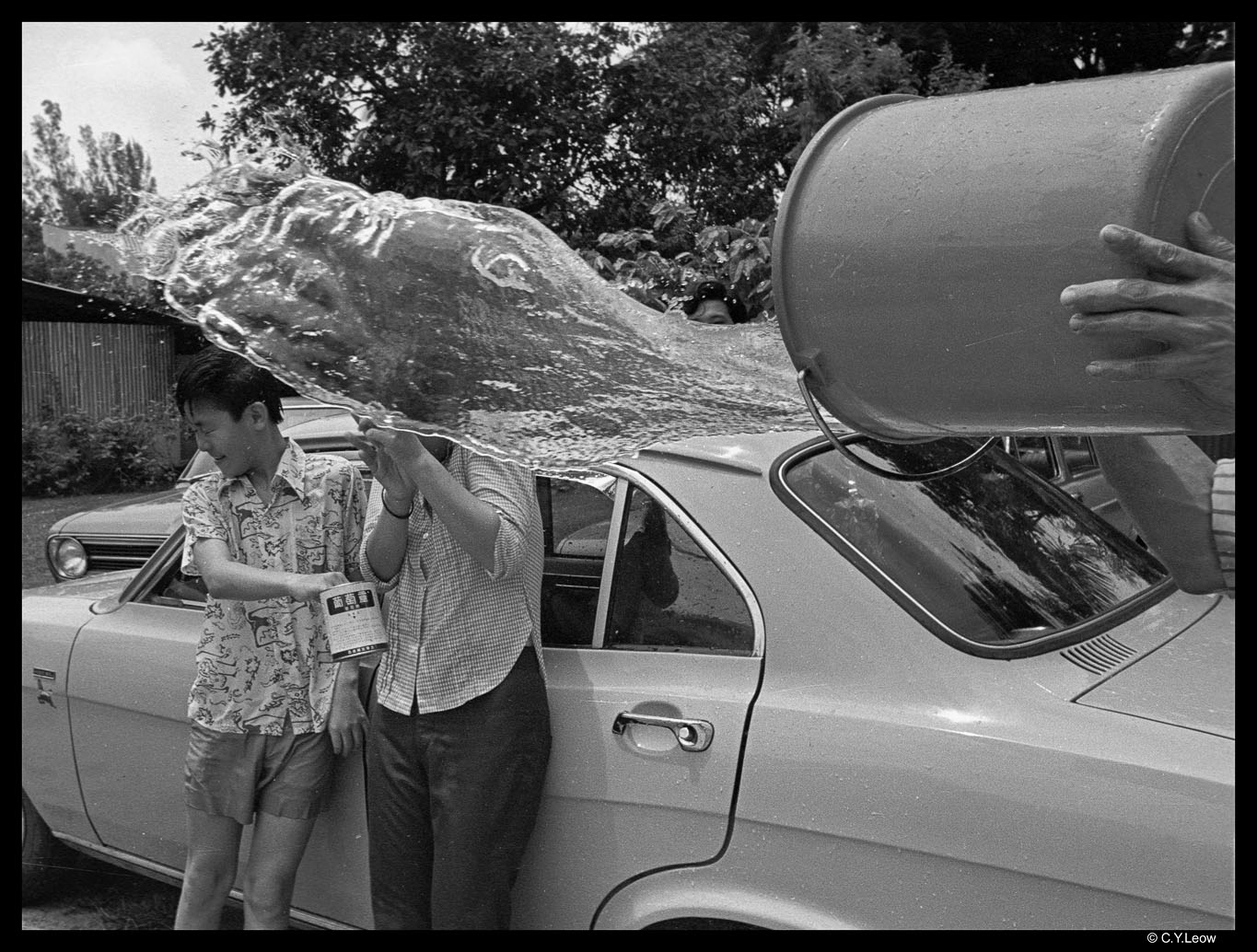 This shot was taken in the early 70s when I was sent to cover a water festival at a Thai temple in Penang.

My Nikon F2 had a 20 mm f2.8 lens mounted, as I swung around to capture the "throw"; I managed ONE shot and a most satisfying shot too!

To capture the UNEXPECTED, well; decisive moment shots are often than not, ALWAYS UNEXPECTED... you must have your camera READY for the unexpected.

For me, I always have a wide lens on the camera. 20 mm is my favorite lens on my forever "young" Nikon F3P. In my later working life I was using Canon EOS 1n while working for the Singapore papers, their 14 mm f2.8 became my prime lens. Alas that lens cost so much money that I cannot afford one now!

When I get send to a news job I always try to visualise what lens will be most effective for the job and in this instance the 20 mm pay off effectively. Oh... the shutter speed of my F2 was preset to 1/1,000 of a second before I arrived at the temple. Remember, a little preparation can mean getting or missing your shot!

When this picture was posted in a photo forum Tony Stone commented:

"What a neat shot. I have to admit that I checked the "victims" clothes carefully to make sure they were dry-otherwise, would have wondered how many times you had to drench them to get this shot as perfectly as you did!"

"Mr. Leow, A wonderful"grab shot"," Decisive moment" of the bucket and water and the two youth's reactions are just esquisite. This reminds me of our high school car washes when youth of any age enjoy this activity. Well done. Regards, Ron M."

"Hi Leow! Now that's what I call a 'decisive moment' shot! Not only that, I am truly amazed that you managed to compose the two "victims" on the left thirds and the bucket on the upper right thirds under such crucial situation. The composition imho, has make the shot even more dynamics. The exposure and the details are remarkable! Keep posting the great stuff!"

Happy shooting!
Posted by cy.leow at 1:33 AM

it certainly is a decisive moment! One millisecond longer and it would cease to be that "decisive moment".O wonder how many "decisive moments" you have missed over the years because you didn`t have your camer with you.Therein lies an argument for a pocket sized camera.Often these moments happen when you least expect them.

Hey Heather thanks for your comment! Believe u me, I went everywhere with my camera when I was with the paper and I caught all my decisive moment shots when I was actually covering a news event! When you SEE a decisive moment, like you say; a MILLISECOND event, if your pocket sized camera is in your pocket, you are TOO LATE!