Children of the Dam

Today, Sunday; March 7 is 10th anniversary of the Children's Day in New Zealand.

On this day I remember the "Children of the Dam"...

They were taken at Kuala Kubu Bahru, Malaysia; just before their homes and village were taken away to build a new dam.

Did the local wanted the dam? Was there a referendum? Are you kidding me, refer-what? Was it in the name of progress? Was there a hidden agenda?

As a photographer, I am only an observer; sigh :( But there are plenty who speak out against the dam, against dislocating the tribes that has lived there for eons!

A question was asked, "Would the RM2.14 billion Sg Selangor Dam follow the fate of the Sultan Abu Bakar Dam in Ringlet, Cameron Highlands in ten to twenty years down the line?"
You think the authority give a dam (damn)? I remember the children of the dam.... 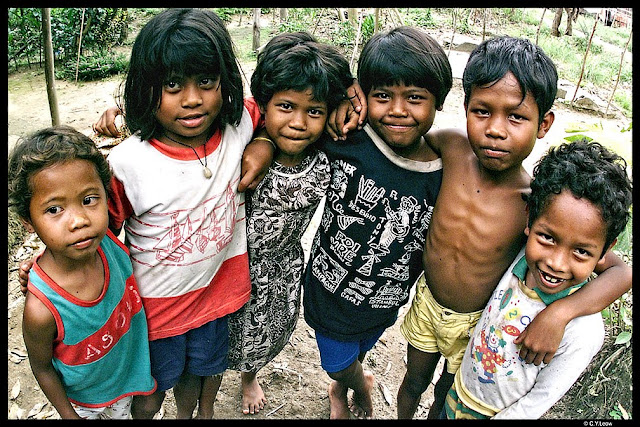 Putting on a brave smiles, these Orang Asli children are going to loose their village soon to a new dam. The price of progress?
This shot was taken with a 15mm fish-eye from a high perspective to portrays the "little people" theme. Kuala Kubu Bahru, Perak; Malaysia. © C.Y.Leow 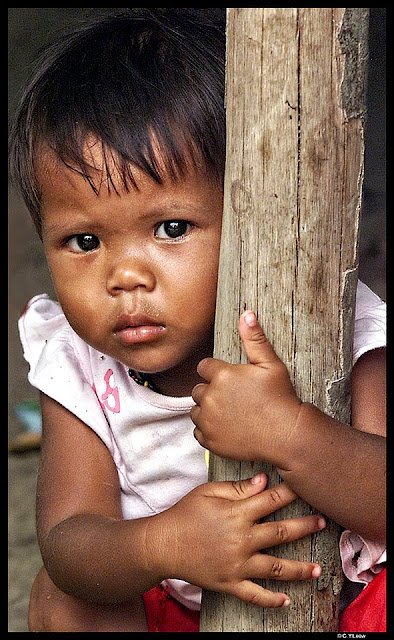 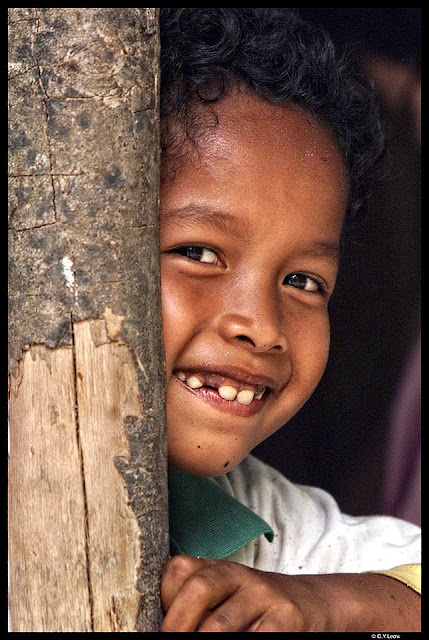 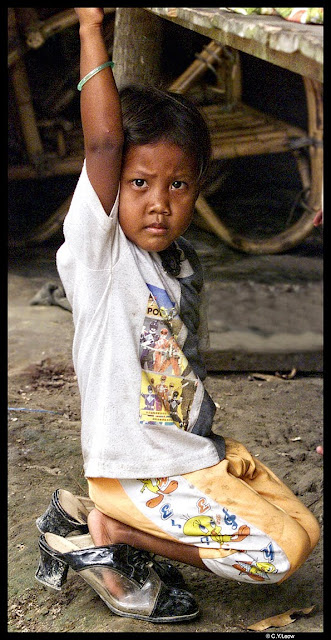 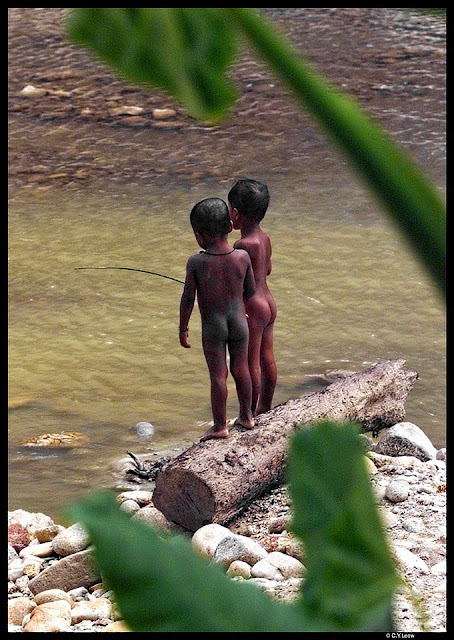 Fishing for fun or for food? Children enjoyed the river before it is lost to "progress". © C.Y.Leow 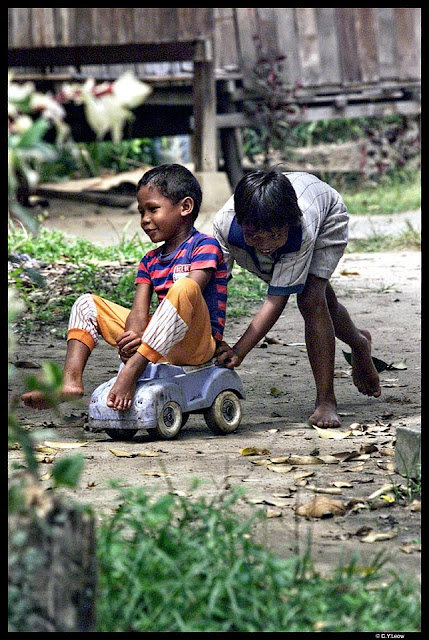 Racing round the kampong will soon be fond memory. © C.Y.Leow

According to a Temuan legend: "When the Orang Asli (Original People) are no longer visible, the world will end."

The inexorable march of progress!How many people have been dislocated and dispossessed by dam building?I remember the furore over the Clyde dam in Cromwell but I doubt whether the people in your photos would have much say in the matter.More`s the pity!