Half of the population of wellington seems to flock there when there is a Japan Festival in town!

We know the Sunday's spring weather was nasty, getting a park near the town hall venue was impossible; but we went anyway :)

According to Asia:NZ On Line , "Bring all the family to experience a genuine taste of Japan at the Wellington Town Hall. Sample scrumptious sushi while watching mochi in the making. Marvel at the antics of the visiting Chin-Don Ya group of street musicians from Japan.
Great entertainment ranging from high-energy Japanese martial arts to the quiet beauty of the traditional Japanese tea ceremony."

Well, because of other commitment we only saw part of the festival; but it was fun never the less! 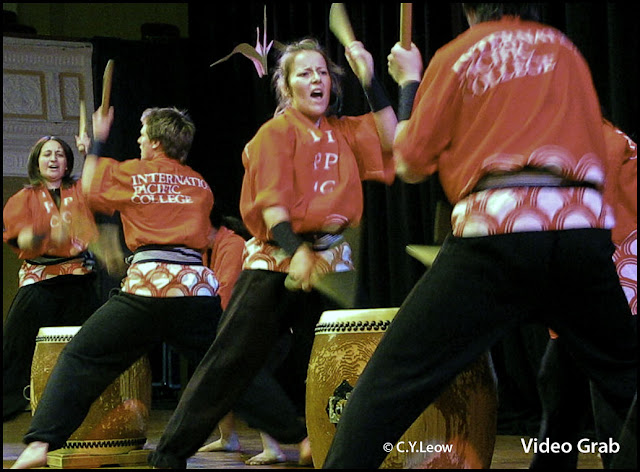 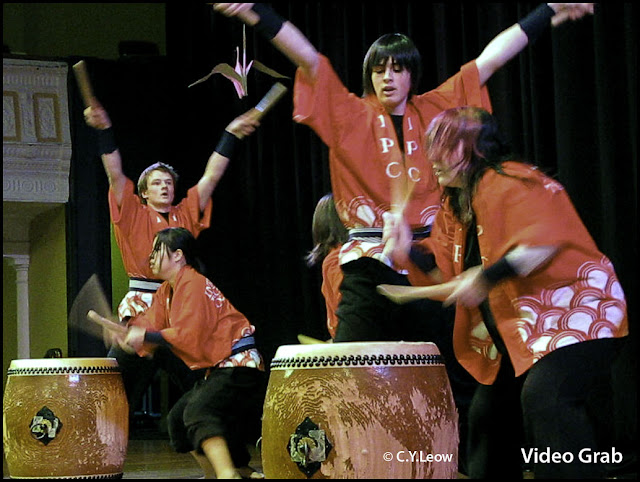 Students from the International Pacific College put on a very impressive Taiko drumming demo! Watch the video below! 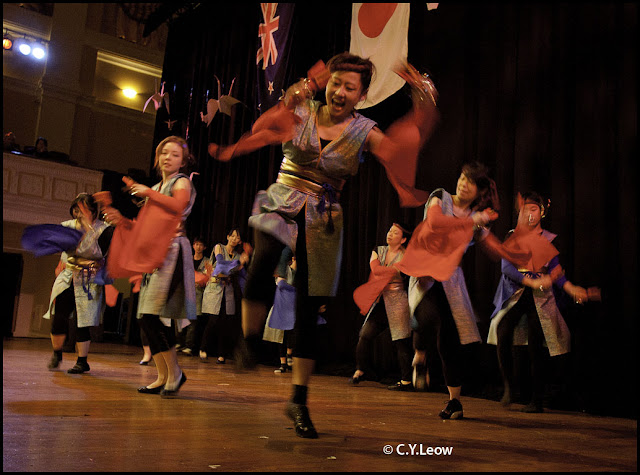 This is the Yosakoi dance, according to Wikipedia:

Yosakoi (よさこい) is a unique style of dance that originated in Japan. Yosakoi started in the city of Kōchi in 1954, as a modern rendition of Awa Odori, a traditional summer dance. Yosakoi-style dancing has spread throughout much of Japan. The style of dance is highly energetic, combining traditional Japanese dance movements with modern music. 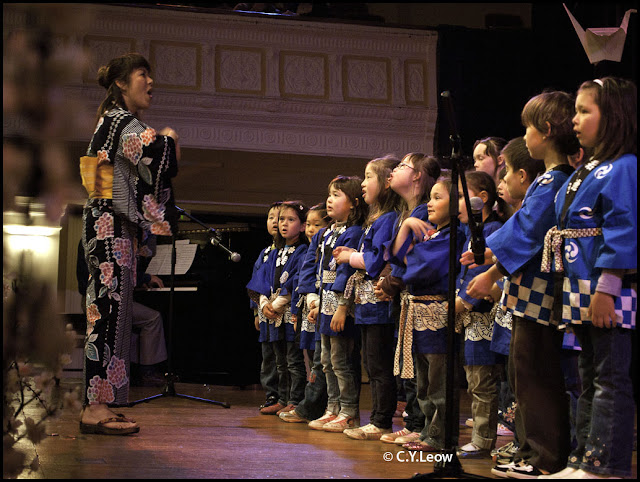 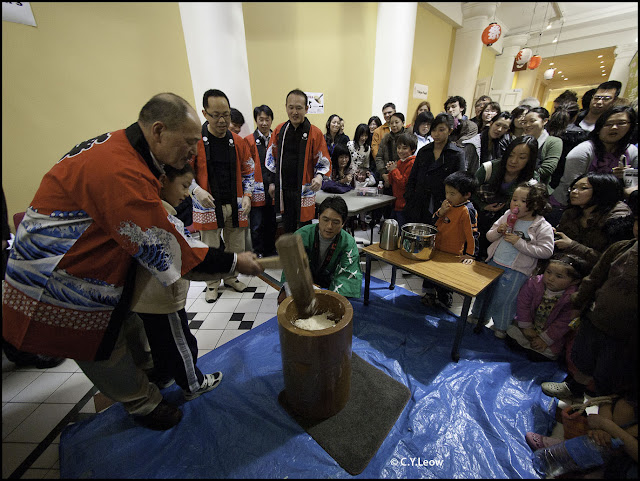 This is the first time we saw the pounding of mochi, a Japanese snack we love! I did a short video of the process with my Olympus E-P2 + Panasonic 7-14 zoom.

Wikipedia explained: "Mochi (Japanese: 餅) is a Japanese rice cake made of glutinous rice pounded into paste and molded into shape. In Japan it is traditionally made in a ceremony called mochitsuki.[1] While also eaten year-round, mochi is a traditional food for the Japanese New Year and is commonly sold and eaten during that time. Mochi is also a prominent snack in Hawaii, Taiwan, Cambodia, and Thailand."

There were a beautiful collection of Japanese dolls at the show! I love these intricate traditional dolls! I collected four myself, they are NOT cheap! Take a good look and you will know why! 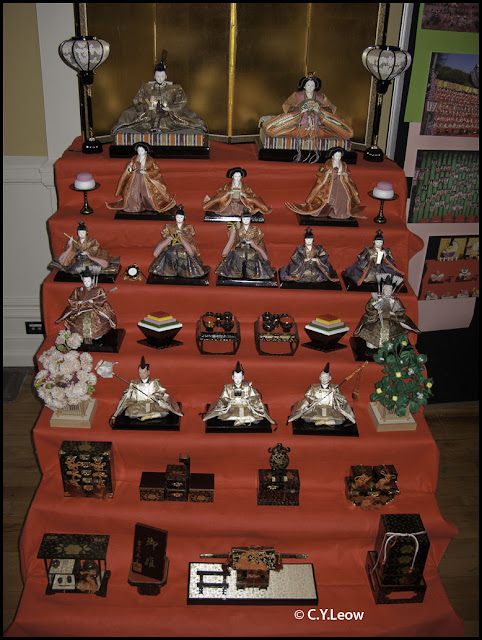 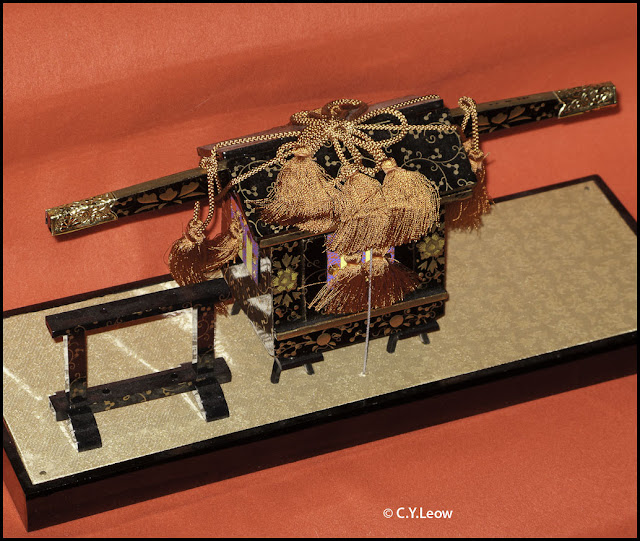 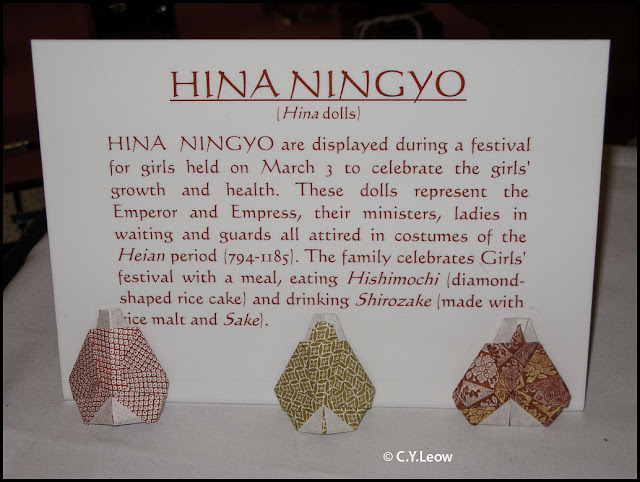 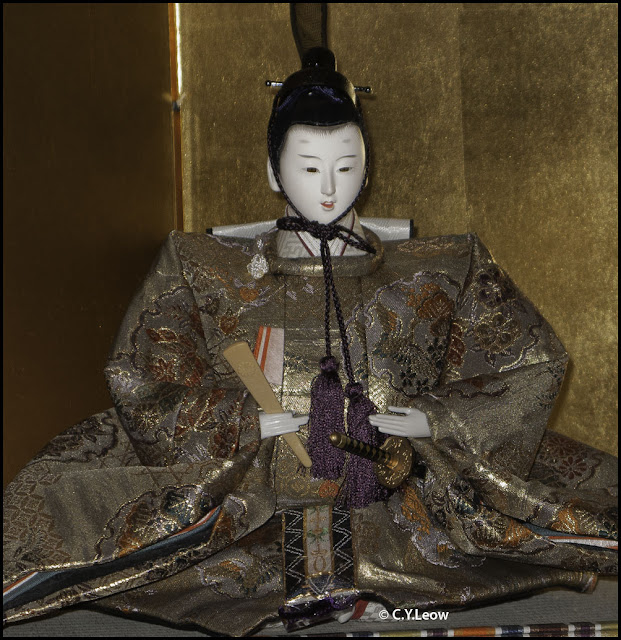 Oh... there are also plenty of living dolls in traditional kimono ;) 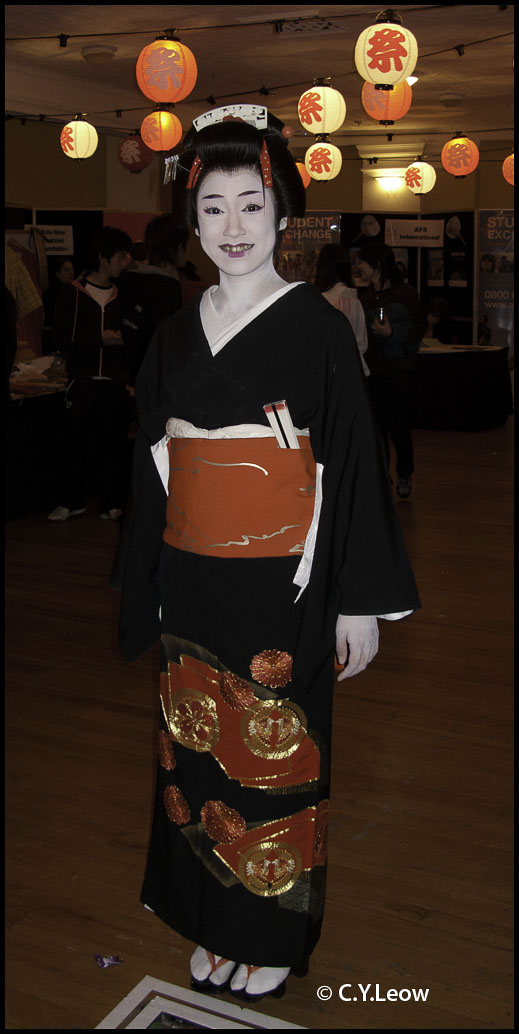 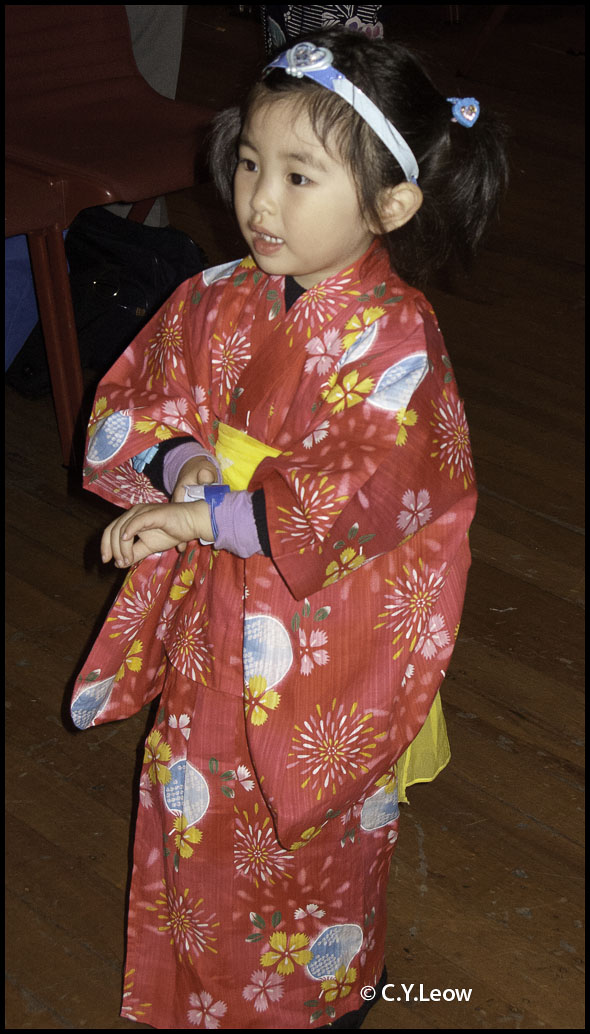 The highlight of the festival was when the audiences were asked to join in to the Bon Odori dance! Take a look at the video I shot with my Canon G9! Such a gem for beautiful video!

I learn from Wikipedia that, "Bon Odori is a dance performed during Obon. It is originally a dance to welcome the spirits of the dead. These dances and the music that accompanies them are different for every region of Japan. Usually, the bon dance involves people dancing around a yagura, which is a high wooden scaffold made of wood erected especially for this festival. During the dance the people that gathered around the yagura move either counter clockwise of clock wise, away and towards the yurgura. Some times they can switch direction in which they rotate around in the middle of the dance."

CY, do you bring your Dolly along for your video shot for the Japan Festival.....hahaha