I only met Wonder Woman P.G.Lim twice, I was then working as a Manager for her brother; Lim Kean Siew, in Penang.

I read and heard about what she has achieved, but alas I am only a photographer; not knowing how to put her achievements in words!

Thanks to my friend and ex-colleague Stephen Tan Ban Cheng for this tribute. 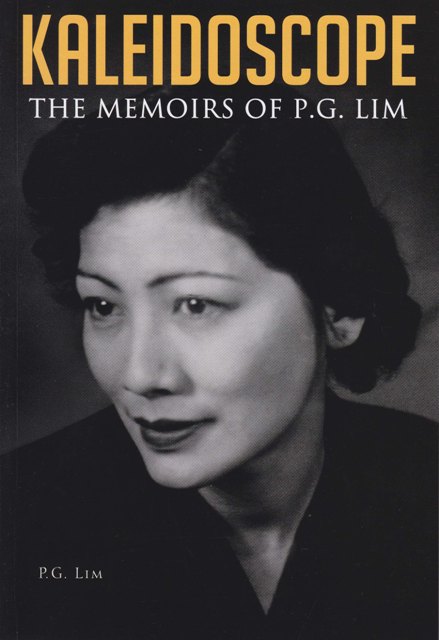 The first Cambridge-trained female lawyer and the eldest of eight children born to the late legendary lawyer Lim Cheng Ean, Phaik Gan was an ex-pupil of Convent Light Street in Penang. She helped introduce the trial-by-jury system to the country in 1954. She was also the country’s first woman Ambassador to the United Nations in 1973.

Born into one of Penang’s most famous landed gentry family, the late P.G. Lim was the first woman to obtain her Master’s in Law at Girton College, Cambridge University and used her legal training to give voice to the voiceless and hope to the underdog.

This gave life to the Lim family’s innate empathy for the underprivileged, the deprived and the down-trodden in society. She was active in promoting the work of the nascent trade unions such as Railwaymen’s Union of Malaya, the National Union of Plantation Workers, the Transport Workers’ Union and the Customs Union of Malaya.

The late P.G. Lim, who was called to the English Bar at Lincoln’s Inn in 1948, first made her indelible mark in her chosen profession when, as a junior lawyer, she assisted Sir Dingle Foot, a British lawyer and later politician, in the defence of Lee Meng, a female communist guerilla arrested in Perak with a hand grenade in July 1952.

In a trial that became celebrated in the then British Malaya, 24-year-old communist courier Lee Meng was tried under the Assessor system in the Federated Malay States. The Assessor system differed from that of the Straits Settlement which held its trials by jury.

According to Press reports at that time, P.G. Lim said, “We lost the appeal and Lee Meng was eventually sentenced to prison.” Possibly because of the formidable defence both counsel presented, Lee Meng saw her death sentence commuted to life imprisonment.

After 11 years in prison, Lee Meng, whose operational style Malayan Communist Party leader Chin Peng described in his book, My Side of History, as “reckless” … “but a dedicated and brave member,” was pardoned by the Sultan of Perak after strenuous representations were mounted by the Malayan Chinese Association and banished to China following a famous prisoner exchange.
Versatile Personality

That exposure to the grotesque injustice of the Assessor system did not dull P.G. Lim’s innate sense of justice, and she used it to crusade for the trial-by-jury system, a system she helped introduce throughout the then British Malaya in 1954, or three years before Malaya attained its Merdeka (Independence) on Aug. 31, 1957.

Ever the versatile personality, P.G. Lim went on to also play an important role in the Arts scene. She was the first Chairman (as it then was) of the Exhibitions Committee and Deputy Chairman of the Board of Trustees of the National Art Gallery from 1963 to 1971.

During those years, she answered the call of national duty when Malaysia underwent the May 13 Incident by serving as a member of the National Consultative Council that was set up following the suspension of the Malaysian Parliament.

In this stint of national service, the talents of P.G. Lim must have caught the eye of then Prime Minister Tun Abdul Razak who saw her skills in diplomacy. Tun Razak named her as the Deputy Permanent Representative to the United Nations with the rank of Ambassador. She served concurrently as the Malaysian Ambassador to the former Yugoslavia, Austria, Belgium and the European Economic Community.

Such was her reputation that within three months of her appointment, her sharp intellect and proven capabilities saw her appointment as one of the Vice-Presidents of the United Nations Economic and Social Council. Upon her retirement from Malaysia’s Foreign Service, P.G. Lim became the Director of the Kuala Lumpur Regional Centre for Arbitration (KLRCA) from 1982 till 2000.

In that way, P.G. Lim continued to earn respect as a formidable lawyer whose intellect was matched by her wit, using her talents to also protect and secure rights and economic opportunities for women through advocacy, said Prof. Datuk Dr Shamsul Amri Baharuddin, a member of the Nomination Committee, Education and Community category, in a citation for her Merdeka Award in 2009.

The late P.G. Lim also wrote her memoirs entitled Kaleidoscope: The Memoirs of P.G. Lim that was published only last year.

I had the honour of being seated next to this living legend and legal luminary at the Malaysian Law Conference at the end of October 2007.

This was nearly six years ago.

I can recall vividly that although Ms Lim Phaik Gan was never known to be a Christian, she same across in our conversation as upholding the three principles of the Micah Mandate: she acted very justly, she loved mercy and she walked humbly with her God.

Throughout the entire dinner, I found her company to be charming and inspiring.

May the Lord grant P.G. Lim eternal rest and may perpetual light shine upon her.

her memoirs would be be a juicy read! I bet she had to leave some things out.. she would have seen things and encountered people and events in her profession that she would never be able to write about.

Like what? Perhaps you can shed some light on the things left out?