They Doctored News Pictures In Malaysia Don't They?

Do they or they do not?

Of course they do, not forgetting photographers have been manipulating pictures since the medium was invented!

Fast rewind to September 9, I read with interest an news item in the Malaysia paper; The New Straits Times which was posted in Face Book...

PUTRAJAYA: THE photographer who covered the Hari Raya Aidilfitri open house of Prime Minister Datuk Seri Najib Razak and ministers on Aug 19 regrets that his picture has become a subject of dispute by an opposition party senator who alleged it had been doctored.

"Doctoring pictures is not part of my work ethic. In fact, it is not the work ethic of any Bernama staff. The allegation is an insult," said Harry Salzman Abu Bakar, a Bernama photograher.


For those who don't know, according to Wikipedia...

Most of the news media in Malaysia and Singapore and international news agencies subscribe to BERNAMA.

Yong said Bernama urged anybody to come forward to make a detailed study of the photo and Bernama would cooperate fully.

"We have nothing to hide about the picture," he said.

Joining in the "fun", Nikon Professional Services Malaysia senior manager Mahfooz NR said if the picture had been modified, it could be easily detected in the detailed data file.

One the same night I commented...

Cy Leow  I am challenging Bernama Yong to send me those photos (in full resolution jpeg) and let me be the judge ;) How about that Mr Yong, if you guys got nothing to hide!
9 September at 01:55

I even emailed Mahfooz to inform Yong, just in case he did not see my challenge ;)

Then on 16 September this picture appeared in New Straits Times web site... 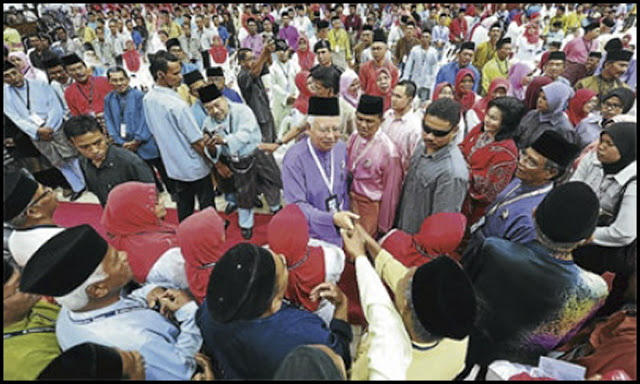 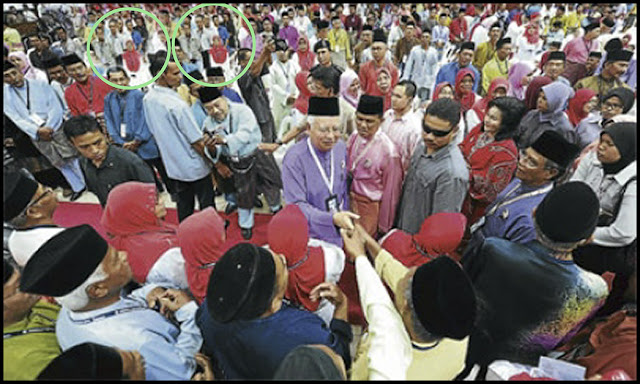 Notice that little girl in red dress and the people around her appearing TWICE?  It is clear as daylight the picture was DOCTORED!

This effect is relatively easy to achieve in Photoshop using the clone tool!

I was laughing at New Straits Times in Face Book...
My ex-protegee at the said paper quickly point out...

My friend alerted me to a Inside Malaysia news item a few minutes ago, it seems Bernama admits that photo was doctored; but Yong stressed further investigations were ongoing to determine the motive of the person concerned and whether there were elements of sabotage! 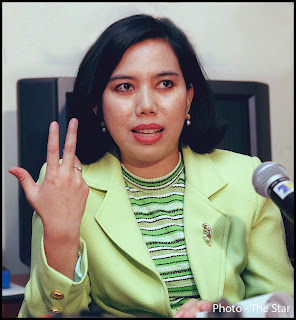 Doctoring of news pictures are NOT that uncommon in Malaysian papers...

Remember this front page picture in The Star many moons ago?

That was a much younger Ummi Hafilda Ali who was in the news a lot, that year;

As the Picture Editor then, that picture was selected by me but I thought it look different on the front page the next day!

I checked, the picture below was the original... 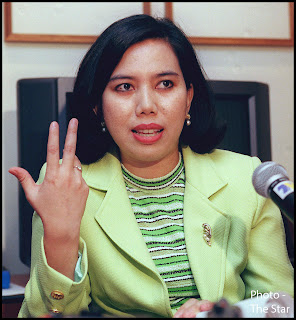 The "clever" Editor thought the news picture looked "BETTER" without the picture frames behind her, so he or she got one of the graphic artist to remove the two brown frames!

I am sure, a lot of you; especially Malaysians, after looking at the two pictures think the "removal" was NO BIG DEAL?  That was exactly what my Group Editor think when I told her of the doctoring!!    Sad :(

Ever heard of INTEGRITY, REPUTATION of the paper?
Can your readers believe in your news photos any more?

I won't tell you how many more time I CAUGHT news pictures that were doctored in the paper I worked for in Malaysia!

Errors in spelling and titles were spotted on the series of stamps issued to celebrate the Duke and Duchess of Cambridge's royal visit to Malaysia in conjunction with Queen Elizabeth II's Diamond Jubilee.

In a front page report, Kwong Wah Yit Poh said the mistakes might have been the reason why the stamps were not completely available at all post offices on Sept 13, the day of the launch.

In an enlarged picture of one of the first-day cover designs, it showed that Queen Elizabeth's name was spelt "Elixabeth".

Hello dear reporter of The Star...

The PAST TENSE of SPELL is SPELLED,  NOT spelt! Spelt is a kind of wheat!!

Talk about mistakes with QE II picture, I remembered fondly many years ago when The Star still published "Street Edition" that one of the film mounter mistakenly mounted a old Chinese lady's picture in the obituary page into a picture space where the Queen was to be!!

Hundreds of copies of the street editions were printed and hit the streets before the horror was caught and we have to charge around in our cars, frantically trying to retrieve all the copies! You should see the size of the apology the next day! Ha ha ha...

My colleague and friend commented in FB...Thanks Martin!!

Martin Smith - Do these guys call themselves professionals?
If they do then they must think the rest of the world is thick.
Having said that not everyone has a CY like we do...
Thanks CY a very interesting post & I will be looking a lot closer at newspaper pics in future.
6 minutes ago via mobile ·

Chong wrote: "Read your blog, Cy Leow and it brought back one particular memory of a certain photographer in Penang Star who had two shots of a goal being scored ... he merged the two and had the ball at the back of the net (no one was the wiser). I doubt the editor knew what happened either. But it was quite common in the 70s and 80s, no? Darkroom magic."