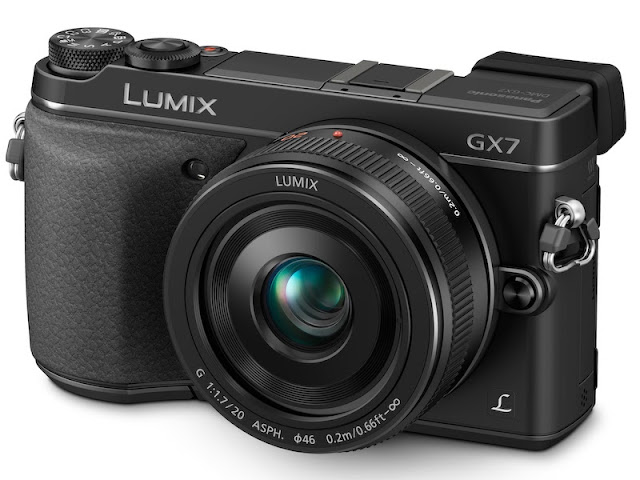 The handsome looking camera caused quite a stir and I noticed fan boys are already pre-ordering the new M43 wonder! 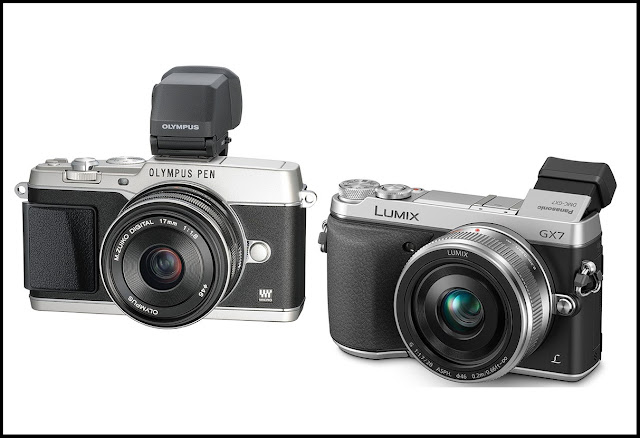 Placing the GX7 side by side with it's main competitor, the PEN E-P5; most photographers said the Lumix is better looking and more refined than the E-P5. Is it any wonder that E-P5 orders are being cancelled and changed to GX7!
Olympus should have see it coming, instead they stick to the "PEN concept" and opted for an external EVF.  Compare to the built-in EVF (and tilt-able) of the GX7, the E-P5 EVF stick out like a sore thumb!

Well, whatever the E-P5 have, so do the GX7; plus a few more ;) Plenty of reviewing web sites have all the details, I hate to repeat. The best site to read about it is HERE. 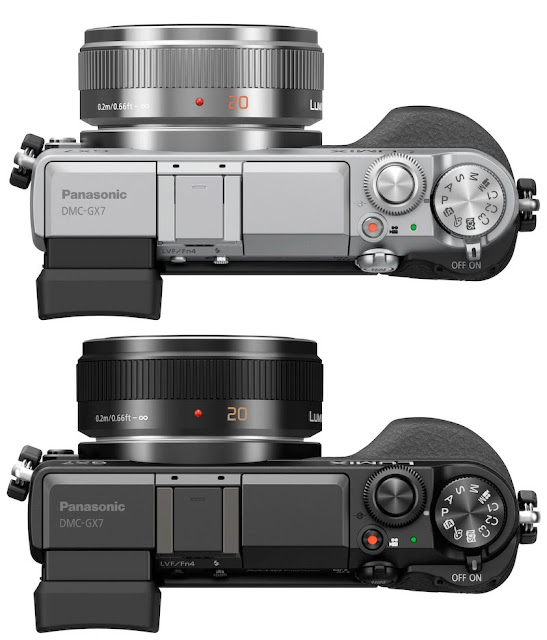 From the top... the silver and black versions of the newly released Panasonic Lumix DMC-GX7 cameras. Notice how well placed the tilt-able EVF is, on the left side of the body; just like a classical range finder!  Olympus could have and SHOULD HAVE done that, yet it is up to Panasonic who actually listened to all the feed back and launch a "PEN KILLER"!  I was really disappointed with Olympus :( 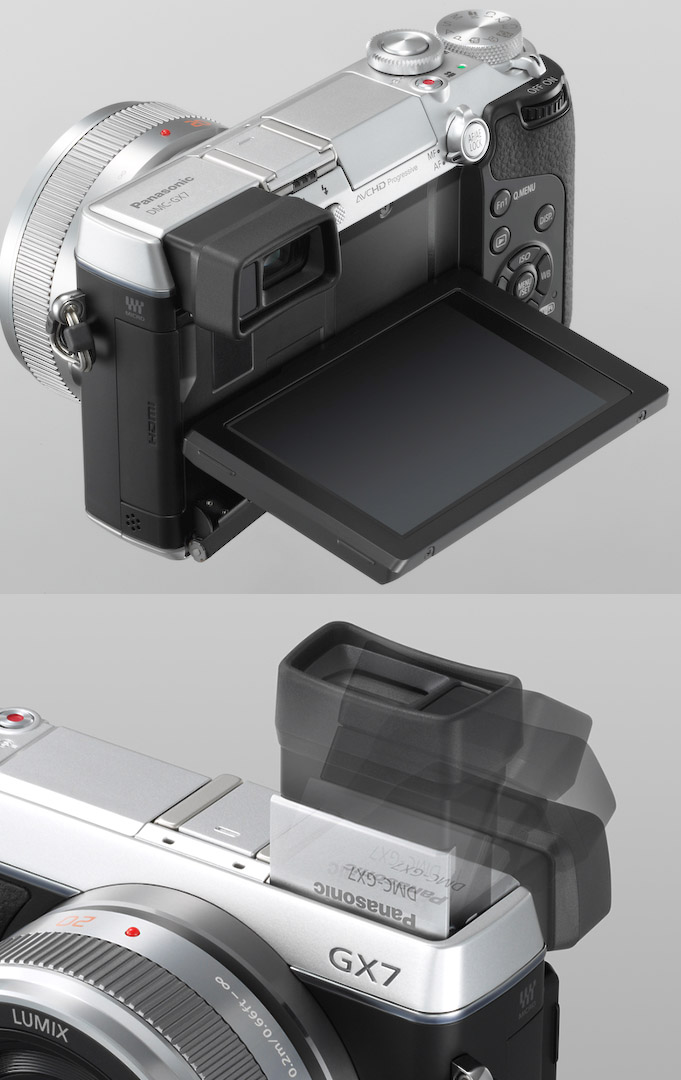 Both the LCD touch screen and the high resolution Electronic View Finder of the new GX7 are tilt-able!

According to 43rumors, the GX7 preorders are quite high and the camera is the most sold (preorders) mirrorless camera at Amazon (ranking can be seen here)!!

What about the quality of the images from this new camera?

"Most websites were not allowed to post image samples taken with the new 16 megapixel Panasonic GX7 sensor. There are 55 images at Photographyblog but at Panasonic’s request, they could not provide any pictures larger than 5 megapixels. But the website SuperAdrianMe posted some full size samples on Flickr (Click here). They also posted the first basic ISO comparison test (Click here)."

It will be interesting to see what Olympus going to do to take back the pole position in M43, like when they launch their epic PEN E-P1 in June 2009.

Email ThisBlogThis!Share to TwitterShare to FacebookShare to Pinterest
Labels: Panasonic